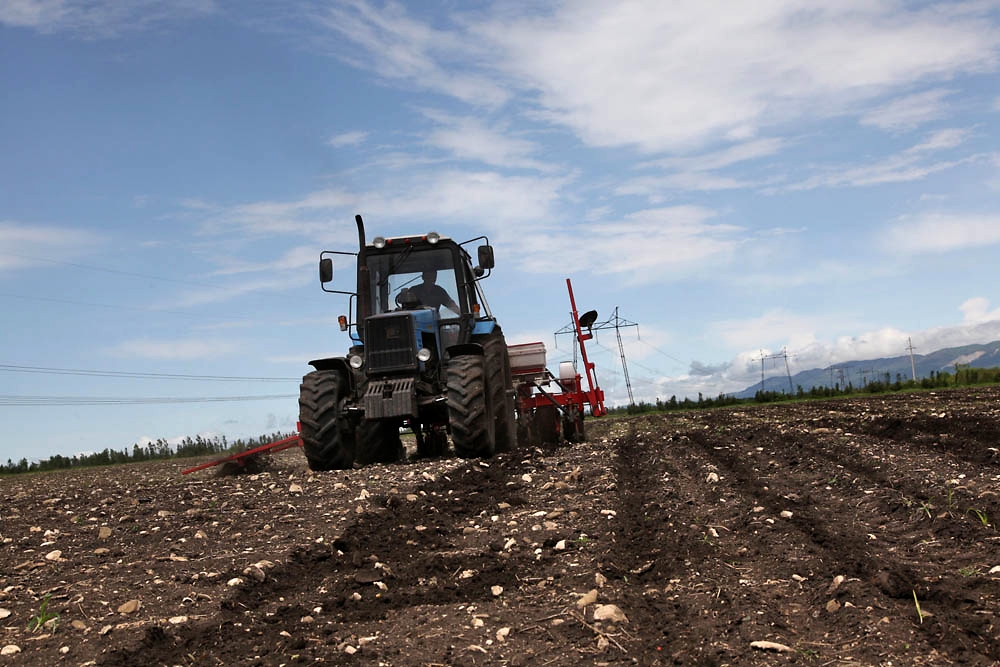 After coming to power in 2012, the leaders of the Georgian Dream coalition pledged to investigate suspected shady deals connected to former President Mikheil Saakashvili’s privatization campaign. But there has been little progress since then, and some observers even suggest that incumbent authorities are succumbing to the same tendency as their predecessors in appearing to prioritize foreign investment over individual property rights.

Property rights issues are particularly acute in areas along Georgia’s Black Sea coast, such as Samegrelo, where the government wants to develop some 1,000 hectares of land near the coastal village of Anaklia as a deep-sea port and logistics hub. China’s state-controlled Power Construction Corporation is widely expected to win the tender. Construction should begin this summer.

One family of farmers fears that their property could be swept up in the project.

In 2007, farmer Soso Akubardia and his father, Omar, acquired 48 hectares of land close to Anaklia, and started cultivating fruit and maize there. Two years later, they found that almost all of their land had been registered as state property, and transferred, along with 297 other plots, to Anaklia-Port, a local company, for the development of a deep-sea port and associated infrastructure.

Like hundreds of other Georgians, the Akubardias consider themselves victims of Georgia’s mishandled reform of its property-registration system. While registries still officially recognized paper-based land surveys as valid, digital became the new norm. Many landowners faced problems re-registering their property electronically. A flood of lawsuits over ownership ensued, particularly in areas where the government had an interest in selling large amounts of territory to investors.

Court verdicts usually have favored the state. Moreover, some landowners reported that officials intimidated them into dropping their claims.

By January 2013, prosecutors had received 9,350 restitution petitions, involving property valued at up to $4 billion. How many of the petitions have been acted upon or dismissed is unclear.

In the Akubardias’ case, the Ministry of Economic Development, which will decide on the Anaklia port tender, and now owns the title to the farmland that they also claim, shows no sign of giving it up.

The father and son have tried to reclaim the land in court, but failed. Last year, Omar Akubardia obtained new evidence — a cadastral map of an adjacent plot that named the disputed farmland as his property, and a certificate from the national expertise bureau confirming its identity.

A lower court reopened the case and ruled against the government. On appeal, though, the Akubardias lost both the case and their trust in the justice system. “This government is hardly different [from the last],” complained Omar Akubardia.

The Akubardias’ lawyer, Giorgi Santuriani, an attorney from the Georgian Young Lawyers’ Association, a civil-rights group, said that the appeals’ court “concluded that the new evidence should have been submitted during previous hearings, which was pointless.”

A case already has been submitted to the European Court of Human Rights. The Georgian Supreme Court declined to hear the case.

Anti-corruption watchdog Transparency International (TI) earlier underlined the need to clarify property disputes “and protect the interests of already affected owners” before work on the Anaklia port begins. The group’s Tbilisi office is still following dozens of similar lawsuits in Samegrelo, the region which will contain the port, as well as the neighboring regions of Achara and Guria.

In Achara, a regional commission, which TI and other non-profits watchdog groups have monitored, has returned to state-control 20 out of 63 properties sold by the government for nominal prices between 2007 and 2012. It is not clear how many of this number include properties involved in disputes over registration .

Evaluating the changes since 2012, when Saakashvili’s party lost power, TI lawyer Gia Gvilava complained that while the state has become “less aggressive” toward property owners, its overall approach toward property disputes is inconsistent.

“In less complicated cases, owners did regain property, but if the state had already sold [it], those cases stay unsettled, and there is no indication that the government cares about it,” Gvilava said.

Representatives of the Economic Development Ministry, the state agency responsible for selling state property and overseeing related investment deals, the Justice Ministry and the General Prosecutor’s Office did not respond to numerous inquiries about ongoing property rights issues.

Last March, the General Prosecutor’s Office announced that it had established a unit to consider 700 property claims. The office did not respond to EurasiaNet.org’s requests for details.

Some observers suggest that the government is not talking about the issue because it lacks the resources to handle potential settlements. Georgia’s current state budget contains slightly over $3.5 billion (8.5 billion laris), with just 40 million laris, $16.6 million, earmarked for compensation payments, including to property owners wronged under the privatization campaign, the finance ministry stated.

Last March, then Economic Development Minister Giorgi Kvirikashvili, now prime minister, said that if the government could not provide financial compensation as mandated by a court, it would offer property owners state bonds. The Finance Ministry, though, did not respond to a EurasiaNet.org question about this program.

The lack of funds to potentially compensate wronged property owners is not encouraging officials to be thrifty. A recent investigation by Studio Monitori, a documentary-film group, found that the government has pardoned fines worth over $500 million for at least 47 companies that failed to meet the conditions for buying state-owned property at nominal prices.

For 62-year-old Omar Akubardia regaining the title to his farmland is more important than receiving financial compensation, or bonds.

“The government claims Europe is [its future],” Akubardia said. “Is that possible if property rights are so unprotected?”

--This story was updated on January 19, 2016 to clarify the actions of the Achara regional property commission and the national government's budget for court-mandated compensation payments.