The prospects for completing the massive deep-sea Anaklia port project, potentially a key node of China-Europe trade, are now uncertain. 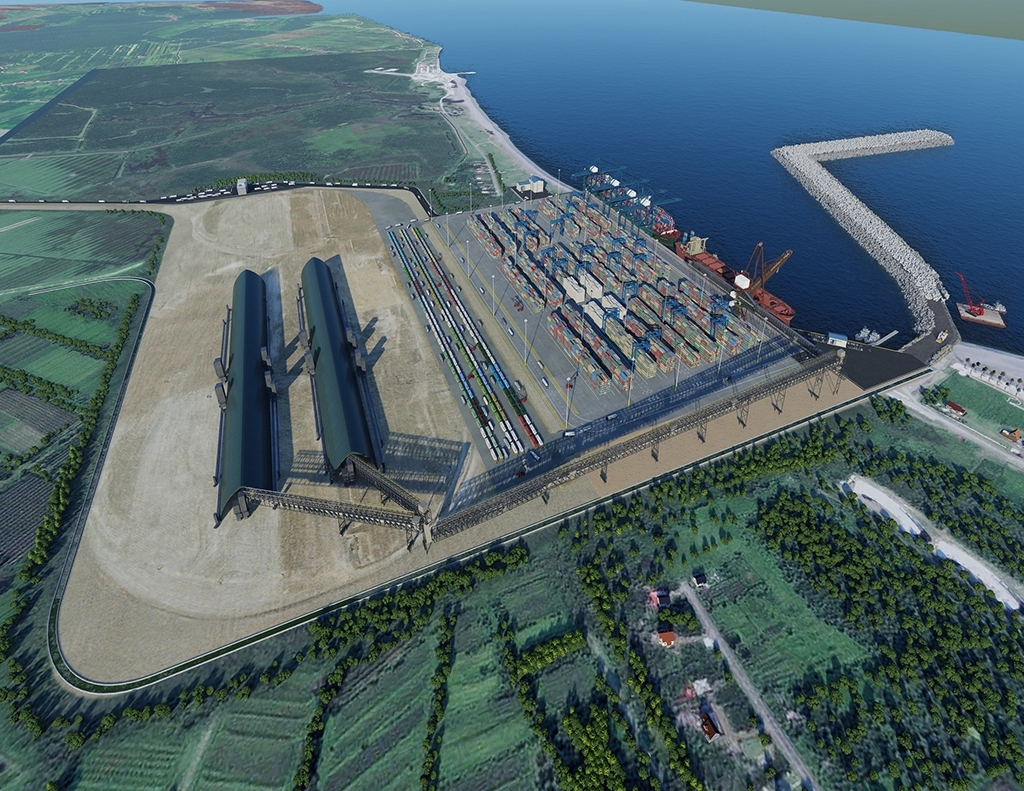 A rendering of Anaklia, a major seaport project on Georgia’s Black Sea coast. The government has now canceled the construction contract for the project. (Anaklia website)

Georgia’s government has revoked a contract to construct the nation’s first-ever deep-sea port that was touted locally as the project of the century and designed to turn Georgia into a global entrepot as part of China’s Belt and Road Initiative. Tbilisi now says it will be looking for a new investor to build the Anaklia port, but it’s not clear who might be willing to take on a $2.5 billion project laden with economic risks and mired in political controversy.

Infrastructure Minister Maia Tskitishvili said following a January cabinet meeting that the government was cancelling its contract with Anaklia Development Consortium, the group that was supposed to build the transcontinental port. The consortium was bound by its contract to commission the port by the end of 2020, “but, as you see, we have not arrived at this stage yet and it is nowhere in sight,” Tskitishvili said. “This is what led to the revoking of the contract with this investor and we will be looking for a larger, more serious investor,” she added.

The consortium and its founder, Georgian financier Mamuka Khazaradze, placed the blame for the delays at the government’s feet. Khazaradze and his associates have accused the government of trying to deliberately sabotage the port project by refusing to underwrite loans from international investment banks. The government has argued that it is instead the consortium’s responsibility to guarantee the loans.

“It’s a lie that the consortium was not fulfilling its obligations,” Khazardze said following the government’s announcement. Khazaradze has long claimed that the real issue behind the dispute is his personal conflict with Bidzina Ivanishvili, chairman of the governing Georgian Dream party.

The government last year brought fraud charges against Khazaradze and his partner in TBC, one of Georgia’s leading private banks, accusations that appeared to be politically motivated. Khazaradze then established a political movement, Lelo, to challenge Ivanishvili and Georgian Dream in parliamentary elections scheduled for this fall. “The only way forward for the Georgian people is to cancel the contract with the Georgian Dream [at the election], just as they canceled the contract with investors today,” Khazaradze said.

In past, the U.S. and EU diplomats have called on the government to help complete the port, which its backers tout as a potential game-changing boon for Georgia, as it would offer an alternative transit route for Chinese exports to Europe that currently mainly go through Russia.

The government insists that its commitment to the project has not waned. “We’ve said many times that our country needs the Anaklia deep sea port for its economic security, for security in general,” Tskitishvili said. “Georgia needs this project and therefore we will be looking for new partners,” she said, refusing to elaborate on a new timeline for the project’s completion. Unlike Anaklia Development Consortium, “I will not be making any promises about when the first ship will sail into Anaklia,” she said in a swipe at the group, which had previously vowed that the first ship would dock in Anaklia in 2020.

Government critics blasted the cancellation of the contract. “This is the biggest stab in the throat of our country that Ivanishvili could have committed, but I still hope that ultimately he stabbed his Georgian Dream, not the country,” Tina Khidasheli, Ivanishvili’s former ally and defense minister and now opponent, told the news site Netgazeti.

Political analyst Gia Khukhashvili claimed that Anaklia failed because of Ivanishvili’s personal rivalry with Khazaradze. “What happened today was a logical conclusion of the game that the government played for all of 2019: on the one hand it offered rhetoric in support of the project, but on the other did everything to discredit it,” Khukhashvili told the newswire IPN.

Khukhashvili said that chances of Anaklia becoming a reality are now slim: “The investors will likely take it to international court, so no new investor in his right mind will put billions of dollars in a disputed project,” he said. Khazaradze, for his part, confirmed that he will seek international arbitration.