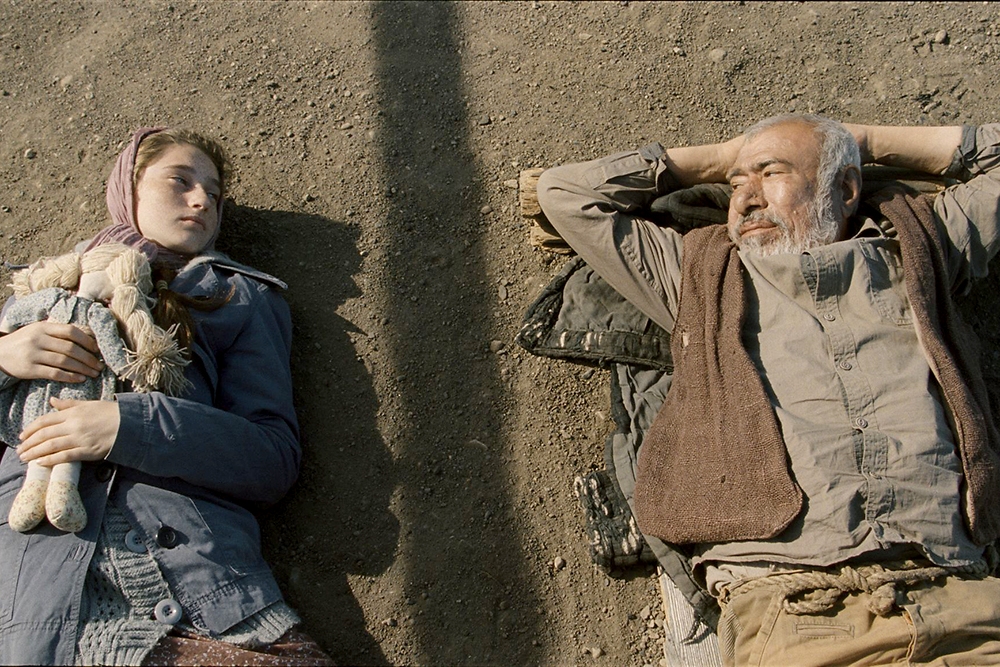 Georgian cinema has the wind at its back once again after spending a lengthy period in the creative doldrums. With two films short-listed for an Oscar, one of which is also up for a Golden Globe, Georgian directors have risen from the ashes of a collapsed film industry, showing that even with limited resources it is possible to make world-class films.

Many film fans attribute Georgia’s recent achievements to its rich cinematic legacy, to which New York’s Museum of Modern Art paid homage last September with the largest retrospective of Georgian film ever screened in the United States. Georgia’s cinema heritage can be traced back to the first projection of a film on November 16, 1896, predating the first screenings in many Western European countries.

When the Bolsheviks took over in 1921, Georgian film was already well-established, having produced some of the world’s early full-length documentary and feature films. For the next 70 years Georgian cinematography thrived with innovative directors, such as Mikheil Kalatozov, whose masterpiece, The Cranes Are Flying, became the first Soviet Palme d'Or prize winner at the Cannes Film Festival in 1957.

Directors Rezo Chkheidze and Tengiz Abuladze emerged during this period to define modern Georgian cinema with unique perspectives on national and Soviet self-examination. Tbilisi’s film studio was known as one of the top three studios in the Soviet Union, churning out 20 features and documentaries a year.

This rich tradition of cinematography, however, came crashing down when the Soviet Union imploded in 1991. Soon thereafter, Georgia descended into civil war and a decade of economic dysfunction. With the state unable to finance films, the industry’s infrastructure soon found itself in tatters nad many Georgian filmmakers moved abroad. Those who stayed scraped by on shoestring budgets.

“The cinema network was completely ruined in the 1990s,” said film producer Gia Bazgadze. Motivated by a love for film - not profits - a handful of independent Georgian producers, including the late Levan Korinteli, joined forces to rebuild Georgia’s industry from scratch to “help the new generation make their dreams come true.”

A significant point in the comeback of Georgian cinema came in 2005, when A Trip To Karabakh, directed by 55-year-old Levan Tutberidze, made the festival circuit and created a buzz. The film follows two young men who get lost during a quest to buy drugs and end up in the middle of the Nagorno-Karabakh war. Although critics noted the many flaws of the film, Nana Janelidze, director of the Georgian National Film Center (GNFC), a Ministry of Culture agency, credits it for restoring Georgia’s cinematic brand.

To lure filmmaking back to Georgia, the government offered foreign producers tax breaks and breath-taking locations. Although the government initiative had only limited results, it helped give young Georgian crews hands-on feature film production experience.

“When I became Minister, the GNFC had a budget of 2 million lari ($1.2 million) and when I left it was 6 million, which is still ridiculously low, but better than nothing. It should have 20 million, at least,” stated Nika Rurua, who served as minister of culture from 2008-2012 under former president Mikheil Saakashvili.

Under Rurua, himself a Tbilisi film school graduate, in 2011 the GNFC became a member of Eurimages, a Council of Europe entity that promotes European cinematography. For the cash-strapped ministry, the move unlocked access to European funding and distribution. “The dynamic was put in place,” Rurua noted.

Tinatin Gurchiani returned to Tbilisi from Berlin to shoot the 2012 feature-length documentary, The Machine Which Makes Everything Disappear, in 20 days on a budget of roughly $26,000. She won the 2013 award for best director of a world documentary at the Sundance Film Festival. The same year, 36-year-old Nana Ekvtimishvili made an international splash with her feature debut, a coming-of-age tale called In Bloom. Shot on a shoestring budget of less than $1 million, the film picked up more than 20 awards at film festivals around the world.

Some experts in Tbilisi believe Ekvtimishvili’s film marks the beginning of a new wave of Georgian cinema. “Georgian cinema has started growing up,” observed Giorgi Ovashvili, director of Corn Island, a man-against-nature drama, which has been shortlisted with nine films for the Oscar’s Best Foreign Film. His friend Zaza Urushadze’s Estonian-produced Abkhazia war drama, Tangerines, is also on the list and is a contender for the Golden Globe’s best foreign film on January 11.

Ovashvili attributes the recent success of Georgian cinema to a mix of inherent talent that draws on a rich cinematographic legacy and the nation’s tragic history. “The [‘90s] gap helped us start something again. It was a time to prepare us,” he said.