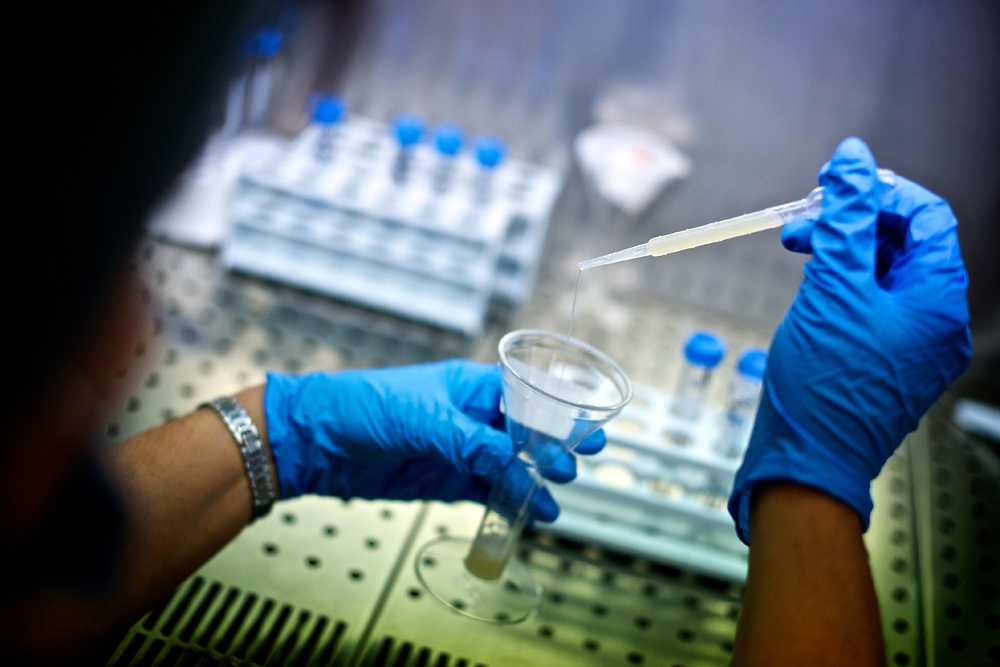 When Nino and Irakli (not their real names) held their baby daughter in their arms last June, the suffering they had endured over the previous nine years disappeared.

“We felt blessed,” recalled Nino, a Tbilisi resident. “Finally, we had the baby we had dreamed of.”

Nino, 55, and Irakli, 47, married late and failed to conceive a child despite various attempts through reproductive-health treatments, including in-vitro fertilization (IVF). In 2012, they saw surrogacy as their last option to become parents.

If they had waited a couple of more years, surrogacy might not have been an option open to them. The Georgian government is now working on amendments to a 1997 healthcare law that would make it far tougher for couples to have babies through surrogacy.

Georgia is one of a handful of countries -- including India, the Russian Federation, Thailand, and Ukraine, along with a few US states -- where a woman can be paid to carry someone else’s genetic child through IVF and embryo-transfer.

The South Caucasus country’s liberal legal framework makes it an attractive place for foreign couples seeking to become parents via IVF. Price also plays a role. The cost of having a child via a surrogate in Georgia ranges from $25,000 to $50,000, according to data available on surrogacy agency websites. Of that amount, up to $15,000 goes to the surrogate mother. In the few US states where commercial surrogacy is legal, prospective parents can expect to pay upwards of $120,000, surrogacy websites say.

But as surrogacy reportedly thrives, Georgian experts and officials have become increasingly concerned about a lack of oversight. With help from the United Nations Population Fund, authorities are now starting to look at other countries’ policies on surrogacy and consider making changes to Georgia's current practices. “There is a common agreement that the issue of surrogacy needs to be better regulated, and legislative, bioethical, social and economic factors need to be considered,” explained Deputy Minister of Labor, Health and Social Issues Mariam Jashi.

A provision covering surrogacy was included in the original 1997 healthcare law “to widen the possibilities for . . . families to have children,” recalled Givi Javashvili, a Tbilisi State Medical University associate professor of family medicine and bioethics who helped draft the legislation. “But we did not consider the risks. In Georgia, [surrogacy] has become terribly commercialized. We were not wise when we included that article in the law.”

Javashvili today heads the National Council on Bioethics (NCB), a 30-member body that advises the government on bioethical matters. In February, the NCB recommended a complete ban on surrogacy and called for better protection of potential and actual surrogate mothers, including psychological support and other social services. The council also stressed the need for easier access to adoption.

While the government has not yet decided to end fee-based surrogacy, a consensus exists to ban advertising for surrogate mothers, Deputy Minister Jashi said. Other possible changes could include establishing criteria for prospective parents’ age, marital status and proof of infertility, and defining which medical facilities can handle surrogate pregnancies.

Such revisions have been under consideration since 2002. But in his most recent Christmas epistle, Georgian Orthodox Church Patriarch Ilia II made the proposals even more controversial. Arguably Georgia’s most influential public figure, the patriarch voiced doubt about the happiness of “a family who raises a baby by a surrogate mother.” The patriarch went on to characterize children born through IVF as “problematic.”

The comments rekindled suspicions among many Georgians that the church is trying to dictate government policy. Archimandrite Vakhtang Akhaladze, a doctor who serves as head of the Georgian Patriarchate’s Health Affairs Department and is a member of the NCB, denied that the church wanted to sway public policy. “The epistle is moral advice,” he stated. “If future parents look at the conception of a child as a divine gift, they are sure to follow the Church’s advice. It is not a commercial exchange.”

Ads for surrogate mothers on TV, radio and online underline the business side of the phenomenon. Its exact scale, however, is unclear. The Public Defender’s Office cites unofficial estimates of 3,000 children born through surrogacy since 1997. Since clinics are not required to provide data, such estimates mainly rely on signed notary acts. In 2012, 150 such acts were signed for surrogacy and 170 in 2013, according to the Ministry of Health.

From a market standpoint, there is plenty of circumstantial evidence that surrogacy is a lucrative sector in a country where well-paying jobs are scarce. “We have to recruit [surrogates] all the time, as the demand is much higher than we can actually meet,” noted Tamara Barkalaia, head of operations at New Life, one of seven surrogacy agencies in Tbilisi. In 2013, New Life handled 41 deliveries, she said.

The imbalance between supply and demand points to what some see as a big problem with the existing system: financial hardship appears to be the main factor driving Georgian women to become surrogates, Barkalaia said.

Khatuna, an unemployed single mother, says the $13,000 she will receive this April after giving birth to a Swedish couple’s twin boys will allow her to care for her eight-year-old son, and move out of her parents’ flat. “I feel a great sense of responsibility for these babies,” she said. “They will help me and fulfill someone’s dream.”

The ground rules could change if Georgia moves to end fee-based surrogacy, however. Still, Deputy Minister Jashi underlined that any reform will not overlook socio-economic concerns. “The cornerstone should be the rights of the individual,” she said.

Monica Ellena is a Tbilisi-based writer.