Online classes at Georgia’s universities are vulnerable to students bending the rules. Professors are struggling to contain the problem. 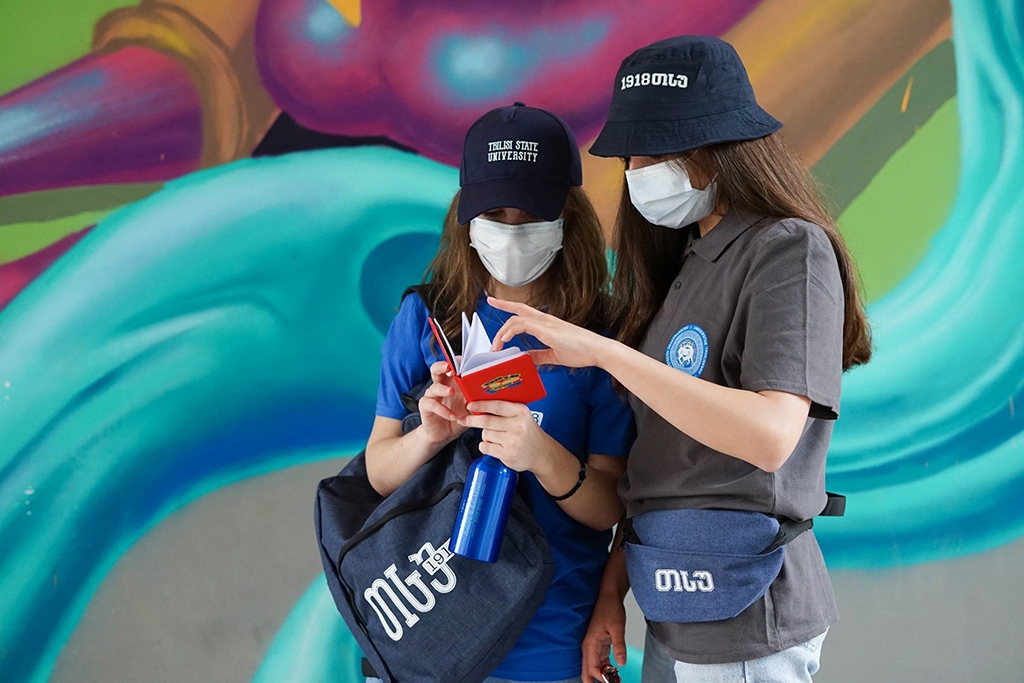 As Giorgi Tsotskolauri was grading exams last fall, he noticed a mysterious, out-of-place “9” that kept appearing in students’ answers.

Tsotskolauri, who teaches social work at Tbilisi State University, investigated and realized that the typo appeared in the same inappropriate place in almost all students’ tests.

“Whoever answered that question first meant to open parentheses, for which you need to hold down the shift key on the keyboard and press ‘9’,” Tsotskolauri told Eurasianet. “He or she had a slip of the hand and then others simply copy-pasted his or her response, without even checking it for typos.”

Most of the cheaters were first-year students, who because of the COVID-19 pandemic were forced to start their college experience remotely. Tsotskolauri said the problem only got worse as the year progressed, as he played a game of whack-a-mole with students’ increasingly pervasive and elaborate cheating schemes.

“Students used to take their tests in the examination center, where they were watched, where they could not use their mobile phone and could not talk to one another,” Tsotskolauri said. “Now they take their tests at home, on their computers. When the test goes online, they already have a group chat in Facebook Messenger at the ready. Someone drops the correct answer there and others pick it up.”

As in many countries, education has been nearly all online in Georgia since the spring of 2020. Now, with the country suffering another wave of COVID infections, it seems likely that classrooms will continue to be closed when the fall 2021 semester starts.

Deputy Health Minister Tamar Gabunia has said that classes may open only to vaccinated students and teachers. “In other countries almost all campuses require students to be vaccinated,” she said on July 16, adding that Georgia should follow suit but that so far vaccination had not been made mandatory at universities.

Because of a double whammy of vaccine shortages and vaccine hesitancy, only 132,000 Georgians (3.5 percent of the population) have been fully vaccinated so far. There are 158,000 university students in the country. The largest universities, like Tbilisi State University and Tbilisi Medical University, have reported that as of mid-July – with less than two months until the start of the fall semester – about 40 percent of their academic personnel had been vaccinated.

Georgia is far from the only country to see a spike in school cheating during the pandemic. A survey by Missouri State University observed an increase in cheating across several schools in the United States in 2020. Another study, by professors at Imperial College London, found that business has jumped during the pandemic at file-sharing sites used by students to cheat.

Cheating has long been a problem in Georgian classrooms, where camaraderie is far more prevalent than competitiveness, and students typically cooperating and closing ranks against their teachers. Now, teachers are having to modify their teaching techniques to deal with even more cheating.

Archil Grigalashvili, who teaches courses on project management at Tbilisi Technical University, began mixing up the questions he gives on exams. “I’m trying to make sure that only two students, maximum, get the same question during the test, to reduce the chances of them copying from one another,” he said.

But diversifying test questions is not an option for Tsotskolauri, who does not teach a technical subject and has far larger classes. The problems also go beyond just exams.

“One problem with Zoom lessons is that you never know how many people are actually participating, as some students have their cameras and microphones off,” Grigalashvili said. “You don’t know if they are actually there and listening. For all I know, they could be watching TV.”

Adapting to distance learning has been a manifold challenge for countries like Georgia, where there is little experience in remote education, technical infrastructure is lacking, and many teachers have limited computer skills.

“The switch to online education clearly showed that academic personnel was not prepared to use modern technologies,” wrote scholar Lali Bakradze in a European Union-funded review of the pandemic-era education environment in Georgia.

Teachers have had to get a grasp on video-conferencing tools and online learning software, while also converting their courses to an online format, all in very short time. Faculty and IT departments struggled to develop workable solutions together. “We all became students, learning new skills and new ways of doings things,” Tsotskolauri said. “It took time before everyone got the hang of it.”

Courses that involve hands-on activities proved particularly tricky. “I’m teaching my students how to use Microsoft Project,” said Grigalashvili. “In the classroom, everyone sat at their computers and I guided them through what they had to do and how, step by step. Now, many students are joining the class on their mobile phones and they can’t do the same tutorial on their phones, so I have to work with them individually, using extra time.”

A lot of precious teaching time also is squandered on arguments over cheating, Tsotskolauri said. In oral presentations, he requires students to discuss class materials in their own words, but when the presentation is over Zoom, it’s easy for students to sneak course literature just off-camera and simply read from it. “I can’t see it, but I can tell that they are reading,” he said. “Some read it word-for-word. The smarter ones improvise a little bit. When I challenge them on it, they deny it, insisting that they have a photographic memory and can memorize large texts by heart. So we spend a lot of time arguing on these petty things and it is really tiring and unproductive.”

“I paid to study in a real university, worked hard to be admitted and looked forward to it, and instead I’m stuck with a computer screen. Is this not cheating too?” said one Tbilisi State University sophomore, who spoke on condition of anonymity.

“I’m sure I speak for many others when I say that I feel caught in some computer game, a virtual world, where normal rules don’t apply,” the student continued. “So, yes, I don’t feel guilty about taking shortcuts to get through this game.”

This article is written as part of the Georgian Educational Advocacy Project, which is financed by the U.S. Embassy in Georgia. The opinions expressed here are the views of the author and do not necessarily reflect the opinions of the U.S. government.