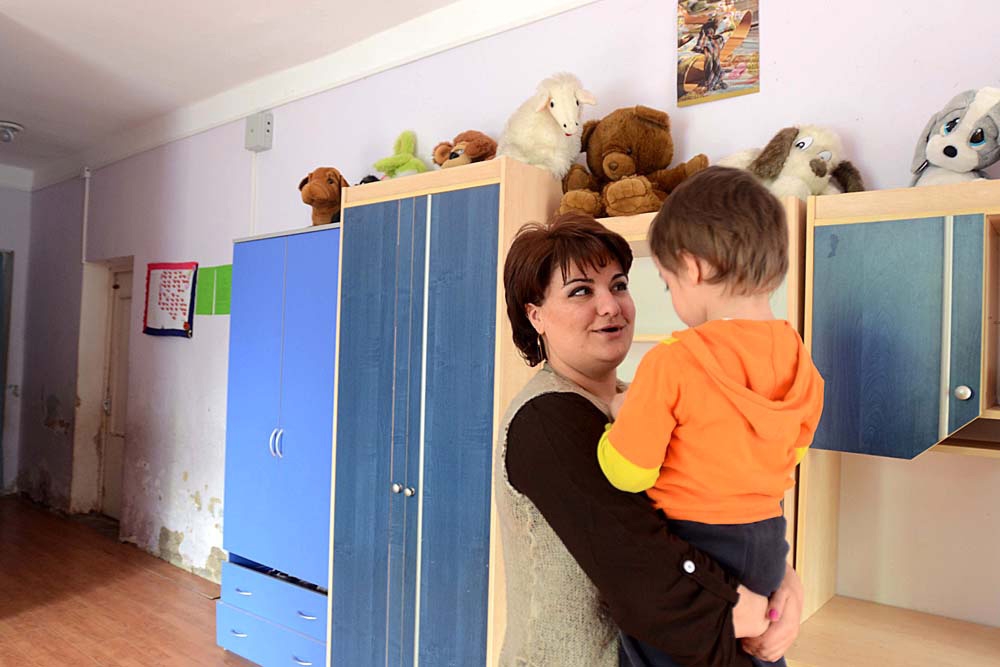 In Georgia, where motherhood is seen as a woman’s chief duty, a family without children has long been considered a tiny tragedy. To avoid such a situation, many childless Georgian families rely on a shortcut – directly paying or negotiating with other families for the parental rights to unwanted children.

Known as direct adoptions, these private deals accounted for nearly 80 percent of the 209 children adopted in Georgia in 2012, according to the Ministry of Health, Labor, and Social Services, the government body responsible for child welfare.

Drawn-out procedures for official adoptions have helped encourage the practice. Currently, an estimated 2,000 Georgians are waiting to adopt a child, a number nearly twice the size of the estimated 1,300 children eligible for adoption. The ratio gets even larger when prospective parents’ wishes for a healthy infant, preferably male, are taken into account. Cumbersome procedures for terminating parental rights are also responsible for causing long waits.

Direct adoptions allow prospective families to find a child more quickly. Long an off-the-record practice, such adoptions are not carefully regulated by Georgian law, but, since 2009, the government has relied on a series of stop-gap measures to monitor the practice. Before a judge can formalize a direct adoption, the health ministry’s social workers must assess potential parents. The assessment also includes a criminal-background check.

But now, in an attempt to move closer to international conventions and standardize adoption procedures, a set of proposed reforms, supported by the United Nations Children’s Fund (UNICEF), includes a ban on direct adoptions altogether. The proposed reforms are still under discussion. Draft legislation is expected to be submitted to parliament this fall.

One concern is that direct adoptions leave children potentially vulnerable to “illegal activities,” said Gia Kakachia, head of the Health Ministry’s Social Protection Department.
Aaron Greenberg, the chief of child protection at UNICEF in Georgia, agreed that direct adoptions created an added element of risk for the child involved. “The practice … leaves children vulnerable to ‘trading,’” Greenberg said in an email interview with EurasiaNet.org. Law enforcement officials often to struggle to find the proof to “distinguish between those [adoptions] that are illicit and those that are legitimate,” he added.

In some cases, direct adoption “makes sense” and is in the child’s best interest, argued Andro Dadiani, the country director for EveryChild, a UK-based child welfare organization that has been active in foster-care reform in Georgia. “For instance, I am dying of cancer and I want my friend … to adopt my child and I can designate this person,” Dadiani said. “But it [the practice of direct adoptions] leaves a lot of room for corruption.”

Before Georgia makes a decision on direct adoptions, Greenberg said “all possible risks have to be carefully weighed.” To date, no precedent exists for trafficking via direct adoption in Georgia. A 2009 government investigation into direct adoptions did not find any instance of abuse of children’s rights, according to Andria Urushadze, a former health minister who served as the head of the ministry’s Social Services Agency during the investigations.

With no record of children suffering in the process, some believe direct adoptions should be left alone. Jaba Nachkebia, the director of Children of Georgia, a local non-government organization that works with children in state care, believes direct adoption is necessary to give birth parents greater say in the adoption process and help children find stable homes faster.

“They think that it is a source of corruption and it can be, really,” Nachkebia said in reference to ministry officials. “But on the other hand ... judges say that in all cases where they think there might be some criminal agreements or corruption, they return those cases to the enforcement agencies for further investigation.”

Ultimately, stressed EveryChild’s Dadiani, the practice of direct adoption leaves a child’s fate in the hands of the very parents who want to “get rid” of him or her.

“Whoever has the money is not necessarily the best parent, and we believe a thorough assessment needs to take place before a decision [about adoption] is made,” he said.