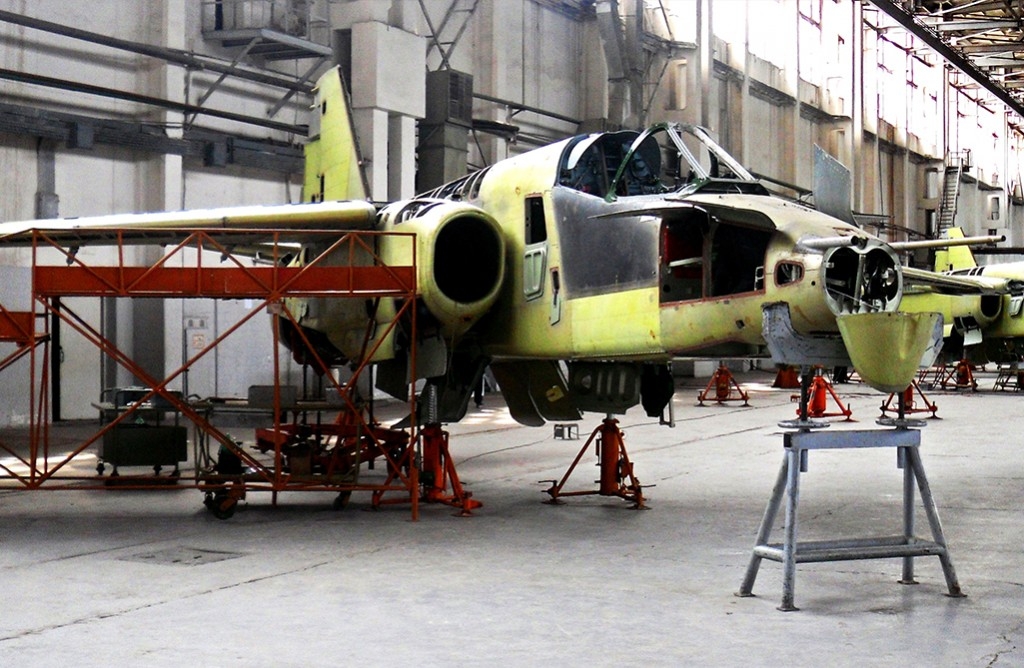 An Su-25 aircraft under repair at Tbilaviastroy. Might the company soon be producing new, completely non-Russian versions of the plane? (photo: Delta)

Georgia is developing a version of the Su-25 ground attack aircraft that replaces all the Russian-origin parts with European or Israeli substitutes.

The effort is being undertaken by the state defense company Tbilaviastroy, which under Soviet times was the center of Su-25 production and now carries out repair and renovations of the aircraft.

Hostile relations between Tbilisi and Moscow obviously hamstrung Georgia's work on the Su-25, which relied heavily on Russian-produced parts and subsystems. And the situation got especially bad after the 2008 war between the two countries: "the plant had simply no other way out after approximately 2008, when Moscow imposed a total ban on exports of any products to Georgia of a military or dual use," said Irakli Aladashvili, a reporter for Georgian newspaper Kviris Palitra.

Georgia had tried various routes out of this situation, such as proposing joint production with Azerbaijan and cooperating with Israel. But now, Aladashvili reports, citing company director Nodar Beridze, Tbilaviastroy is going all the way and creating a version of the Su-25 without any Russian parts whatsoever. The new aircraft would be called the Ge-31, or "Bora."

The Bora's fuselage and wings would be manufactured in Georgia, while engines, electronic systems, and so on will be procured in France, Italy, and the UK, according to Beridze. The Su-25 is still a popular aircraft around the world, so it could potentially have a large export market.

It's worth noting, though, that the report comes shortly after Georgia's defense minister publicly called out Georgia's state defense industry, accusing it of making "non-functional" products and operating with murky business practices. Announcing an exciting new product is certainly a way to emphasize your relevance and deflect political criticism.