Georgia: Does Big Brother Rely on Swedish Firm to Snoop? 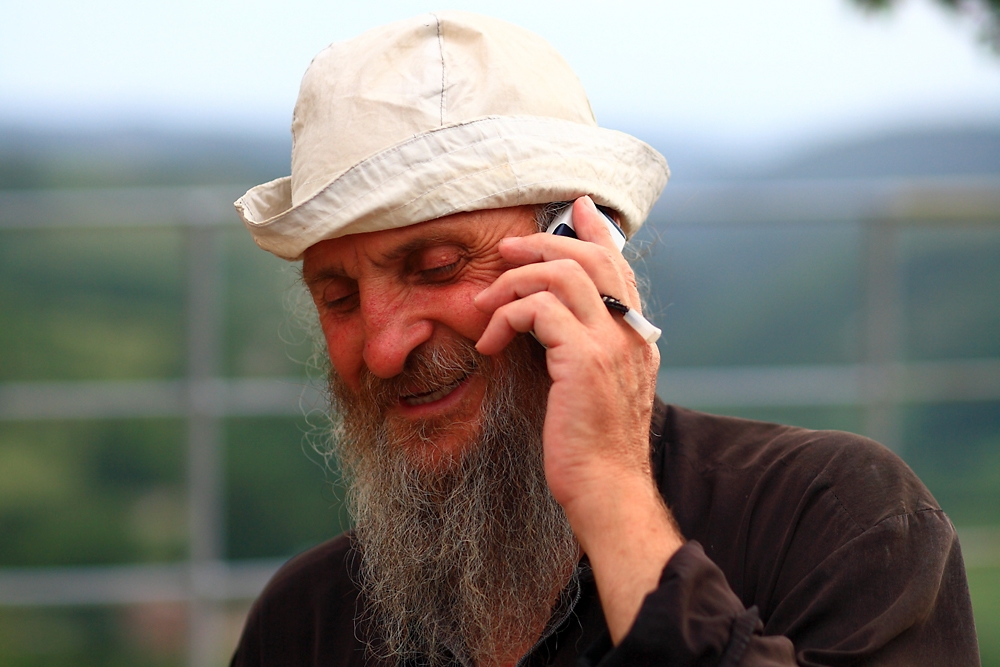 Georgia has more than 4.9 million cell-phone subscriptions for a population of 4.5 million. (Photo: Temo Bardzimashvili)

Compared with the gargantuan scale of the US National Security Agency’s surveillance machine, the 21,000 cell phones that the government of Georgia can supposedly monitor each day is miniscule. But anger over state snooping is still creating a PR challenge for officials in Tbilisi.

Activists for the anti-corruption watchdog Transparency International Georgia are taking the Georgian Dream-dominated government to task, asserting that, despite repeated promises to kick the eavesdropping habits of former Georgian President Mikheil Saakashvili’s administration, the Ministry of Internal Affairs persists in illicitly listening in on private conversations. The Interior Ministry is relying on so-called black boxes permanently plugged into each Georgian telecom company’s network to collect, classify and store thousands of phone calls, text messages and emails, the TI activists add.

“They are like big wardrobes, with hard disks and processors. … We believe all [telecom] companies have them,” Mariana Chicu, a Transparency International (TI) Georgia lawyer involved in the research, said, referring to the black boxes.

Cables allegedly connect the black boxes, made by the Swedish technology giant Ericsson, to the Constitutional Security Department, which serves as the eyes and ears of Georgia’s Interior Ministry. TI Georgia claims that the ministry does not have the technology or manpower to spy simultaneously on all of the country’s estimated 4.9 million cell-phone subscribers; a number slightly higher than Georgia’s population (4.5 million) itself.

In addition to creating a potential headache for the Georgian government, the TI claims are adding to Sweden’s reputation as a font of spyware. In addition, news agencies, including Reuters, reported earlier in December that Sweden’s National Defense Radio Establishment (FRA), the state agency in Stockholm responsible for electronic communications surveillance, shared lots of its data about Russia with US security officials.

Georgia’s system has little public oversight, creating ample space for violations of privacy. Unlike in many European countries, citizens have no way to access court records to determine if their phones and computers are being monitored, and to challenge the legal grounds for such scrutiny.

While phone or computer monitoring by Georgian state agencies requires a court order, law enforcement officials have lots of leeway when it comes to justifying such snooping. “Prosecutors may request [a] wiretapping order for all crimes, whether it is a murder case, or the ill-treatment of a dog,“ commented TI lawyer Chicu. No time limit is set, she added.

Georgia’s Interior Ministry maintains that it only taps phones in connection with criminal investigations.

Telecom companies are quick to pass the buck to the government. Nino Surguladze, spokesperson for Magticom, Georgia’s largest cell-phone operator, told EurasiaNet.org that the company “lacks the capacity to speak” about eavesdropping. The government, she added, can override subscribers’ right to confidential communications with a court order, as well as in cases of urgent necessity.

Giorgi Tkeshelashvili, the chief executive officer of Beeline, a smaller, Russian-owned operation, told EurasiaNet.org that his company is consulting with lawyers, and will release a statement on black boxes later.

To date, Geocell, owned by the Swedish-Finnish telecom giant TeliaSonera, has been the only Georgian cell-phone operator to admit that it allowed the government to install black boxes in its facilities. GeoCell Chief Executive Officer Pasi Koistenen told a May 24 press-conference that "If there is a will from the government side, we could start really putting good practices in place already tomorrow."  The announcement came after Swedish media earlier this year criticized TeliaSonera for collaborating with the Georgian government, and Ericsson for providing the technology, in 2005, to do so.

TeliaSonera is being probed at home for the way it allegedly does business in former Soviet republics. Last year, Swedish public television aired an investigative report that alleged that TeliaSonera collaborates with authoritarian governments in Belarus, Azerbaijan and Uzbekistan, enabling authorities in those states to track the communications of citizens who are critical of official policy.

In a September 2013 report, Thomas Hammarberg, the European Union’s special advisor on constitutional and legal reform and human rights in Georgia, wrote that “[t]he continued presence” of surveillance equipment in telecom companies is “a concern that must be addressed.”

In Georgia, the results of the Saakashvili-era snooping may have been less severe than elsewhere, but they did spark an outcry over invasions of privacy. Excerpts of phone-calls between opposition leaders were routinely broadcast on national TV news broadcasts throughout Saakashvili’s eight-and-a-half years in office. Obtaining a court order for such eavesdropping or linking it to a criminal investigation was not always de rigueur, critics claim.

The Interior Ministry maintains that it has turned over a new leaf. As proof, interior ministry spokesperson Nino Giorgobiani pointed to the ministry’s destruction of an alleged archive of video footage of various citizens’ private lives.

Even so, the Georgian Dream coalition has not yet tackled the Georgian Law on Operative and Investigative Measures, which was amended in 2010 to allow the use of large-capacity wiretapping technology. TI Georgia hopes that a lawsuit it has filed with the European Court for Human Rights in Strasbourg, France, prompts a rethink of the law. For now, “the Interior Ministry . . . does not even want to have a conversation about changing the system so there is [a] stronger judiciary and parliamentary control mechanisms, and no direct and permanent access to the [telecommunications] networks,” said senior TI Georgia analyst Mathias Huter.-- This story was updated on January 31, 2014.

Giorgi Lomsadze is a freelance journalist living in Tbilisi, and the author of EurasiaNet.org's Tamada Tales blog.