Georgia: Does Tbilisi Have Its Own “Yanukovych?” 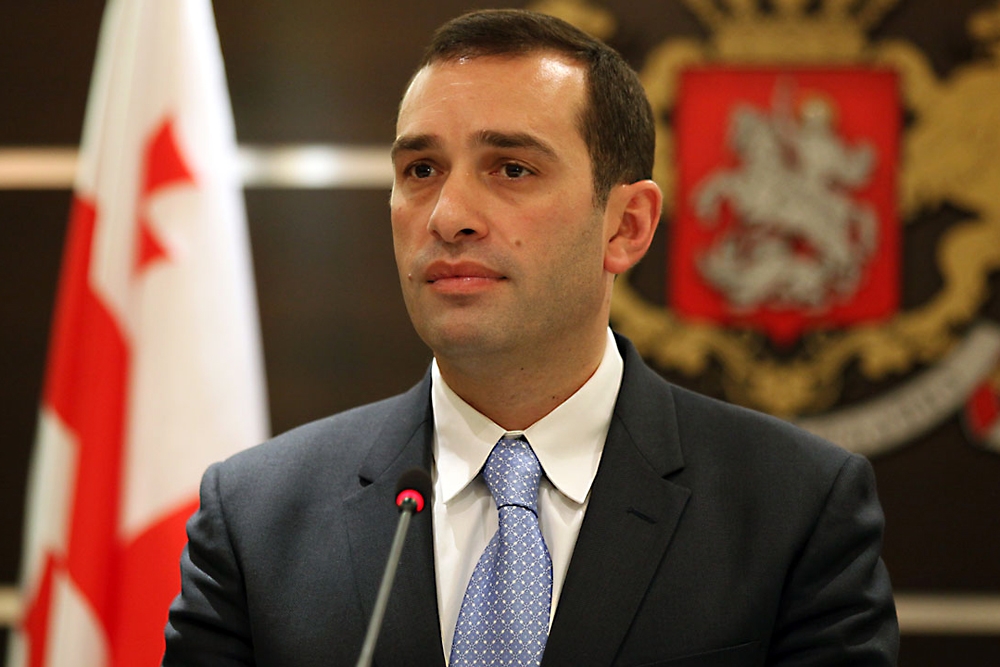 Irakli Alasania, seen here addressing the Georgian parliament in April 2013, was sacked from his post as Georgian defense minister by Prime Minister Irakli Gharibashvili on Nov. 4. His removal led to the subsequent resignations of other top political positions and the breakup of the Georgian Dream party coalition in parliament. (Photo: Georgian Ministry of Defense)

A full-blown political crisis is erupting in Georgia. The tumult is raising questions about foreign and defense policies in a nation that, up until now, has ardently aspired to joint NATO and the European Union.

The crisis began with the November 4 dismissal of Georgian Defense Minister Irakli Alasania after he claimed that a government investigation into the Defense Ministry constituted an “attack” against Georgia’s Euro-Atlantic aspirations. Shortly after the dismissal was announced, Alasania’s Free Democrats Party withdrew from the governing Georgian Dream coalition, the political force that in 2012 ended ex-president Mikheil Saakashvili’s eight-and-a-half-year hold on power.

That Free Democrats’ departure will leave the Georgian Dream coalition three seats short of a parliamentary majority, a situation that could, ultimately, prompt fresh parliamentary elections.

The country’s immediate political future is filled with uncertainty because this was no ordinary coalition breakup.

In addition, media outlets have reported the resignation of Georgia’s envoy to NATO, Levan Dolidze, the brother of a senior Free Democrats member. But that resignation has not been officially confirmed.

In her outspoken public farewell, Foreign Minister Panjikidze, Alasania’s sister-in-law and another Free Democrat, hinted that all of Georgia’s accomplishments and plans for integration with the European Union and NATO are coming under attack from elements within the government.

“The European future is the choice of the Georgian people and we – the team … tasked to achieve this goal – cannot betray the choice of our people,” said Panjikidze, flanked by her three deputies. “We hope that our resignations today will make clear to everyone the nature of the hazards faced by our country.”

Like other players in this unfolding drama, Panjikidze embraced cryptic phraseology, and did not delve into specifics.

Petriashvili, meanwhile, referred to “one tiny little group” as being behind the alleged push for a change in policy course. He also did not elaborate.

Prime Minister Gharibashvili, the implied target of these accusations, spent much of the day issuing televised statements asserting his government’s loyalty to Euro-Atlantic integration. He dismissed Alasania’s accusations of going weak-kneed on NATO/EU integration as “ridiculous,” and attributed the foreign minister’s resignation to an act of support for her brother-in-law, Alasania.

“I regret that Maia Panjikidze expressed solidarity with her family member, not the country and the state,” he commented dryly.

“If they decide to make a choice between the country and the state, and one person, let it be their choice,” added the prime minister.

Some observers in Tbilisi believe that the author of Alasania’s downfall is Bidzina Ivanishvili, the Georgian Dream’s billionaire founder. During his tenure as prime minister, Ivanishvili blocked Alasania’s political ambitions.

Ivanishvili is also widely believed to be the power behind the prime minister’s throne, having long served as Gharibashvili’s political mentor. Ivanishvili was shown on television at a Georgian Dream gathering on November 5 to discuss the coalition’s future. But the television report did not contain any Ivanishvili comment to reporters.

“We have plenty of Yanukovychs in this country,” Alasania commented to the pro-opposition TV station Rustavi2. He was referring to former Ukrainian President Viktor Yanukovych, who, in 2013, attempted to steer Kyiv closer to Russia and renege on plans to integrate Ukraine with the EU. His policy flip-flop helped trigger the Euromaidan movement that brought about his administration’s ouster, and set in motion the ongoing crisis in eastern Ukraine.

Until recently, allegations about pro-Moscow sentiments of some political leaders in Tbilisi generally have been dismissed as sour grapes on the part of Saakashvili and his United National Movement (UNM), the parliamentary minority and the Georgian Dream’s sworn enemies.

Alasania, who served as Georgia’s United Nations envoy under Saakashvili, has ruled out cooperating with the UNM.

Republican Party leaders have announced that they will remain in the governing coalition for now. At the same time, they called for a discussion among coalition partners about how to avoid such political crises in the future. In addition, the party’s leader, Khatuna Samnidze, reiterated the Republicans’ unwavering support for NATO/EU integration. “We want to underline that the Euro-Atlantic choice has no alternative in the government today,” the Interpressnews agency quoted Samnidze as saying.

So far, diplomats have been careful in their public reactions to the political battle and hints about a Russian Fifth Column in Georgia.

US Ambassador Richard Norland said that the number and timing of the two investigations against the Defense Ministry raise questions and that the government should take steps to dispel them.

Some believe that infighting and jealousy toward Alasania, rated in one recent poll as the country’s most popular political figure, is the root cause of the crisis.

The arrest of five former and current ministry officials in a suspected procurement scam occurred just as Alasania was on a European tour. It led to a strongly-worded exchange of statements between the Defense Ministry and prosecutors, and, ultimately, prompted Alasania to publicly air his accusations.

Those allegations have sparked more questions than answers about Georgia’s institutional stability.

“You cannot rule the country from behind the scenes,” Georgian President Giorgi Margvelashvili commented on November 4 from Vienna to television reporters in an apparent reference to Ivanishvili.