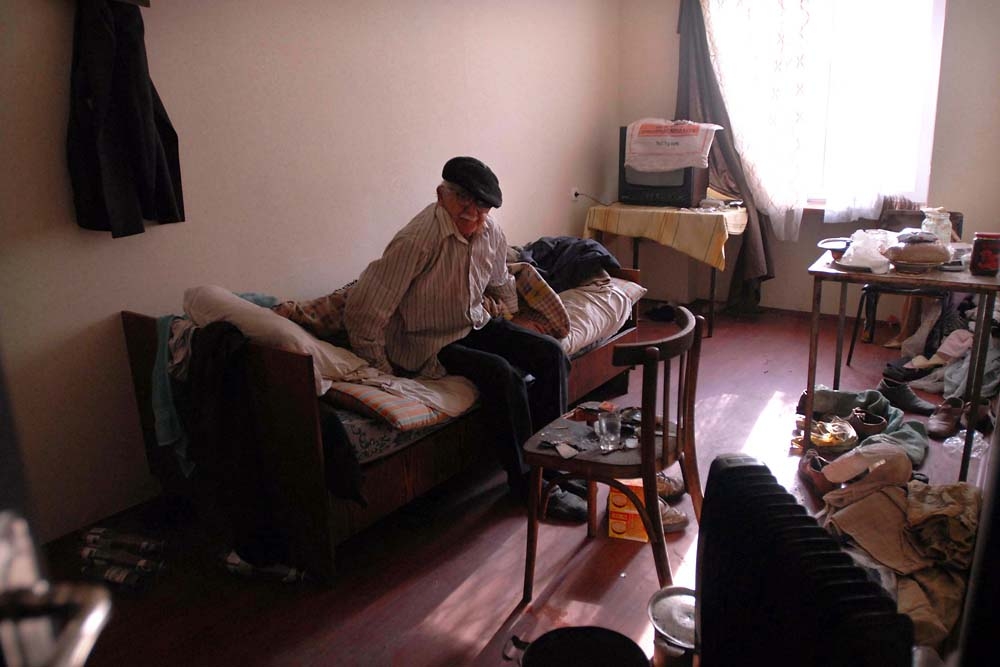 About 500 IDP families from Tbilisi were evicted from temporary shelters and offered government housing. 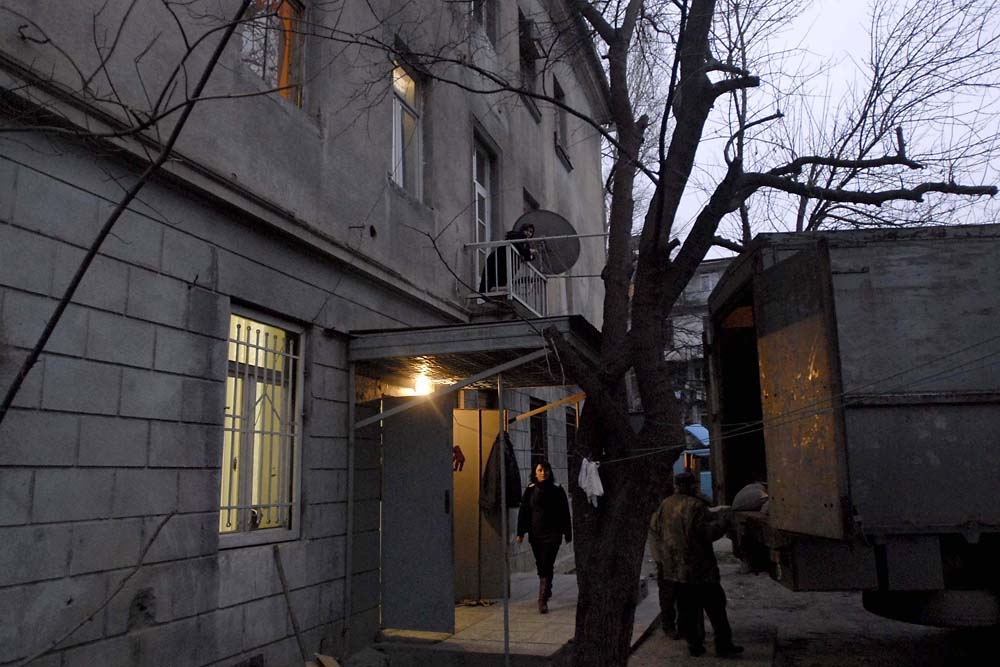 More than 1,500 people were forced from temporary shelters for countryside villages. 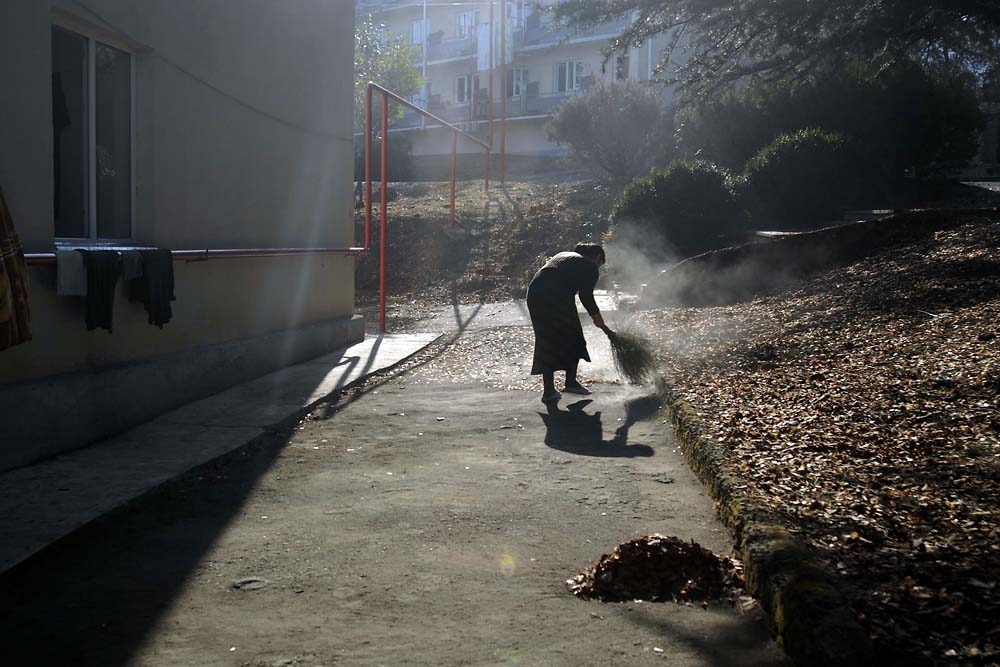 Many relocated to Bakurtsikhe and were given apartments in one of two buildings up a narrow street from the main highway. 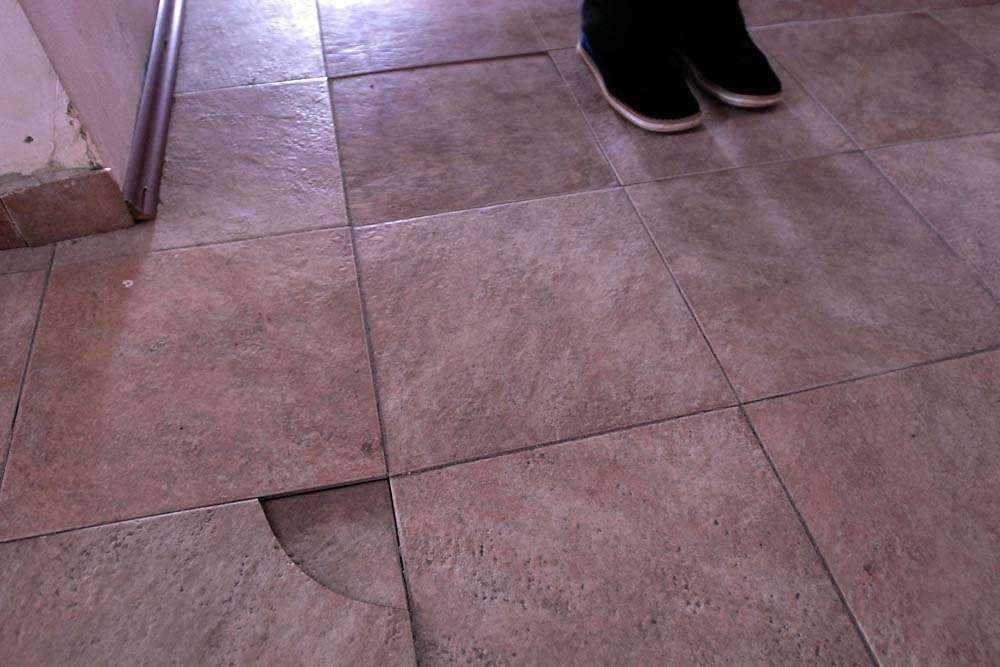 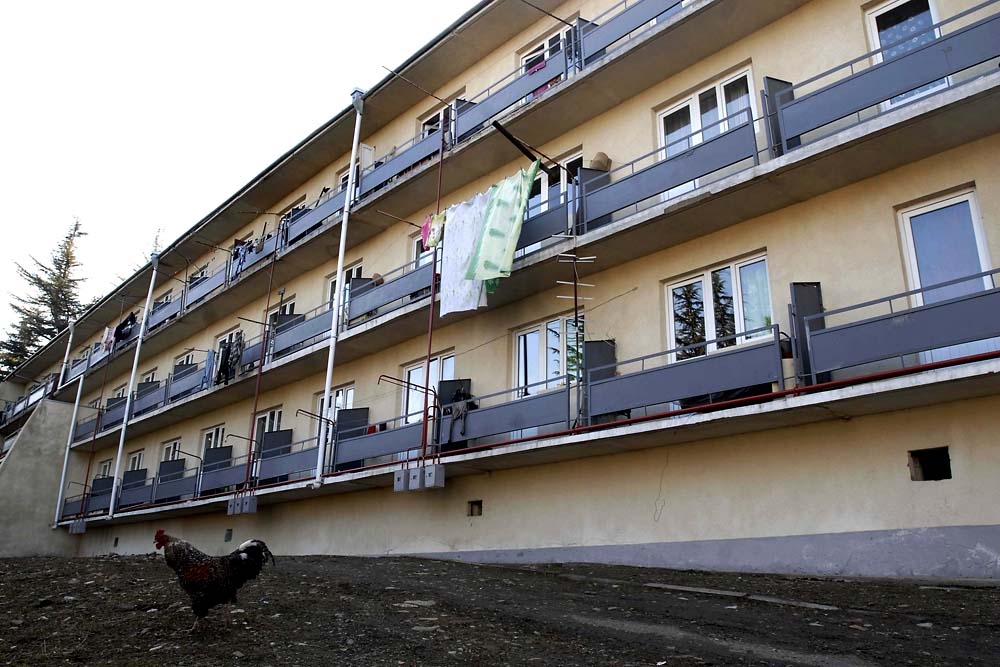 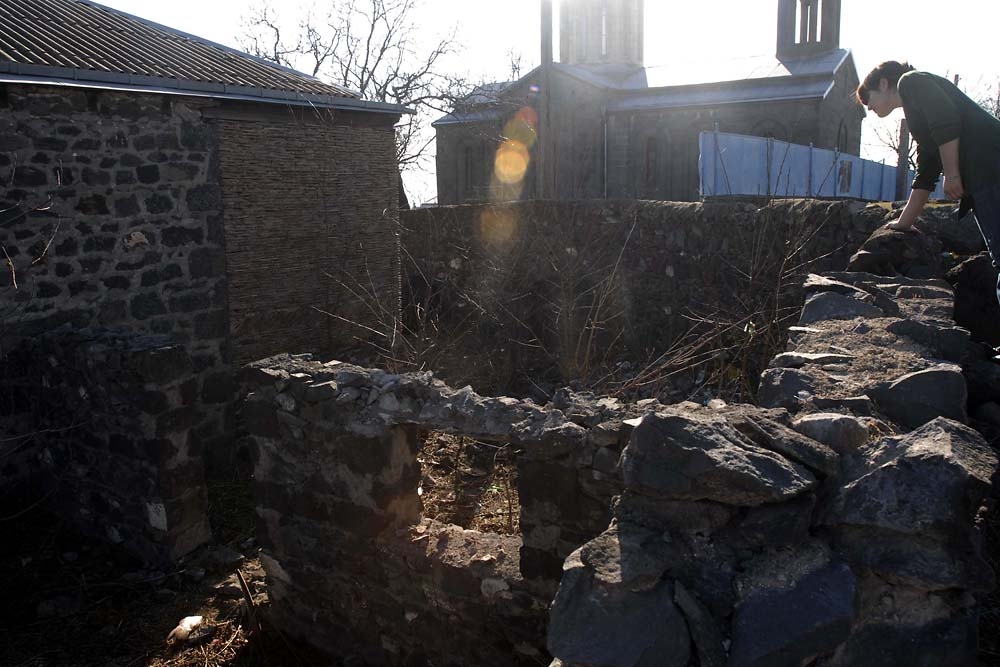 A family of six was given a house in Tsintskaro that lacks some windows and an outhouse. 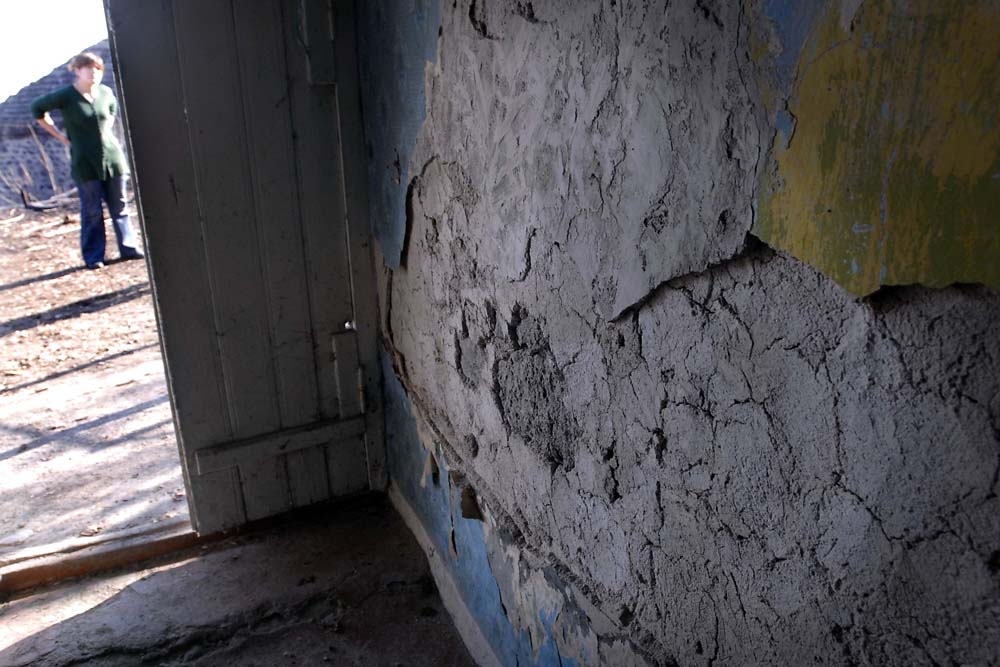 Although several homes in Tsintskaro are in good condition, some lack basic amenities such as toilets and running water. 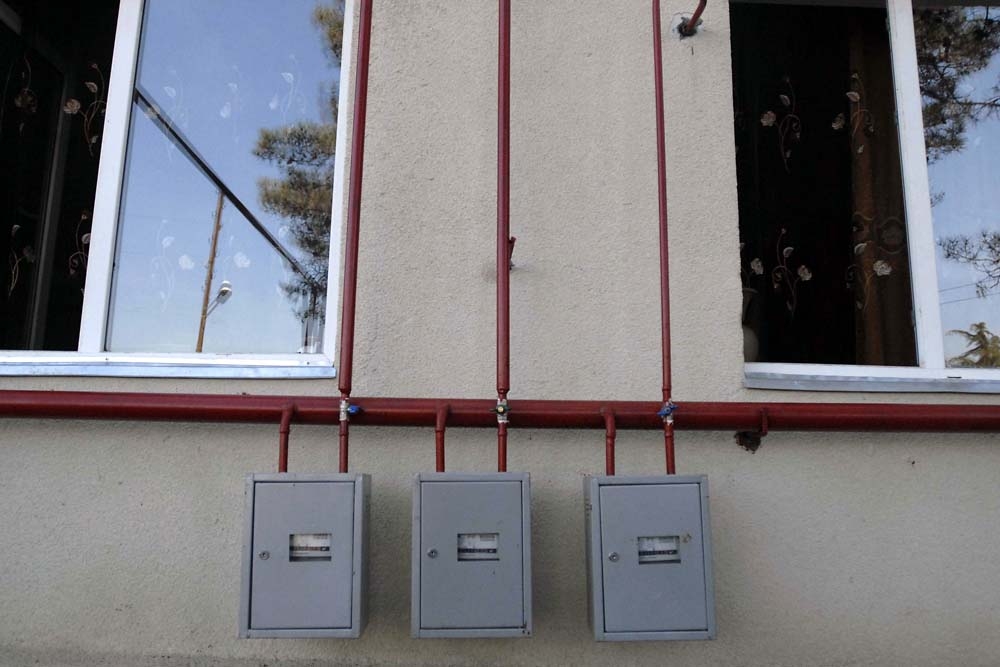 Gas lines run into one building, but have not been turned on yet. For now, families have turned to wood burning stoves. 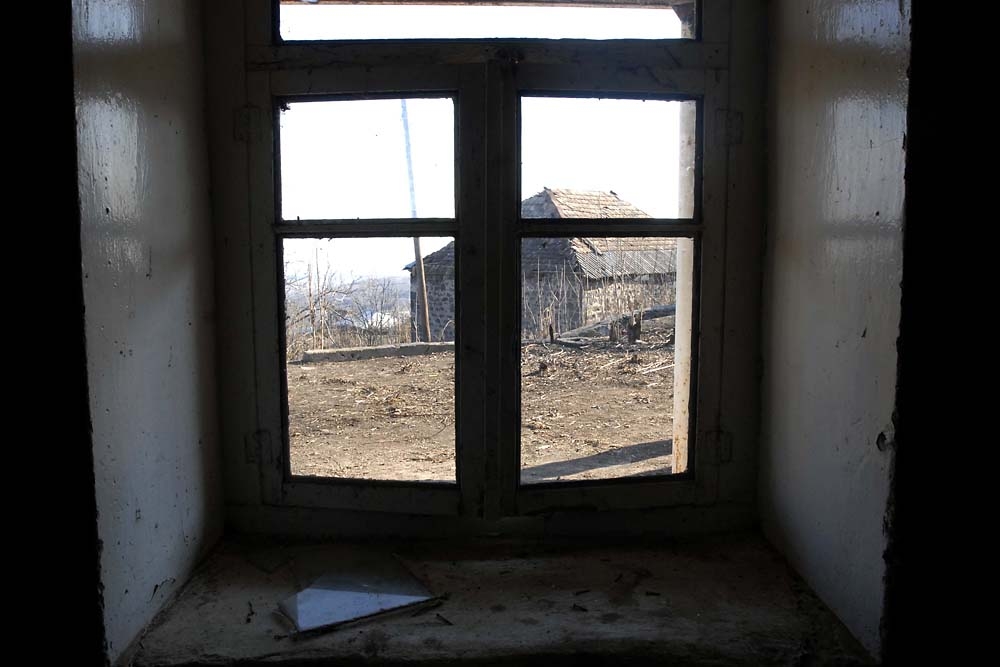 In Tsintskaro, the government purchased 15 houses with small land plots. 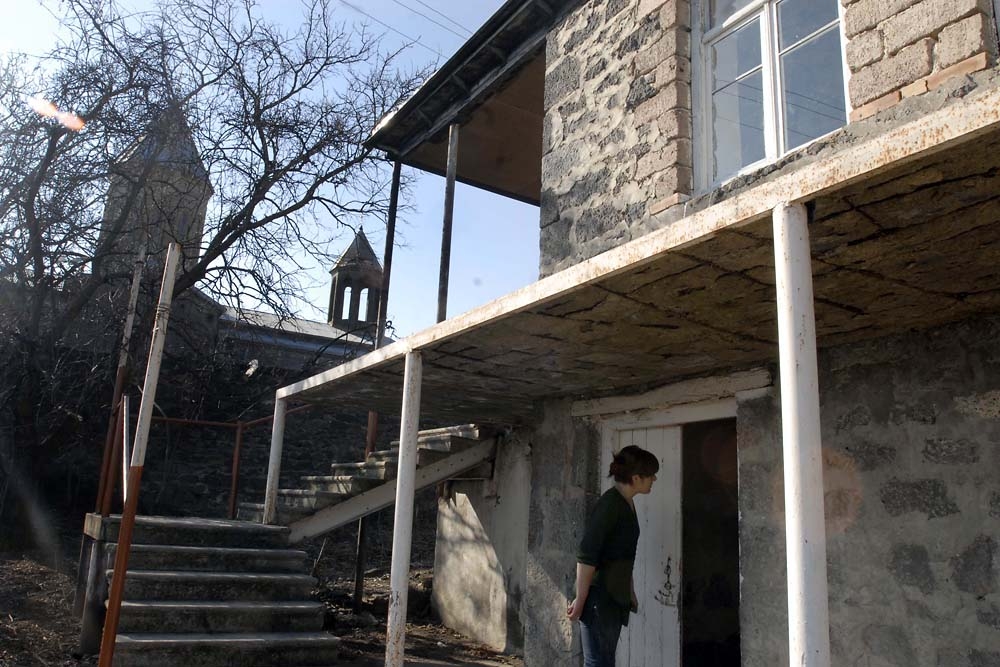 Several families already have been in Tsintskaro for more than a week without the promised food allotments. 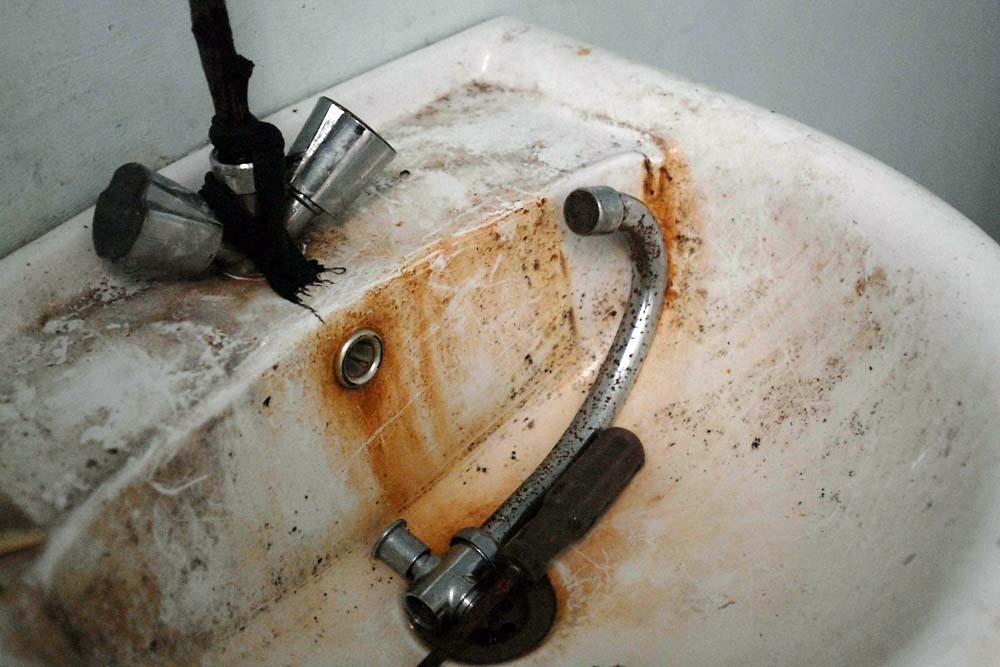 Residents in another building in Bakurtsikhe complain there is not one working faucet in the whole apartment house. 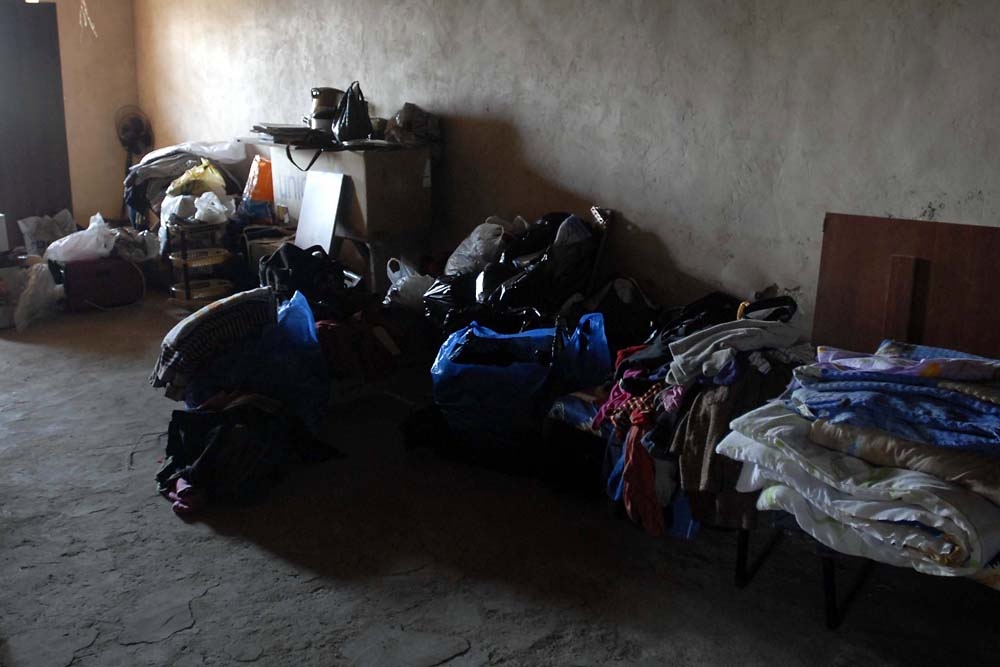 Some families say they arrived to empty, dark and cold houses, with no stoves or wood for heat. 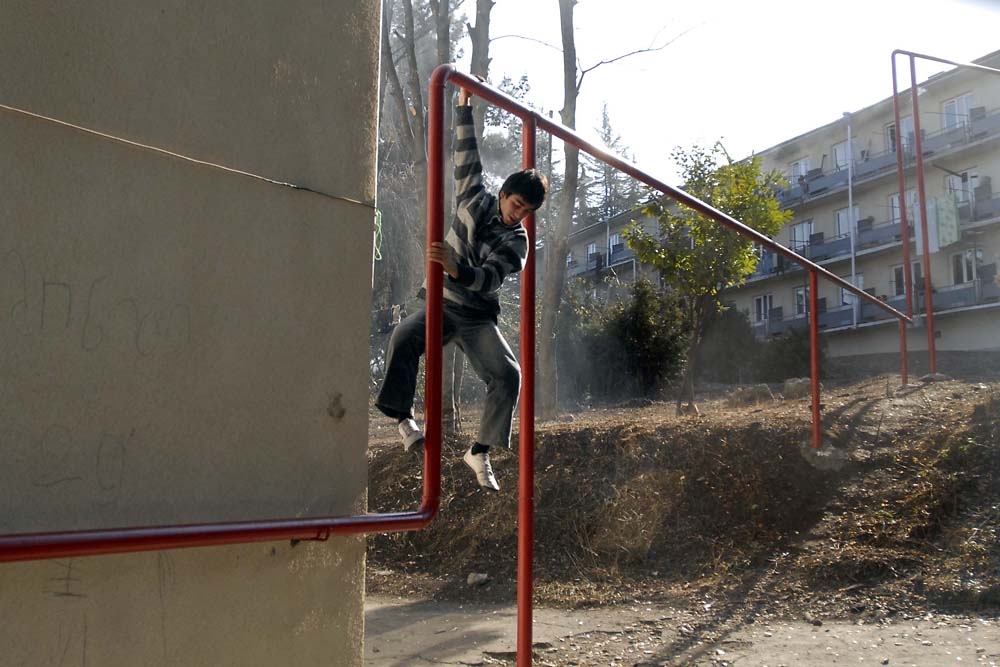 Less than 40 families chose to move to the government provided housing.
prev
next

Missing windowpanes, no water, no electricity and no gas. That was the scene that greeted one family of Internally Displaced Persons in Georgia after they were evicted from a make-shift shelter in Tbilisi in mid-January and moved into government-provided village housing.

“There was nothing here when they brought us,” said one Internally Displaced Person (IDP) woman from Abkhazia, who was relocated with her family to the village of Tsintskaro, roughly 50 kilometers south of Tbilisi, on January 20. One day later, a wood-burning stove and wood arrived.

The woman’s situation is not unique. Visits by EurasiaNet.org to two villages in the regions of Kvemo Kartli and Kakheti used by the Georgian government to accommodate Internally Displaced Persons (IDPs) revealed a systematic lack of basic utilities and occasional sub-par building conditions.

The problems coincide with increasingly outspoken complaints from IDPs, independent media and opposition parties about how the Georgian government is taking care of citizens displaced by Georgia’s 2008 war with Russia.

In a move to crack down on squatters in the Georgian capital, the government last August started to evict IDPs from private and state-owned Tbilisi buildings not classified as official shelters. The process stopped amid a public outcry and expressions of concern from the international community that resulted in consultations about a standard procedure for IDP evictions.

On January 20, the government started the evictions again, targeting 22 Tbilisi buildings. An estimated 500 families – over 1,500 people – were affected. Evicted IDPs were transported, with their belongings, to the accommodation of their choice -- often, a relative or friend’s nearby apartment; in the case of 39 families, to government-provided housing outside the capital.

The accommodations vary depending on location: while most IDPs were allotted a room or set of rooms in a renovated building, village houses with small land plots were also provided. The source of financing for the housing also varies. Some were entirely financed by the government; others with international donor funds.

In Bakurtsikhe, a village in eastern Georgia, five families moved into a building remodeled for IDPs with funds, the government says, from the European Commission -- 12,400 lari (or about $6,857) per apartment.

The work was done to accommodate a set of evicted IDPs who arrived in August 2010, but the repairs are already showing signs of deterioration. Faucets no longer work, floor tiles are broken and cracks have appeared in the walls. Families also complain about mold growing on the walls and no heat -- gas pipes have been installed, but not a ventilation system. Without it, the building’s gas supply cannot be switched on. “They [officials] say the gas will be turned on, but it is already the end of January,” one IDP woman said. IDPs interviewed by EurasiaNet.org asked not to be identified out of fear of government reprisals.

A spokesperson for the European Commission was unable to confirm whether or not the commission had provided financing for the building, or what monitoring for use of the funds was in place.

The local representative for the Ministry of Internally Displaced Persons from the Occupied Territories, Accommodation and Refugees (MRA) implied that IDPs were to blame for the building’s problems. The housing in both Bakurtsikhe and Tsintskaro was in good repair before the IDPs moved in, insisted Davit Chkonia, the head of MRA management for Kvemo Kartli, Kakheti and Mtskheta-Mtianeti. “The building companies did everything well, but [a] great deal is dependent on families to take care of it.”

Repairs in Bakurtsikhe have been made twice over the past several months based on residents’ complaints, he added, declining to look at photos of the problem areas. “In Bakurtsikhe, the old faucets were changed and [the] government tries to [create] better conditions for them [IDPs],” Chkonia said.

In Tsintskaro, the government purchased 15 houses with small land plots, based on several criteria, including access to water and a sewage system, according to Chkonia.

But EurasiaNet.org learned that at least one family in Tsintskaro was unable to move into the house they were assigned since it has no gas, no electricity and no sewage system – not even an outhouse.

MRA administrative department chief Valeri Kopaleishvili said that funds will be allocated for repairs in Tsintskaro based on IDPs’ needs.

Chkonia asserted that ministry staff visit the IDP settlements “regularly,” and are doing their best to respond to IDP complaints. Wood is provided free of charge and each family has land to grow crops, he said. In the meantime, food and other necessities will be provided in “one week,” he added.

Several families, however, already have been in Tsintskaro for over a week without the promised food allotments. One IDP woman from Abkhazia, with three children in school in Tbilisi, expressed concern about the future.

“I had no choice about coming here,” she said, “[and] they gave us a set of empty rooms.”