With their borders still largely closed, Georgians hit the beach and let their guard down. The epidemiological result was inevitable. 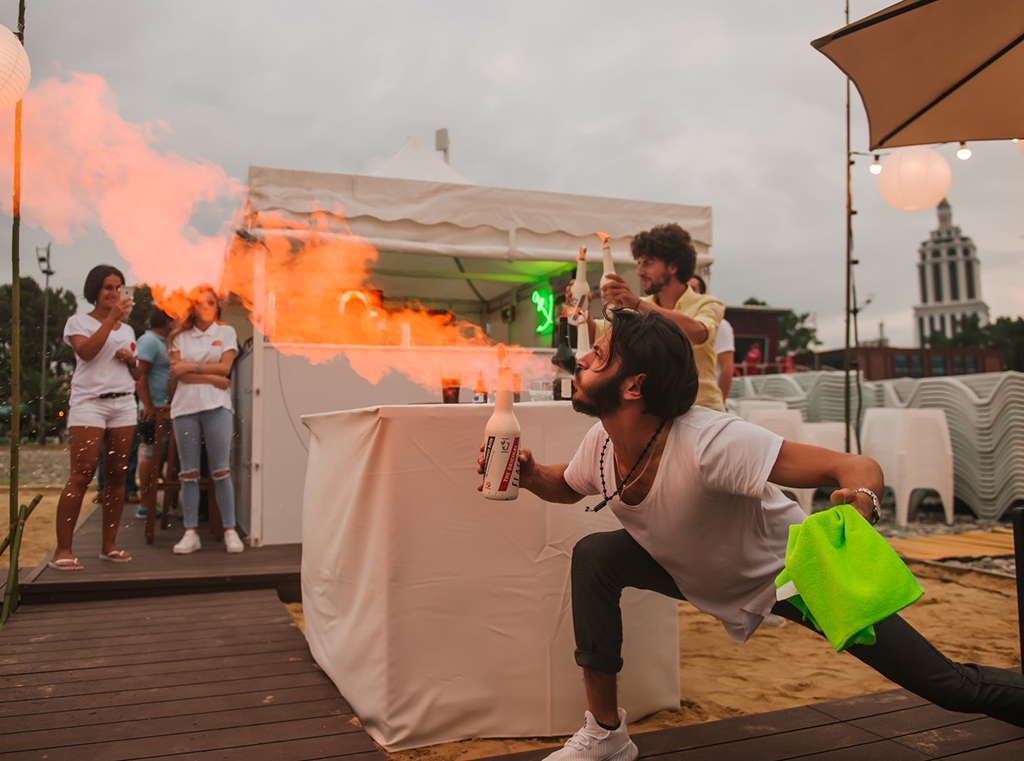 Balancing a tray of drinks in one hand, the beach peddler zigzagged through the clutter of white, plastic lounge chairs along Batumi’s long shoreline. “Ice coffee, refreshing coffee,” he droned on in Russian, pebbles crunching under his feet. “Look at this poor guy still going at it in Russian,” one young woman joked in Georgian, after the man walked past her. “He thinks it’s still 2019.”

In a normal year, Russian might be the language with which to hawk to the sunbathers along Georgia’s Black Sea coast, which usually hosts a broad mix of post-Soviet peoples like Russians, Armenians, and Azerbaijanis. This year, though, foreigners are largely shut out and have been replaced by Georgian beachgoers. Only about 48,000 foreign nationals visited Georgia in August, according to government data, a staggering 96 percent drop from the year before.

But for the same reasons that foreigners couldn’t make it to Georgia, it was difficult for Georgians to leave, and so the country’s Black Sea beach resorts were crowded with locals.

“We were expecting a bad season, but Tbilisi just keeps coming,” said one manager of the Ski Inn Hotel in Batumi, Georgia’s third-largest city and top fun-under-the-sun destination. “This time we see a lot of rich Georgians too, those who know every nook and cranny of Florence, but hardly have done any traveling in their own country,” said the manager, who asked not to be named.

While they were relaxing by the sea, Georgians also took a relaxed approach to the pandemic and the smothering public health recommendations that have been imposed in its wake. In contrast to the mostly conscientious observances in Tbilisi, along the coast the masks came off, empty hand sanitizer dispensers went unfilled, and social distancing was forgotten. Friends hugged, kissed, and shook hands along the palm-lined promenades. 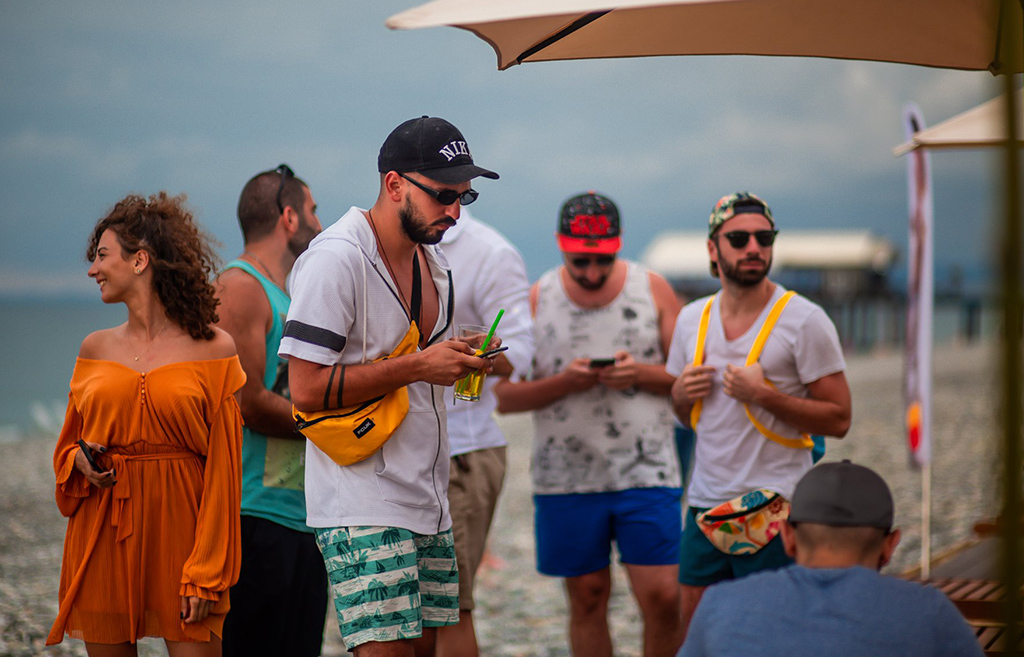 The result was predictable: a COVID-19 outbreak that now threatens Georgia’s hard-won status as a global pandemic containment champion.

Epidemiologists traced the new outbreak back to a single Batumi cake shop, but it quickly spread through the city and larger Adjara region. “We don’t think in terms of clusters anymore,” Rusudan Shavishvili, director of Public Health Center of the Adjara Region, told reporters on September 14. “The virus has spread to all groups of society, doctors, police […] you too could be infected.”

Public health analysts say that the surge was bound to happen after Georgia lifted its stringent internal lockdowns, relaxed border entry rules and encouraged domestic travel. “Now people talk about a second wave in Georgia, but what we are seeing actually is the swell of the first wave,” Nino Giguashvili, a public health expert, told Eurasianet.

Until recently, the spread of the novel coronavirus in Georgia had formed a largely flat curve, with only a few bumps to reflect small outbreaks that were swiftly contained. The steep rise began in late August, as the count of new cases began increasing exponentially, jumping from low double-digits to about 150 cases a day by mid-September.

“After the regulations got relaxed internally and on the border, the transmission predictably began to pick up speed,” said Maia Butsashvili, an infectious disease doctor at the Tbilisi-based Neolab clinic and a frequent commentator on COVID-19. “Understandably, no country, except maybe a dictatorship like North Korea, could afford staying in lockdown indefinitely, and definitely not a small economy like Georgia.”

Starting in July, Georgia opened its borders a crack, allowing in tourists from Germany, France, and the three Baltic states without quarantining or testing them. But the post-Soviet countries that typically make up the bulk of Georgia’s tourists remained shut out.

With foreign tourist numbers only at a fraction of their usual level and the country’s hospitality industry struggling, the government encouraged Georgians to travel internally.

After the suffocating lockdowns in spring, Georgians did not need much persuading. Thousands hit the country’s new trendy travel spot, the cloud-shrouded mountaintop of Gomi, while others went up to Svaneti, Georgia’s trademark mountain region with its snowy peaks and medieval hamlets. The majority, though, hit the beach.

Svaneti saw an outbreak in early August and then Batumi erupted by the end of the month. By September 16, the pace of transmission in Georgia (196 new cases) had overtaken the daily tally in neighboring Azerbaijan (141 new cases) and was approaching the numbers in its other, comparably sized neighbor, Armenia (257 new cases).

“The initial containment postponed the inevitable: now Georgia is joining the rest of the world in terms of the COVID-19 situation,” Butsashvili said.

The majority of Georgia’s new infections were from Batumi and elsewhere in Adjara, while Tbilisi and other areas remained relatively unaffected. Georgia’s total number of confirmed cases stood at 2,758, and total deaths at 19. On both counts, Georgia remains far behind most European nations and all of its neighbors, where there are tens of thousands of total infections and hundreds dead.

After the new outbreak, the authorities said they did not intend to return to the broad lockdowns of the spring but would rely instead on more targeted measures. They have already postponed the start of in-person schooling, restricted the size of public gatherings and made testing mandatory for all foreign arrivals.

The shift in counter-pandemic strategy has been met with a good deal of confusion among Georgians, with many wondering why they had to go through the strict lockdowns in the spring only for the government to decide they were not necessary when the pandemic really hit.

Georgia’s infectious disease chief, Tengiz Tsertsvadze, says that the initial strict measures won Georgia critical time to prepare its hospitals and emergency services for the impact, as well as to learn more about the virus and gain experience in managing outbreaks. “It helped us prepare,” Tsertsvadze told local television.

Butsashvili agrees that the repressive containment effort initially may have helped spare Georgian health system of the stress. But she added that it’s still too early to judge whether a tough approach like Georgia’s was preferable to the looser approach tested by Sweden, which has remained largely open throughout the pandemic.

“It depends on when and how the pandemic ends,” Butsashvili said. “If an effective vaccine becomes available soon, before we reach high levels of transmission and deaths, then strict containment measures are justified by all measures.”