Pankisi’s female Sufi mystics hope that their dhikr rituals will encourage the outside world to think of peace, rather than war. 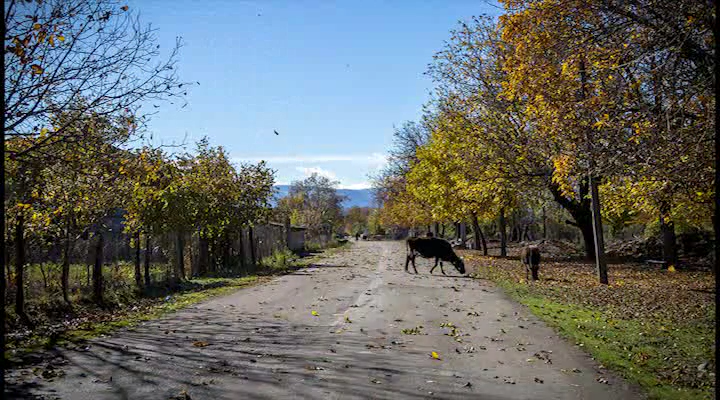 It was a crisp morning last autumn, and, against the dramatic backdrop of the Caucasus Mountains, Georgia’s storied Pankisi Gorge seemed calm and sleepy. In the valley’s main village, Duisi, columns of dark smoke rising from a few chimneys were the only signs of life. But scores of female residents had already begun their work – performing the dhikr, a traditional Sufi ritual.

For the outside world, Pankisi tends to be best known for its former resident, Tarkhan Batirashvili, also known as Omar the Chechen, a prominent commander with the Islamic State terrorist group presumed killed by a US airstrike in March. Scores of other young men also have left to join Islamic militants in Syria.

But Pankisi’s female Sufi mystics have other priorities. They hope that their dhikr rituals will encourage the outside world to think of peace, rather than war.

Sufism is a mystical branch of Islam that emphasizes direct, personal encounters with God. The dhikr, which means “remembering” in Arabic, refers to both a silent, individual appeal to God, and a communal prayer that involves recitation and an exuberant dance intended to dispel fear, unlock personal potential and bring the participant closer to God.

Although the practice has been long known in the valley, it was traditionally closed to the public.

In 1999, following the outbreak of Russia’s second war with Chechen rebels, that all changed. Refugees flooded into the valley. As ethnic Kists, a North Caucasian group close to Chechens, Pankisi women asked village elders to allow them to use the dhikr to show that Chechnya, where women as well as men practice the ritual, had more to offer than violence.

The elders agreed, and a non-governmental organization, Marshua Kavkaz (Peace for the Caucasus), was established. Its singing group, comprising 27 women ranging in age from 50 to 88, has since performed at various festivals in Georgia and abroad.

Bringing small gifts of food, Pankisi residents often ask the female dhikr practicants to pray for their families or for strength to confront particular challenges. The ritual is also performed after deaths to absolve the sins of the deceased.

Every Friday morning, the singers gather at 11:30 am in the smaller and more modest of Duisi’s two mosques. Shoeless, the women sit down on pillows and form an irregular circle. They begin to sing slowly. One of the women adds wood to the heater. Eventually, participants enter a trance-like state. The building heat of the fire causes them to sweat, which is considered purifying.

Some chat while others “talk with the beads [prayer beads].” At one point, they all turn toward Mecca and pray, some on their knees, some standing and some bending over. There are no rules of worship. They then return to the circle.

A feast of candy, nuts and fruit follows. The women sing over the food in the Kist dialect of the Chechen language. As they begin to clap their hands and sway, the chants gain power and rhythm. They stand up, and their feet start moving faster. An ecstatic dance begins.

The women end by blessing the food and sharing it among themselves and their guests.

The ritual is as much about community as it is about faith. Marshua Kavkaz also promotes tourism and Kist culture.

Many local Kists were forcibly converted to Christianity during the Tsarist era, yet Muslim missionaries managed to reintroduce Islam to the valley by the early 1900s, according to Vincenc Kopeček, a professor of human geography and regional development at the Czech Republic’s University of Ostrava who has researched Pankisi.

For most of the Soviet era, Duisi’s lone mosque was closed, but wandering Sufi mullahs preached unofficially.

Today, the two main Sufi orders of Naqsbandi and Qadiriya exist in Pankisi.

Yet, with the growth of stricter practices of Sunni Islam, brought by Chechen refugees as well as Arab missionaries, some younger Pankisi residents now frown on the dhikr, as well as the Chechen custom of adat, a code of behavioral ethics.

Interest in the dhikr is dying, worries 50-year-old Raisa, the circle’s leader, who, as a skeptical 33-year-old first joined the ritual at a neighbor’s behest.