The massive release of “kompromat” focused on the country’s powerful church but also provided evidence of state snooping on journalists, politicians and diplomats. 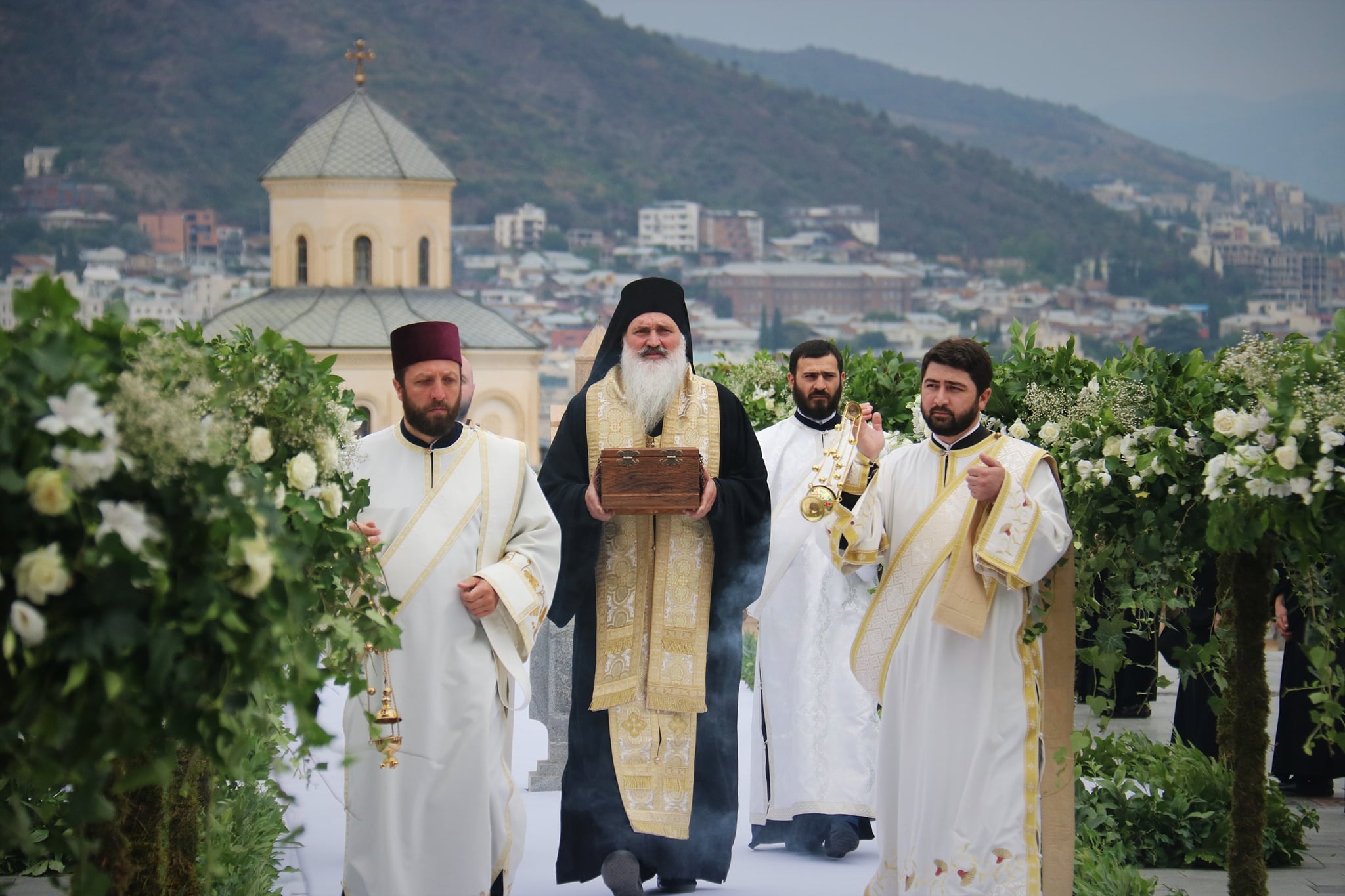 Georgia's powerful church was the target of leaks of recorded private conversations, many of them salacious. (photo: patriarchate.ge)

An anonymous leak of thousands of intercepted phone calls – and in some cases one-on-one conversations – targeted at Georgia’s clergy has shaken the country just ahead of pivotal elections.

On September 13, an anonymous source emailed and messaged dozens of journalists, sending a link to a website that contained files of transcripts of conversations that had been recorded by the State Security Service (SSS). The files indicated that the service has long been snooping on religious leaders’ conversations with journalists, diplomats, and among one another, and creating dossiers on the clergy members’ relatives, friends, doctors, and lawyers.

“A more evil and terrible job than the one I spent several years in does not exist!” the website’s front page read. “It’s title is not like that – the title is noble –​​​​​​​ the State Security Service. [...] In reality, nothing poses as much of a threat to our state, nothing rots it like we do! We are the cancer and I am one of the metastases!”

The website has since disappeared but journalists who downloaded the files have been combing through them. It is not known just how much of the information is true, but many of the targets of the surveillance have been confirming the authenticity of the files on them.

One of the folders, titled “Adulterers,” lists names, ID numbers, addresses and photos of priests and nuns who allegedly were conducting affairs with one another. Some files alluded to video “kompromat” –​​​​​​​ a regional term meaning compromising material usually used for blackmail –​​​​​​​ that had been gathered about priests and their sex lives.

Some media have further reported that some of the files refer to sexual relationships of priests with underaged girls and boys.

Other files purport to identify dozens of priests of “non-traditional sexual orientation” as well as drug users, one of which is reported to have “systematically” used drugs in his church itself.

The allegations have already caused tension within the church: Local media captured a confrontation between clergy in Chkondidi, in western Georgia, where priests physically attacked the metropolitan of the diocese calling him an “adulterer” and a “liar.”

"EU Ambassador to Georgia Carl Hartzell spoke with his assistant –​​​​​​​ and told her that tomorrow, October 9, at 11:00 a.m., the scheduled meeting with priests at the St. Andrew the First-Called University of the Patriarchate will last about an hour and half,” one of the files read, reported the local news outlet Formula TV.

“Eavesdropping of diplomatic missions, even if they are not directed at them, constitutes a violation of the Vienna Convention on Diplomatic Relations,” said Hubert Knirsch, Germany’s ambassador to Georgia, who was mentioned several times in the files, in an interview with the news website Netgazeti.

This reporter even made a small appearance in the leaks. They contain a transcript of a conversation I had in May 2020 with Bishop Rusudan Gotsiridze of the Evangelical-Baptist Church for a story I was working on for another outlet about the church’s proposal to take in those suffering as a result of the COVID pandemic; they had even explicitly mentioned wanting to welcome transgender people.

“On May 5, Rusudan Gotsiridze, Bishop of the Evangelical-Baptist Church, told RFE/RL journalist Tornike Mandaria that the initiative of bishop Malkhaz Songhulashvili to offer shelter has not received much response at the moment,” one of the transcripts, recorded by an intelligence officer named Akaki Nemsadze, reads. “T. Mandaria asked R. Gotsiridze to contact him in case requests appear related to this initiative in order to prepare a story on this topic.”

While the files appear to document many criminal acts, none of the priests named had been detained.

The state prosecutor's office announced on Tuesday that it launched an investigation into “violation of the secrecy of communication.”

Modern Georgia has a long history of politically motivated surveillance. The previous government, led by the United National Movement party, was notorious for the practice and when the current regime, led by the Georgian Dream party, came to power they vowed to stop it.

In 2013, the authorities publicly shredded 100 CDs, which they said contained personal recordings and which they had inherited.

Human rights advocates began pressing for stronger safeguards against surveillance abuse, and in 2016 the Constitutional Court declared unconstitutional regulations that had allowed the SSS to listen to personal conversations via direct access to mobile phone operators’ servers.

The court ruled that the “key to the black box” should not be in the hands of law enforcement investigators.

Nevertheless, in 2017 a Georgian Dream-majority parliament passed legislation giving that key to a new agency under the SSS, though it also required a court’s permission for such access.

Then, Prime Minister Irakli Garibashvili pointed the finger at his predecessor Giorgi Gakharia –​ who has since emerged as a political competitor–​ claiming he and his team had “access to very large amounts of information, including the surveillance service” and that the authorities were investigating these ties.

Gakharia denied any knowledge of mass surveillance in SSS during his tenure as prime minister, and before that as interior minister.

Church leaders have said they believe the leak was aimed at influencing pivotal local elections coming up on October 2, but have not specified how.

"There is an increasingly clear impression that the forces that are allegedly involved in disclosing the details of the surveillance, are trying to manipulate elections using the church,” the spokesperson for the Patriarchate of the church, Andria Jagmaidze, told journalists.

The SSS, for its part, has called on media to refrain from disseminating “inaccurate and unverified” information until the end of its investigation.

“The reproduction of such information violates the dignity of individuals, security officers and the service as a whole,” the SSS said in a statement. “It undermines trust in law enforcement and severely damages the state security system.”