Georgia: For Promoting Investment, a Prime Minister and His Billions Are Not Soon Parted 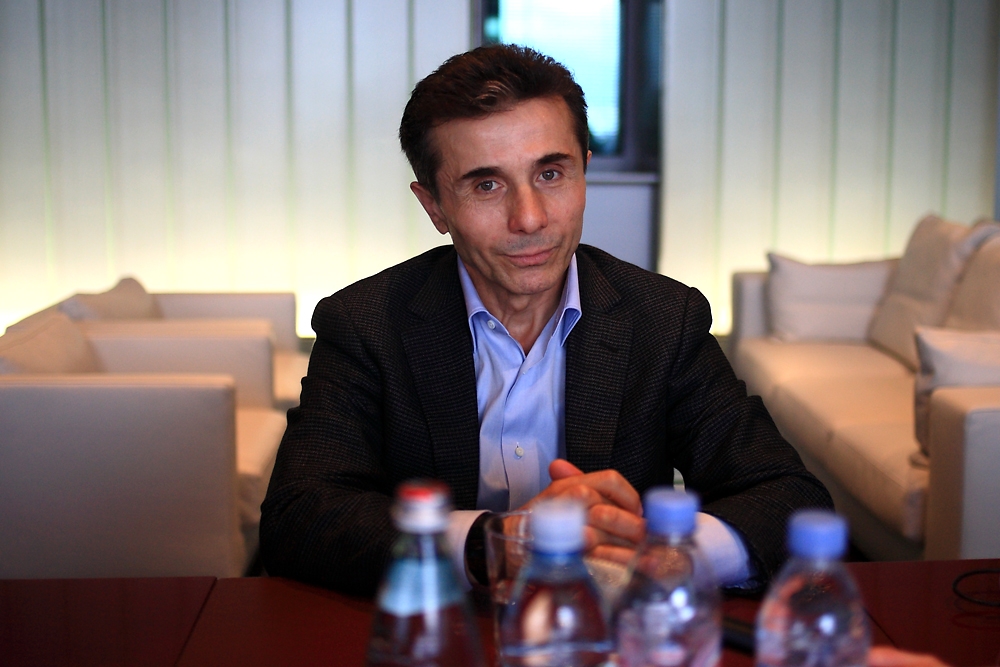 Ivanishvili’s plans for several government-run funds and one private one has some critics on the lookout for conflicts of interest. (Photo: Temo Bardzimashvili)

Where should the line be drawn between a government official’s personal wealth and his or her public responsibilities? Amidst promises to use his own cash to stimulate business investment, compensate storm victims and prop up the state budget, billionaire Georgian Prime Minister Bidzina Ivanishvili is making any distinction ever blurrier.

Since becoming prime minister in October 2012, Ivanishvili has repeatedly announced plans for three, new government-run investment funds: a $2-billion sovereign wealth fund, an agriculture fund and a venture capital fund. The first would control state assets like the railway and the Georgian Oil and Gas Corporation; the second aid Georgia’s ailing agricultural sector; and the third provide public investment for new business.

At the same time, Ivanishvili also has discussed a plan to become one of the investors in a private equity fund that would likewise invest in Georgian businesses. The private equity fund would be different than the government-run funds, but Ivanishvili’s tendency to speak about all four funds together has raised expectations that he will also finance part of the sovereign wealth fund.

And the lack of clear-cut information from the government has added to the confusion.
Amidst Georgia’s economic doldrums, few ordinary Georgians see any conflict of interest with the prime minister putting his fortune into a private fund -- or, for that matter, into government-run funds -- that helps Georgian businesses.

With an estimated personal wealth of $5.3 billion, according to Forbes Magazine, and a reputation for deep pockets – singlehandedly financing the make-over of his native village, Chorvila, for instance -- Ivanishviili and his billions exert a strong hold on voters.
Nonetheless, controversy persists.

“My question is how the investment fund gets money,” commented Vakhtang Lejava, a former economic advisor to ex-Prime Minister Nika Gilauri, in reference to the sovereign wealth fund. “We know just one declared source of possible investment: the prime minister’s private wealth.”

But Ivanishvili himself has denied “any connection with the [government-run] funds,” assuring a February 5 press conference that “I am not hiding anything and there is nothing to hide.”

Giorgi Bachiashvili, deputy chief executive officer of the government’s Partnership Fund, which provides state financing for private-sector projects, echoed that statement. Barchiashvili , who is working with the government on establish the sovereign wealth fund, emphasized to EurasiaNet.org that “Mr. Ivanishvili will have nothing to do whatsoever” with the fund.

As for the private equity fund, he continued, it “will be a completely private entity,” made up of “wealthy Georgians” who will act as “passive” investors in Georgian businesses.
No further details were available.

Barchiashvili, however, dismissed criticism of Ivanishvili becoming a start-up investor in a private fund whose performance will be affected by his own government’s investment strategy. “Some people might get this perception [of a conflict of interest], “ he said. “I don’t know. It is very personal.”

A “huge scandal” would erupt if any one investor in the private equity fund was seen as taking advantage of another investor, he predicted.

Avoiding such perceptions is precisely the aim of government ethics codes in the European Union and US, but Georgian law does not contain extensive definitions of conflicts of interest for public officials. It defines a conflict of interest as a contradiction “between [the] private or property interests of a public official with [the] interests of a public service." Officials are barred from holding controlling shares in a company.

In the past, though, a blind eye often has been turned to these requirements.
Ivanishviili’s personal wealth has never been sharply distinct from his political career. Shortly after the 2012 parliamentary elections, he floated the option of using his own fortune to fill in any budgetary gaps. So far, the proposal has not been used.

But other offers of help have. In January, a Georgian business holding Ivanishvili founded, Cartu Group, made good on the prime minister’s campaign promise to aid families in the southeastern region of Kakheti who had suffered from a series of brutal storms last summer. Under a contract signed with the Ministry of Regional Development and Infrastructure, Cartu Group pledged 95 million lari ($57 million) in compensation for the 25,800 families affected by the storm.

While Ivanishvili no longer owns the holding, his elder son, Uta, owns 8.25 percent, according to ownership documents filed with the National Bank of Georgia.

Regional Development and Infrastructure Minister Davit Narmania, though, dismissed charges that the aid constitutes a conflict of interest. Only the Cartu Group, “which implements its activities independently from the government,” is disbursing the funds, Narmania noted, comparing the handouts to assistance from an international non-governmental organization.

But concerns persist that Ivanishvili’s habit of speaking about his wealth in connection with government programs is blurring any such distinction. In a culture where families are seen as a collective, headed by a patriarch, Ivanishvili’s son’s stake in the Cartu Group is seen as synonymous with the prime minister. The same perception applies to the private TV broadcaster Channel 9, whose majority owner is Ivanishvili’s wife, Ekaterine Khvedelidze.

So far, though, Ivanishvili has downplayed concerns over how others will perceive his dual role as prime minister and private investor.

“It is not important who invests how much in what,” he told the February 5 press- conference in reference to the private equity fund.