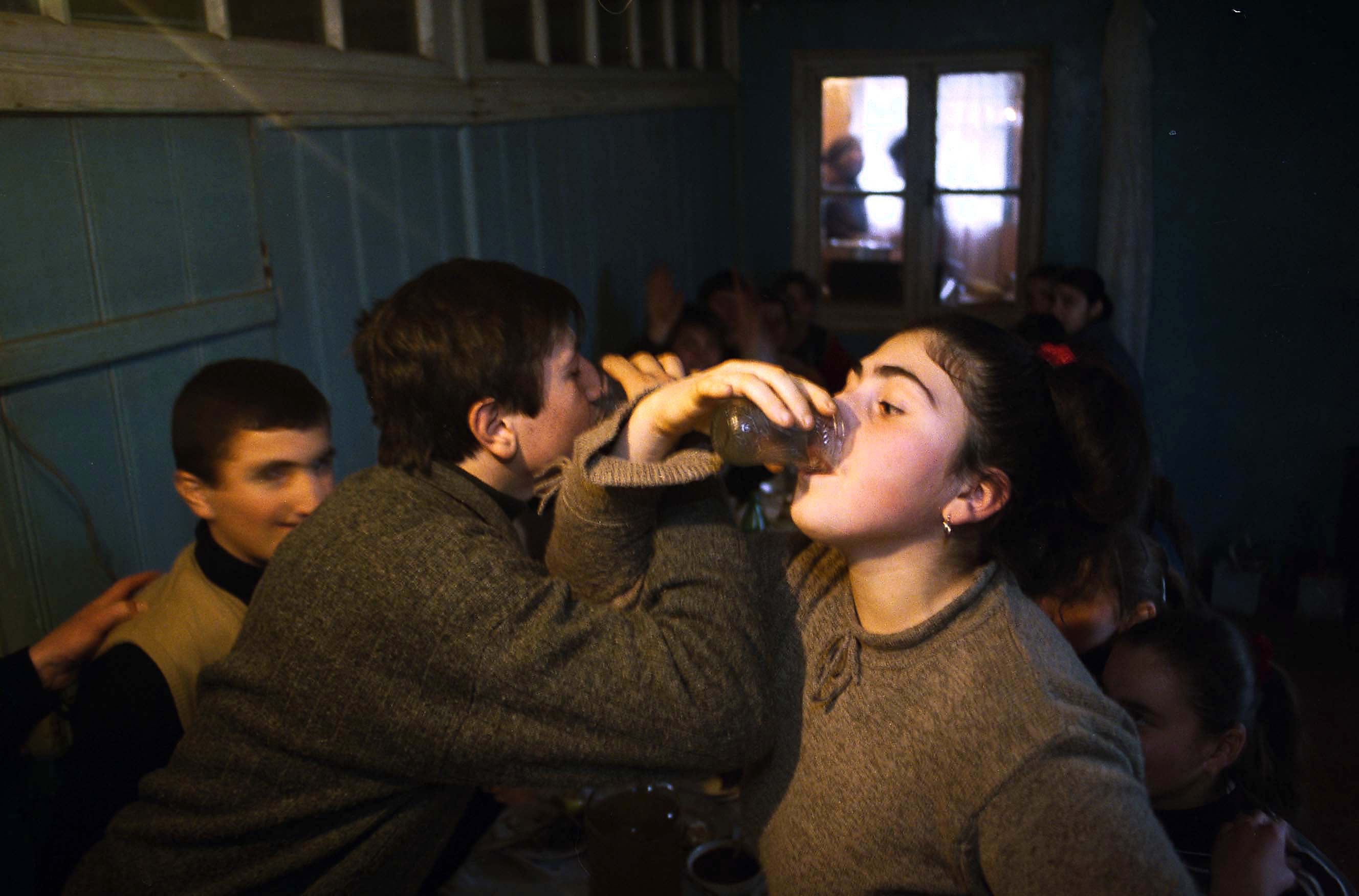 The South Caucasus state of Georgia has a reputation for being a staunchly patriarchal society. But 21st century realities are starting to chip away at the country’s male-first pecking order, experts say.

Custom has long cast Georgian men as wage-earners, the unchallenged heads of households and the upholders of familial honor. But some rights advocates, including Mamuka Gachechiladze, say a gradual shift is underway, with men slowly assuming an increasing share of domestic responsibilities. “[O]f course there is still a difference between a man’s 24-hour [day] and a woman’s 24-hour [day] … but the situation is changing,” said Gachechiladze, a trainer at the Women Information Center in Tbilisi.

What might seem like small changes in the West – such as more men taking their children to school, or helping their spouses around the home – marks a significant shift in male roles in Georgia from even a decade ago, he said.

Ketty Makharashvili, a United Nations Development Programme (UNDP) component manager, said men in urban areas, especially the capital Tbilisi, are leading the way in becoming more “involved” fathers, and in encouraging their spouses to build careers outside the home. The trend is not necessarily an indicator that enlightened attitudes are rapidly spreading in Georgia; a socially conservative mindset remains deeply entrenched. It is economic necessity that’s driving change, Makharashvili said.

“I wouldn’t say it is gender stereotypes that are changing. It is more that the socio-economic situation … has forced both men and women to look at things differently,” she said.

Stereotypes concerning gender roles still run deep in Georgia: children are taught from an early age to associate certain toys, games, colors – even songs – with gender. Cleaning, cooking, taking out the trash and taking care of babies are all seen to be firmly in the realm of women’s work.

Survey data suggests that Georgian women aren’t exactly clamoring for change. Makharashvili noted that in a recent UNDP survey, published in November 2013, 88 percent of the 1,760 Georgians queried agreed that in an ideal situation, men should be the sole breadwinner in a family. When it comes to cooking, 93 percent of women acknowledged being the preparer of meals, and focus groups found that the general attitude among Georgian women was that men shouldn’t have a role in the kitchen. The responses were similar for most chores traditionally assumed to women, from cleaning to taking care of children.

“Mothers are usually very conservative,” Makharashvili said. “That is a fact, and we cannot run away from that.”

UN representatives and local activists want the slow march toward gender equality to be placed on a more secure path. Accordingly, they are developing programs that strive to examine social stereotypes and, ultimately, change them.

Marina Tabukashvili, the general director of TASO Women’s Fund, stressed that education is the key to change. “We cannot fight against … stereotypes, just by cutting this stuff [off],” Tabukashvili said, noting that a shift in “philosophy” is necessary. [TASO receives funding from the Open Society Georgia Foundation, part of the Soros foundations network. EurasiaNet.org operates under the auspices of the Open Society Foundations in New York, a separate entity in the Soros network].

Makharashvili and her team have launched a campaign that encourages the publication of articles in a popular magazine showcasing Georgian men teaching, and women in the military. The initiative also provides support to graffiti artists to spray-paint messages around Tbilisi questioning women’s roles at home, in the workplace and in politics.

Meanwhile, the United Nations Population Fund (UNFPA) is promoting a series of seminars that examine issues such as domestic violence. “We have figures that say, over the past few years, things have changed, and we hope the change will not stop, we hope some progress will happen,” said UNFPA communications specialist Mirian Jugheli.

For Gachechiladze, the rights advocate, genuine change is not just about Georgian men taking turns cleaning the kitchen, or changing diapers; it is about creating healthy households, in which spouses respect each other and work together. “Cleaning the dishes ... in the 21st century, it is not a very big [deal],” he said. “The bigger issue is a harmonious family, in which the division of roles is not written on paper, and members of the family do what they do because they care about each other.”