Georgia Gets Little to Take Home from NATO Summit 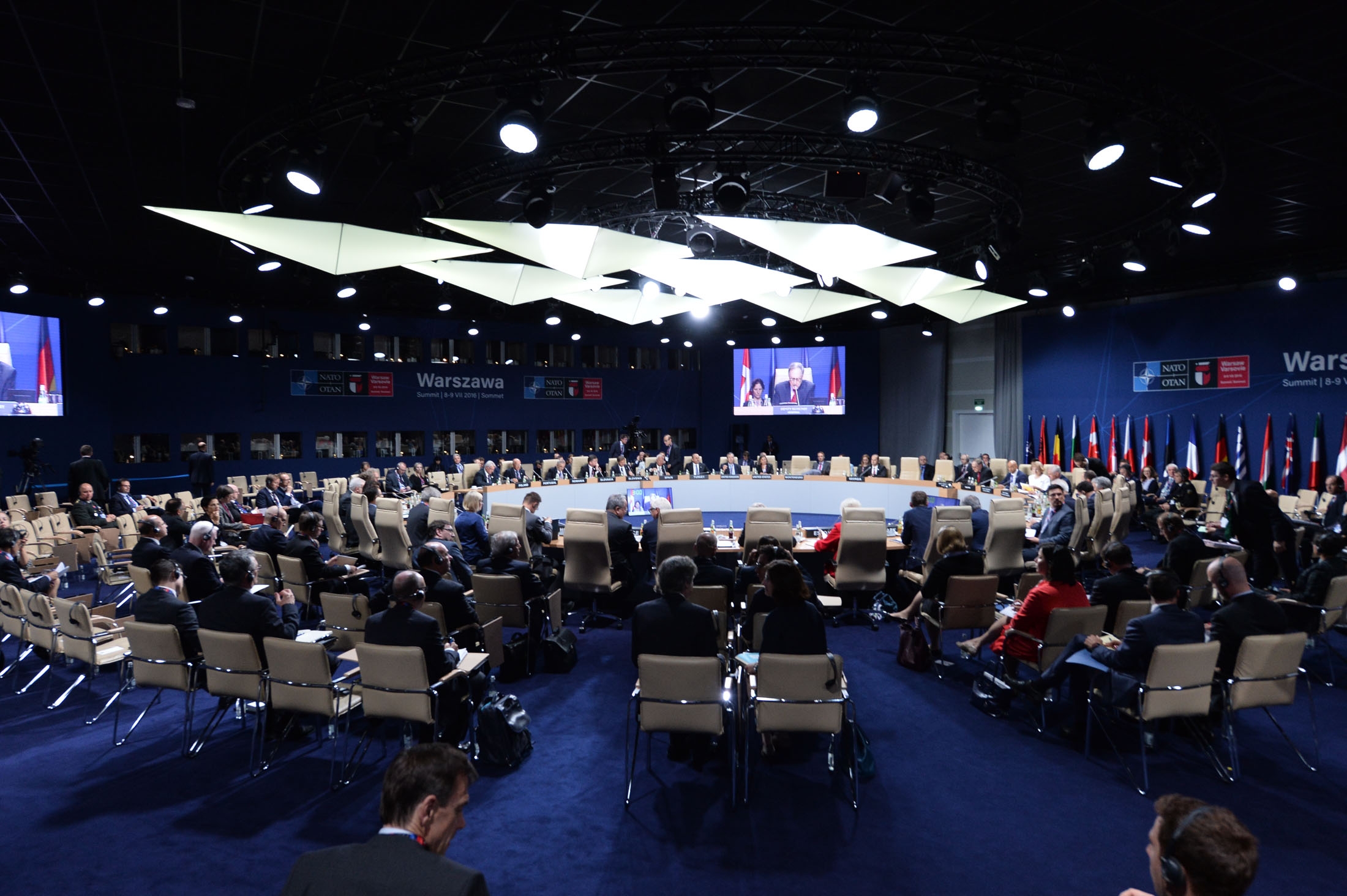 The NATO-Georgia Commission meets in Warsaw on July 8. (photo: NATO)

Georgia and NATO announced their new program for cooperation at the alliance's summit in Warsaw, and it appears to contain little new for Tbilisi.

Ahead of the summit, Georgian officials had said they were hoping for "instruments" for self-defense. “Indicator of success [at the summit] will be having more self-defense capabilities, which means being more secure and having more instruments for deterrence,” said Defense Minister Tinatin Khidasheli in April.

By that measure, the summit results appear to be a disappointment. On Friday, at the end of the first day of the summit, the NATO-Georgia Commission released a statement laying out their position and plans. The key paragraph in the statement describing what NATO will offer Georgia is pretty vague:

We have also decided on new steps to intensify our cooperation, to help strengthen Georgia’s defence capabilities, interoperability and resilience capabilities. These initiatives include increased support for Georgia’s Training and Education, including through a possible trust fund project, and Strategic Communications.  Allies will provide support to the development of Georgia’s air defence and air surveillance. Allies bilaterally are implementing programmes to enhance Georgia’s self-defence and resilience.  We will also deepen our focus on security in the Black Sea region.

And that is in spite of a crafty effort by the Georgian delegation to ply their NATO partners with Georgian wine.

It should be noted that earlier this week the U.S. announced that it was shifting its military aid to Georgia to help the country better defend itself (as opposed to being able to deploy abroad). And, as the statement noted, some allies (namely France) are bilaterally offering air defense systems. So the overall trajectory is going in Georgia's direction, even if this summit provided little new. Khidasheli did suggest that the French system, once installed in Georgia, could be integrated into NATO's air defense network:

“As you are aware we have an agreement with the French side based on which we have started development of this area of our Armed Forces, but we have been asking NATO for additional capabilities and, even more important, is integration into NATO’s system and that’s what we received here today. That implies that from the very day – January, 2017 – when we start implementation of active phase of the French agreement, our air defense systems will be fully integrated with NATO’s air defense system,” she told Georgian Imedi TV.

While an offer of membership was not in the cards, there was some hope of some kind of other formal relationship. Beka Kiria, a Senior Specialist in the Defence Policy and Planning Department at Georgia's Ministry of Defense, wrote in the run-up to the summit that Tbilisi could hope for a sort of "28+2" program linking NATO, Georgia, and Ukraine more tightly:

In Warsaw, with the growing tension between the West and Russia, the alliance may decide to bolster its ties by signing a special partnership agreement with Georgia and Ukraine. There are discussions among members of the alliance about offering an association agreement with a “28+2” framework, allowing the Georgian and Ukrainian militaries to further intensify cooperation with NATO. Official Tbilisi had perceived the summit as an opportunity to receive a MAP. However, from the perspective of the existing realities in the region, even smaller steps towards NATO in the 28+2 format would be a huge improvement.

But that didn't happen, and in terms of the membership process NATO offered basically a "keep up the good work":

At the 2008 Bucharest Summit, Allies agreed that Georgia will become a member of NATO with MAP as an integral part of the process; Allies reaffirm all elements of that decision, as well as subsequent decisions.  We welcome the significant progress realised since 2008. Georgia’s relationship with the Alliance contains all the practical tools to prepare for eventual membership.  Allies encourage Georgia to continue making full use of all the opportunities for coming closer to the Alliance offered by the NATO-Georgia Commission, the Annual National Programme, its role as an Enhanced Opportunities Partner, its participation in our Defence Capacity Building Initiative and the Substantial NATO-Georgia Package, as well as the Interoperability Platform.

And one key item on the NATO agenda that would affect Georgia, the potential establishment of a sort of permanent Black Sea naval presence, had yet to be decided on the first day. Stay tuned.