As countries around the world struggle to manage the pandemic, Georgia has become an unlikely success story. 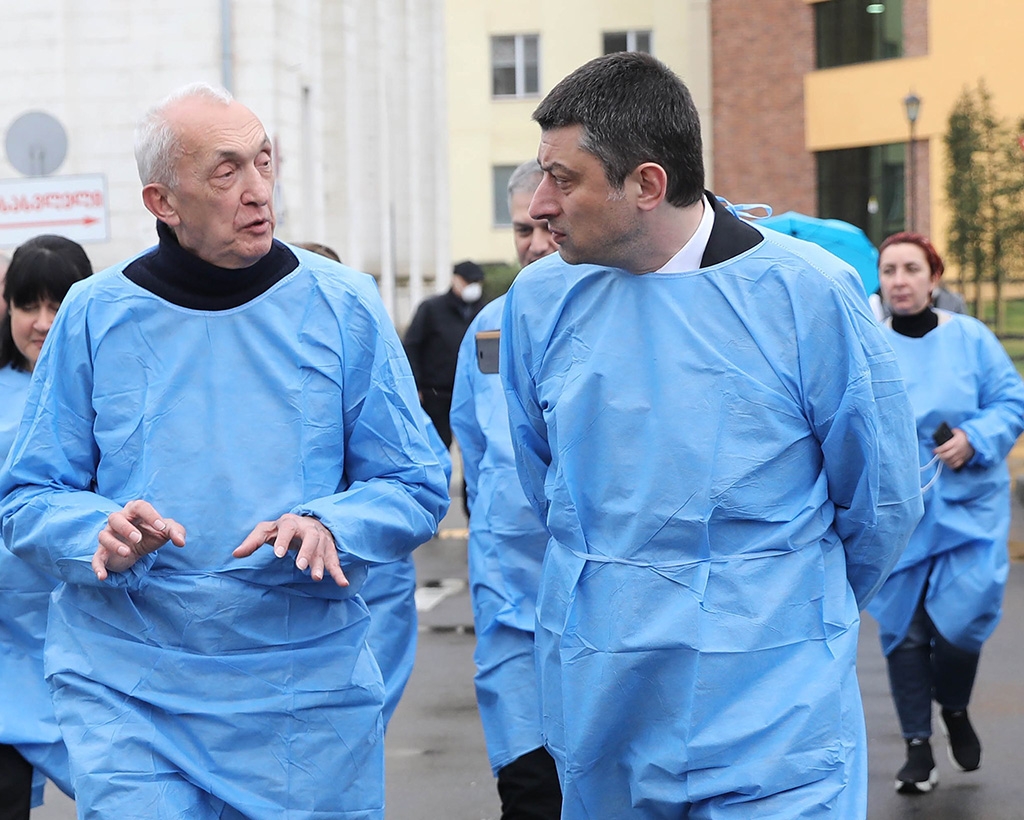 Along with coronavirus, Georgia has had an outbreak of something the country hasn’t had in years: public confidence in the government.

Nearly a month after COVID-19 first arrived in Georgia, the number of confirmed cases had reached only 44 by March 20, with no fatalities.

To many observers, even long-time critics, this is evidence that the government is doing something right: stepping back and letting the health professionals take control.

“The immediate countermeasures to contain the outbreak of [the novel coronavirus] have been very timely and adequate,” Nino Giguashvili, a Georgian public health expert based in Prague, told Eurasianet. “In fact, Georgia was among the first countries in Europe to undertake effective measures.”

As the virus spread, Georgia moved fast to suspend direct flights with emerging hot spots, profiled and quarantined travelers arriving from abroad, and conducted a public awareness campaign of unprecedented size – all well before most of Europe began switching to safe mode. Schools were closed and targeted lockdowns put in place when Georgia had only three confirmed cases.

By the time epidemic broke out in nearby Iran in mid-February, proactive border checks, which included temperature tests and reviews of travel history, were already well in progress in Georgia. Thus, Georgia was able to detect the first carrier of the virus, a Georgian man returning from Iran, on February 26, directly on the land border with Azerbaijan. He was swiftly isolated along with his fellow travelers and others with whom he had had contact on the Georgian side. The border was immediately closed to Iranian visitors, while Georgian citizens returning from Iran were quarantined and tested for coronavirus.

In the following days, hundreds of arrivals from hard-hit countries and people with whom they had interacted were quarantined either in state-run facilities or at home.

As the center of gravity for the pandemic shifted from Asia to Europe, Italy became Georgia’s primary source of the virus. A few infected arrivals from Italy slipped through Georgia’s defenses at the border, but the authorities appeared to have successfully identified and isolated these individuals’ contacts before the contagion could metastasize.

All these prudently timed steps were the result of the government’s deference to the nation’s best public health minds. These include the head of the National Center for Disease Control, Amiran Gamkrelidze, his deputy, Paata Imnadze, the director of the Center for Infectious Pathologies, AIDS and Clinical Immunology, Tengiz Tsertsvadze, and the medical director of that hospital, Marina Ezugbaia.

These doctors, Ezugbaia in particular, have become media stars, providing exhaustive updates at the top of almost every hour on the existing patients’ health, their numbers, the sources of their infection, as well as the trajectory of the virus’ spread and the best course of action at every stage of the fast-developing situation.

“Putting brilliant professionals at the very front line helped make sure that public messages were communicated by the right people at the right time,” said Giguashvili. She added that the leadership of the nation’s best healthcare minds has helped ensure that the response has been effective, based on scientific rigor and commensurate with the country’s resources.

“We all meet almost daily and are constantly on the phone with each other. We are looking at the global patterns, past and global experiences with epidemics, and then tell the government what to do based on the best scientific evidence and experience,” said one epidemiologist involved in Georgia’s response to the coronavirus who asked not to be identified.

“Putting professionals in the driver’s seat was perhaps the smartest thing this government has ever done,” said Zurab Tatanashvili, a Georgian expert on public health and social services. “If this was not a very serious situation, the government would not have prioritized skill and experience, as it hardly ever does. But this is a potentially existential situation for the governing party and is happening in an election year. So, fear has proved to be a good adviser.”

One of the criticisms often leveled against the ruling regime is that appointments to top government offices are made based on fealty to the party and its powerful chief, billionaire Bidzina Ivanishvili, rather than on professional credentials or reputation. (One such example: Health Minister Ekaterine Tikaradze, a new appointee widely perceived to be tied to Ivanishvili.) Many cite this staffing strategy to explain the year-by-year drop in the approval ratings of the governing Georgian Dream party.

Analysts believe that the government is now rebounding from that slump in public support thanks to its handling of the coronavirus crisis. “We could say that this virus, for now, is working for the Georgian government,” prominent sociologist Iago Kachkachishvili told the news website Netgazeti. “If the current situation persists, the government will keep earning points.”

As nations around the world fight the pandemic, they concentrate on three phases – containment, delay and mitigation – and weigh the relative impact of countermeasures on the economy, public order and civil liberties. It’s a delicate balancing act between the effort to “flatten the curve” (to make sure the spread proceeds at a moderate pace, without sudden jumps that overwhelm hospitals) and moderating the economic cost of the response measures.

Georgia has thrown all its efforts at containment, and at a very early stage of the outbreak compared to more affluent countries. “The fact is that prevention is the only viable option for a country like Georgia, having scarce resources and a fragile healthcare system,” said Giguashvili, the expert in Prague, adding that the kind of massive outbreak that has wrecked healthcare systems in countries like Italy would have even more dire effects in Georgia.

There are still detractors, those who argue that Georgia’s containment effort came too little too late or – on the contrary – that they have gone too far. Police have chased down people who flouted their self-isolation regimes and put them in state-enforced quarantine, prompting grumbles in some corners.

And Georgia is not out of the woods yet. While most of Georgia’s confirmed cases have been imported or closely associated with foreign travel, now the country is teetering on the cusp of community spread.

Neighboring Armenia had been the Caucasus’s leader in keeping the disease at bay until a surge in the number of cases this week (the total stood at 136 as of March 20). Much of the spike was attributed to a single woman, who hid the disease while she went to an engagement party. In Georgia, too, one infected person attended a funeral, creating fears that a wave of local transmission could be looming.

If that happens, Georgia will need to act fast to implement extreme measures like a full lockdown and restrict free movement. On March 20, Georgia announced a full ban on international travel and ordered the closure of all shops, with exceptions for essential services like food markets, drug stores, banks and gas stations. The authorities have stopped short of restricting free movement and staying home remains a request, not a requirement. For now.