Georgia: Going for Green, or Greenbacks? 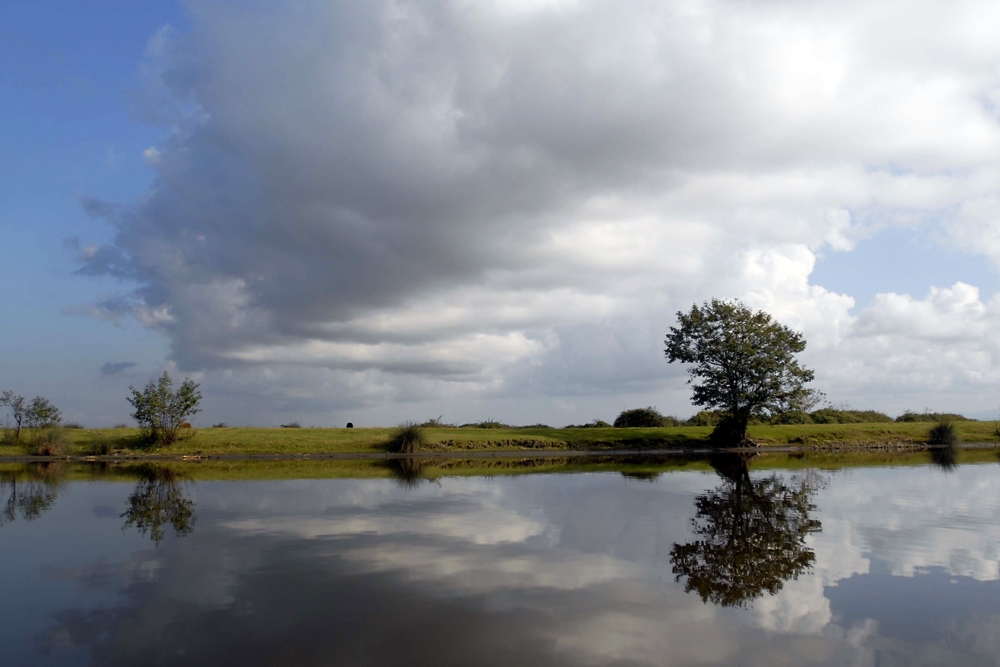 A proposed highway through Georgia’s Black Sea wetlands and the introduction of hunting in national parks are raising concerns that Tbilisi’s focus on immediate economic gain could result in the destruction of natural treasures.

The highway project, announced by President Mikheil Saakashvili in August, is part of a government push to develop a new resort area in Anaklia on the Black Sea. Saakashvili, the project’s promoter-in-chief, has predicted the Anaklia venture will become the “Sharm-el-Sheikh of the Black Sea coast.” Sharm-el-Sheikh is an Egyptian tourist playground on the Red Sea.

The president contends that the highway would allow tourists to travel to Anaklia from the regional capital of Batumi in 50 minutes, cutting the current drive-time by roughly an hour. But the shorter route would also slice through “unique” wetlands in the Kolkheti National Park, noted Irakli Macharashvili, the biodiversity program coordinator at Green Alternative, an environmental organization.

Wetlands containing various endangered species make up some 54 percent of the 28,940-hectare park, which stretches from the Black Sea coast to woodlands in western Georgia. The swamps and marshland play a pivotal role in bird migration through the Caucasus. No official information about the government’s development plans is available, but Macharashvili said that the government wants “to change part of Kolkheti’s strict protected area [in]to a so-called area of multi-purpose use.” The re-designation would pave the way for the highway to be constructed.

World Wildlife Fund Caucasus spokesperson Tamaz Gamkrelidze refrained from commenting on the highway plans, pending the release of detailed information. But Gamkrelidze cautioned that any plans to build a road through “this very important site” should be considered carefully.

“Especially if you consider how sensitive the bird populations are, I think one must be cautious,” Gamkrelidze said. Any infrastructure project “needs to be developed cleverly,” he added.

The Ministry of Environment did not respond to questions from EurasiaNet.org about the project or its impact on the wetlands, but a proposal to amend the park zoning status to allow for construction was submitted to parliament in September.

The road is just the latest in a flurry of developments that environmentalists fear will cause irreversible damage to Georgia’s forests, national parks and wildlife.

Draft amendments to several laws that affect wildlife preservation and hunting are currently being debated in parliamentary committees. The measures would allow hunting in protected areas and permit the Ministry of Environment to decide on endangered species slated “for removal.” An agency under the Ministry of Energy and Natural Resources would choose the method for their “removal.”

MPs, citing ongoing deliberations, declined to discuss the specifics of the amendments, which have been attributed to the governing United National Movement Party (NMP). One MP for the NMP, former environment minister Zaali Gamtsemlidze, told EurasiaNet.org that a chance exists that the draft amendments will not make it to the floor for a vote by the full legislature.

If the amendments are adopted as currently written, brown bears and red deer would be just two of over 100 species that would find their survival threatened, according to the WWF’s Gamkrelidze. He asserted that the hunting proposal was “totally unacceptable” and “economically nonviable.”

“Unfortunately there are so few animals [in Georgia’s protected areas], whatever increase in hunting would definitely affect their natural eco-systems,” he said.

The Paris-based Caucasus Nature Fund, a conservation trust, calls the Caucasus sub-species of red deer “one of the most endangered species” in the region. According to some estimates, there are only 250 red deer in Georgia.

The highway and hunting projects come just eight months after parliament voted to gut the Environmental Ministry, turning over control of forest licensing and other natural resources to the Energy Ministry, a more politically powerful government agency.

The Ministry of Energy and Renewable Resources currently is developing – in English – a new forest code that reportedly will liberalize licensing procedures, enabling license holders to mine any mineral deposits discovered while logging.

While the ministry maintains that reduced regulation will help encourage investment, environmentalists argue that the potential changes prioritize limited financial gains over a national treasure – the forests that cover almost 40 percent of Georgia. “When you are giving the forest for leasing, you must have strict rules for the leaseholder [about] how he should look after the forest, what he is allowed to do and what he is not,” the WWF’s Gamkrelidze said.

Energy and Natural Resources Minister Aleksandre Khetaguri was not available for comment in time for publication.

Georgian natural resources need to be seen as an inviolable part of the country’s identity, and valued as much as foreign investment, said Green Alternative’s Macharashvili. “National parks and nature [are] not only for tourists and [are] not only for moneymaking,” he said. “We want to show that we are not only for foreigners, but for ourselves.”