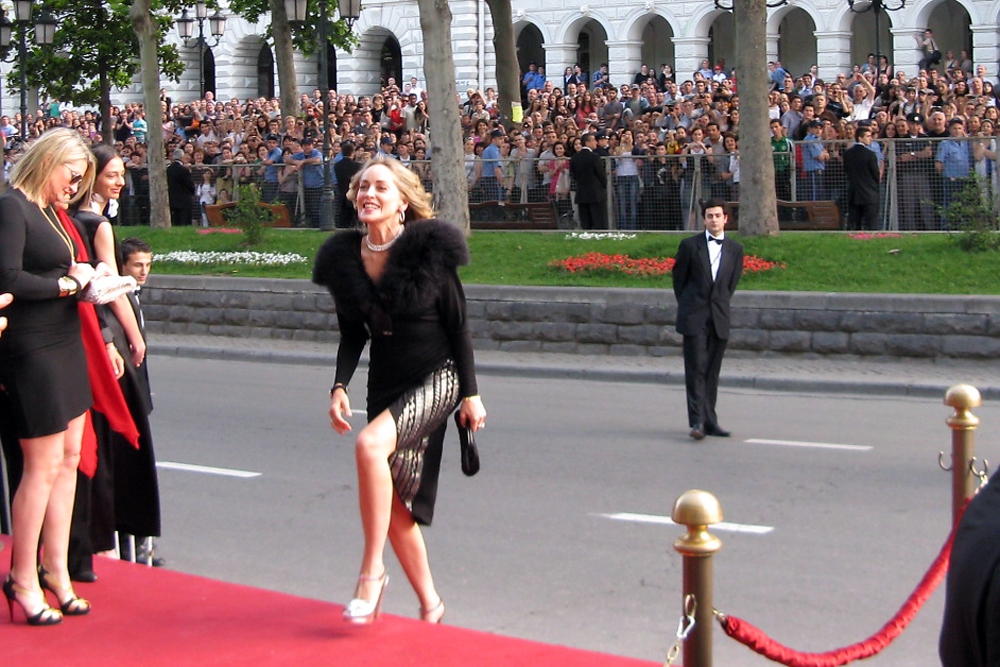 Hollywood’s treatment of the Russia-Georgia war in 2008 is about to hit movie theaters in the United States. The Georgian-funded action flick, titled Five Days of August, seems to blur the line between entertainment and propaganda.

The film, scheduled to open June 19 in the United States, clearly aspires to be a summer blockbuster. Having a budget of $12 million, the film was directed by Renny Harlin, who has a couple of big-grossing credits to his name, namely Die Hard 2 (1990) and Cliffhanger (1993). Five Days of August also has some star power, with Andy Garcia playing Georgian President Mikheil Saakashvili. Rupert Friend acts as the movie’s protagonist in the role of an American journalist, with Val Kilmer appearing as a Dutch reporter.

The movie itself is standard action-thriller fare, with a cliché-ridden script, beautifully framed scene shots and lots of explosions. The plot is built around the travails of Friend’s character amid the chaos of invasion by Russian forces and irregular mercenaries. Of course, the American journalist picks up a Georgian love interest along the way, played by Emmanuelle Chriqui, in an effort to keep the tension high.

It’s the story behind the storyline, however, that has gotten the attention of Georgian cultural critics and political experts. The film’s portrayal of invading Russian forces is evocative of the unabashed anti-Kremlin tone adopted in the 1988 film Rambo III, in which Sylvester Stallone’s iconic character goes up against the Red Army in Afghanistan during its 1979-89 occupation – and wins. Five Days of August clearly takes sides and sends a not-so-subtle message about the evils of Russian expansionism.

It also conveys criticism about Washington’s mild response to the outbreak of hostilities, suggesting that the United States did not do as much as it could have to blunt the Russian invasion. Ultimately, it is clear that the Saakashvili administration and its supporters hope that the film will help them score points in the arena of international public opinion, generating sympathy for the thousands of internally displaced Georgians (IDPs) from 2008 who are still waiting to return to their homes.

On both the artistic and political levels, local critics are questioning whether the movie has what it takes to be successful. Davit Bukhrikidze, an art critic with Liberali magazine, said the movie begs questions about the ethical dimensions of the attempt to “improve the country’s international image and pursue national interests by exploiting someone’s tragedy.”

Other critics wonder whether the film can be a commercial success outside of Georgia. “Even for an action movie, the story line is too basic and not well-defined,” said art critic Gogi Gvakharia. “The characters are lackluster, and Andy Garcia [as President Saakashvili] was a caricature.”

The Saakashvili administration went all out for the movie’s Tbilisi opening on June 6, hoping to generate good buzz. Hollywood jet-setters, most notably Sharon Stone, showed up in Tbilisi to give the red carpet festivities an extra helping of glam. Although not in the movie itself, Stone seemed to capture the bulk of attention surrounding the event – both from the real President Saakashvili and from Georgian media outlets. TV cameras, for example, followed Saakashvili and Stone as the president gave the actress a tour of his cliff-top presidential palace. Georgian television also provided extensive coverage of Harlin’s arrival. “It is fantastic to be in Tbilisi, my other home country,” the director said during a Tbilisi news conference.

Saakashvili’s administration made tanks and helicopters available for use during action scenes, and granted permission for Georgian troops to be used as extras. The movie’s primary financial backer is an anonymous Georgian company.

The film seemed to be a mixed bag for those attending the opening. Some rolled eyes at what they described as the Georgian government’s penchant for turning anything, including a war, into a showbiz event, while others complained about the simplistic, good-Georgians-bad-Russians portrayal.

A few Georgians during the screening smiled and buried heads in their hands in embarrassment at the cornball and embellished depictions of Georgia as translated through Hollywood’s lens. The movie is embroidered with ethno-cultural interludes with some national costumes, dancing and singing.

Graphic scenes of the ethnic cleansing of Georgian villages by the Russians troops and South Ossetian militias quickly wiped smiles off of faces in the audience. For many, the emotional scars left by the conflict proved all too fresh. After the closing scenes, which featured an array of real IDPs holding the pictures of children, fathers and grandmothers killed in the conflict, some attendees left the theatre in a dour mood. “This may be an unsophisticated action thriller, but it did make me relive the horror of those days,” Maia Edilashvili, newspaper editor in Tbilisi, said about the 2008 conflict.