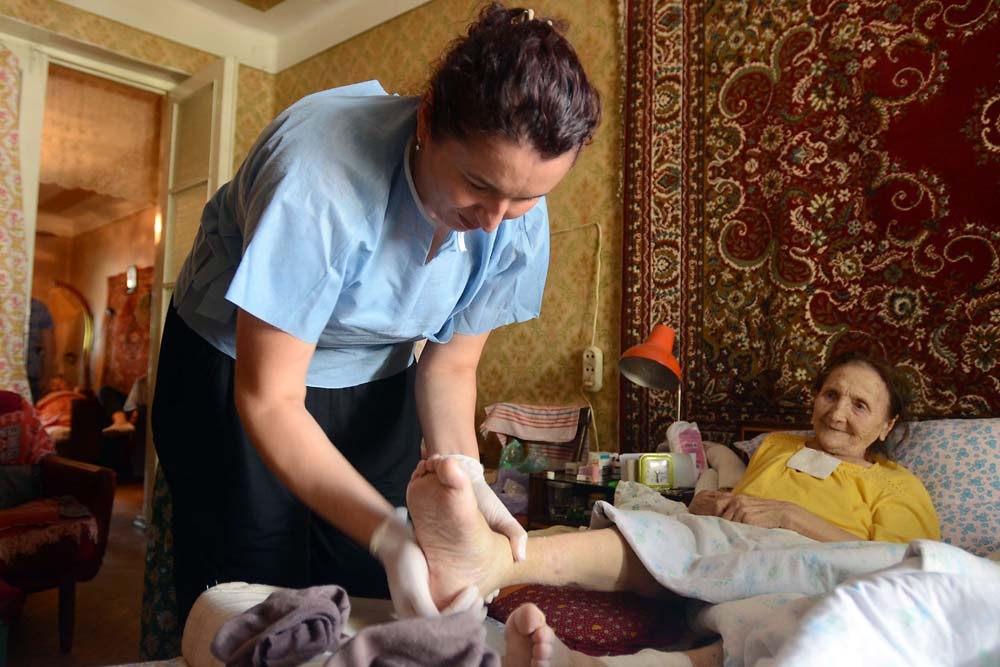 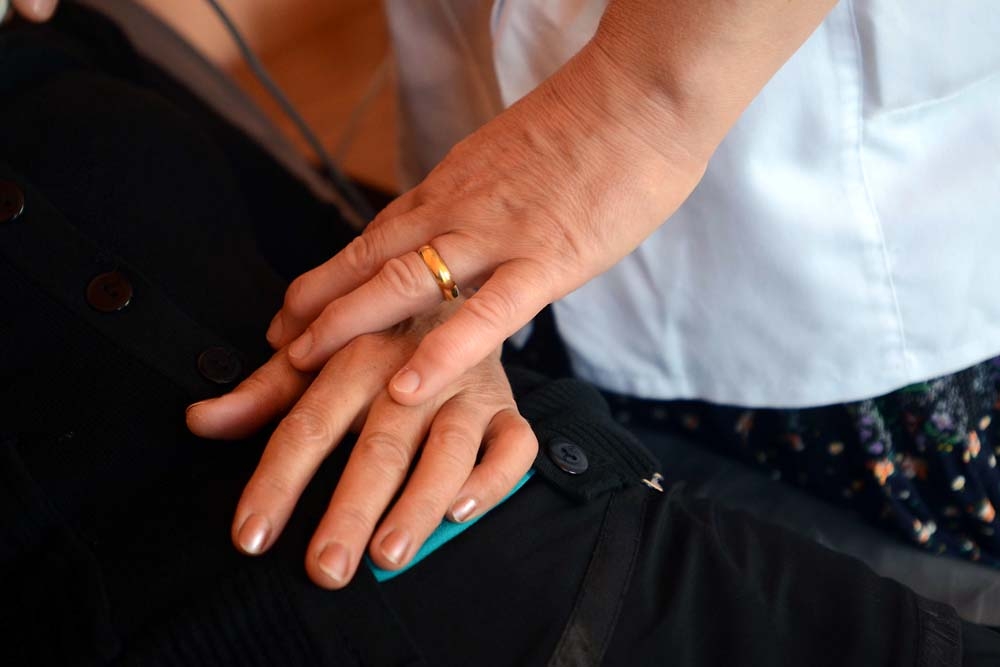 Curatio Georgia, the Catholic humanitarian agency, has been training nurses and doctors for the past 20 years. 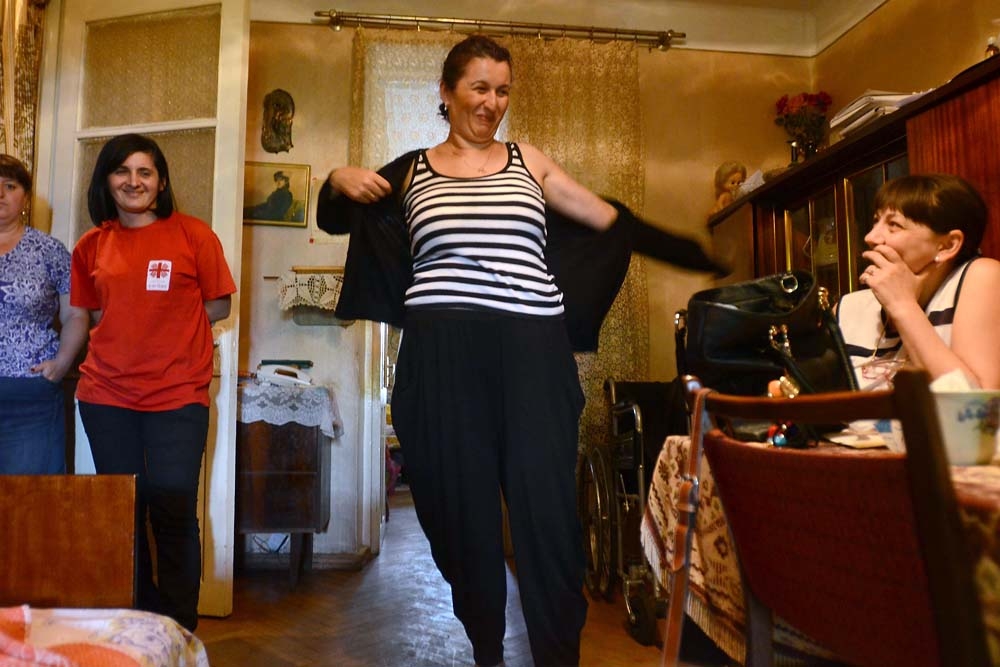 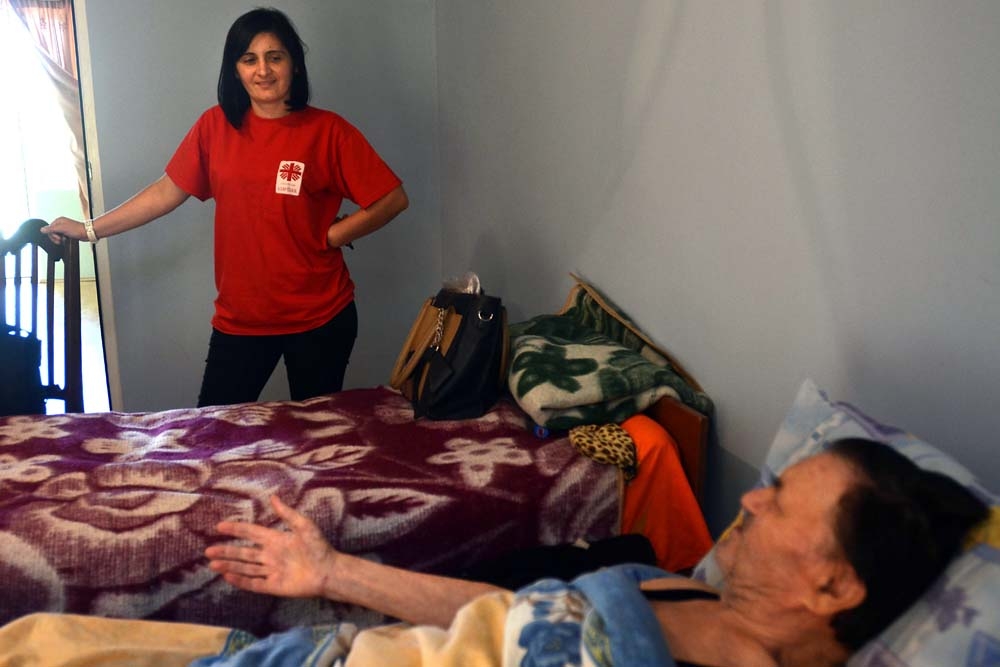 Dato, a 72-year-old war veteran from Tskhinvali, is visited by Caritas nurses at his government-provided home near Gori. 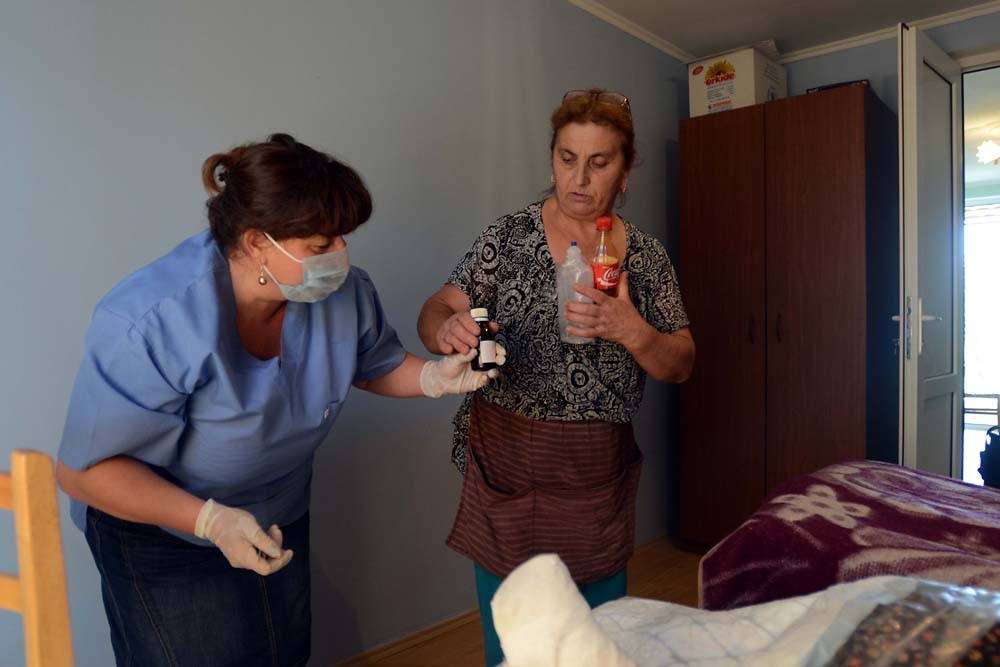 Caritas nurse Marine Tvalashvili brings medication for Dato that would otherwise be too expensive for the family to purchase. 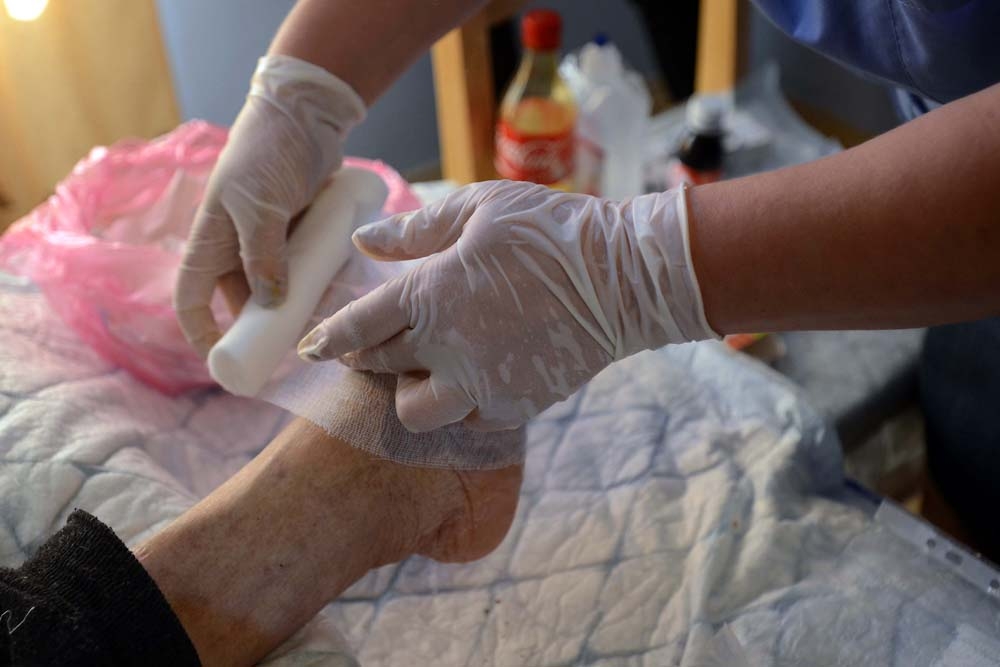 Nurse Tvalashvili bandages the amputated feet of Dato, who was wounded during the 2008 conflict with Russia. 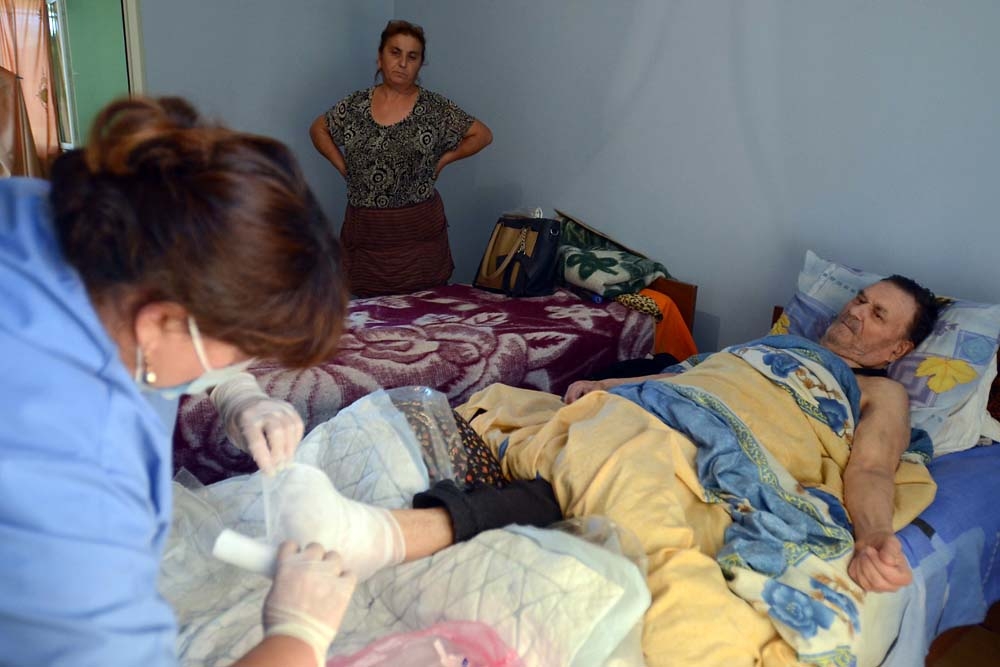 Caritas is working with the Georgian government to include home care in the medical education curriculum. 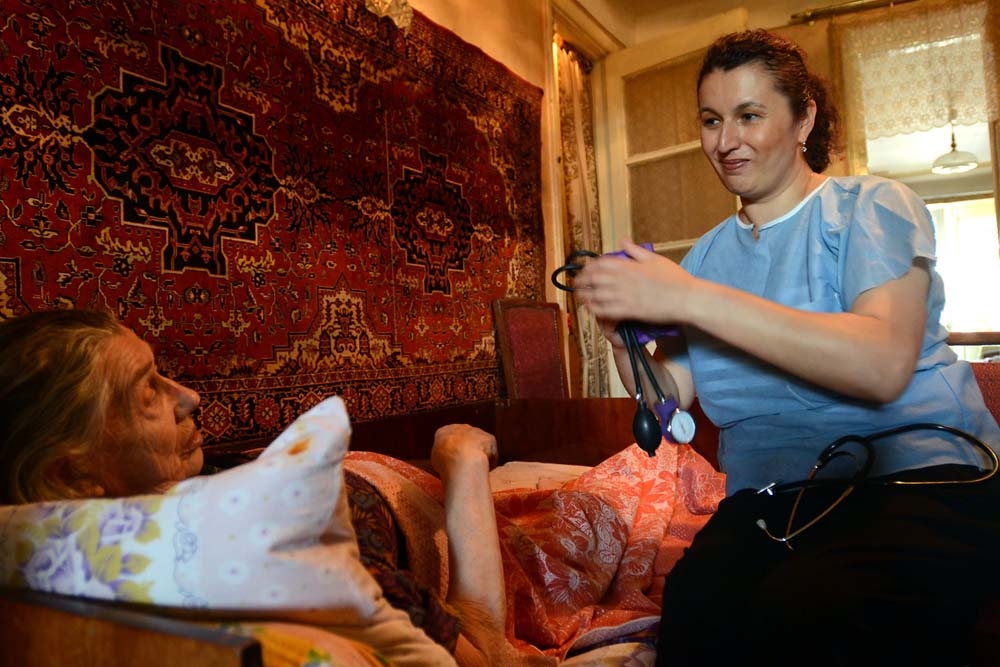 Nurse Khaberlashvili measures the blood pressure of 81-year-old Nina Kotoashvili in her home. 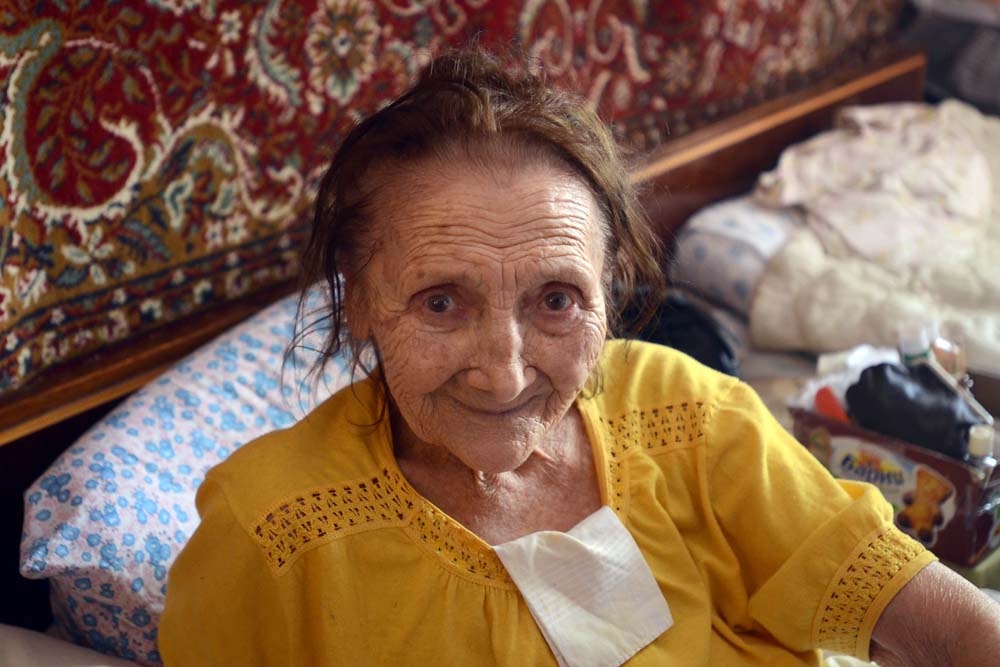 Nina Kotoashvili and her cousin, 92-year-old Raisa Ivanova, rely on Caritas to provide healthcare directly in their shared home. 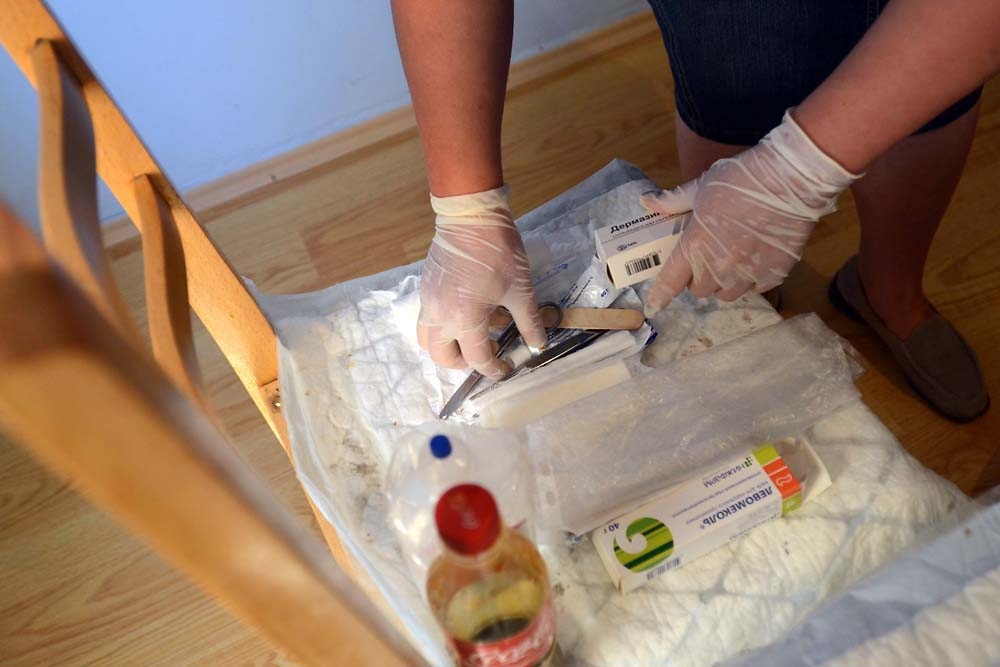 Caritas Georgia is financed by international branches of Caritas in Germany, France, Italy, and other countries. 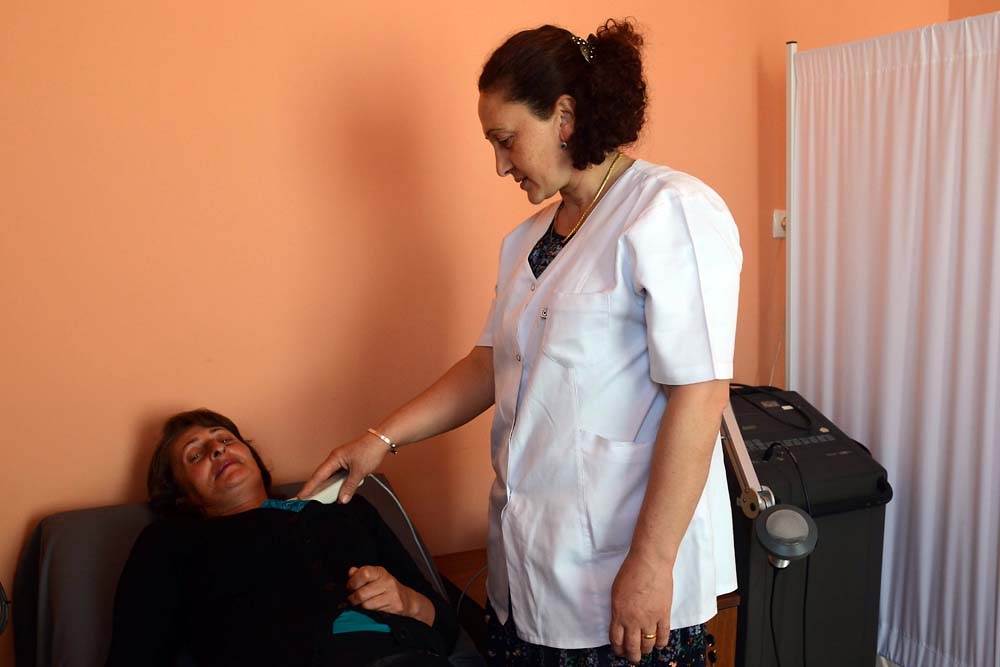 Olga Tuaeva, who lives in a settlement for families displaced by the 2008 war, seeks treatment at a Caritas clinic in Gori.
prev
next

Georgia’s healthcare system faces multiple problems: limited training for doctors, poor access to hospitals in the regions, expensive medicine. But some health professionals believe the biggest issue boils down to simple arithmetic – there are too many doctors and not enough nurses.

Dr. Giorgi Gotsadze, a specialist in public health who works for the Curatio International Foundation, a Georgian think-tank, noted that Georgia has far fewer nurses than doctors compared with some European countries – according to 2006 government data, 380 nurses versus 410 doctors per 100,000 people. That compares with a rate of 894 nurses and 355 doctors per 100,000 people in the European Union, Gotsadze said, citing Foundation research.

Efforts, though, have been taken to improve the situation – a research center created in 2009 with assistance from the US-based Emory University and American consultants, had provided training for over 1,100 nurses as of 2012.

Other international organizations have also stepped in to help. The Georgia branch of Caritas Internationalis, the Catholic humanitarian agency, has worked with German specialists to develop a textbook for at-home nursing – special skills to bring medical care to the elderly and those who physically cannot go to the hospital for treatment.

The Caritas Georgia project operates a handful of clinics in both Tbilisi and regional population hubs, as well as in more remote, rural corners of western and southwestern Georgia.

But whether it will remain enough is unclear. Although Georgia’s population is not growing quickly – at 10.72 births per 1,000 people, slower than Norway – the gap between nurses and doctors remains broad.

“[A]ny discussions about improving [healthcare] quality is [sic] absolutely irrelevant unless this country addresses the need for nurses,” Gotsadze argued.