Similar systems have been used around the world to encourage vaccinations. But under Georgia’s, you may be better off not being vaccinated at all. 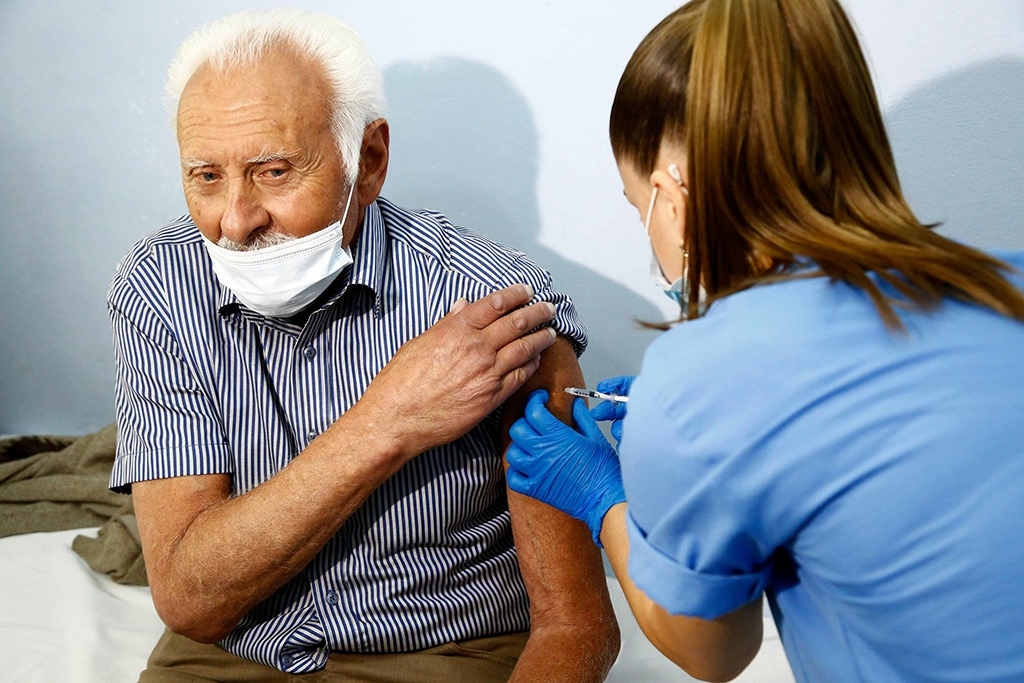 Getting ready for a night out. (photo: Georgian Ministry of Health)

Starting December 1, Georgians will need to present a type of COVID passport in order to be allowed into most indoor public spaces. The scheme was introduced by the government as a means of letting the economy continue to function even as the country’s numbers of COVID infections and deaths remain some of highest in the world.

The system, called the “Green Pass,” will award “green” status to people who can prove they are vaccinated or have a recent negative test.

Also earning green status: a recovery from the disease, no matter how long ago, a quirk of the system that doesn’t meet international norms and has been the source of controversy around the new system.

The country’s Ministry of Health has developed a Green Pass app that users can download on their smartphone and keeps track of registered vaccinations, PCR tests, and recoveries from the disease. Georgians who don’t have a smartphone can print out a certificate.

As of December 1, visitors to facilities including hotels, restaurants, cafes, bars, cinemas, theaters, concert halls, casinos and gyms should present their “green” status to get in. On the same day, the government will remove restrictions that hitherto allowed them to stay open only until 11 pm.

Employees of those facilities, however, don’t have to show anything – another factor that has caused some consternation about the new system.

The app also will ease Georgians’ travel abroad, as visitors to 49 countries – mostly European Union members – can show the QR code they get from the app to pass through border formalities in those states.

But the international standard is for immunity from a recovery lasts only for six months, and if someone shows a Georgian code that indicates a recovery more than six months earlier, it won’t be valid in those countries.

Government officials have offered differing opinions on the fact that the Georgian “Green Pass” system differs from its foreign counterparts.

"There was an opinion that there should be a six-month restriction, but my recommendation was to remove this restriction and the Coordination Council shared my proposal,” Prime Minister Irakli Gharibashvili said at a November 8 government session, referring to an intergovernmental body that manages the state’s response to the pandemic. He didn’t explain his reasoning. “Therefore, a person who has been infected with the coronavirus [at any time] will have green status.”

Recovering from COVID doesn’t provide permanent immunity, argued the deputy head of Georgia’s National Center for Disease Control, Paata Imnadze, and so he did not support the decision to not impose a time limit, he told journalists at a November 25 press conference.

As a result of the discrepancy, officials have said they are considering a dual-passport system: one for internal and one for external use.

“In general, there is no other country in the world like Georgia and we are special in everything and that is why we are also special with two Green Passports,” Health Minister Ekaterine Tikaradze told reporters on November 25, adding: “All this probably stems from our genetics and our character.”

It was not clear whether Tikaradze was serious, but the joking tone fell flat in a country where an average of 60 people are dying from COVID every day and only 27 percent of the population is fully vaccinated.

While the COVID passport system is intended to encourage vaccinations, allowing open-ended “green” status for recoveries is counterproductive, said Bidzina Kulumbegov, a member of the Immunization Board, a body headed by the health minister and which also includes medical experts who advise on COVID matters.

“We are telling those who have been infected with COVID that they will never need to be vaccinated,” he told the newspaper Netgazeti.

The businesses who will have to enforce the new regulation have reacted variously.

Establishments also should be required to show a sort of “green” status, which would allow them to safely hold big events, which for now remain restricted even under the new rules.

“It is paradoxical that the guest is obliged to meet the criteria, while the host is not,” Shota Burjanadze, founder of the trade group Restaurant Association, told Eurasianet. “Establishments should have benefits. A restaurant that is marked ‘green’ should get the opportunity to host weddings, [and other] big events, which is not allowed now.”

Other businesses have vowed to buck the rules.

“Those who are afraid of COVID, do not visit us,” Levan Bakhia, the proprietor of several Tbilisi tourist attractions, wrote on Facebook, saying that the institutions will not enforce the new rules.