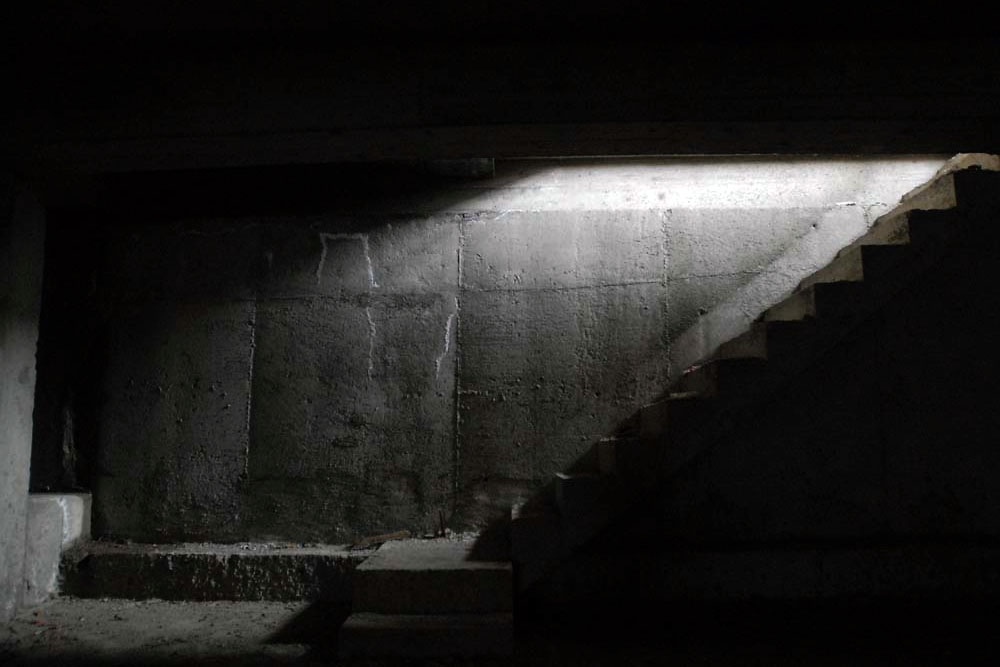 Eye-witness accounts place the tunnels at various strategic locations, including a route under the parliament to the former headquarters of the KGB.

A legend about a system of secret Soviet-era tunnels in downtown Tbilisi, reportedly connected with former Stalin-era secret police chief Lavrenty Beria, helps illustrate Georgia’s reluctance to come to terms with its Stalinist past.

Popular reports claim that Beria, who was the Communist Party kingpin in the Caucasus during the early 1930s, built an underground labyrinth of tunnels stretching several city blocks between his residence (now, somewhat ironically, the Office of the Public Defender), the headquarters of the Communist Party of Georgia (now Georgia's parliament building), and the former Soviet Georgian secret police headquarters (now part of the Ministry of Internal Affairs).

Although state and former secret police archives contain no mention of the tunnels, and historians can only speculate about their purpose, the story persists. Of the three reported tunnels, EurasiaNet.org managed to find and access only the tunnel at the Office of the Public Defender, Beria's former home in Tbilisi's Sololaki neighborhood.

The tunnel itself, dug about eight to 10 feet under a garden courtyard and reached via stairs, is unassuming -- more like a cement underground walkway than a secret passage. Soviet-era floor-tiles can be seen through the dirt underfoot. A one-minute walk takes visitors up under the lower floor of a nearby building under construction.

But a tiny off-shoot from the tunnels main artery, dark and damp after decades of disuse, paints a different picture. A thick round door opens into a corridor lined with heavy metal bars studded with knobs. Halfway through the passage is evidence of a second door, now rusted and broken. The passage, about 19 feet long, abruptly ends at a cement wall.

While Tbilisi historians and preservationists know little about the tunnel, scholars researching the Soviet Union have documented similar tunnels in Russia.

Beria, who moved to Moscow in 1938 to serve as the deputy head of the NKVD, the state security apparatus, was involved in a project to build a secret tunnel network in the Russian city of Saratov in the 1930s, stated Hiroaki Kuromiya, a professor of history at Indiana University- Bloomington and the author of several books about the Soviet Union. Kuromiya believes that security concerns among members of the Soviet elite motivated the Saratov project.

Kuromiya, who has not researched the Tbilisi tunnels, believes that security concerns might also have prompted Beria to construct the tunnel at his residence. "It is totally credible that he [Beria] built tunnels for safety (or perhaps for his secret private activity) in his residence," Kuromiya wrote in an email interview with EurasiaNet.

Allegations abound that Beria was personally involved in executions, rapes and other forms of torture throughout his career. "Stalin took work home. Soviet leaders like him had no real home, however: there was little distinction between private life and public life," Kuromiya continued. "Beria was the same."

Georgian Ministry of Internal Affairs Col. Omar Tushurashvili, the head of the ministry's archival administration, told EurasiaNet he had never come across any mention of the Beria residence's tunnel in the KGB archives. Over half of those archives, however, were destroyed during Georgia's 1991-1992 civil war, he said.

Nor does any notation of Beria's tunnel exist on any city blueprint or even on top-secret, large-scale Soviet-era city maps, stated Dato Givishvili, a preservationist who worked for the Tbilisi preservation commission under Soviet rule.

Givishvili said that he stumbled across the tunnel at Beria's former residence when working on water drainage system projects. If the tunnel continues to parliament, the former Communist Party headquarters several blocks to the east, it would have to cross a large tunnel used to carry excess water from underground streams to the Mtkvari River, he said. Eight such water tunnels -- mostly Tsarist-era conduits crisscross Tbilisi's historic neighborhoods.

Eyewitness accounts of a tunnel leading from Tbilisi's Institute of Marxism-Leninism, a construction project overseen by Beria in the mid-1930s, to the Mtkvari River add to the confusion about the reported existence of a Beria tunnel network. Construction workers who are now demolishing the Institute, and archivists who once worked in the building, state that a tunnel can be reached from a fountain in the building's interior courtyard. [For details, see the Eurasia Insight archive.]

Other tunnels, with less sinister alleged associations, also exist in the city, including a tunnel in the hillside Botanical Gardens that was built in tsarist times as a shorter route for horse-drawn buggies. During the Soviet era, the tunnel was used as a secret laboratory, said preservationist Givishvili. After the collapse of the Soviet Union, it briefly served as a night club.

The existence of tunnels under parliament and the old Ministry of Internal Affairs building could not be confirmed. Popular reports claim that the late President Zviad Gamsakhurdia used the parliament tunnel to escape from armed opponents in 1992.

Some historians, such as Lasha Bakradze, believe that the lack of knowledge about the tunnels shows that Georgian scholars are missing an opportunity to understand their own history from the Stalinist period.

"We are [speaking out] against communism, against Stalinism, but in reality we are doing nothing to research the reality of this time. ... It is very bad, Bakradze said.

The fact that some Georgians -- like Beria, born in Abkhazia in 1899 -- were key implementers of the Stalinist purges and terror makes it all the more difficult for today's generation of Georgians to face, he added.

"[Georgia's role in the Soviet Union] is a very bad story and many people do not want [to know]. Our parents are involved," Bakradze said. "But if we want the real story of 20th century Georgia, we have to see that Georgians were not only oppressed. Many, many Georgians were also the hangmen of Georgia. And they don't like to talk about hangmen in Georgia."