Georgia: Is Tehran Trying to Use Tbilisi to Evade Sanctions? 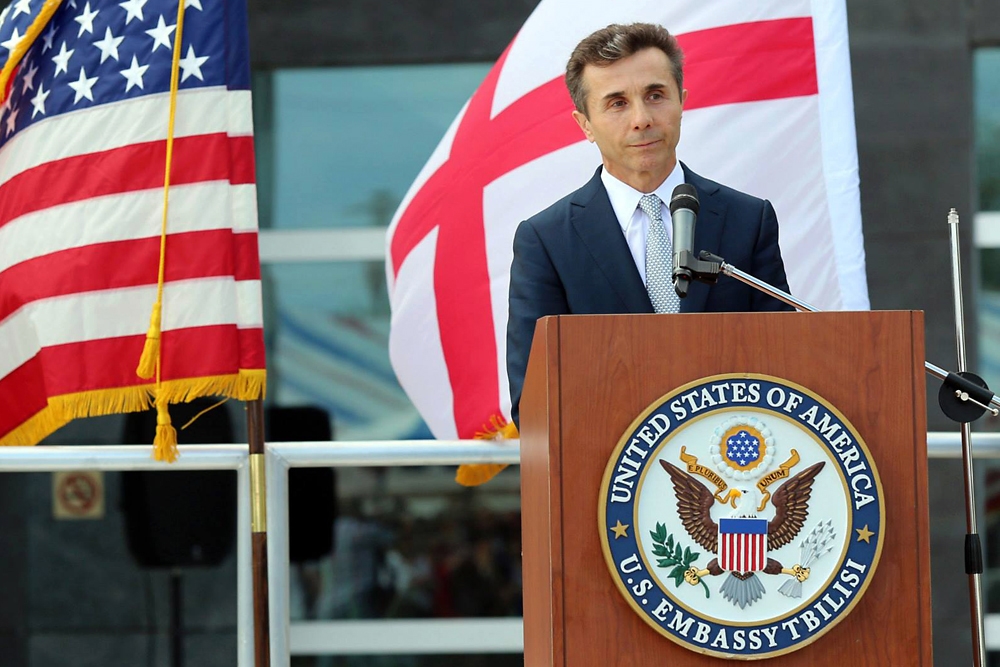 Ivanishvili aims to make things right for the U.S. in its dealings with Iran. (Photo: Georgian Prime Minister Press Service)

Georgia is strengthening its business contacts with Iranian entities. That, in turn, is causing US officials to look askance, fearful that Tehran is trying to use Tbilisi to evade international economic sanctions.

Georgian efforts to finesse relations with Iran pre-date the rise of Prime Minister Bidzina Ivanishvili’s government, which came to power last fall following a surprise parliamentary election win. Despite increased US pressure on Ivanishvili’s government to curtail Georgia’s commercial ties with Iran, it appears that Iranian companies blacklisted under US sanctions are still trying to do deals in Tbilisi. What’s uncertain in all of this is the extent to which Georgia benefits from its Iranian connections: while closer ties with Iran have bolstered imports and encouraged some investment, Iran’s overall impact on the Georgian economy is minimal.

Iranian trade and tourism levels in Georgia have increased exponentially since late 2010 when Tbilisi scrapped visa requirements for Iranian citizens visiting up to 45 days. Imports have skyrocketed by more than 1,590 percent to $99.4 million, while the number of Iranian tourists in Georgia has risen by 318.38 percent to 89,170 annually. From 2010-2012, the number of Iranian businesses registered in Georgia soared from just 84 to 1,489. Official statistics for 2013 indicate the trend is continuing: 517 Iranian businesses were registered in Georgia over the first five months of the year.

Mahmoud Davari, the Iranian co-founder of the Iran and Georgia Business Development Center, noted that Iranians see Georgia, touted for its business-friendly reputation, as a comparatively “much safer place” to invest than other countries.

The flood of Iranian businesses into Georgia is raising suspicion elsewhere. For example, The Wall Street Journal reported in June that that boom has fed US-government concerns that Tehran is using Georgia, a country with which Iran has long historical ties, to circumvent Washington’s strict sanctions on Iran’s banking, military, and energy sectors.

Aiming to ease US concerns, Ivanishvili has taken steps over the last several weeks to distance his government from Iran, including unilaterally ending Georgia’s visa-free regime with Tehran. That action marked his cabinet’s first major change in foreign policy, outside of its dealings with Moscow, since the 2012 parliamentary elections.

At his monthly press conference on July 3, the prime minister did not address Georgia’s compliance with US sanctions, imposed as part of a global effort to force Tehran to open up its nuclear program to international monitoring. “We continue our neighborly relations with Iran,” Ivanishvili stated, while emphasizing that Tbilisi follows the United Nations’ sanctions “in order not to allow any black money, or embargoed products to be delivered into Georgia.”

US sanctions, the strictest in the world, limit not only trade involving energy supplies and raw materials for weapons of mass destruction, but also ban US companies from imports, exports, or investment relations with Iran, and restrict banking and financial transactions with Iranian companies associated with the Iranian National Guard. Penalties for violating the sanctions vary.

UN sanctions are considerably less stringent, and focus on Iran’s nuclear program, as well as weapons of mass destruction. Over the past several years, the European Union has adopted increasingly strict sanctions, aligned with the US measures.

Officials from Ivanishvili’s office told EurasiaNet.org that no government body was involved in organizing the Tbilisi business forum. Local media reported that no government officials attended the forum, despite being invited. Two members of parliament -- Gogi Topadze and Zurab Tkemaladze, both from the Georgian Dream coalition -- did take part, however.

Ivanishvili’s office did not respond to questions about the four blacklisted companies. When asked about Georgia’s compliance with US and EU sanctions, the Ministry of Foreign Affairs stated that the government is “fully in line with UN Security Council sanctions on Iran that are binding on all UN member states.”

Political pressure to comply with US sanctions is high. The United States, which gave Tbilisi $4.24 billion in aid from 1992 through 2011, is Georgia’s biggest foreign donor, and its most powerful Western ally.

The US Embassy in Tbilisi has stressed that Washington is working closely with the Georgian government to ensure American sanctions are followed. In a statement published by the embassy after publication of The Wall Street Journal report, Ambassador Richard Norland said Washington’s concerns over Georgia’s relations with Iran have “grown in recent years.”

“The [US] Government is focused intently on shutting down any Iranian attempts to evade sanctions, including through possible business connections in Georgia, and we are working closely with the government of Georgia on this issue,” Ambassador Noland commented.

The National Bank of Georgia has stated it rebuffed attempts by Iran’s Pasargad Bank, now blacklisted, to open a branch in Georgia two years ago. Bank officials did not respond to EurasiaNet.org’s questions. But US Department of the Treasury spokesperson John Sullivan commented that the Treasury Department has “regular contact with Georgian officials over a wide range of issues of mutual concern, including Iran.”

The rapid increase of Iranian entities doing business in Georgia does not seem to be generating much of a windfall for Georgia. Iranian companies registered in Georgia account for just 3.3 percent of the total 43,907 new businesses registered in 2012. Moreover, in dollar terms, the amount of Iranian investments has fallen by more than half since visa restrictions were lifted: $1.08 million in foreign direct investment came from Iran in 2010, but just $404,700 was recorded in 2012, according to GeoStat, Georgia’s official statistics body. Trade with Iran tells a similar story. In 2012, Iran exported goods worth $99.4 million to Georgia. That figure pales against Turkey’s roughly $1.34 billion.