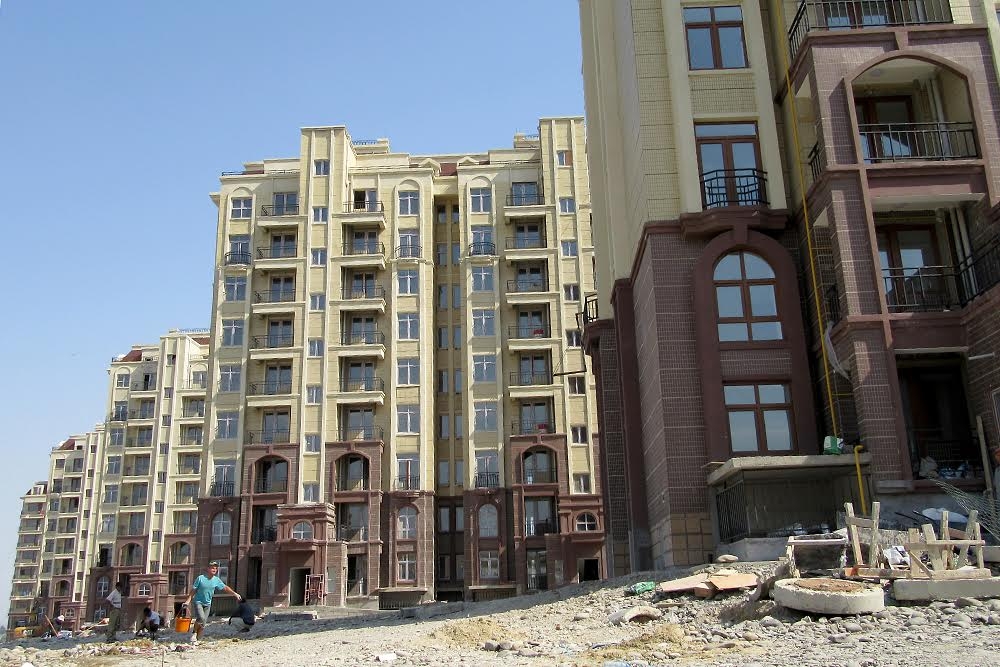 China, the world’s largest economy, has set its eyes on Georgia, a traditional gateway between Asia and Europe, and its investment power could transform the poverty-stricken South Caucasus country’s prospects, some observers believe.

Driven by Georgia’s privileged access to the European Union, and strategic location on the Black Sea, Chinese investment interests run the gamut, and look set to expand.

They could even include a free-trade agreement.

Among the 22 mid-size to large Chinese companies registered in Georgia, a private company from the northwestern Chinese city of Urumqi is providing much of the locomotive power for such deals.

Thanks in large part to Hualing’s activities, China has become Georgia’s third largest source of annual foreign direct investment ($195 million in 2014) after the Netherlands and Azerbaijan, according to the Georgian economy ministry.

Since 2007, the Hualing Group, now ranked as Georgia’s largest single investor, has poured $500 million into everything from wood harvesting to mining and high-end hospitality.

As part of a gargantuan, $181-million project on over 494 acres (200 hectares) near the Tbilisi reservoir, Hualing employs hundreds of Chinese and Georgian workers on an Olympic village of nine apartment buildings for Tbilisi’s July 26-August 1 European Youth Olympic Festival.

In 2012, Hualing bought a controlling stake in the private Georgian bank BasisBank and, according to the Chinese embassy, is negotiating to acquire another Georgian bank.

It also is developing a 1,000-acre (roughly 405-hectare), $40-million Free Industrial Zone (FIZ) in the central city of Kutaisi, Georgia’s parliamentary seat. Five manufacturing companies currently operate in the FIZ, a structure that has “been one of the engines in China’s economy for decades,” noted Hualing spokesperson Tinatin Shishinashvili.

Georgia’s 2014 free-trade agreement with the European Union explains the attractions, emphasized Liu Bo, trade and commercial attaché at the Chinese embassy in Tbilisi.

“If a Chinese company… sets up a production line in the FIZ [Free Investment Zone], it can put the label ‘produced in Georgia’ onto its goods and can export to [the] EU without customs,” Bo said. “That’s a great advantage for investors.”

Among those taking an interest is the state-run Power China, which is in a consortium that has bid a reported $5 billion to construct a deep-water harbor at the Georgian Black Sea village of Anaklia. The government will announce the winning bid this autumn.

Mamuka Gamkrelidze, a Georgian ambassador to China under ex-President Mikheil Saakashvili, sees significant advantages for both China and Georgia if the consortium gets the contract.

Anaklia could help diversify land routes for Chinese goods to Europe, most of which currently run through Russia. But it also lies within eyesight of breakaway Abkhazia, where Russian forces maintain a significant presence.

“Anaklia would develop Georgia’s pivotal strategic position,” Gamkrelidze said. “For China, coupled with the railway, it would mean accessing Europe in no time.” (On February 6, the first cargo train from Beijing arrived in Tbilisi via Kazakhstan and Azerbaijan.) “For Georgia, should a Chinese company win the tender, it would mean a further guarantee of its security.”

Moscow has not commented. But Georgia, hard-pressed by both Russian soldiers in breakaway Abkhazia and South Ossetia and a faltering, agriculture-based economy, badly wants both the security and the cash.

In an emailed statement to EurasiaNet.org, Georgia’s Ministry of Economy said that a joint working group is considering a free trade agreement with China, part of cooperation within China’s $40-billion Silk Road Economic Belt, a trade and investment program for Eurasia. The two countries signed a memorandum of understanding for the program in March.

For now, China ranks as Georgia’s fourth largest trading partner: the $823 million of trade in 2014 accounted for 7.2 percent of Georgia’s total turnover of $11.4 billion.

This September, Gharibashvili will pay a state visit to Beijing. Georgia’s economy and finance ministers made trips earlier this year as well.

Georgia already is a member of the China-led Asian Infrastructure Investment Bank and this August will host talks about a Bank president.

Yet, despite this activity, not everything is going smoothly. China is not among those countries whose citizens can stay in Georgia visa-free for a year. Difficulty with obtaining visas has hampered business development, some say.

Zurab Katchlatchishvili, executive director at the International Chamber of Commerce in Tbilisi, argues that Georgia “cannot afford to be picky” about who receives easier visa procedures. “The message must be that the country is open for business.”

Georgia, after all, is not China’s only South Caucasus suitor.

In March, Armenian President Serzh Sargsyan paid a state visit to Beijing, and the China National Nuclear Corporation is in talks with Yerevan about building a new nuclear power plant.

Both Armenia and Azerbaijan have signed on as “dialogue partners” with the China and Russia-led Shanghai Cooperation Organization, a security collective.

Georgian analysts, however, emphasize that Tbilisi’s pursuit of Beijing does not signify a foreign-policy shift.

“The interest is purely economic as both countries see opportunities in strengthening trade and investment relations,” commented analyst Kakha Gogolashvili at Tbilisi’s Georgian Foundation for Strategic and International Studies. “The Georgian government showed no signs of reorient[ing] itself from the Euro-Atlantic path.”