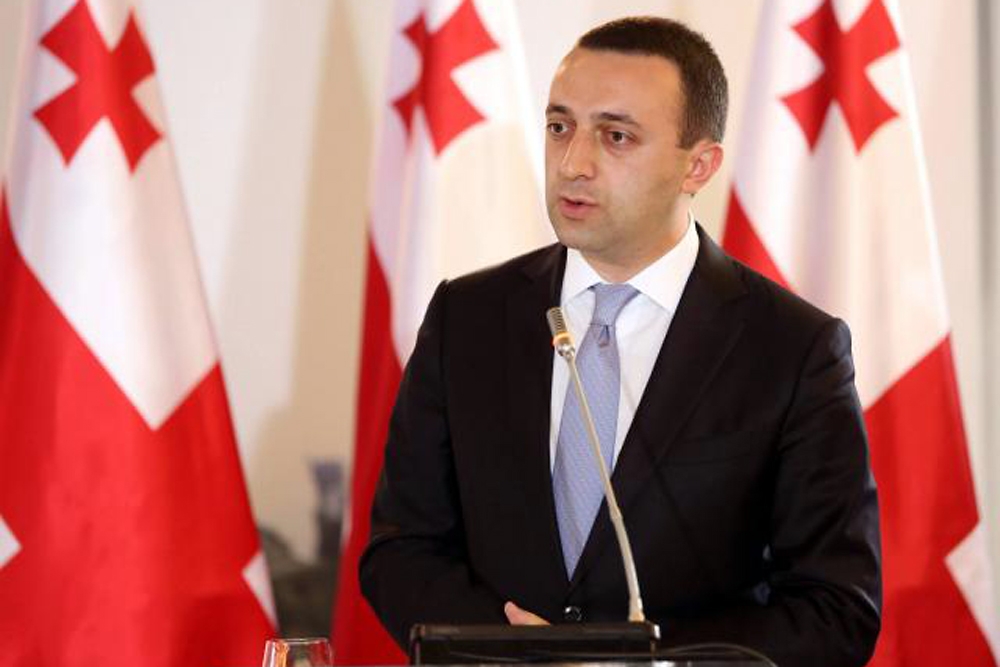 The Georgian government is promising to review recent visa and immigration restrictions on foreigners amid concerns that the reforms may curtail foreign investment and encourage expats to leave the country.

“I would like to apologize to all those foreign citizens, who faced inconveniences and problems because of the new visa policy,” Georgian Prime Minister Irakli Gharibashvili said on October 8. Since the introduction of the reforms on September 1, stories have circulated within Georgia’s vibrant expat community about often arbitrary hassles associated with visas and residency permits. Complaints include a lack of clear codification of the new rules, and inconsistent, even discriminatory enforcement.

The complaints may be open to debate, but what is clear is that Georgia has ceased being a place where foreign visitors were once welcomed at the airport with a free bottle of wine. Officials have promised to look into the situation and tweak the system: the reforms were carried out ostensibly to conform with European Union norms following Georgia’s signing of an EU association agreement this past summer.

In public comments, Georgian Justice Minister Tea Tsulukiani, seen as the driving force behind the changes, has been dismissive of expat complaints, saying they come from only a “small segment of foreigners” who have come to expect special treatment. “For some reason, [they] cannot believe that a law is a law,” Tsulukiani said. Yet, faced with an outcry, and following a discussion with her boss, Prime Minister Gharibashvili, she promised to come up with a solution for those foreign nationals who seek a long-term stay in Georgia.

The changes have been jarring for many foreigners. Tbilisi-based American Christina Pushaw immediately noticed a drastic change at the border when she returned early in September from a trip to Los Angeles. Until that point, she, like all Americans, rarely experienced problems at passport control at Tbilisi International Airport. But upon her September return, she encountered a two-hour line and, upon presenting her passport, was surprised that the border official talked to her in a suspicious and inquisitorial tone.

“They used to be all smiles, stamped my passport, let me in,” Pushaw, a freelance English teacher, said of her previous experiences. “I could stay for 360 days, and I was free to leave and come back whenever I wanted. Georgia seemed a most friendly place to Americans, to foreigners in general.”

In September, she had to provide lengthy explanations about the purpose of her stay, and was requested to present a return ticket, which Pushaw ended up purchasing via mobile internet in order to be allowed in. Though required of tourists in many places, the presentation of a return ticket is a new requirement in Georgia that, some US citizens contend, is not clearly communicated, and is not consistently enforced, like many other new regulations. The Georgian Ministry of Foreign Affairs told EurasiaNet.org that border officials have the option to request to see the return ticket.

A more drastic change waiting for Pushaw was the four-fold reduction of the 360-day visa-free stay period that Americans and Europeans had enjoyed. Now, to stay longer than 90 days, these nationals are required to travel back to their home countries and apply for new visas at Georgian consulates. This has complicated lives for mixed, Georgian-foreigner couples and many mostly freelance-based Americans and Europeans, who, in the first place, were attracted to Georgia for its regionally unprecedented ease of work and immigration regulations.

“To fly back to the States, to Australia or Nigeria, to wherever you are from makes no sense,” said Indian Harsh Sodhi, an English teacher and business development consultant with Tbilisi-based school LEAF. “Sure, you might want to keep only the right people in, but that does not mean that you have to make it as hard as possible for those people as well.”

The alternative is to apply for residence, and many expats have rushed to do so. But in recent weeks, some long-time resident foreigners in Georgia have been denied, fanning fears across the expat community.

These days, some expats compare the process of entering Georgia to rolling dice. Canadian Eugene Slonimerov recounted that he was anxious during his recent arrival at Tbilisi International Airport. An English instructor at Tbilisi State University, Slonimerov obtained a residence permit while he was in Toronto, but he arrived without having the physical permit. When he explained his situation to the official at passport control, he was sent to speak to a “mean-looking person at the very end.” When Slonimerov approached, he heard that official gruffly telling a visitor from “maybe Africa” to go back where he came from.

Alarmed that he might face similar treatment, Slonimerov noticed another, more genial-looking official available at a different passport control booth. He brought his documents and his residency permit story to her, and, after a little banter, she admitted him to Georgia.

The changes have left some embittered. A European Union national, who spoke on condition of anonymity, contends she was denied permanent residence for no good reason. A long-time Georgia resident, she was shocked to learn that her application was denied because she was deemed a threat to national security or public safety. “What am I, a spy now? A drug dealer? How come I am still here, then?” she said, pointing to the fact that her current permit remains valid, and her children go to school in Georgia. She believes that the grounds for denial were just an excuse not to grant her permanent residency, as many others, including students, academics and businessmen received the same response.

One Iraqi citizen, who also insisted on anonymity, was denied residency on exactly the same grounds, while his American girlfriend, who applied at the same time, gained temporary residency. “The United States gave me a visa, and did not consider me a threat, so what makes me a threat here?” asked the Iraqi, who may have to abandon his real estate enterprise in Tbilisi because of the ruling.

The Iraqi and some other expats are convinced that the Georgian government is specifically targeting immigrants from the Middle East and Asia, thus catering to prejudicial attitudes held by many Georgians toward people from those regions.

Meanwhile, some expats grouse that the Georgian government is giving preferential treatment to Americans. Anecdotal evidence suggests many US applicants, including the Iraqi man’s girlfriend, have obtained five-year residency permits, while EU citizens tend to get only year-long permits. There is no way to verify such a trend. Georgian officials would not make any data concerning visa and residency decisions available to EurasiaNet.org.

The government insists it is treating all applications equally. The Public Service Development Agency, which deals with immigration and naturalization, also points out that the number of issued temporary residence permits has more than quadrupled over the last year, reaching 1,321.

Some observers believe the law, and its inconsistent implementation so far, could have significant consequences for Georgia, which heavily relies on foreign investment and expertise. “Investment will not happen in the absence of investors and foreign experts,” said Eric Livny, director of the International School of Economics at Tbilisi State University. “And these will not come if the process of granting residency permits is akin to a non-transparent lottery.”

“Which investor would take a risk of committing their funds and later discovering that they, or their spouses, or their foreign personnel are not granted residency permits for national security reasons?” continued Livny. “Which foreign experts will be willing to accept job offers from Georgian businesses – thus foregoing other opportunities in the global marketplace – at the risk of not being allowed to stay?”

Citing Georgia’s long-standing desire to join the EU, officials in Tbilisi explain that they had no choice but to tighten immigration rules. In bringing Georgia closer to the EU via the association agreement, Brussels is intent on making sure Tbilisi does not become a layover point for EU-bound illegal migrants. “An organized migration process and its effective management is one of the requirements of this process [of closer integration with the European Union],” a foreign ministry representative told EurasiaNet.org.

Addendum:
In an October-13 statement to EurasiaNet.org, European Commissioner for Home Affairs Cecilia Malmström noted that, while a limit of 90 days within a 180-day period for visa-free stays in Georgia "can be considered as bringing Georgia closer to the EU standards," the EU's European Commission had not requested that change. "Similarly the Commission has not been recommending limiting access to Georgia for citizens of any specific countries.”