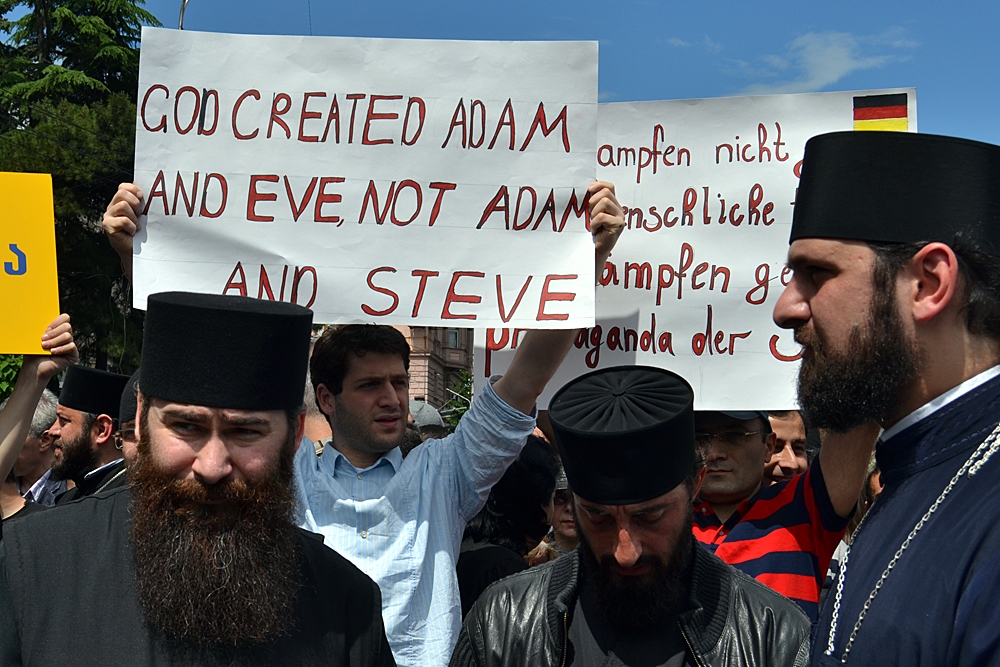 Several thousand Georgians gather in Tbilisi to demonstrate against a rally held by LGBT activists. 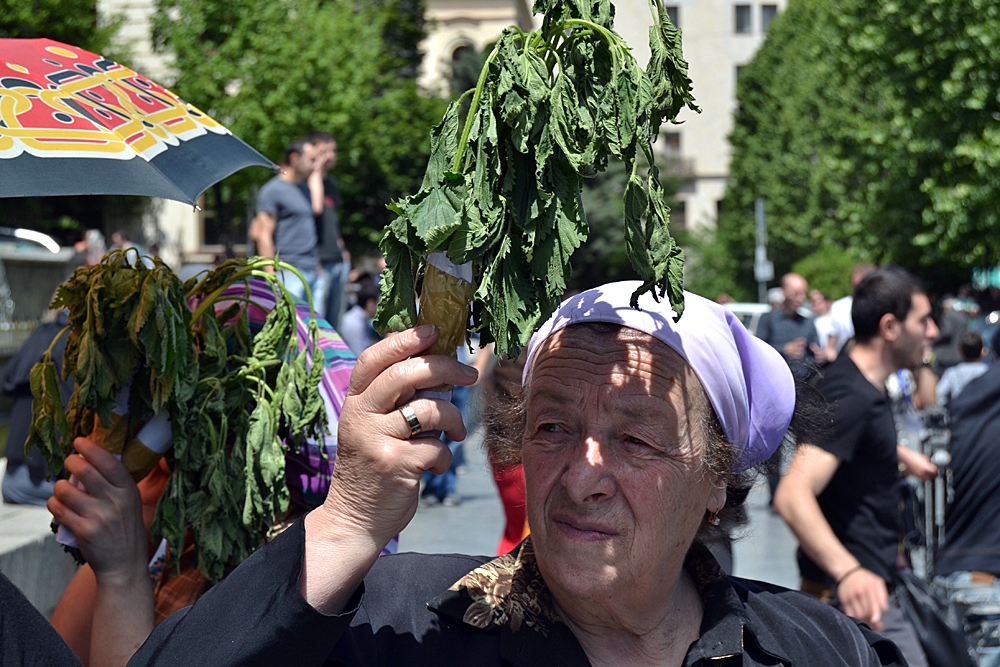 An Orthodox protester holds a strand of nettle as a symbolic whip for sexual minorities. 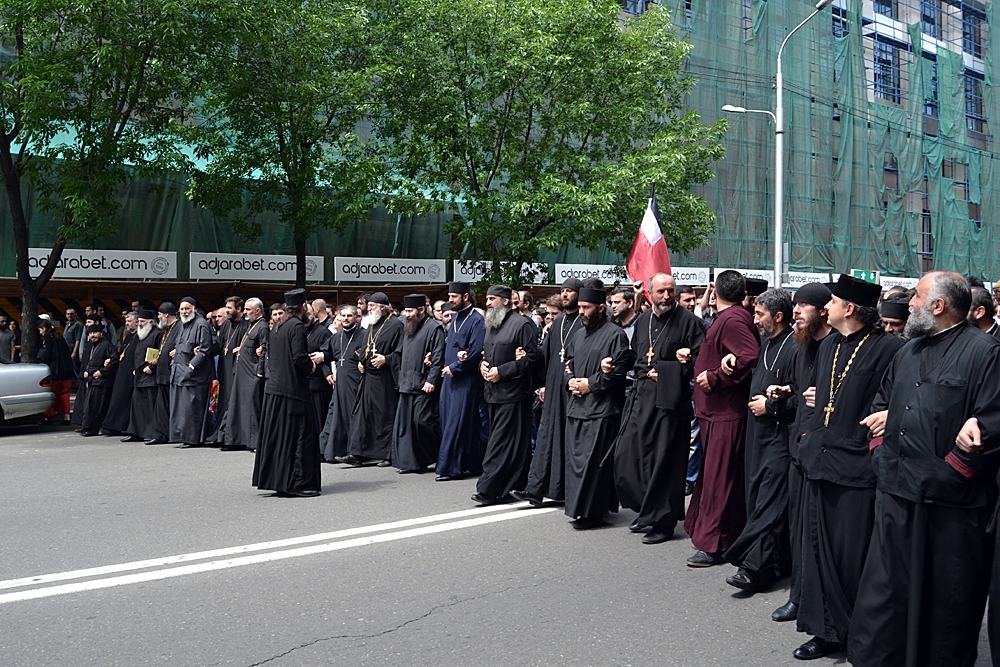 While most of the protestors were young men, several hundred Orthodox priests led the mob. 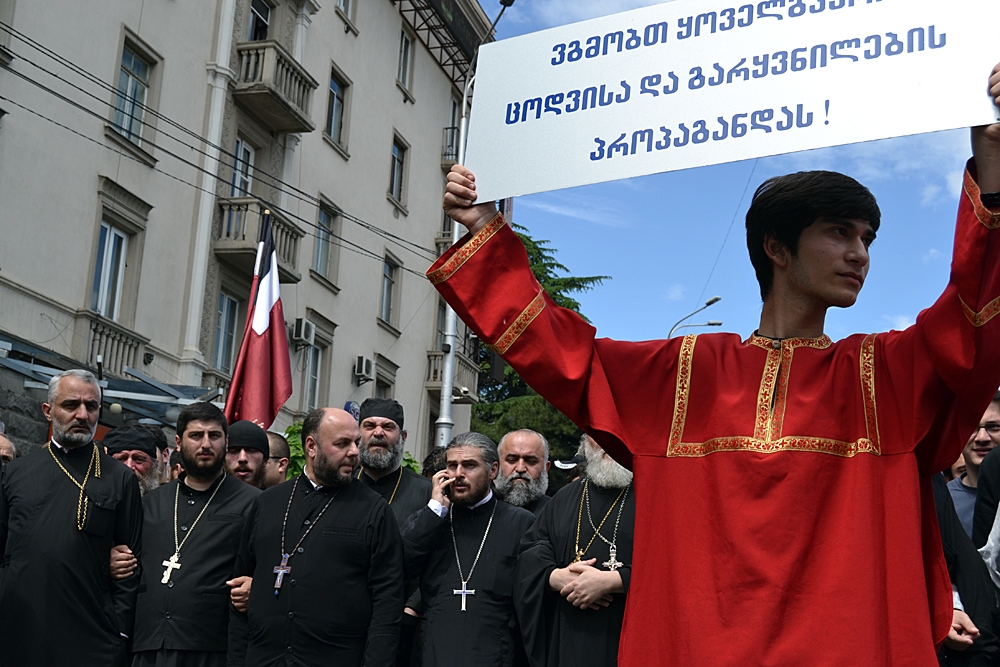 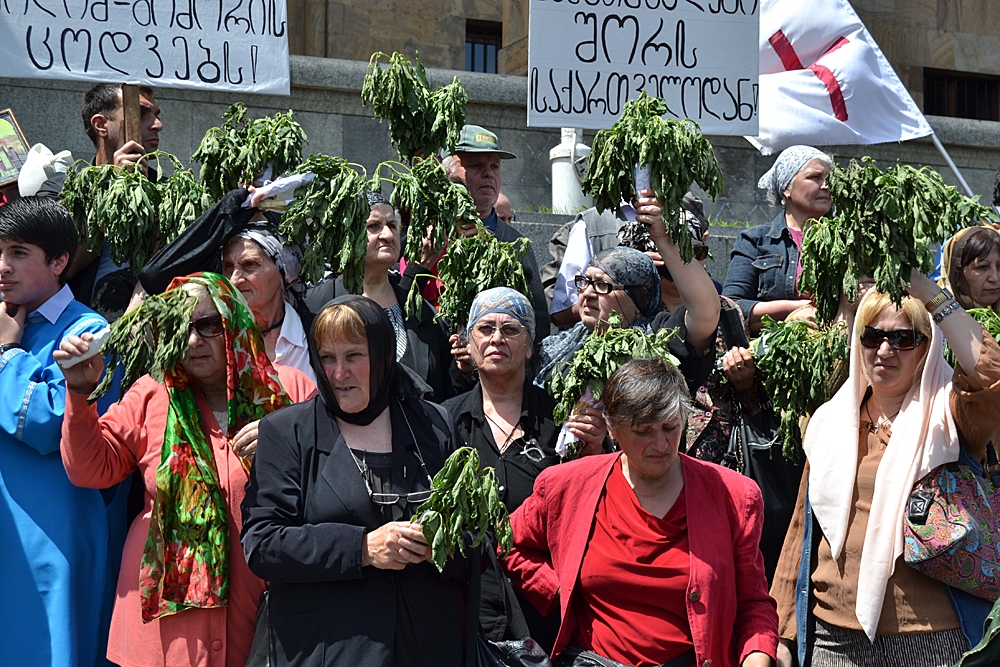 On the eve of the clash, the leader of the Georgian Orthodox Church called on the city government to stop the LGBT gathering. 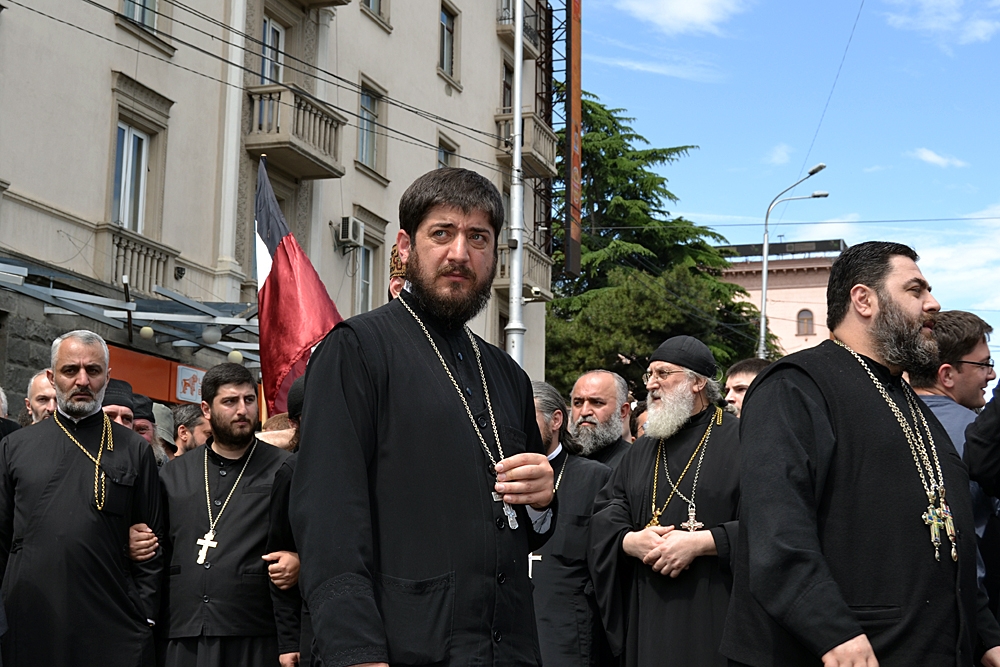 Gay-rights activists claim that the church fomented the display of violence by speaking out against the rally. 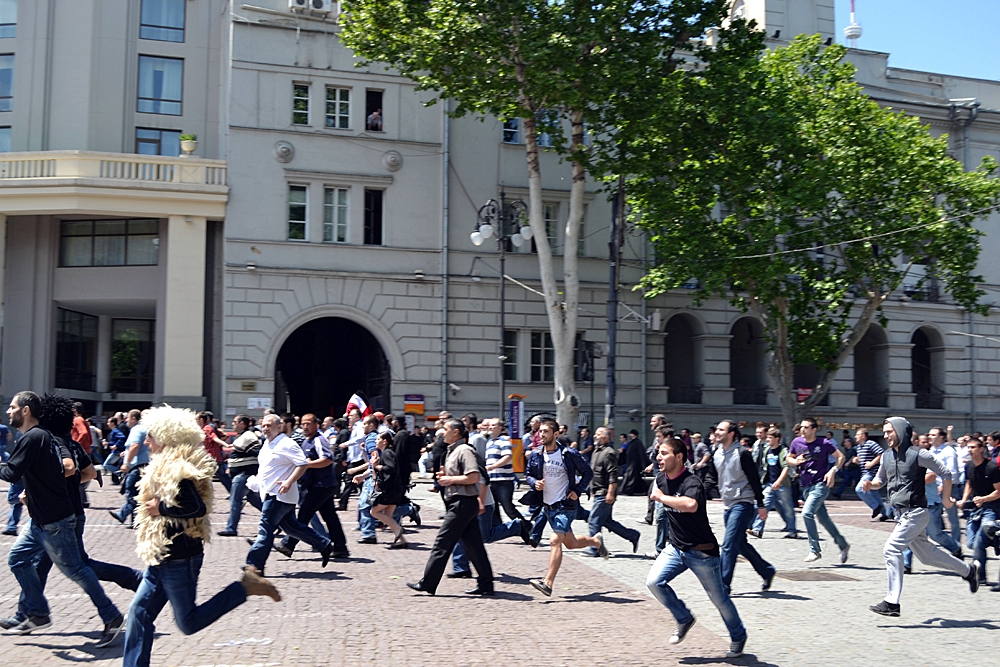 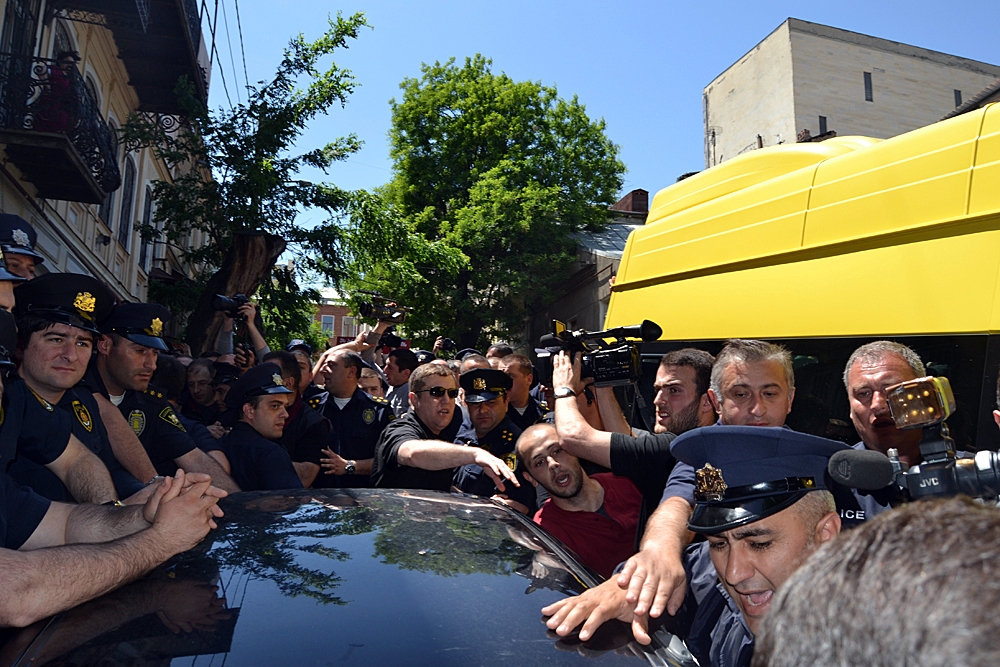 Police attempt to escort gay-rights activists from a house besieged by the protesters.
prev
next