Georgia Prepares to Bet the Farm on Europe 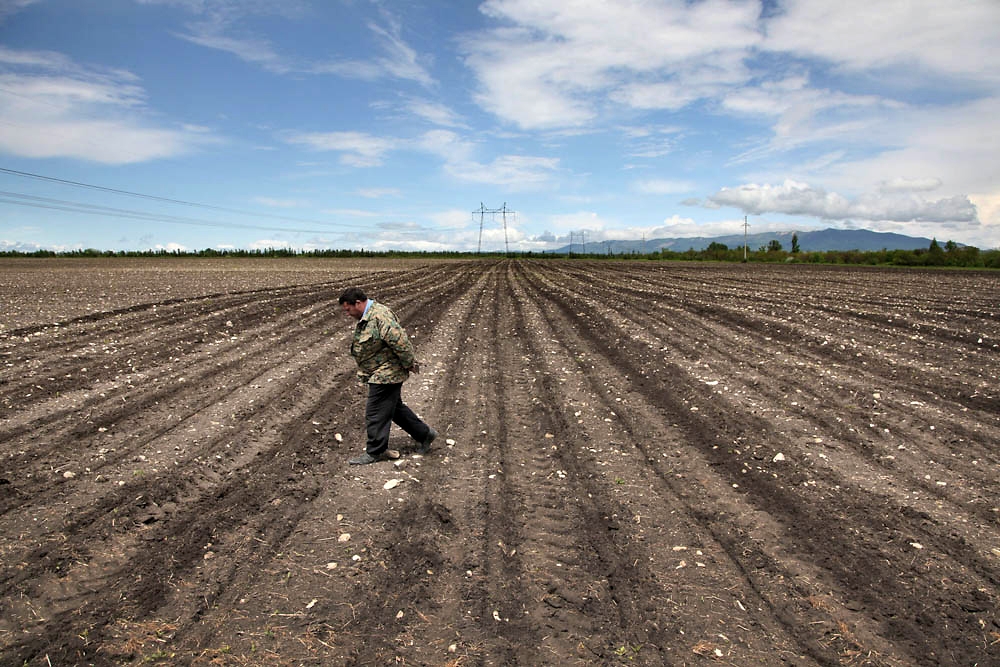 Georgian fruit-and-vegetable exports now enjoy conditional, duty-free access to the European Union, one of the world’s largest markets. But to cash in, Georgia faces the daunting challenge of overhauling its subsistence-based agricultural sector.

Under a free-trade deal that went into effect on September 1, Brussels is giving qualified Georgian-grown products duty-free access to the EU. Both sides see the agreement as a way to add a powerful economic component to the European integration pledge that Georgia, along with Moldova and Ukraine, signed this June.

Within Georgia, most interest focuses on what the deal will mean for the agricultural sector, which employs more than half of the national workforce of roughly 1.6 million people. Currently, 56 percent of Georgian agricultural exports go to formerly Soviet states, according to official data, but the government hopes that an estimated annual savings of over $8 million from eliminated EU-duties will prompt Georgian farms to look toward wealthier, western markets.

“We hope to see new businesses oriented on exporting their goods to the EU market and this, in turn, will lead to the diversification and growth of exports,” Mikheil Janelidze, deputy minister for the economy and sustainable development, told EurasiaNet.org.

But to carve out a significant share in the EU market, Georgia – once a chief supplier of wine, oranges and spicy food for the former Soviet Union – needs to pick up its game. Riddled by inefficiencies, agriculture accounted for only 9.3 percent of Georgia’s 2013 Gross Domestic Product of $16.13 billion.

Tradition-bound views on farming are widely seen as a barrier to entering the EU market. Georgian farmers mostly rely on makeshift stands, bazaars or mom-and-pop shops in cities to sell their produce. The sector suffers from a lack of adequate storage, packaging that ensures freshness, and cost-effective distribution networks. At present, the country relies heavily on imports to meet domestic demand for food supplies, including out-of-season fruit and vegetable and milk-powder for the country’s retail dairy-products.

Some critics believe that, even with a more open door to the EU, most Georgian farmers will simply do what they always have done – put their apples in a bucket and take them to the local market. Farmers interviewed by EurasiaNet.org did not show a strong understanding of the free-trade deal. “The Europeans will be buying our fruits and vegetables, just like the Russians used to,” confidently declared 58-year-old Avtandil Samkharadze, an apple-seller at Tbilisi’s central bazaar. Other vendors smiled skeptically. “There will be collection centers, where we will be turning in the harvests,” he predicted, drawing on recollections of how the Soviet economy functioned.

The EU has pledged to help Georgia reorient its agricultural exports, and will provide 51 million euros (about $68 million) for food-safety laboratories and consultations with farmers about EU food-regulations. Such rules could prove a formidable challenge for a country where meat chops routinely hang in non-refrigerated roadside stands, cows wander freely, and few people know how to trace chemical content in food.

Skeptics also anticipate the regulations will result in higher retail prices and sales-barriers for small farmers. EU and Georgian officials do not rule out a price-hike, but say that a proper regulatory framework is needed to bring Georgian agriculture into the 21st century.

Georgian agricultural products will not have an entirely free ride to Europe. Quotas have been set for duty-free imports of garlic (220 tonnes/242.5 tons), and entry-price limits on 28 other food-products, including for wine and tomatoes. Limits also have been placed on imports of 277 other products to prevent re-exporting via Georgia.

The scope of EU demand for Georgian exports remains a matter of debate.
European consumers tend not have the same taste for the semi-sweet wines, stringy Sulguni cheese and highly mineralized waters prized in former Soviet republics, some observers claim. In trying to enter the EU market, Georgian farmers need to cater to different standards and palates for food, said Uta Beyer, executive director of the German Business Association Georgia. Targeting the booming interest in organic foods might prove a natural fit for Georgia, she continued, but doing so would require better agricultural efficiency.

“If the productivity of Georgian agriculture increases, it will solve much of the economic problems of Georgia,” Beyer added.

Konstatine Vekua, co-founder of the 371-acre, Zugdidi-based kiwi-exporter Nergeta, believes lower labor costs and “much cheaper” land could give Georgian farmers a competitive advantage in the EU market. Vekua, who hired foreign consultants and invested in international certification for his crops, has little patience with fellow farmers’ handwringing about the costs associated with EU-quality-assurance.

“It is about punching above your weight to make your business work and to look for what opportunities are out there,” he said. “You don’t need to wait for the government’s help or some free-trade agreement to do that.”