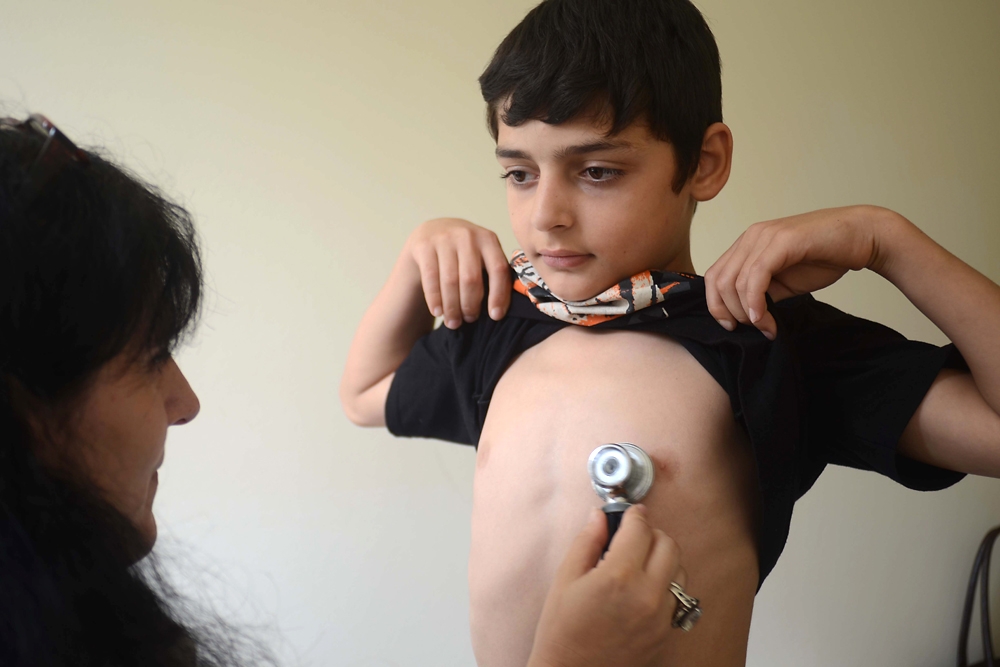 Georgia has embraced privatization as the cure for all its healthcare ills. But in the rush to reform in recent years, one critical detail largely has been overlooked – ensuring that Georgian doctors actually are qualified to practice medicine.

With an overall population of about 4.6 million, Georgia, on paper, has far more doctors per capita than elsewhere in the former Soviet Union – 410 per 100,000 people compared with 380 per 100,000 on average for other ex-Soviet republics, according to Curatio International Foundation, a Georgian healthcare policy think-tank. But the numbers are deceptive, according to several healthcare experts.

For over a decade, from the demise of the Soviet Union in 1991 until after the 2003 Rose Revolution, Georgia’s medical sector, including medical schools, was completely unregulated. Fifty private schools purporting to teach medicine popped up like “mushrooms” during the 1990s, churning out 16,000 medical diplomas, according to Rima Beriashvili, Deputy Rector of Tbilisi State Medical University (TSMU). Many of these graduates lacked a thorough grounding in medicine. The formerly widespread practice of paying bribes to obtain advanced educational degrees contributed to the problem.

Today, bribery no longer plagues higher education in Georgia, and some filters have been created to weed out poorly trained new doctors, such as residency programs and exit exams from medical school. But medical licenses already granted by a state-run body linked to the Ministry of Health cannot be revoked. Malpractice insurance no longer exists. And the knowledge deficit lingers on.

Underscoring the problem, a 2013 draft World Bank report found that 25 percent of an unspecified number of surveyed Georgian doctors could not properly diagnose the symptoms of a heart attack, a leading cause of death in Georgia. Less than half knew about the use of aspirin to thin blood and improve circulation, according to the Bank’s Tbilisi press office.

The State Regulatory Body for Medical Matters, which issues licenses and fields complaints about alleged medical malpractice, could not respond in time for publication to questions from EurasiaNet.org about complaint review procedures and licensing standards.

Dr. Vakhtang Mengrelishvili, who served as deputy health minister between 2004 and 2007, when Georgia’s reform zeal was at its peak, conceded that President Saakashvili’s United National Movement never found a way to improve the quality of Georgian doctors during its eight-plus years in power.

The problem predates the UNM, Mengrelishvili stressed. Historically, a lack of “political will” has always existed in the Health Ministry to take on the medical profession, said Mengrelishvili, a former surgeon. “[It] means a political battle with your colleagues,” he elaborated. “When the minister of health always was a physician or very close to this profession, they had no political will to engage in such a battle.”

President Saakashvili’s own father, Nikolozi, is a physician, and TV news broadcasts used to feature the president enthusiastically discussing plans for new, private hospitals, or explaining to elderly villagers how to obtain state-subsidized medication.

Currently, with the Georgian Dream coalition controlling parliament, health care in Georgia appears to be reverting to a system of personalities.

Anecdotal stories of physicians who exacerbate ailments or botch surgeries have spurred Georgians to depend on personal recommendations of friends and family for reliable doctors. Those who can afford it sometimes travel abroad rather than risk care at home.

“People actually know how [people] study here,” Beka Bakhtadze, a recent TSMU graduate, said of Georgia’s one state and 15 private medical schools. “No trust” exists because Georgians “know what is there” in these schools, he alleged.

In response, TSMU’s Deputy Rector Beriashvili asserted that the quality of Georgian medical schools is “good.” Deputy Health Minister Mariam Jashi said that the government is working with local and international schools and partners to prepare a package of reforms that would improve care systematically, including reviewing the practice of granting lifelong licenses to physicians, strengthening educational standards, and modernizing diagnostic guidelines.

Some medical institutions already have started down that road. For the past two years, TSMU and Emory University in Atlanta, Georgia have collaborated on a pilot, Tbilisi-based program that will grant Georgian students a US-recognized medical diploma, based on a curriculum taught by Georgian professors and created in consultation with Emory faculty. The pilot program will begin this September.

But part of any transformation could also include targeting licensed Georgian physicians as well; particularly in the field of research, according to Dr. Eka Dvalishvili, a practicing family doctor in Samtredia, a small town in western Georgia.

Dr. Dvalishvili, 37, who is taking part in a two-year US-government-funded program to improve doctors’ research skills, said that she learned from online medical journals that she and her colleagues have been overprescribing antibiotics and, at times, using ineffective medication to treat patients for pneumonia.

“There is a big difference” between Georgian doctors who use such research tools and those who do not, she said. “There is a gap.”

But whether bridging that knowledge gap can also contribute to bridging the gap of trust between patient and doctor in Georgia remains to be seen.