Statistics show Georgia’s South Caucasus neighbors among its top trading partners. But how diverse is this trade? 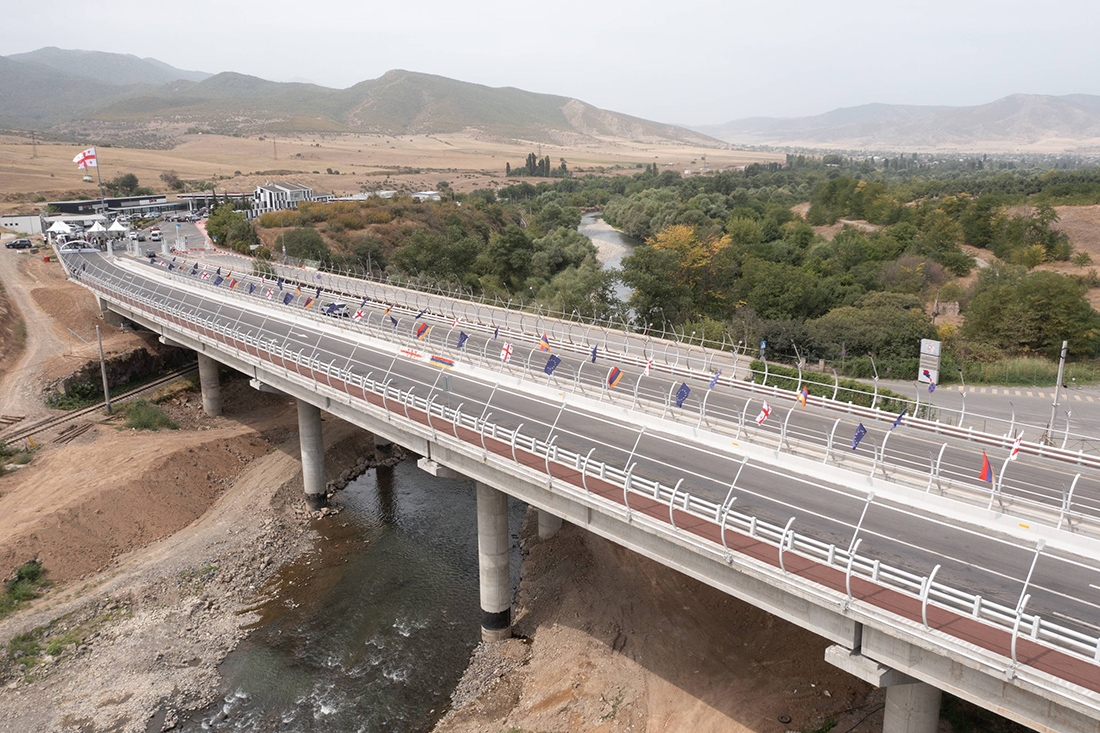 Over the past year, Georgia recorded significant growth in trade turnover with neighboring Armenia and Azerbaijan. As it expands its role as a trading hub, it is being aided, in part, by Russia’s war on Ukraine.

Intensified trade ties have been a top talking point at frequent high-level meetings between Georgian leaders and their Armenian and Azerbaijani counterparts. While trade increased in various directions, both imports and exports remain heavily dependent on narrow groups of commodities, pushing the countries to explore new opportunities.

Azerbaijan and Armenia were Georgia’s sixth and seventh biggest suppliers of goods, respectively, during the first 11 months of 2022. Imports from Azerbaijan grew 12 percent year-on-year to reach $573 million, while imports from Armenia grew 42 percent to $548 million.

The two neighboring countries have played an even bigger role in Georgia’s exports, with Azerbaijan and Armenia occupying 3rd and 4th places, respectively, after China and Russia. During the same period, exports to Azerbaijan grew 22 percent to reach $595 million, nearly as much as the figure for Russia, while exports to Armenia saw a sharper jump, increasing by 120 percent to surpass $495 million.

“Trade turnover [between Georgian and Armenia] grew by approximately 70 percent over the past year and exceeded $1 billion, which is a commendable result,” Georgian Prime Minister Irakli Garibashvili said during a recent visit to Yerevan, adding that Armenia has become Georgia’s number six trade partner. “We have positive dynamics in every direction, be it tourism, transportation, or freight turnover.”

During the visit, Garibashvili met with his Armenian counterpart Nikol Pashinyan as the two co-chaired a session of the intergovernmental economic commission. One of the outcomes of the meeting was a new policy allowing citizens of the two countries to cross the border using domestic ID cards, an arrangement Georgia already has in place with Turkey.

Back in August, Garibashvili and Pashinyan inaugurated a new 160-meter bridge at their countries’ shared border, which, the leaders noted, would further boost the development of trade ties.

But while imports from Armenia to Georgia have more or less steadily grown over the past years, exports – long dominated by cars – saw stark fluctuations: In 2019, “vehicles, aircraft, vessels and associated transport equipment” made up more than 60 percent of Georgian exports to Armenia.

The introduction of higher import duties by Armenia for cars imported from countries outside the Russia-led Eurasian Economic Union (EAEU) in 2020 killed that trend. This had the effect of halving the total value of Georgian exports to Armenia from 2019 to 2020.

Export growth in 2020-2021 was mainly in the form of various other products, including food and beverages, textiles, and other lower-value commodity groups. But vehicle exports again saw a sudden strong return in 2022, contributing to doubled year-on-year export values to Armenia.

Car re-exports have been a booming business in Georgia in recent years, nearly doubling over the past year to make up 15 percent of total exports, outperformed only by copper ore and other mineral products. The country has for years been a regional hub for importing and then re-exporting cars – mostly used ones – and has been attracting more attention from the broader region, including Russia, Central Asian countries, and Eastern European markets.

The growth of vehicle exports in 2022 mimicked similar trends of rising vehicle re-exports to other EAEU countries such as Kazakhstan and Kyrgyzstan, leading some economists to suspect the final destination of some of these cars may be somewhere else, like sanctions-hit Russia.

Armenian media outlets have also taken note of the significant rise in Western car imports after the two-year hiatus. Some attributed the rise to war-related restrictions on the export of American and European cars to Russia, leading Russians to use Armenia as a transit country to buy cars from abroad.

They noted, however, that another factor has been newly introduced customs policies in Armenia allowing the import of certain quotas of electric cars duty-free.

In addition, the National Bank of Georgia attributed growth in Georgian exports more to the rise in prices of goods across the board than the rise in trade volumes – which also increased, but to a lesser degree.

Cars account for most of Georgia’s exports to Azerbaijan, but unlike the EAEU member Armenia, the trade here has been more stable, with export values exceeding $200 million annually over the past five years.

In imports, Georgia relies on Azerbaijan for most of its natural gas, which made up more than half of imports from the country ($302 million in the first 11 months of 2022), growing again after a slight drop during the pandemic years. In Armenia’s case, copper ores and concentrates made up about 65 percent of all imports. The copper ores, however, do not stay in Georgia but are re-exported to other countries through Georgian ports.

But while Georgia's current trade with the two South Caucasus countries does not enjoy much diversity, there is one trade area with growth potential: electricity generation.

Georgia has seasonally exported and imported electricity from both of its neighbors over the years. But in 2022, Armenia exported to Georgia more electricity than its total exports over a full decade, from 2011 to 2021. Hakob Vardanyan, Armenian deputy minister of territorial administration and infrastructure, attributed the trend to simplified export procedures. The construction of a new transmission line between Armenia and Georgia is also planned.

This comes as Georgia hopes to increase electricity output and seeks, along with Azerbaijan, to seize new export opportunities to Europe. It is also inviting, in general terms at least, Armenia to get involved in new deals.

“We discussed cooperation in energy, the potential and opportunities for both countries to produce electricity,” Georgian Economy Minister Levan Davitashvili told reporters on January 12 during the Georgian government delegation’s visit to Armenia.

According to Davitashvili, this type of cooperation is aimed at “supporting each other’s energy independence and security and also to use the new opportunities that Georgia finds in terms of connecting to Europe, in terms of electricity transit and trade.”