Georgia: Riding the Road to Export Riches in a Used SUV 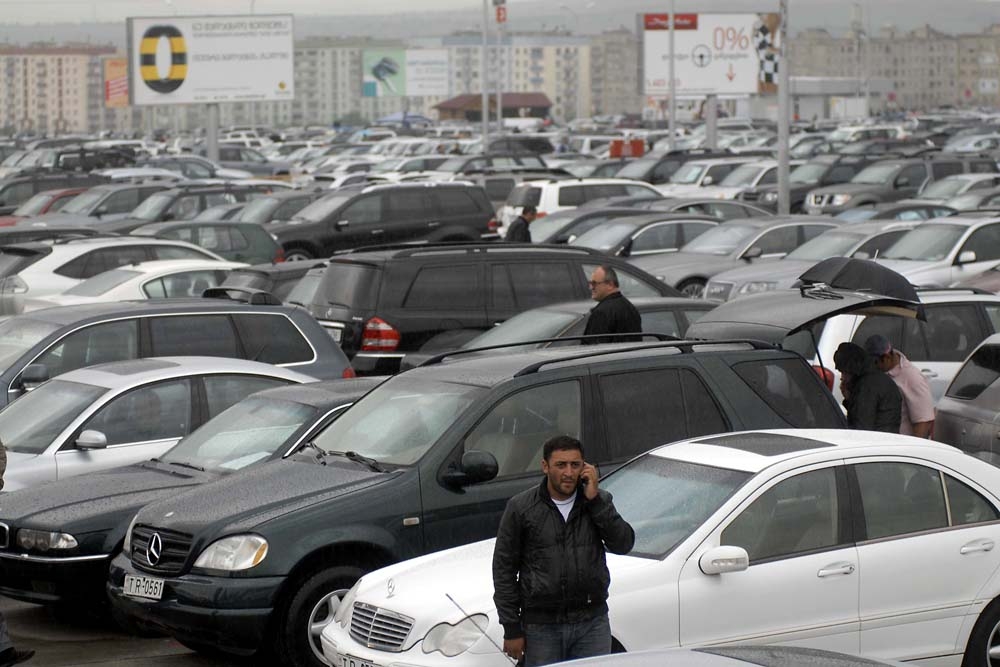 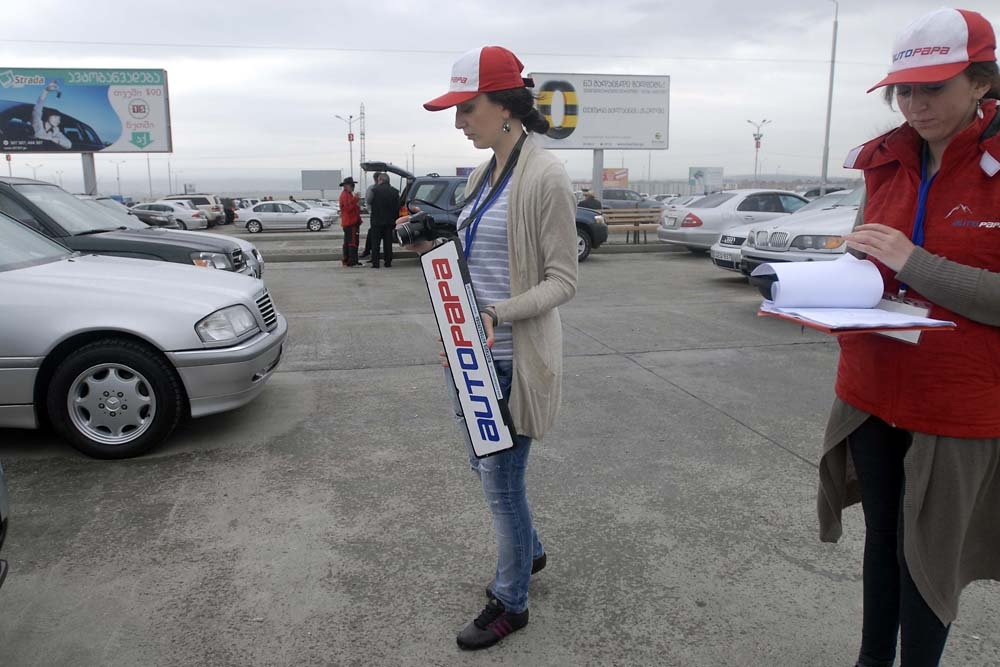 A photographer shoots images of a car's engine to promote on AutoPapa.ge, a web site dedicated to selling and buying cars. 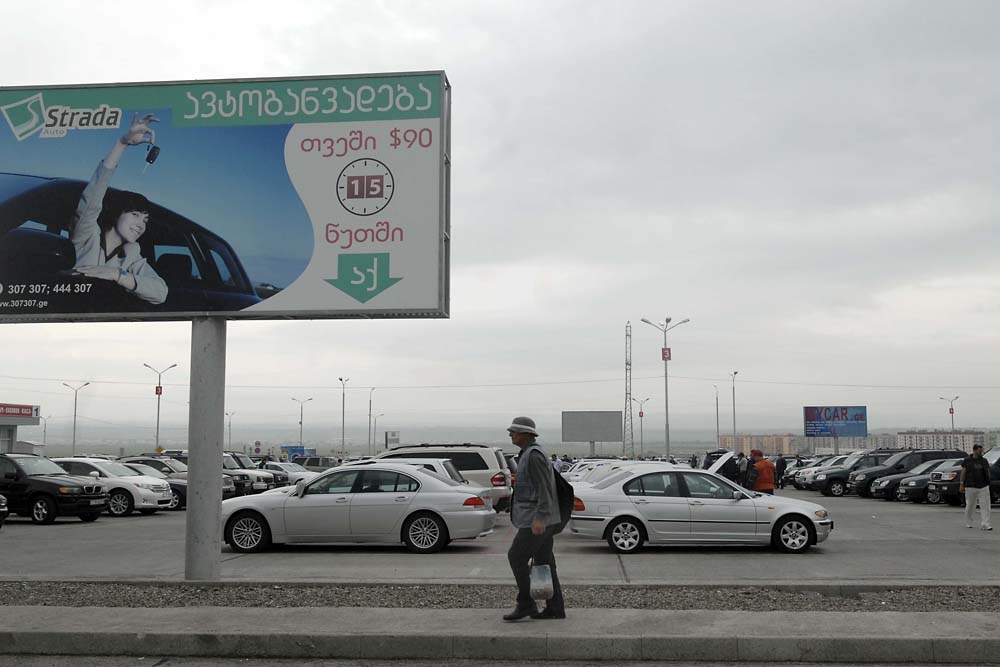 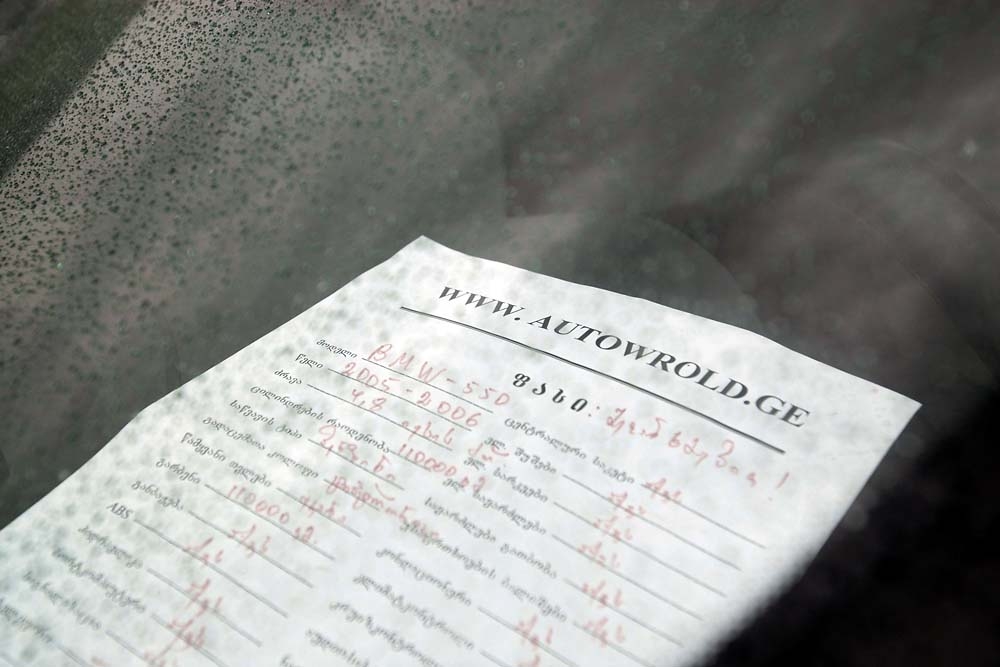 Signs, advertisements and sales pitches are offered in an array of languages, including Russian and English. 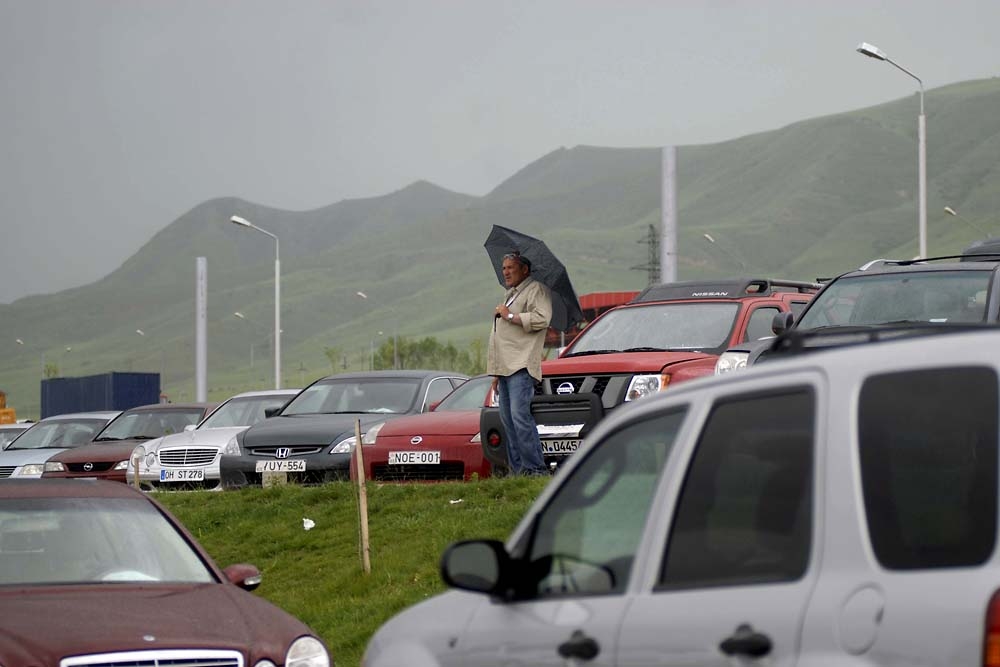 The bazaar includes services centers, banks and the Georgian equivilant of a DMV to expedite purchases. 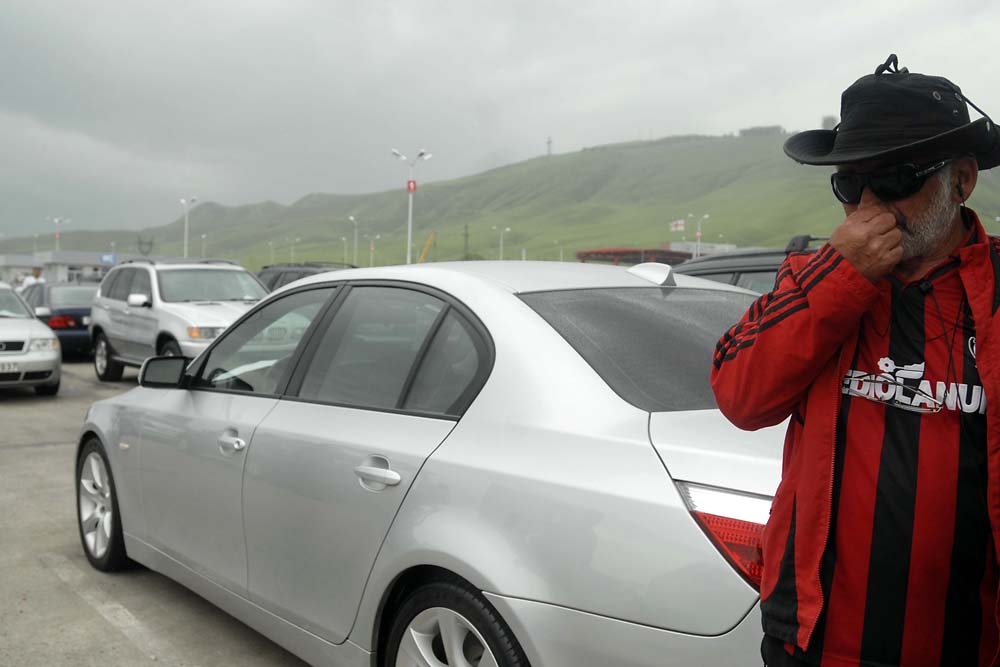 Buyers from Kazakhstan and neighboring countries travel to Georgia to purchase used vehicles. 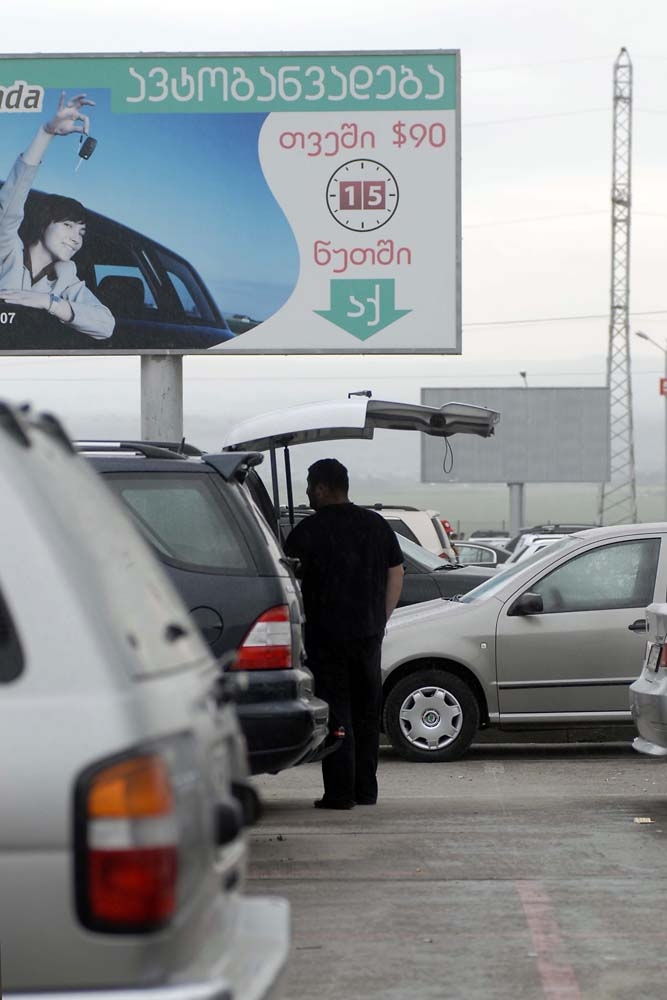 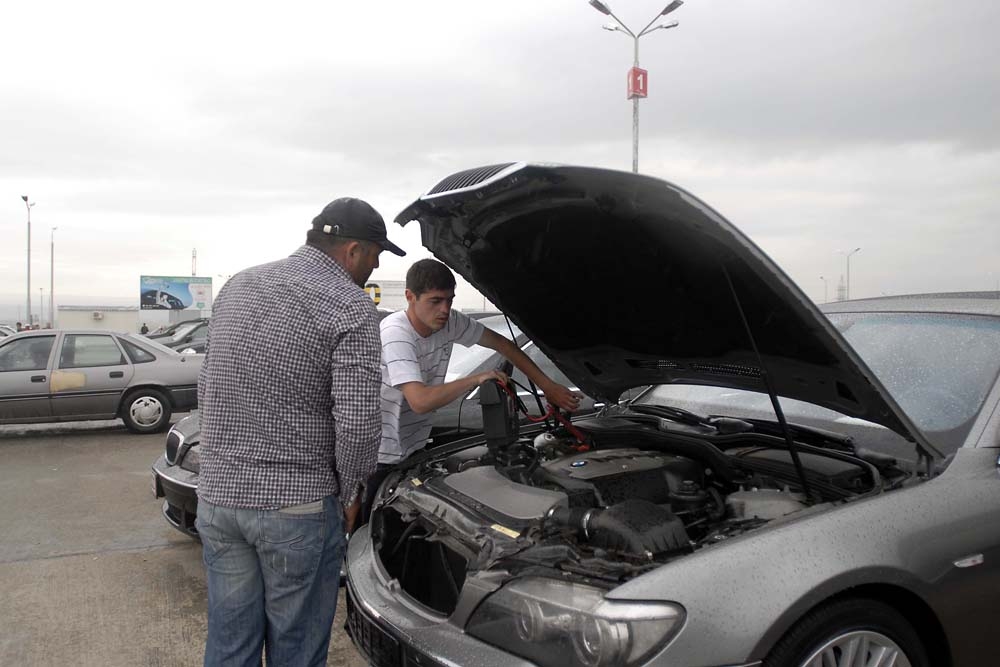 Currently SUVs - known collectively as 'jeeps' in Georgia - are popular, especially with dealers. 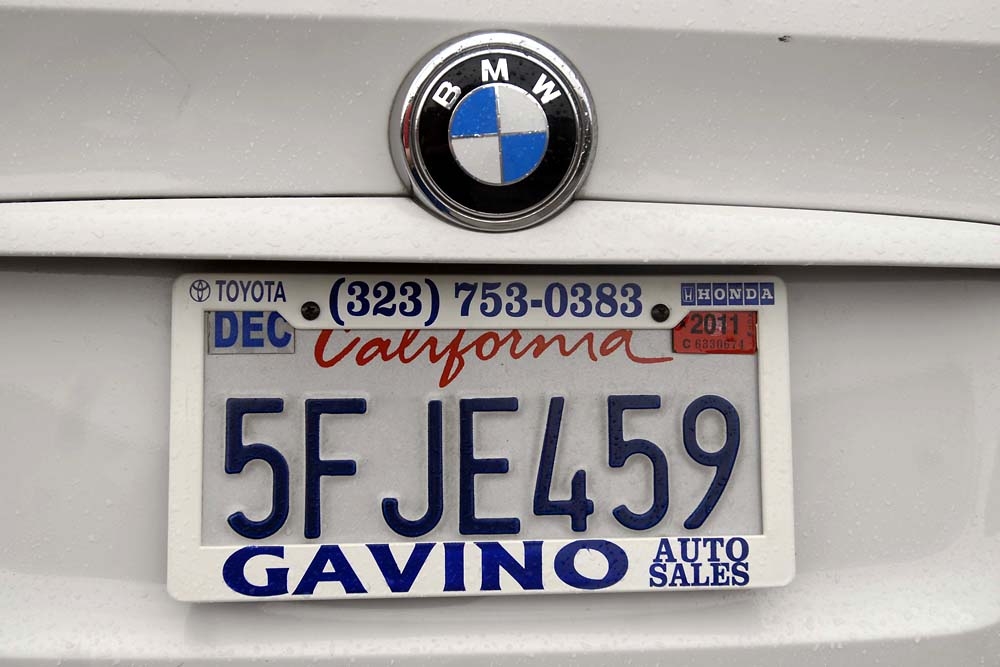 Cars come from countries around the world, including the United States, Japan and China. 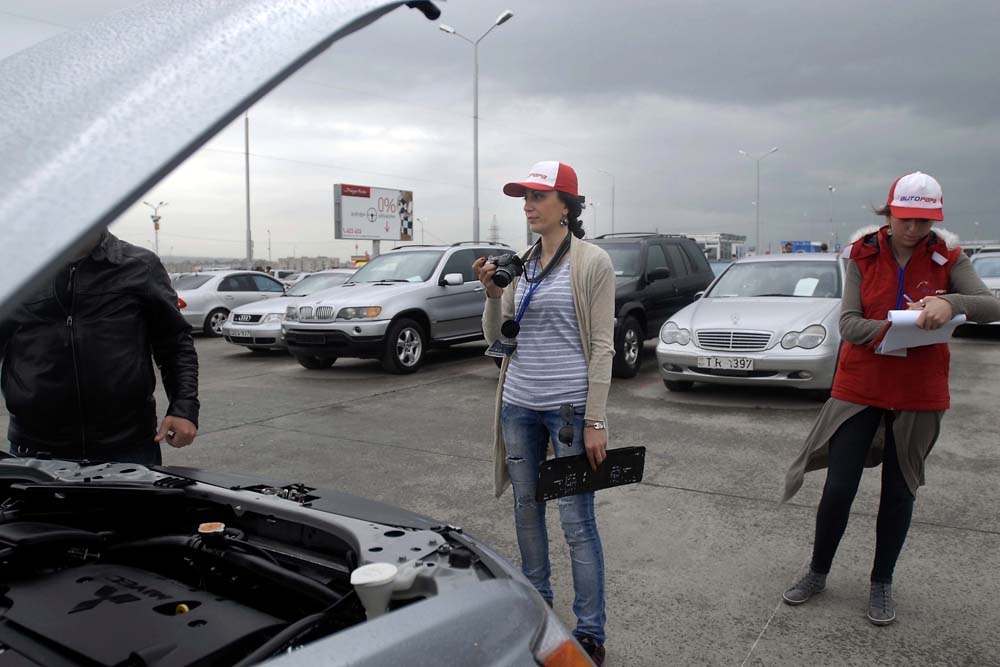 Prior to the market, sellers and buyers jostled for space in a series of empty lots in Tbilisi.
prev
next

Forget ferro-alloys or scrap metal. Used cars have now become Georgia’s top export, raking in tens of millions of dollars for state coffers, even while raising uncomfortable questions about the country’s ability to produce goods locally.

Georgian used-car dealers attribute the boom in large part to eager car dealers from Kazakhstan who have been racing to fill their own lots before July 1, when higher duties on car imports go into effect in the Central Asian country as part of a trade union with Russia and Belarus.

Georgian government data show that $197 million in used vehicles were exported from Georgia in the first five months of 2011; a whopping $56.7 million in sales were registered in May alone.

A representative of the Kazakhstan embassy in Tbilisi told EurasiaNet.org that too many cars are being exported to Kazakhstan from various countries for the government to keep track of how many cars come from what country in a given year.

But with just one day to go before Kazakhstan adopts the Russia-Belarus trade union’s customs tariffs on imported cars (approximately a ten-fold increase, depending on engine size) Georgia’s used-car business may soon start to shrink.

At a weekend car market some 30 kilometers south of Tbilisi this May, though, the regional craze for re-exported cars was still running strong.

Scavenging for deals on SUVs, traders eagerly flagged down SUV drivers as they barreled down a stretch of highway leading to the privately owned bazaar, located outside the town of Rustavi.

An estimated 7,000 cars stretched out in a scene reminiscent of an airport parking lot on a busy holiday weekend. While Top 40 hits were piped through an intercom system, shoppers examined a chaotic collection of vehicles, ranging from luxury SUVs with California license plates to minivans and right-handed sedans, brought in from Japan, Dubai, China or the United Kingdom.

As at any Georgian bazaar, vendors hawked roasted sunflower seeds or sold ice cream out of refrigerated boxes.

Even rain did not deter sellers and buyers from attending the event. Dealers, who pay seven lari ($4.20) per day per car to rent space at the market, took shelter from the rain in their cars, while potential customers jostled under umbrellas to peer at engines and examine bodywork.

Gia Bukhrikidze, a middle-aged used-car dealer, faced the bad weather with a rainproof hat and three months of optimism. Between January and April, Bukhrikidze averaged five sales a month, he said; making for a good return after the costs of transporting the vehicles to Georgia from the United States. After more than a decade in the business, sales “have never been this good,” he said.

On a national scale, Georgia is benefitting, too. The boom in the car re-export market is helping close the colossal gap between Georgia’s appetite for imports and its anemic industrial sector.

The trade deficit – $1.6 billion for the first five months of 2011, compared to $1.2 billion for the same period in 2010 – poses a challenge for a country facing decreased foreign investment and few other forms of revenue. While re-exporting cars has not been enough to reverse the deficit, it has bolstered the impression that Georgia’s exports are growing.

But economist Davit Narmania, executive director of the Caucasian Institute for Economic and Social Research, maintains that car re-exports have limited economic benefits because the vehicles are not produced in Georgia.

“From a purely economical point of view, that is not an export because the country of manufacture for that automobile is not Georgia,” Narmania said. The revenue that comes into Georgia when foreign buyers purchase used cars “goes back to Europe” when Georgian dealers import additional used cars from there, he continued.

“Very little revenue remains here for [dealers] or companies from the sales of those cars,” Narmania said.

But Vakhtang Lejava, a chief advisor on economic issues for Prime Minister Nika Gilauri, called the business “the cream” of Georgia’s exports.

“This is something extra – when you go to the shop and buy something and get something for free,” Lejava said. “Of course, maybe it is not labor- intensive, and it does not create jobs here, but this is money . . . [i]t is the cream. “

Used cars are not the only Georgian economic sector that is expanding, Lezhava added – tourism, counted as an export because of the input of foreign currency, also contributed to higher exports in 2010, he claimed.

But how long Georgia’s used-car boom can last remains open to doubt.

Dealer Bukhrikidze stressed that nearly all his current customers are Kazakhstani – a lopsided demand that raises questions about his prospects once the Russian-Belarusian trade union regulations for used cars go into effect in Kazakhstan on July 1.

“I am dependent on the Kazakhs…and this will last until the end of May,” he said. “I don’t remember the last time I sold a car to a Georgian, an Armenian or an Azerbaijani.”