After the Russian foreign ministry threw them under the bus, Georgian officials were forced to change their story about who initiated a landmark meeting between the two sides. 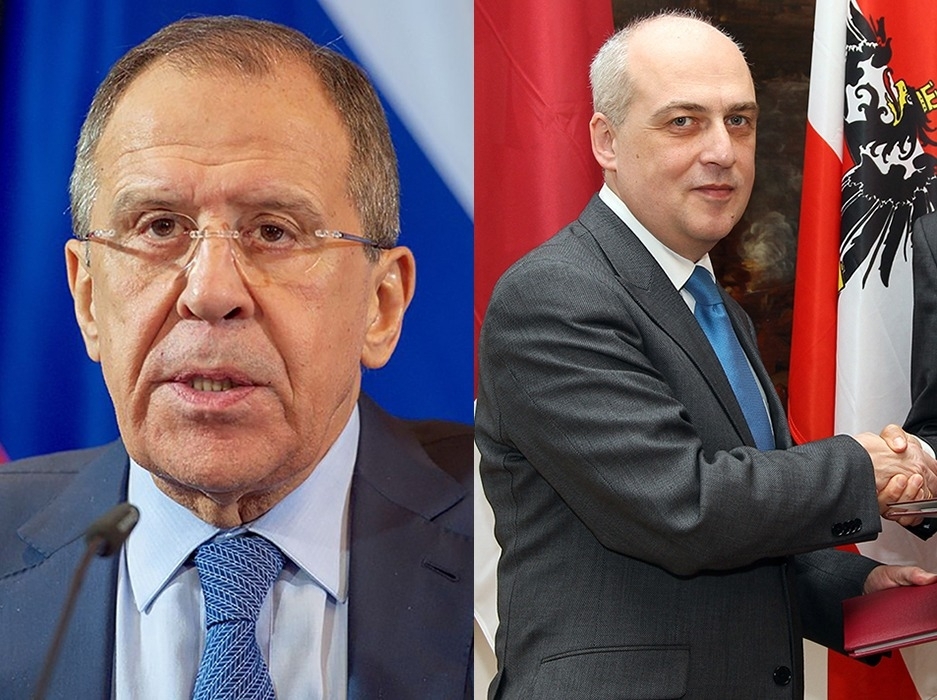 A landmark meeting between the foreign ministers of Georgia and Russia has turned into a scandal in Tbilisi, with the government scrambling to defend itself against accusations that it supplicated itself before the Kremlin.

The September 26 meeting in New York was the first between the top diplomats of the two countries since they fought a war in 2008. It was widely hailed by Georgia’s western partners, who have long pushed for the two sides to increase their diplomatic contacts. But in Tbilisi, questions immediately emerged over how the meeting came about.

According to the official statement from the Georgian foreign ministry, the meeting was “held at the initiative and through the mediation” of Switzerland. Russia’s statement was vaguer, saying only that it took place “with the assistance” of Switzerland.

Suspicion quickly arose that that may not have been the entire story.

A report in the Russian newspaper Kommersant cited unnamed sources saying that it was in fact Georgia who asked Russia for the meeting. And when the Georgian news website Sova interviewed Zurab Abashidze, Tbilisi’s top envoy to Russia, the first question was, “who was the initiator of the meeting?” He answered: “Meetings were carried out with our international partners. At one of these meetings with our Western partners, a desire was expressed, a recommendation, that it would be appropriate to have communication with the Russian side. That is, on the initiative of our Swiss friends a meeting of the foreign ministers was organized.”

But that same day, Russian Foreign Minister Sergey Lavrov said that it was in fact the Georgians who approached the Russians. “On September 26, I met with Georgian Foreign Minister Davit Zalkaliani, who himself demanded the meeting,” Lavrov told a press conference while still in New York. And he threw in a gratuitous jibe at Zalkaliani: “Later I read his comments, which, I think, took him more time than the meeting itself.”

Georgia-Russia relations hit their worst patch since 2008 this summer, after a Russian lawmaker made a scandalous appearance in the Georgian parliament, leading to anti-Russia and anti-government protests in Tbilisi that lasted for weeks. That, in turn, led to an attempt by Russia to impose a travel embargo on Tbilisi, including blocking direct flights between the two countries.

At his press conference, Lavrov further humiliated Zalkaliani by revealing that he asked about resuming the flights, making it look as if the Georgian approached, pathetically, hat in hand.

“Among other issues, he was interested about when direct flights will be resumed. I explained him that we have never sought artificial reasons for disagreement with Georgia. If the Georgian leadership manages to responsibly advance its position in favor of normal relations with Russia and will not look at Russophobes, whom the former president still tries to gather for fighting against the regime in Tbilisi, then I would personally resume direct flights,” Lavrov said.

It's not clear what Lavrov thought could be gained by throwing Zalkaliani under the bus like this especially given that, as Lavrov’s statement makes clear, Moscow prefers the current leadership in Tbilisi to the vigorously anti-Russia opposition.

The reaction in Tbilisi was inevitable. The protesters took their show to the foreign ministry headquarters, which they accused of “collaborationism.” According to an account in Sova, participants in the demonstration asked: “Why was there no third party, our partners, in the meeting? After all it’s well known that every time Georgia is left one-on-one with Russia, our position is not so strong.”

Representatives of the ruling Georgian Dream party were left to explain that, of course Georgia asked for the meeting, but there was nothing wrong with that.

“This is an attempt to primitivize the issue, discussions about who asked for a meeting,” Georgian Dream MP Gia Volskiy told the news website Netgazeti. “Georgia requested the meeting, but that doesn’t mean that we bowed our heads.”

Georgian President Salome Zurabishvili also weighed in to defend the meeting. “For a country with a conflict of this type, and occupied territories, there are two paths: one of war, which we have rejected; and the second dialogue and diplomacy,” she said, according to the news site Georgia Online. (Georgia considers the heavy Russian backing of two breakaway Georgian territories, Abkhazia and South Ossetia, to amount to an occupation of its territory.)

On September 30, the Russian Foreign Ministry threw more gasoline on the fire with a new statement.

“We have noted the fuss raised in Tbilisi,” the statement said. “To our great regret, we again hear worn-out claims about ‘occupation.’ It seems as well that our Georgian colleagues are concerned less with the content and direction of these discussions than with questions of protocol and format.”