Georgian imports from Russia are up 74 percent this year, as commodity traders take advantage of cut-rate prices. But could these ties make Georgia once again too dependent on an adversary? 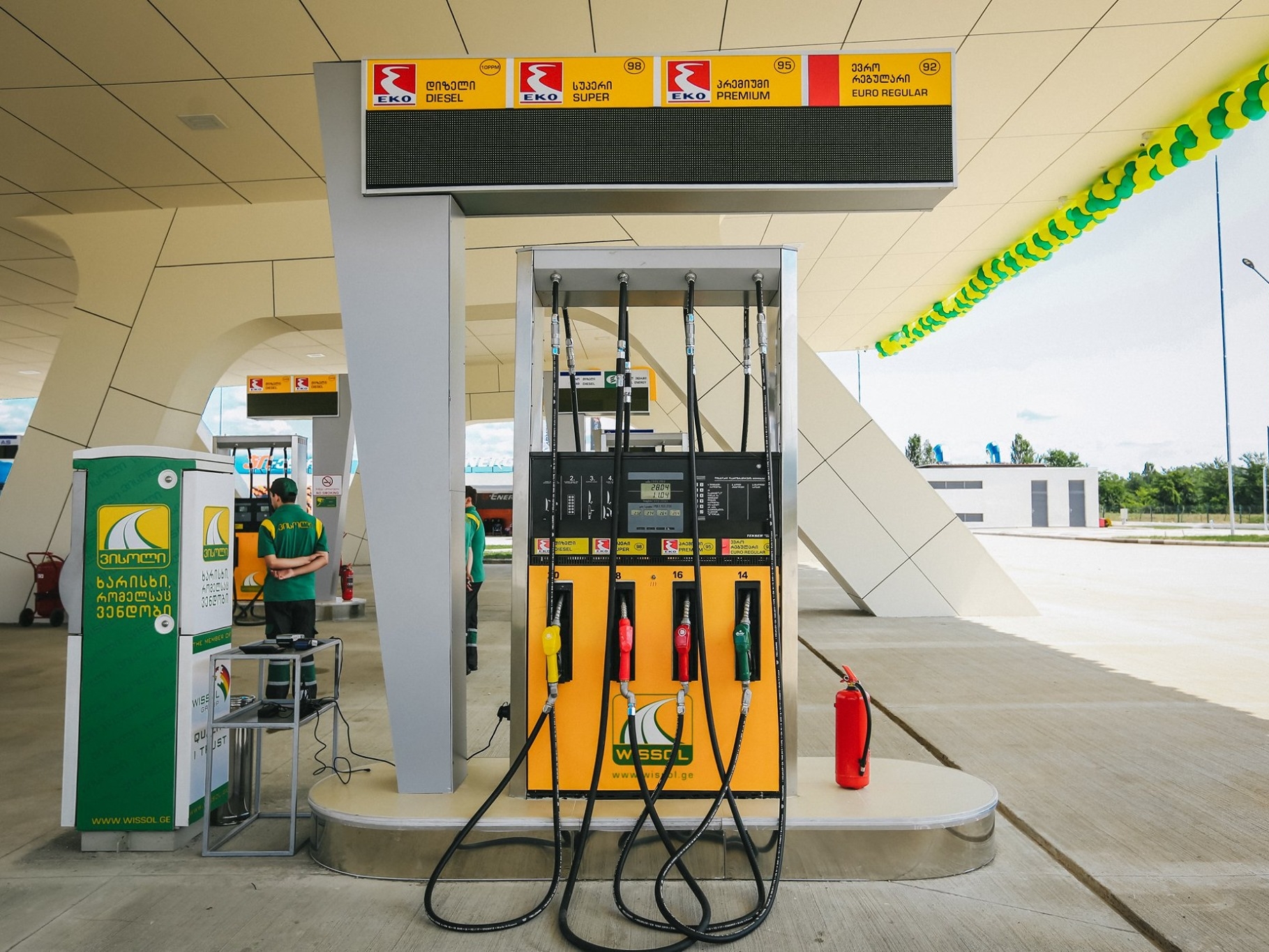 Georgia sources a growing share of petrol from Russia. (Wissol/Facebook)

While many countries are cutting business links with Russia, Georgia has ramped up Russian imports to record highs this year. Economists believe Georgian buyers are taking advantage of weak demand for Russian commodities and snapping up bargains.

Imports from Russia grew 74 percent year-on-year in the first 10 months of 2022, the latest data from Georgia's National Statistics Office show, continuing a decade-long trend as business ties slowly recovered after the 2008 war.

Purchases of oil, refined oil products, flour, and coking coal – Georgia’s main imports from Russia – have all jumped. The import of oil and petroleum products, for example, increased by 179 percent year-on year.

These figures are generating concerns that Georgia is growing too dependent on a former colonial master that longs to rebuild an empire.

“Abusing energy dependence has been a common practice for Russia (since 2006), which makes the issue more severe. Russia is actively utilizing energy resources, especially gas, to advance its own political agenda in the international arena,” said the Institute for the Development of Freedom of Information, a Tbilisi-based non-profit, in a November 28 report.

IDFI points out that Russia has become Georgia's number one import partner in terms of oil and refined oil products, whereas last year about half of gasoline and diesel imports were sourced from the European Union. If in 2021, 15 percent of Georgia’s petrol came from Russia; in the first half of this year the figure hit 39 percent; and while 24 percent of diesel was Russia-sourced in 2021; this year it increased to 34 percent.

Trading companies refuse to answer questions about their turn to Russian suppliers, Mariam Gogiashvili, an analyst at IDFI, told Eurasianet: “However, some public statements suggest that low prices are the reason.”

Indeed, Soso Pkhakadze, chairman of Wissol Group (a major player in the oil import market) told journalists in July that Wissol was seeking cheaper alternatives amid oil price volatility resulting from Russia’s war on Ukraine. “We are businessmen and open to negotiations with any country. We will import oil from a country where it is cheaper," said Pkhakadze.

Georgia must diversify, lest it again grow too dependent on Russia, which has a history of using trade as a weapon, says economist Soso Berikashvili, dean of the Caucasus School of Economics.

“We didn't try, didn't bother [to diversify suppliers], but some European countries are doing so. I understand that they have more capabilities and we are a poor country. Increasing petrol prices would harm people. But we didn’t even try," he said.

Georgian exports to Russia have also grown this year, by 10 percent year-on-year in January to October.

A fear of Russia is not something abstract, Berikashvili points out, describing a crushing Russian embargo on agricultural goods two years before the 2008 war.

“We have not read it in books, we have experienced it. In 2006, for instance, Russia imposed an embargo on Georgian wine, and as a result the wine industry suffered severe damage," Berikashvili recalled.

Nika Kapanadze, an economist from Policy and Management Consulting Group (PMCG), in Tbilisi, shares concerns about dependence on Russia for markets and staples, though he believes oil is a unique product.

"Oil is a global commodity and if Russia doesn't give it to us, it won’t be a problem and we will find another market easily,” said Kapanadze.

Wheat is more complicated, Kapanadze adds, noting that 90 percent of wheat flower consumed in Georgia is imported from Russia. He argues that Georgia must intensify dialogue with other producers, such as Kazakhstan and Turkey, to ensure food security.

“Importing from Russia is easy and cheap,” he said. “Economic dependence on Russia is a tradition stemming from Soviet times. The Georgian businessman knows the Russian language. It's easy to import products from there. Additionally, it's close and logistics isn't complicated.”