Amid rising local and international demand, Georgia seeks to start new energy projects and revive old ones. But will they survive the usual controversies? 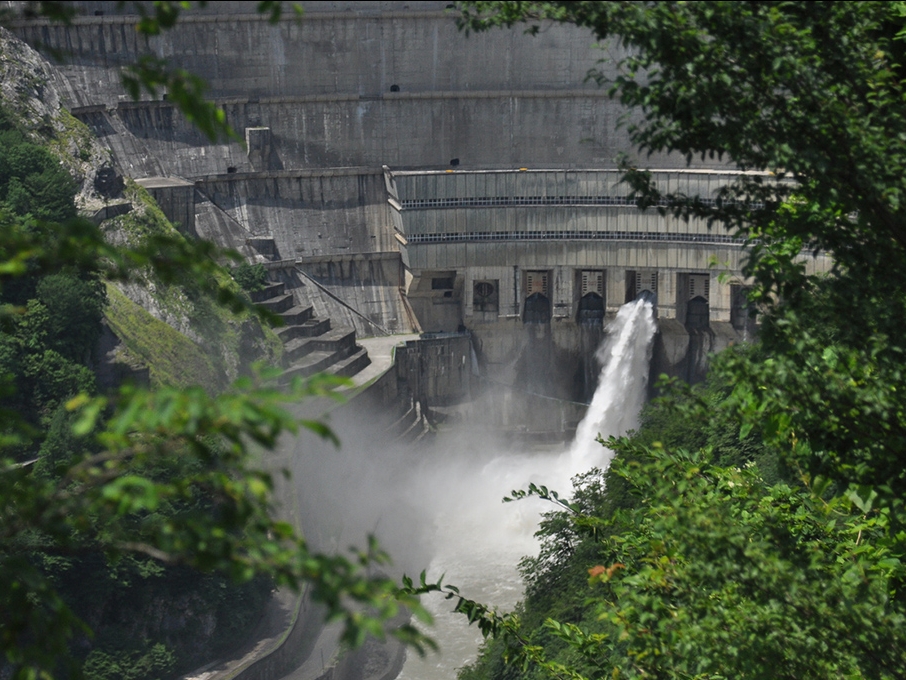 The Georgian authorities are pledging to pursue new energy projects and bring back previously abandoned ones as the country seeks to benefit from its new geopolitical significance amid the war in Ukraine.

The government expects “about $3 billion” in investments in the next three years for new energy projects, Prime Minister Irakli Garibashvili said in his annual end-of-year address on December 27. While the country so far is able to largely meet local electricity demand independently, the authorities predict a rise in consumption and are also eyeing electricity exports to Europe.

“The war that is going on in Ukraine has demonstrated another difficulty that states are facing – energy security and energy independence,” Garibashvili said late in October. “Georgia, of course, has quite vast resources, especially hydropower resources, and these resources need to be used in the most reasonable ways. This is our main priority and we are going to work on this over the next several months.”

The issue has figured prominently at numerous government meetings recently, though details are hard to come by. One carrot the government offers foreign investors is to ink deals under the so-called contract for difference (CFD) model, which ensures stability in revenues for contracting parties amid energy price fluctuations.

The new projects are expected to have a total installed capacity of 1,500 megawatts. This number does not include another set of pending projects with a combined 800 megawatts of installed capacity, or several large-scale hydropower projects which the state plans to carry out independently in what is becoming a trend in Georgia for large infrastructure projects of strategic significance.

The government has intensified talks about the urgent need for increased power generation as it seeks greater geopolitical significance amid the Russian invasion of Ukraine and Moscow’s isolation. This has included new connectivity projects with the European Union, which has sought alternative transit routes and energy sources.

Most prominent among them is the Black Sea submarine cable project, which is to connect Georgia and Romania and help EU member countries import electricity from Azerbaijan. 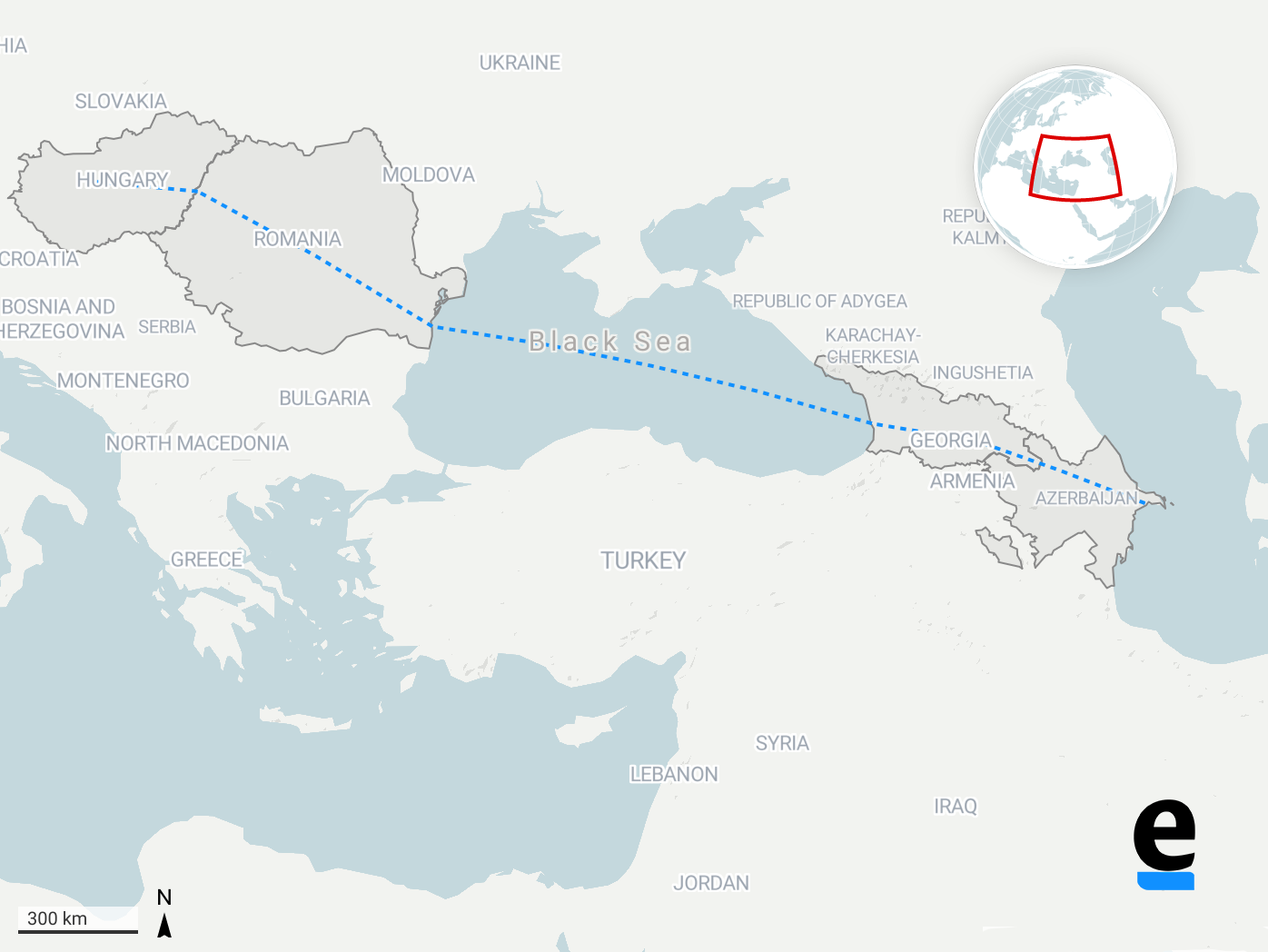 But Georgia does not want to settle for a transit role and seeks to export some of its own electricity as well.

“We need to build new generating facilities, such as wind, solar, and hydropower plants as well as thermal power stations so that we can sell our share of electricity in the EU, which will bring hundreds of millions of dollars in revenues for our country,” Garibashvili said as he presented his annual report.

Some of the projects under discussion include wind farms, smaller hydropower plants, and a 96-megawatt solar power plant in eastern Georgia where the government expects substantial investment from Masdar, a UAE-based energy company.

But the biggest development was the government announcing in December that it was reviving the 702-megawatt Khudoni hydropower plant (HPP) project. The plant was initially supposed to be built by a foreign investor, the British Virgin Islands-registered Transelectrica, in Georgia’s Svaneti region on the Enguri river, but it lay abandoned after many delays. Now after paying $13.5 million to bring it back into the state’s hands, the government appears to be in a rush to start construction this year, and plans to do so with “active involvement of the state.”

Khudoni is one of several cases in Georgia where authorities have faced strong opposition to hydropower plant construction. The local population has for decades resisted the project, which would require flooding several villages, and the government’s announcement has renewed their anger. But authorities hope to sway locals this time.

“I am convinced that we will have effective communication with the [local] population and we will have their support,” Economy Minister Levan Davitashvili said as he announced the decision. “It will be built with the country’s resources and ultimately the people will see the economic benefits of this project.”

In Georgia, a mountainous country known to be rich in hydropower resources, building larger hydropower plants has for years led to controversies and protests.

The most dramatic example was the planned construction of Namakhvani HPP on the Rioni River in western Georgia in 2021. That project inspired massive and lengthy grassroots protests, with opponents voicing environmental concerns but also increasingly questioning its economic viability, arguing it was agreed with a Turkish investor to the detriment of state interests.

The continuous protests led to the termination of the investor’s contract late last year and a subsequent arbitration dispute. The government, however, has not fully abandoned its designs on building large HPPs and plans to do so with budget funds, apparently in hopes of mitigating the anticipated backlash.

Supporters argue the HPPs are vital for the country’s energy security and will protect it from dependence on neighboring Russia.

Georgia has a seasonal pattern of electricity exports and imports. For years, the country has been a net importer of electricity but has also exported it to neighboring countries in the summer months.

But the country can still largely sustain its demand with its own power generation, and the share of imports so far remains small – including of Russian electricity which accounts for less than 5 percent of local consumption. Additionally, up to a quarter of local power generation comes from thermal power plants that rely on imported gas, where, again, the Russian share is nearly negligible.

But it is unclear how long existing sources will suffice, as energy consumption has risen faster than production in recent years. And according to Garibashvili, more sources of energy are needed as the current power generation has to catch up with the solid economic growth the country has been seeing recently