Georgia: Soaking Up the Dying Tradition of Massage in the Tbilisi Baths 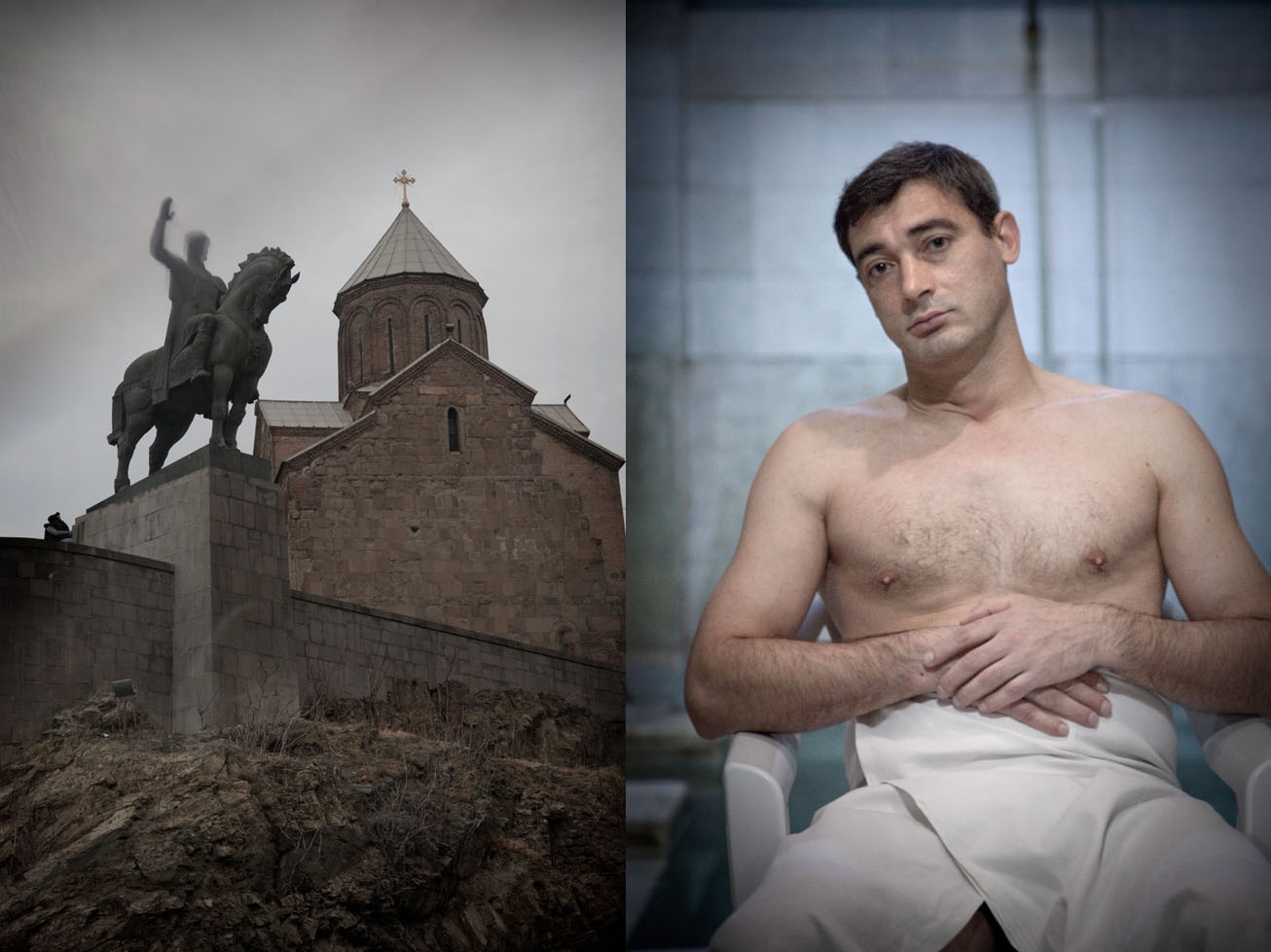 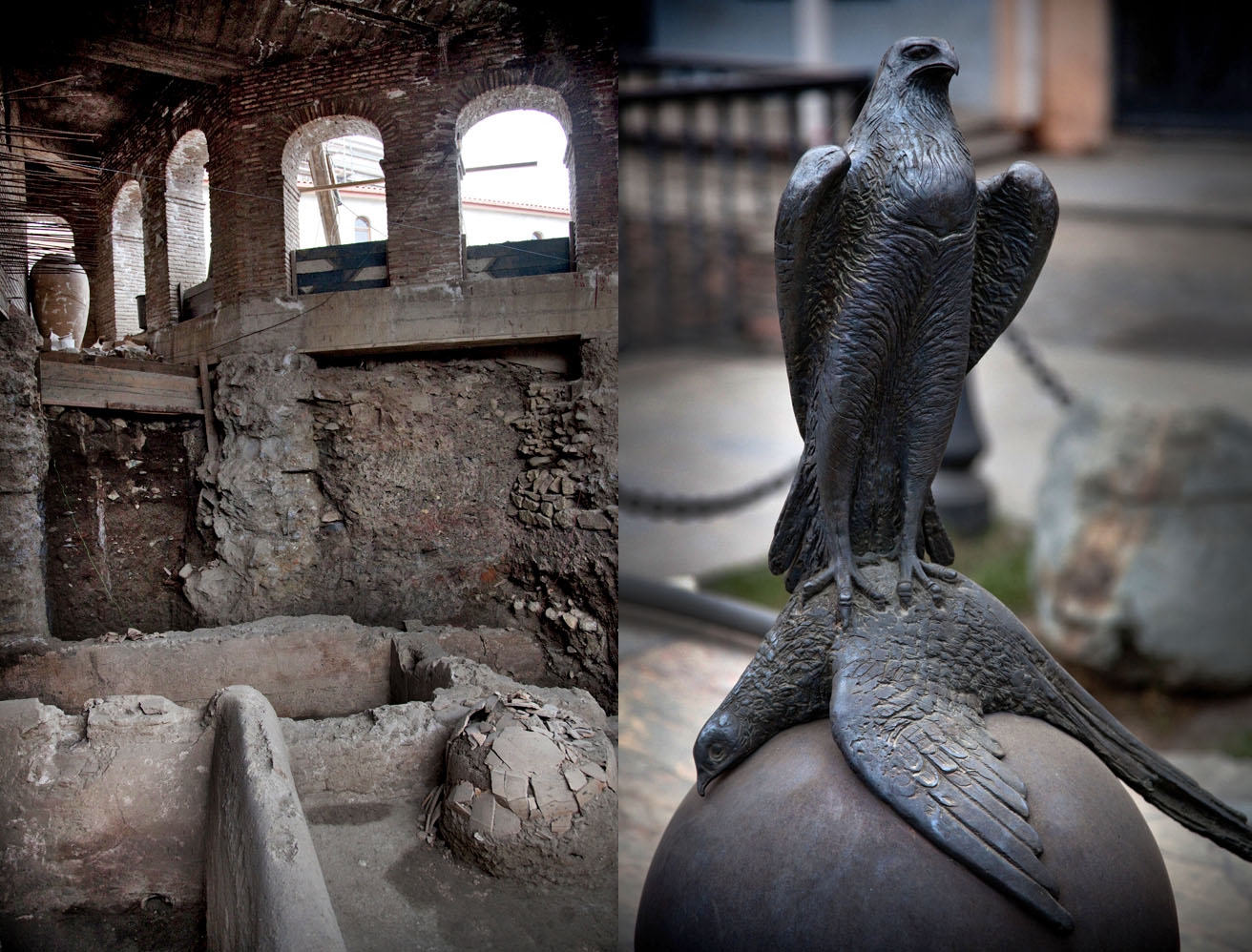 Excavation of Roman thermal baths from the 1st century AD (l). A sculpture marks the legendary location of Tbilisi's birthplace. 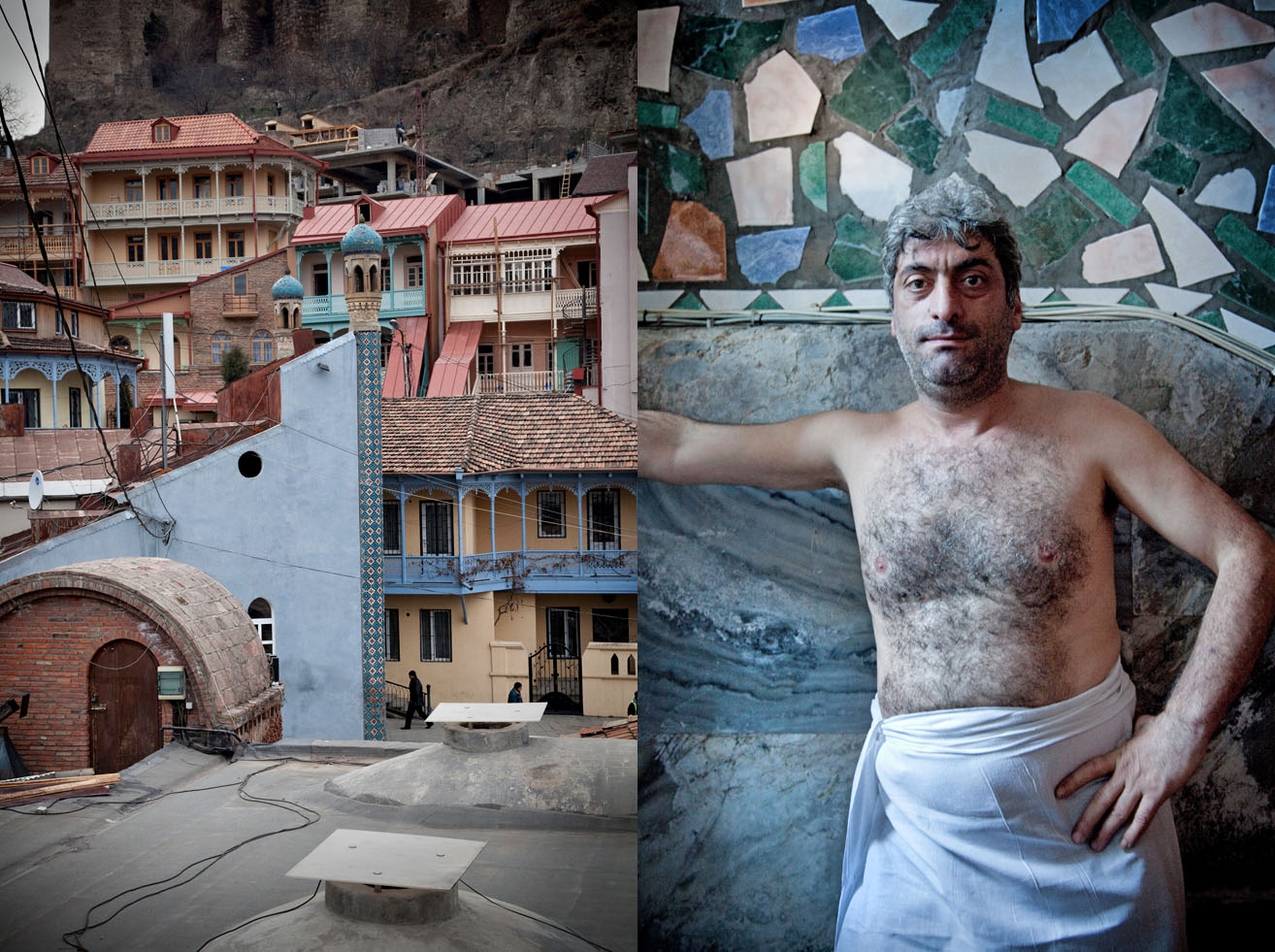 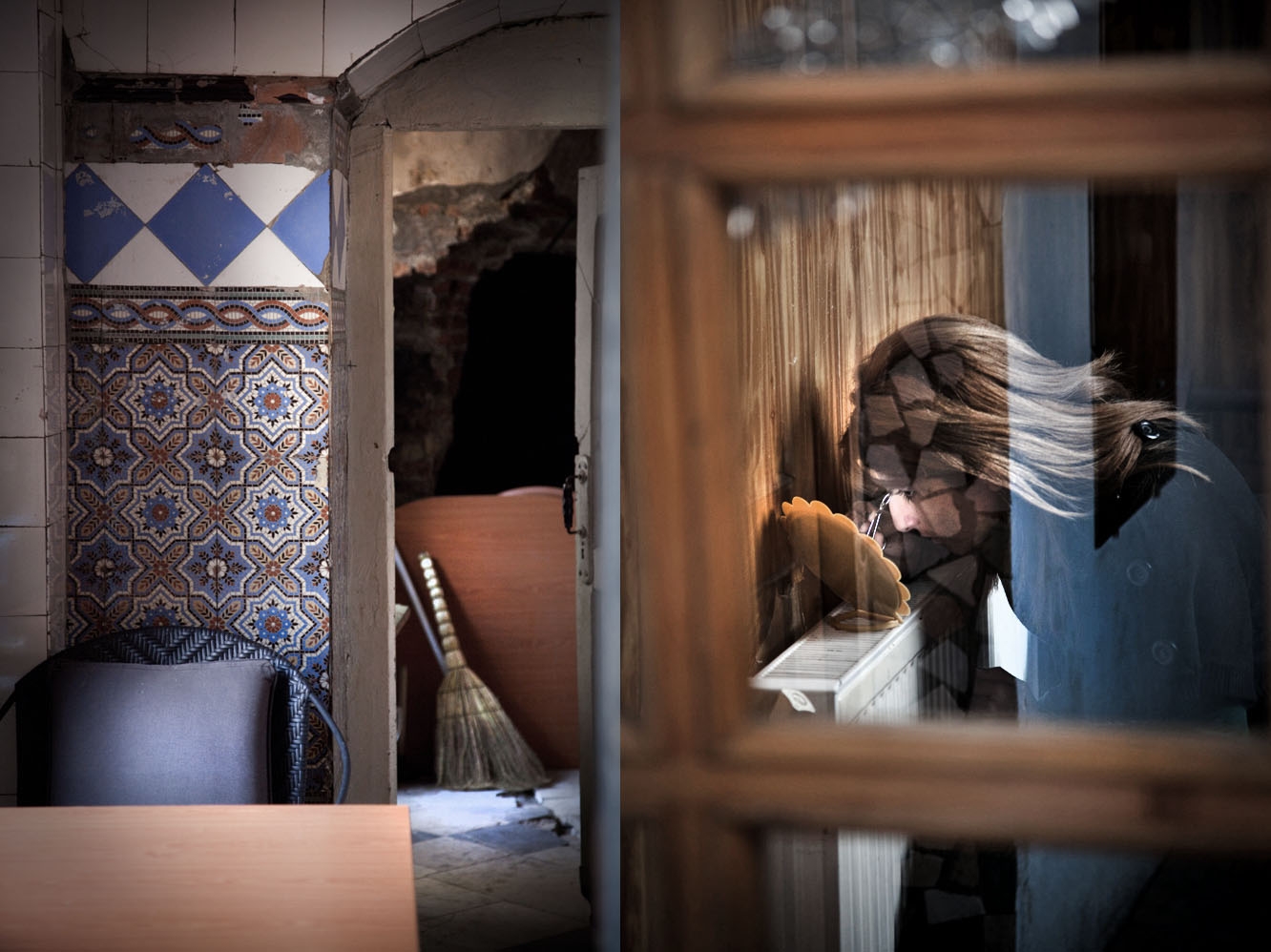 Early 19th-century tiles decorate the entrance to the Mirzoyev bathhouse (l). A female worker at a bathhouse puts on makeup. 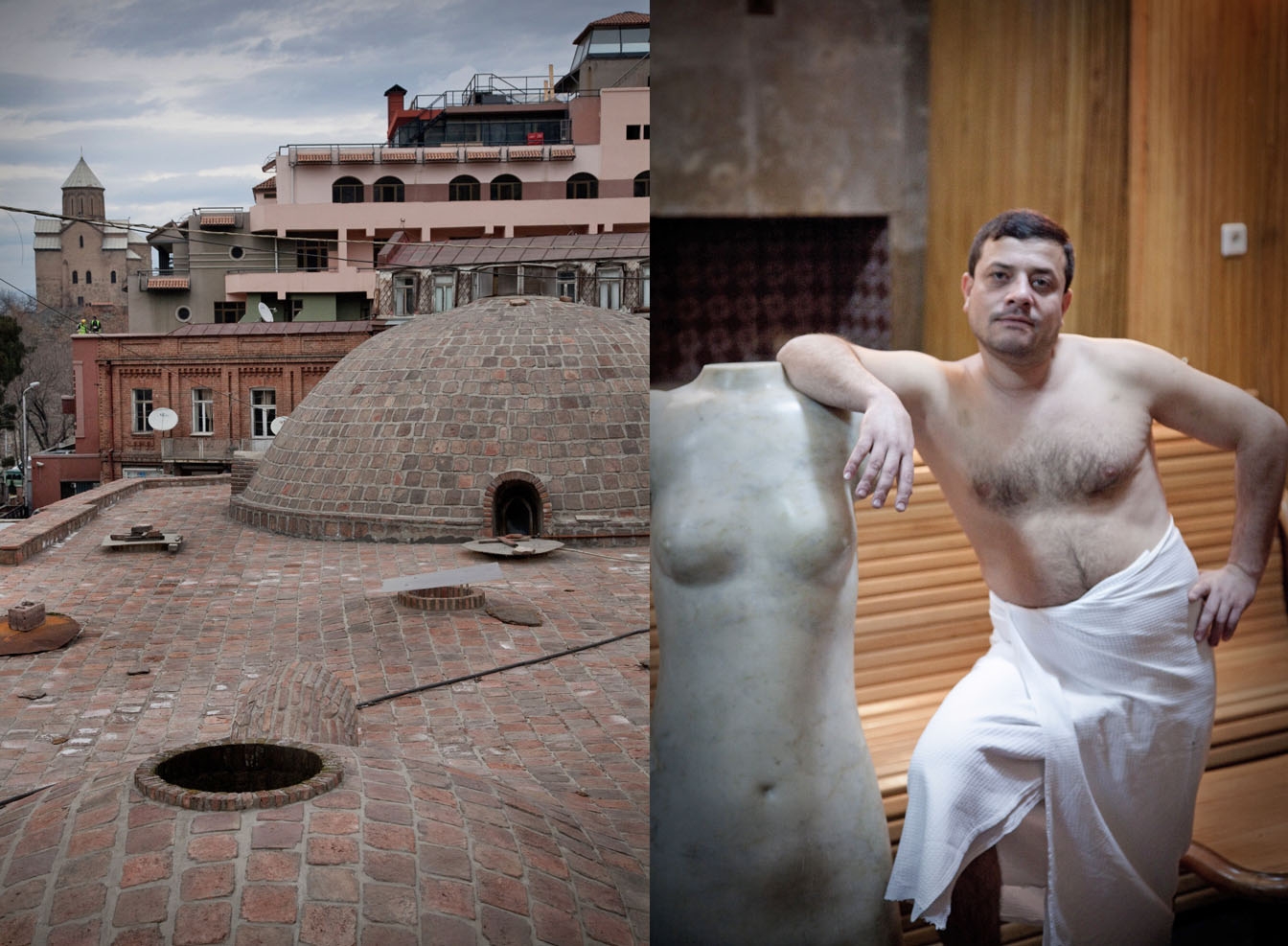 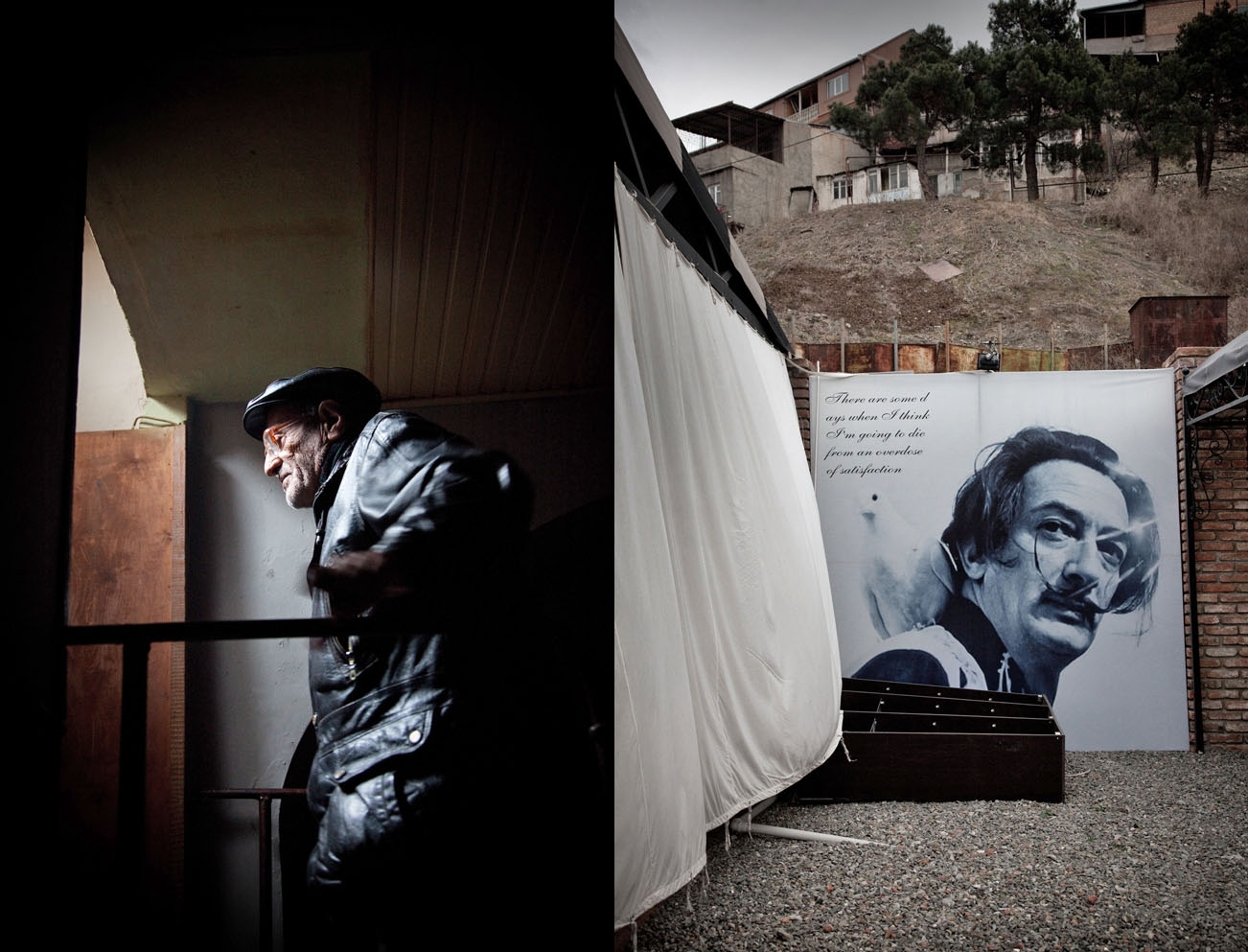 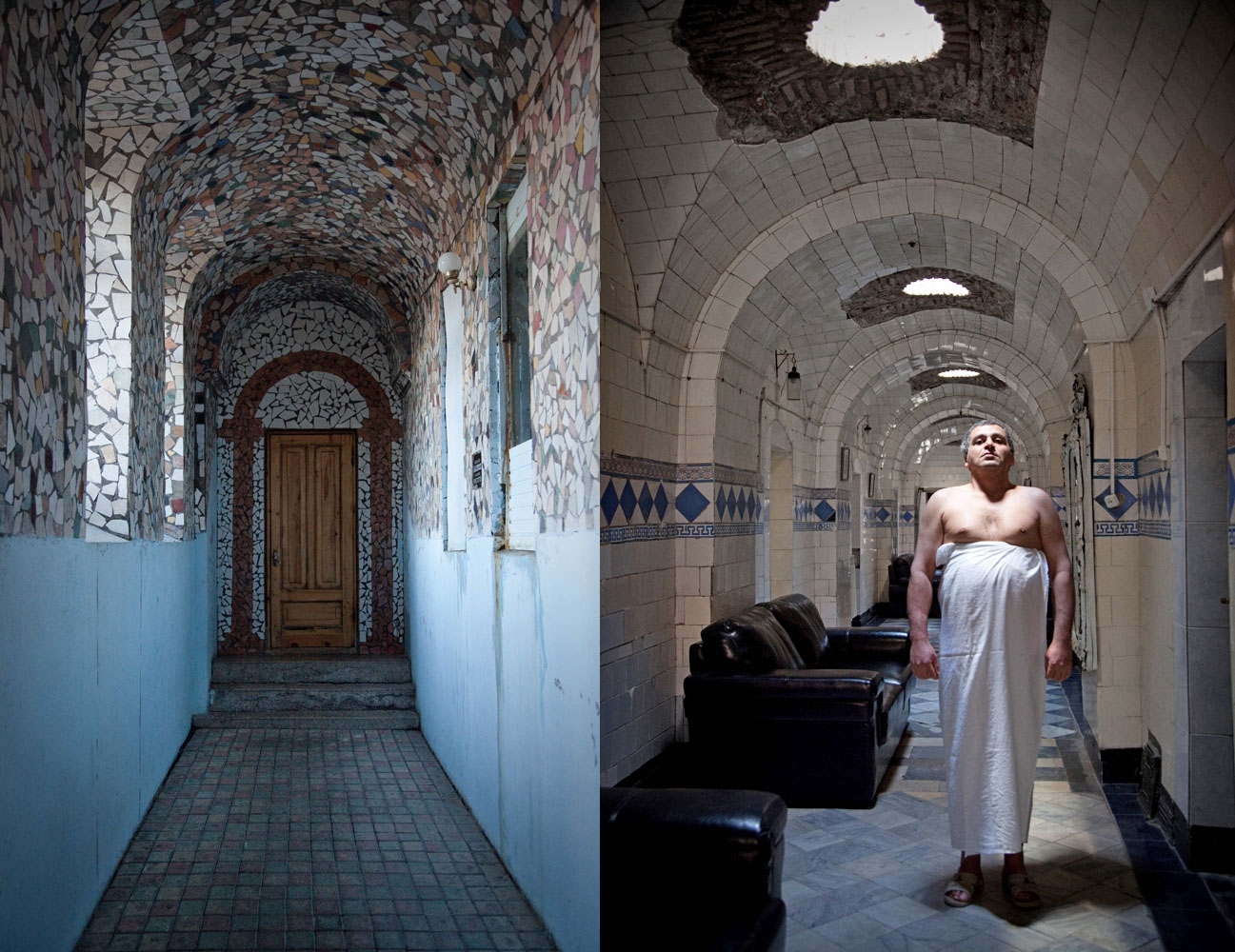 Tiles decorate the entrance to a public bath on Janashia Street (l). Masseur Roma Nazarian works at the Mirzoyev bathhouse. 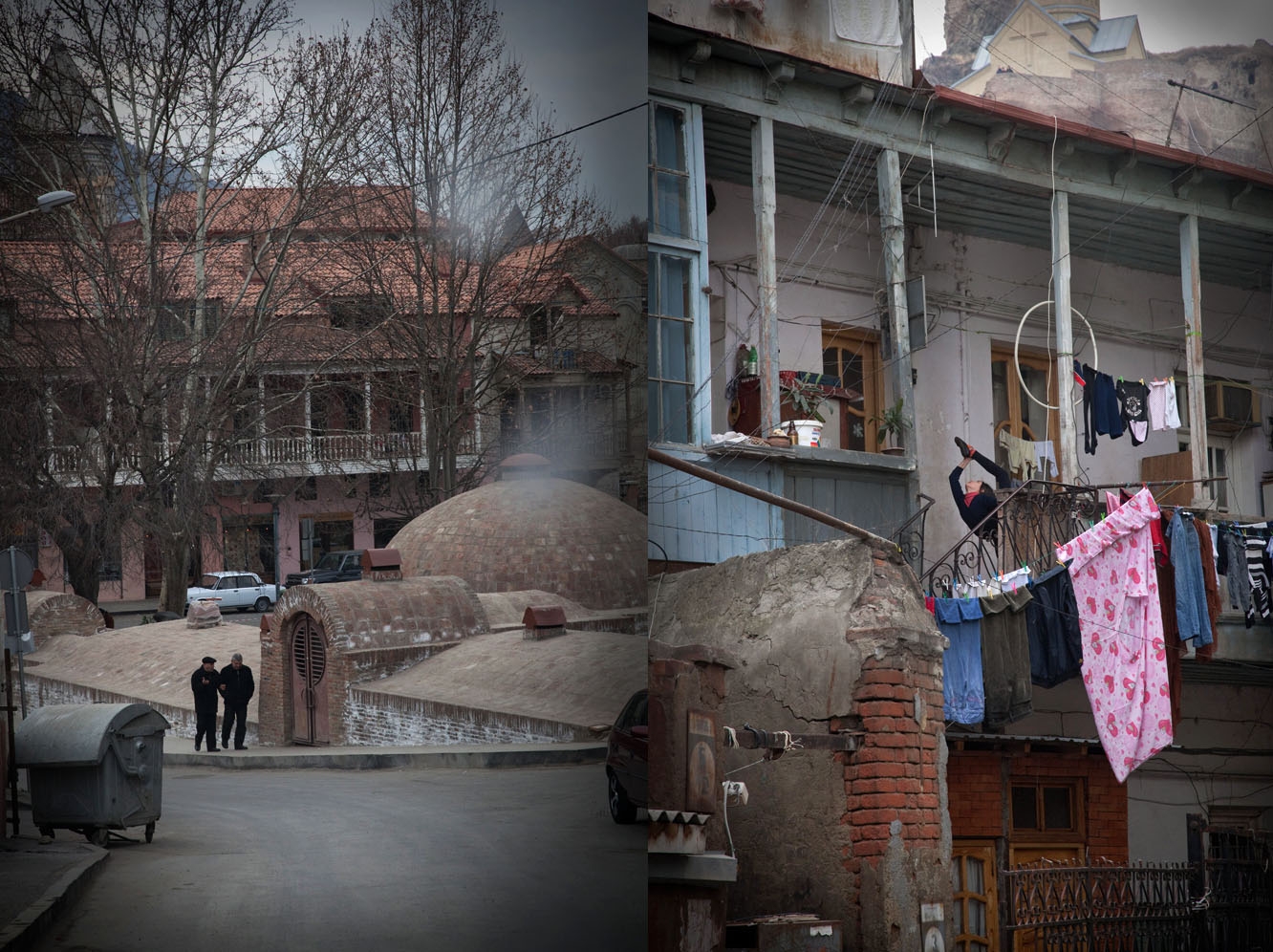 Known for its sulfuric baths, Abanotubani, literally "bath district," is the oldest district in Tbilisi. 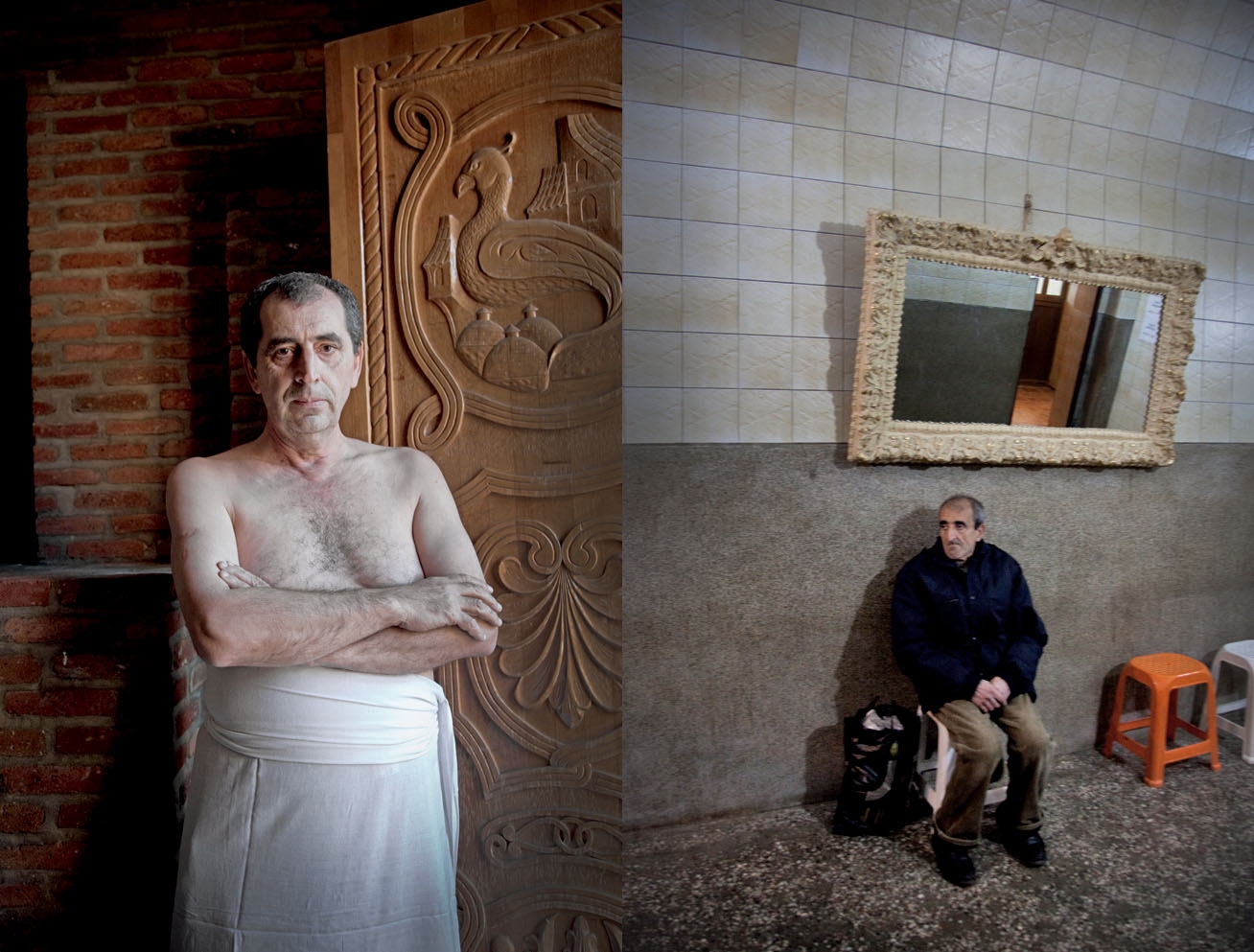 Masseur Rashid Mamedov works at bath house No. 5 (l), one of the oldest. A man waits his turn to enter the bathhouse. 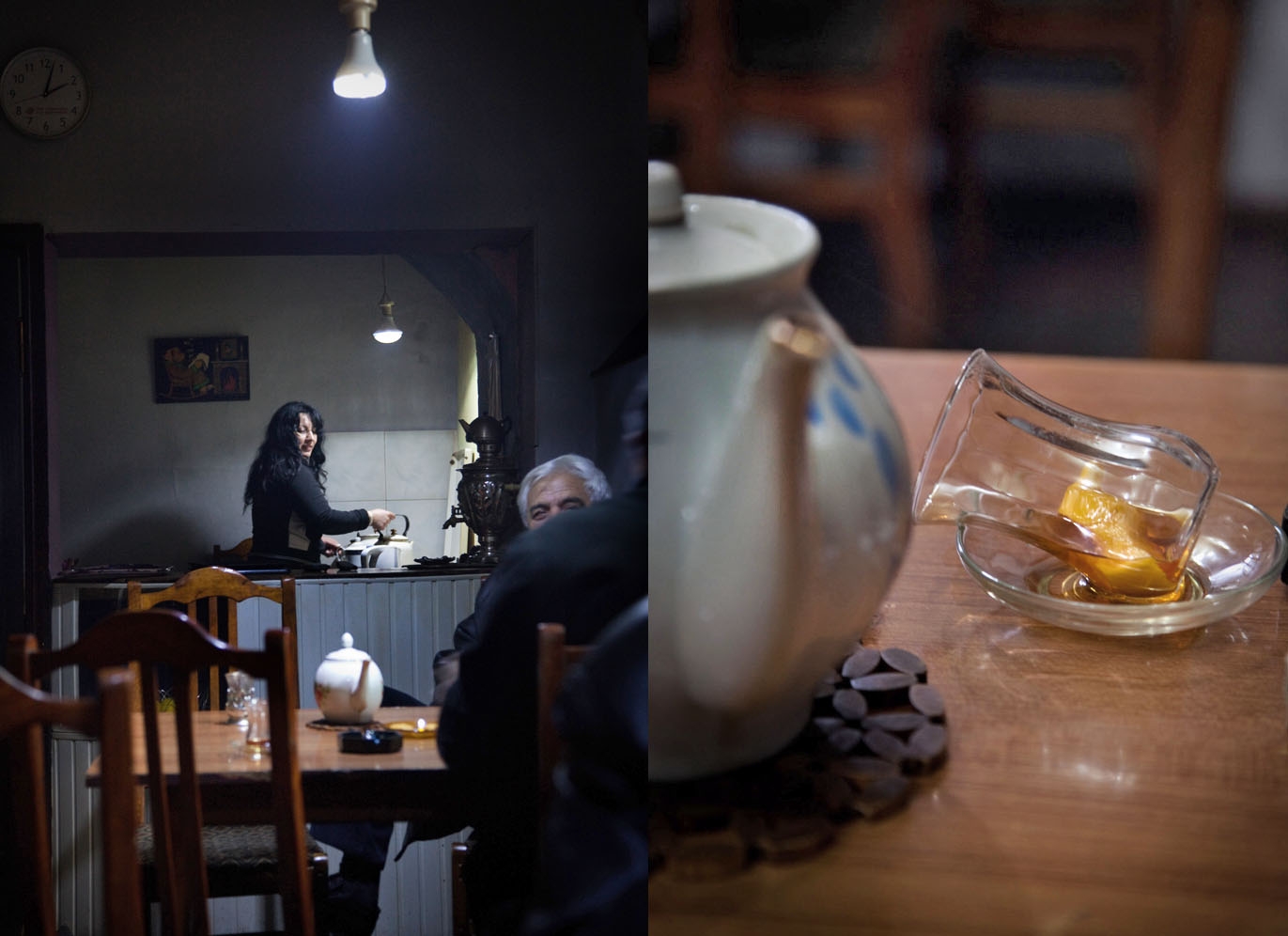 Tea houses for locals once blanketed the district. Only one remains. 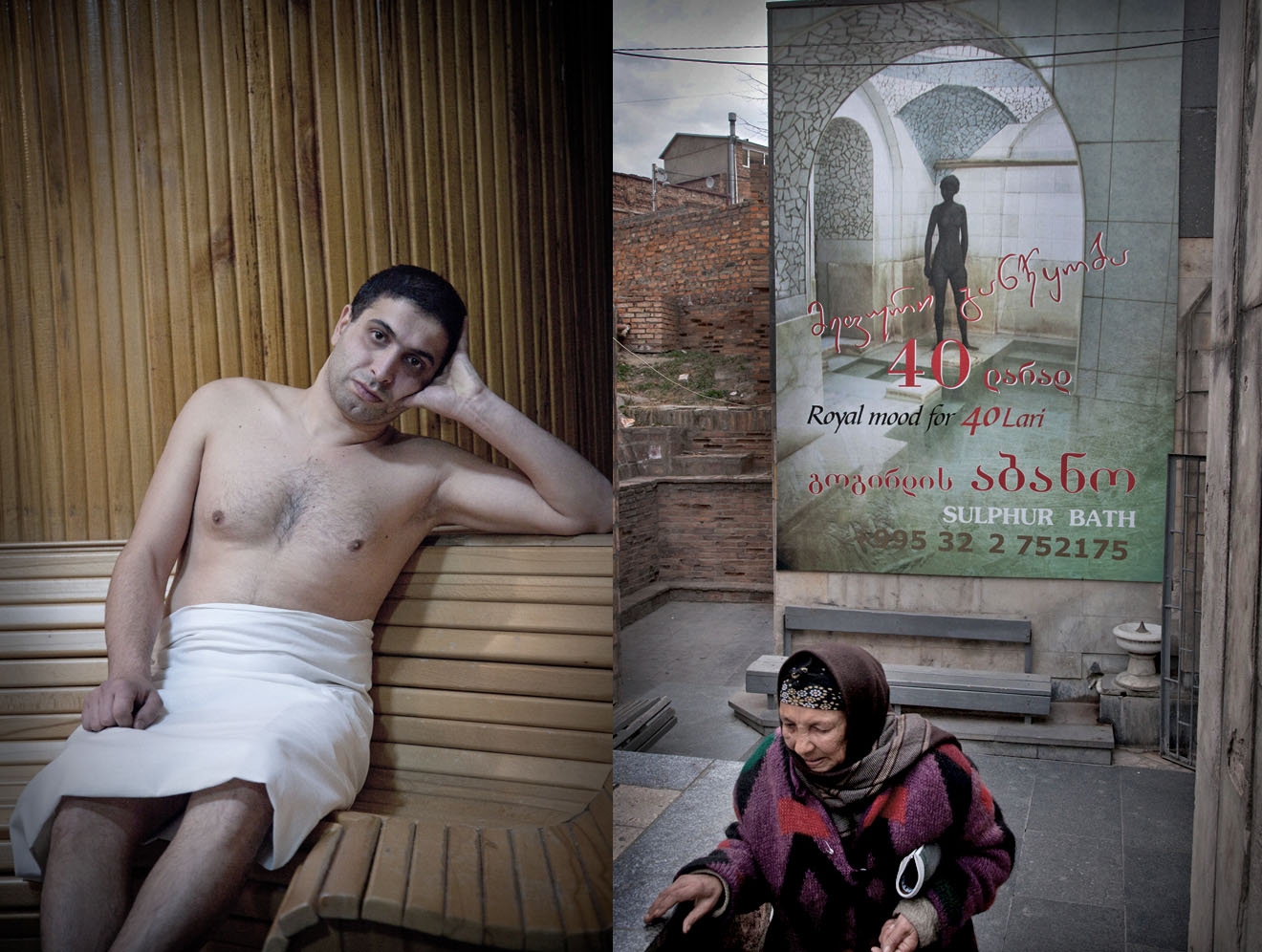 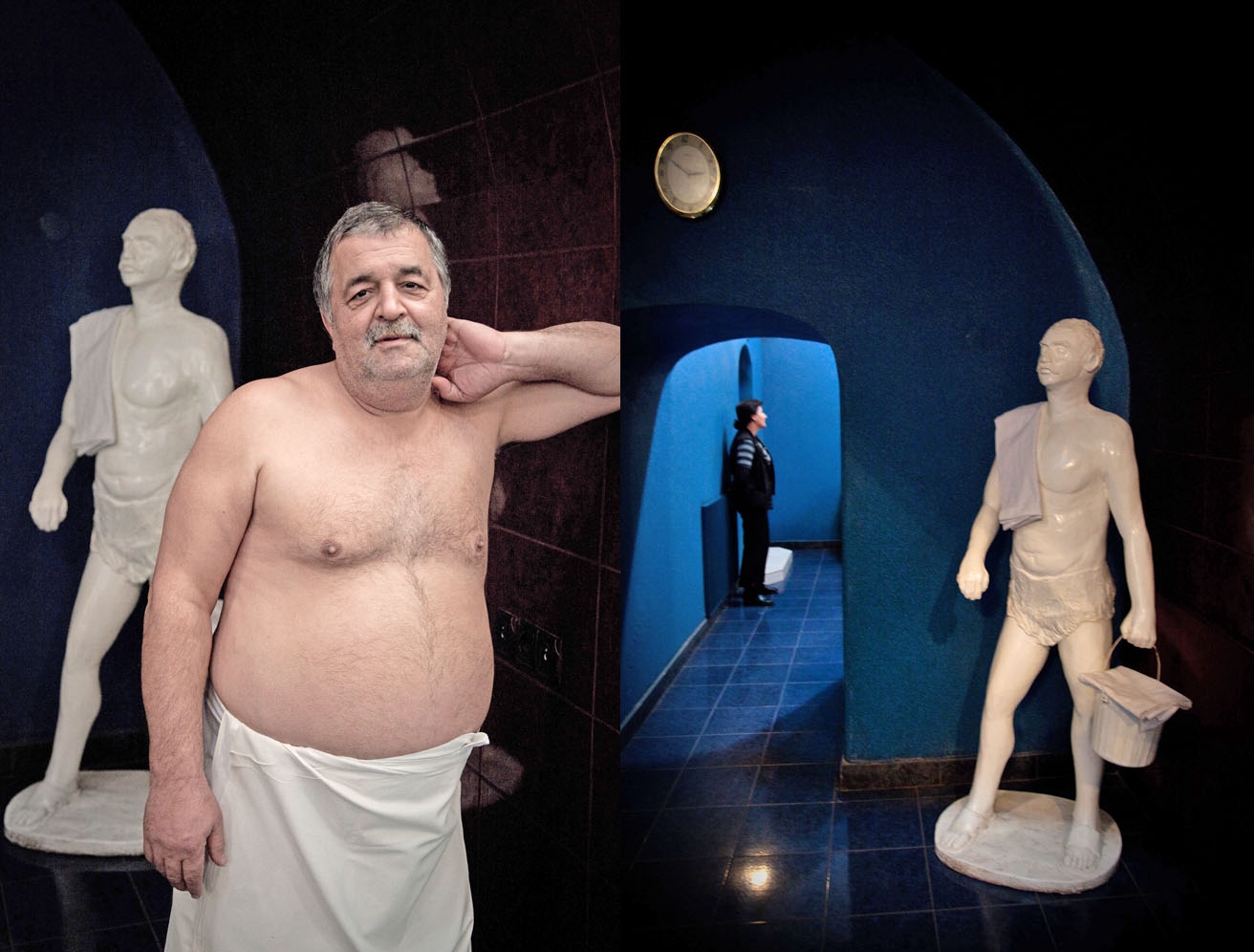 Masseur Aleksander Allahivedov works at the bathhouse Royal (l). A sculpture of a masseur welcomes clients into a bathhouse.
prev
next

It might not be Tbilisi’s oldest legitimate profession, but, arguably, it is its most idiosyncratic. And there are signs it may be dying out, for few people are interested in becoming masseurs in Abanotubani, Tbilisi’s legendary bathhouse district.

“There is a different mentality today. They seem to be ashamed of the body,” masseur Roma Nazarian, who was taught to massage by his grandfather 25 years ago, said of modern-day bathers. “They just soak and leave.”

It wasn’t always so.

With its dome-shaped bathhouse roofs and the tiled facade of the Orbeliani baths, no neighborhood is more representative of the Georgian capital than Abanotubani, where legend has it that Tbilisi was born. In the 5th century, King Vakhtang Gorgasali found his hunting falcon being poached in the same sulfuric waters that feed today’s bathhouses. Dazzled by the waters, the king ordered his capital moved to the spot, which he named Tbilisi, based on the Georgian word “tbili,” or “warm.”

Documentation of the hot springs goes back to the 10th century when an Arab geographer, Abu Dulaf, noted in his diary that "the water in Tbilisi boils without fire,” but recent archeological excavations indicate an even earlier settlement -- Roman-style baths with plumbing that date to the 1st century.

The baths were a tradition that quickly caught on, helped by the city’s historic position at the epicenter of the Old Silk Road. By the 13th century, there were 63 baths in the area, according to Tbilisi historian Tsira Elisashvili. In the early 19th century, Russian visitors described 10, about the same number that exist today.

The Abanotubani baths are built along Persian traditions, but unlike the water in Persian baths, which are manually heated, the water in Tbilisi comes from the earth from between 75 and 107 degrees Fahrenheit. Massage techniques also follow Persian styles, although only one masseur, 30-year-old Ramaz Babaian, still walks on bathers’ backs, a technique he learned from his grandfather.

“When I was little, my grandfather used to bathe me and I used to watch him massage people. I liked it and learned where the nerve endings were, how to walk on the spine to get the circulation moving,” Babaian recounted.

A first-class bath in Tbilisi starts with a long soak, followed by a rigorous massage on a slab of marble. The masseur (or masseuse) then uses a coarse woolen mitten to remove layers of old, dirty skin off the body. Next, he (or she) rubs a soothing coat of satiny suds into the exfoliated skin and then pours buckets of hot water over the body to rinse it.

Two of Tbilisi’s most renowned bathers were Russian poet Alexander Pushkin and the French writer Alexandre Dumas, who praised the baths as “luxurious,” and described a bathing ritual not unlike that of today.

No formal training exists for masseurs; the vocation, usually not the domain of ethnic Georgians, has been handed down from generation to generation. But, these days, nobody wants to learn, masseurs say.

Business in the Tbilisi baths has decreased over the years because most people now have bathrooms in their homes and young people are less interested in getting massaged, masseur Nazarian said. With the dwindling customer demand comes dwindling desire to learn what can prove a trying trade.

“The work as such is not hard, but breathing the sulfur for ten hours a day isn’t so good,” conceded Rashid Mamedov, a 59-year-old masseur at the 286-year-old Bathhouse #5, Tbilisi’s oldest bath.

One tradition that has all but disappeared is the “bride check.” Zohrav Mamedov, a 46 year-old masseur at the Orlebiani baths, recalls how it was common for potential brides to be met at the baths by a prospective mother-in-law and aunt-in-law, who, under the cover of the steamy baths, would examine the girl’s body for defects.

“It was hush-hush. They don’t do that anymore, Tbilisi people,” Mamedov continued. “They might still come from the regions to do that, but young people today have other ways; like the Internet.”

Other changes are in the works as well. Abanotubani is a predominately ethnic Azeri district and the gentrification of Tbilisi’s Old Town is making its mark on the neighborhood’s traditional lifestyles. While newly constructed and renovated buildings are replacing crumbling structures, upscale cafes and restaurants have pushed out old mom-and-pop establishments.

Nazarian says there used to be half a dozen teahouses scattered around the baths. Now there is one.

Nano Zazanashvili, office manger for Tiflisi Hamkari, a local cultural heritage preservation non-governmental organization, fears the Old Town revitalization program threatens the identity of Abanotubani. “The new buildings are not authentic. They’re made of concrete and reinforced concrete and the bricks are decorative. They’re imitations,” she complained. Nobody knows who will move into these new buildings, Zazanashvili added; a reality that will also affect the individuality of the neighborhood, as it displaces the existing social network.

But masseur Rashid Mamedov, a lifetime Abanotubani resident, takes a long-term view. As long as there is someone who needs a job in Tbilisi, there will always be masseurs in the Tbilisi baths, he reasons.

"The youth are not very interested in this kind of work, “ Mamedov said, “but if you were jobless, you’d come and do this work to save the family.”