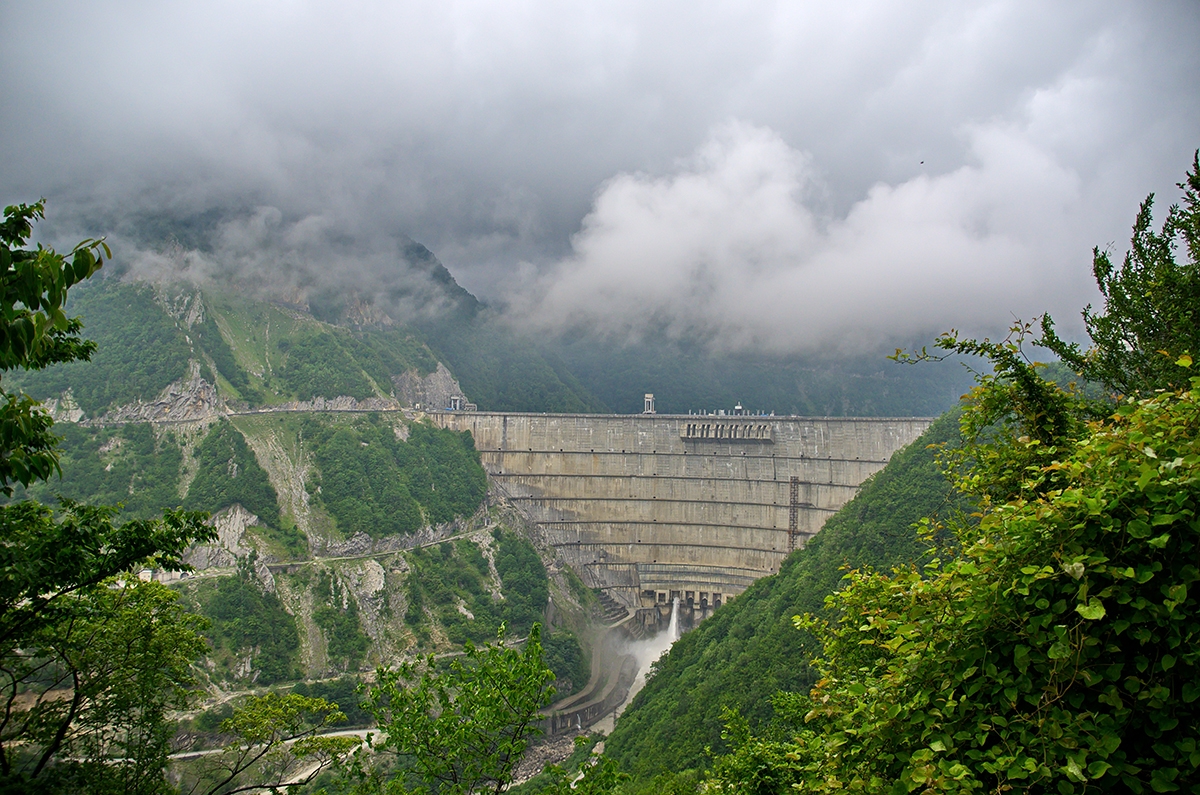 “Does anyone know what just happened in Armenia?” Tim Gick, CEO of the Tbilisi-based cryptocurrency startup Spotcoin asks the group, referring to grassroots protests that toppled longtime leader Serzh Sargsyan days before. “A decentralized, peaceful revolution. Exactly like we’re here to discuss.”

The Black Sea Blockchain Summit is part of Spotcoin’s ambitious plans to raise awareness in the Caucasus of the potential of blockchain technology. And Georgia’s authorities are taking note.

For Georgia, the claim isn’t hyperbole.

Tbilisi in recent years has positioned itself as one of the world’s blockchain pioneers. In April 2016, the government, partnering with cryptocurrency technology firm BitFury, launched a project to register land titles on a blockchain. The system stores land deeds on a private server, with their unique ID codes uploaded to multiple public databases to ensure transparency. Any change to the original document would alter one copy of the public code, alerting users to the discrepancy.

Georgia was the first country to implement such a system.

“Blockchain advantages countries like Georgia because they don’t have well-entrenched political systems,” says Sean Mulcahey, a former U.S. Army colonel who is heading Spotcoin’s new Black Sea Blockchain Institute. The Tbilisi summit is in part a primer for the institute's launch. The company hopes to promote the technology in the Black Sea region and train government bureaucrats and local business leaders to understand how blockchain works and support its development.

A blockchain, also known as a distributed ledger, is a database controlled not by a single actor such as a government or a bank, but by computers around the globe all working simultaneously to update the ledger – to build more blocks on the chain. This decentralization ensures an entry can’t be changed or faked because the record will not match the rest.

All those computers use a lot of power. Georgia’s cheap electricity is what makes the country attractive to blockchain investors.

Bitfury, the company behind Georgia’s land registry, has a large presence in the country. According to its own estimates it consumes the same amount of electricity as 10 percent of the country’s population, or double that used by Georgian Railways. Some Georgians are concerned that the state is subsiding the company with little benefit to ordinary people.

Georgia is also incubating some more avant-garde uses for the blockchain.

“With the invention of blockchain, you can start to think bigger,” says Zurab Japaridze, chairman of Georgia’s libertarian Girchi – New Political Center party. “In theory, we could be the first state in the world to completely transfer all state assets to private citizens.”

His party is in talks with programmers to design their own private-property ledger, Japaridze tells Eurasianet.

“We want to create a parallel ledger separate from the state one,” he explains. “Then, using a cryptocurrency issued by Girchi, we would sell all land registered as state property to anyone who signs up to join our digital market.”

The ledger would cover property from agricultural land to mountains and lakes. When users sign up they would be issued a specific number of tokens – everyone receives the same number – and these could be exchanged for land auctioned in their system. Users could keep buying and selling, or even trade Georgian lari for their friends’ or grandparents’ digital tokens to buy more property.

“It’s a game,” says Japaridze. “But we believe it can become a serious political demand with the potential to create a new class of property owners.”

Others in the industry are less convinced.

“Crypto cowboys see blockchain as a panacea for everything,” Mulcahey says. “Blockchain is not going to overthrow banks and governments, but they’re going to have to change the very way they operate.”

The need for streamlining Georgia’s property records is serious, with only 25 percent of the country’s land officially registered.

Property disputes are not uncommon. In the chaos that followed the fall of the Soviet Union, most homes and farmland were left unregistered. Many assets were plundered by the well-connected. It wasn’t until 2007, after the government instituted a digital record of land ownership, that the situation began to improve.

Under this system, which was replaced by the blockchain system starting in 2016, buying or selling land would take one to four days and required people to go to a registry office and pay up to $80 – a large sum in a country with an average monthly wage of $410. But for all the talk of reduced costs and streamlined bureaucracy, the blockchain system has had little impact so far on either the timeframe for registering land or the cost.

And disputes between citizens and the government persist. In the village of Didi Lilo, local residents pooled together resources to buy land in the village sold at auction in 2006. When they tried to register on the digital database in 2010, they were surprised to find that the plot had already been registered as state property.

After the land was fenced off and turned into a garbage dump, residents went to court to challenge the government. The villagers won their case in March 2017, but the two sides have not yet agreed on compensation and the land is now unfit for farming.

“Such disputes are less likely with a blockchain-based system,” says Gocha Tutberidze, a professor at Tbilisi’s European University and a former regulatory official for Georgia’s central bank. “It brings a high degree of transparency into the registry process.”

Since the land-registry project was implemented in 2016, nearly 1.3 million documents have been uploaded, according to Georgia’s National Agency of Public Registration (NAPR).

NAPR is also looking to add business registry and smart contracts (programmable contracts that self-execute when certain conditions are met) to the blockchain registry.

But while the technology has the potential to improve notary services, there are still no processes in place to verify the legitimacy of the original data – the contracts – they contain, notes Tamar Menteshashvili, a blockchain researcher and former adviser to the NAPR: Were there to be a dispute about the legitimacy of those contracts, “the property owner would face an uphill battle under existing Georgian law.”

Tutberidze of the European University says that while there are reasons for concern – just as there are during the development stages of every piece of new technology – the advantages outweigh the risks.

“The Luddites smashed machines during the Industrial Revolution but history was against them,” he says. “For better or worse, blockchain is here to stay.”