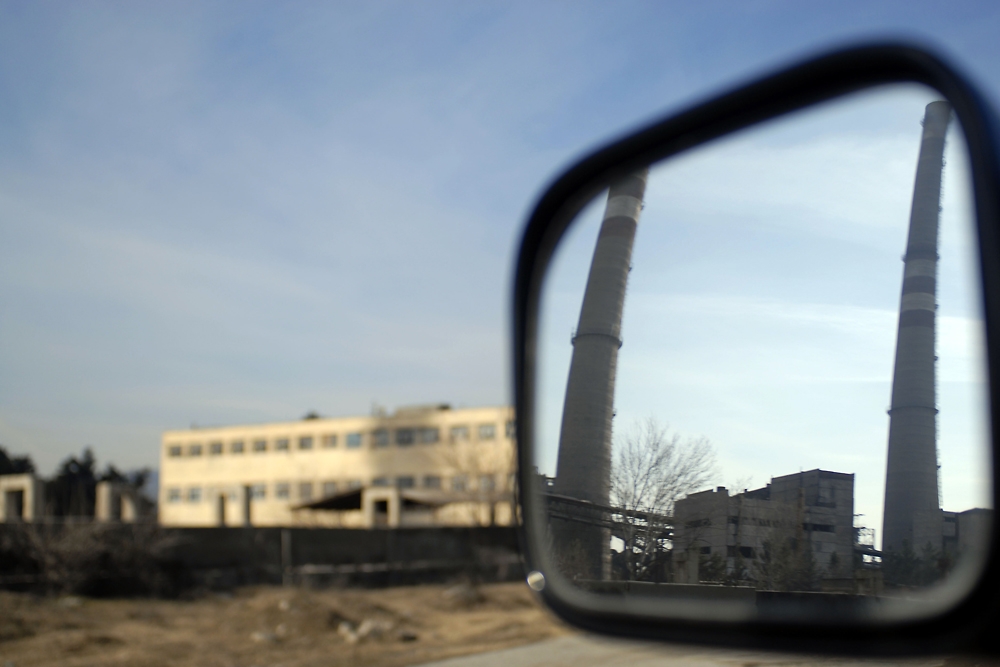 By creating loopholes in environmental legislation, is President Mikheil Saakashvili’s administration making a deal with the devil?

Under amendments adopted in March to Georgia’s environmental protection law, companies with a past record of environmental transgressions – covering everything from contaminating the Black Sea to air pollution – can receive amnesty in exchange for scheduled payments to Georgia’s state budget. The Ministry of Energy, which oversees environmental policy, will decide on requests for amnesty on a case-by-case basis. Payment schedules will vary.

At least one mining interest has already taken the Georgian government up on the offer.
In May, Madneuli JSC, the country’s largest mining company, and Quartzite Ltd – both at that time owned by GeoProMining – agreed to a 13-million-lari ($8 million) payment for violations of environmental regulations since April 1994. The deal kicked off this month with a transfer of 382,576 laris ($234,700), and will end with a final payment of 840,909 laris ($519,000) in 2014, according to a copy of the agreement obtained by EurasiaNet.org.

Outraged by the amnesty program, some Georgian environmentalists charge that the 13 million laris are a mere fraction of what the government could have collected via fines.
The Ministry of Energy was not available for comment. Madneuli and Quartzite were sold earlier in June and their respective press departments also did not respond to interview requests.

Without clear conditions for the agreements or guarantees of equal application to every Georgian company, the deals, made at the government’s discretion, could turn environmental protection into a game of politics, fears Lia Todua, an environmental specialist at the Center for Strategic Research and Development of Georgia in Tbilisi.

“You can do whatever you want – you can punish for environmental violations those you don’t like and you can declare [someone else] clean,” Todua said. “It turns environmental protection into an absolutely different kind of tool, and it has nothing to do with the environment anymore.”

Officials, ever eager to promote Georgia as investor friendly, maintain that the amnesties provide a pragmatic way for companies to make amends for past violations without going out of business. No information about the size of recent environmental fines was immediately available.

An executive at an exploratory company for mining projects, however, agreed that businesses will see the eco-deals as a bonus. Given the haziness of Soviet-era records, disputing an environmental fine in court is “almost impossible,” and could require a legal process that “would take decades,” said Alexander Tvalchrelidze, deputy general director of Georgian Minerals. “This approach is better.”

Other Georgian companies did not respond to interview requests in time for publication.
Environmentalists charge the amnesties give businesses carte blanche over the country’s natural resources, enabling polluters to haggle over the price of fresh air, clean water and usable soil.

After an increase in environmental fines in December 2011, the eco-deals are a step backward for Georgia’s environment, argued Manana Kochladze, the Caucasus coordinator for the Prague-based CEE Bankwatch Network, a non-governmental organization that promotes sustainable development in Central and Eastern Europe. “[I]t really shows that since the Ministry of Energy [took over the natural resources portfolio in 2011] … natural resource [allocation] is the major course [for government policy]; not protection,” Kochladze asserted.

A Ministry of Energy statement about the draft amendments noted that companies would still be monitored for compliance with environmental regulations. But the final wording of the legislation does not clearly address the compliance issue. Nor does it specify the time period for “past” violations.

The amnesty program follows a year of amendments that include allowing hunters to target Georgia’s endangered species and removing large parcels of land from natural parks for infrastructure projects.

Critics have tagged financial incentives as the reason for such changes, but, in an interview with EurasiaNet.org, tax ombudsman Giorgi Pertaia underlined that “[e]veryone agrees” in the Georgian government that penalties and fines should not be viewed as a way to increase the state budget.

The government’s 13-million-lari amnesty deal with Madneuli and Quartzite is a tiny addition to the 2012 state budget of 7 billion lari ($4.3 billion). But it could come in handy as incumbent authorities gear up for the 2012 parliamentary and 2013 presidential elections and a 25-percent increase in pensions this September for the country’s 826,800 retirees.

Aside from its ongoing emphasis on military and education reforms, the country also has recently embarked on a series of ambitious construction projects – ranging from the new parliament and airport in Kutaisi to infrastructure preparation for Lazika, a proposed new city on Georgia’s Black Sea coast – that will require robust funding in the immediate future.

Tax ombudsman Pertaia said his office has been monitoring the process and claimed that there are no signs that the government is misusing the agreements. Based on past experience with the Ministry of Energy, he maintained, “this law will be implemented very, very objectively.”