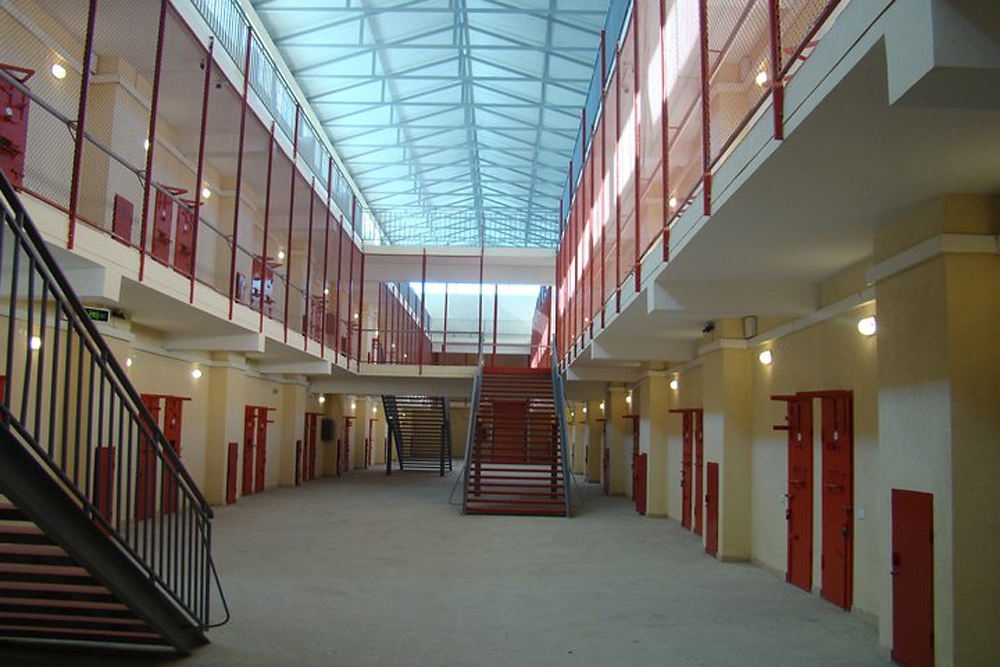 Several grams of marijuana can put a person in Georgia behind bars from seven to 14 years, while a convicted rapist only faces a maximum of six years. (Photo: Georgia Ministry of Corrections)

Georgia has held transparent elections and it has pledged to create an independent court system and to honor media rights. But when it comes to government policy on illegal narcotics, the South Caucasus country is still not ready for European integration, experts contend.

In Georgia, as in many other formerly Soviet republics, drug laws focus primarily on the prosecution and punishment of users, rather than on treatment or prevention. In much of the European Union, the approach toward illegal narcotics use is more integrated.

The differences could become more pronounced once Tbilisi signs an agreement on closer long-term ties with the European Union -- a deal often cast as a major step toward eventual membership.  The association agreement is slated to be signed on June 27.

Last June, Justice Minister Tea Tsulukiani conceded to reporters that Georgia has a “repressive machine to deal with drugs.” At the November 2013 signing of the EU’s Vilnius Agreement on cooperative measures, she pledged to “reallocate resources from the ineffective prosecution and punishment of drug users to effective prevention and treatment.”

As of yet, though, that hasn’t happened.

According to a study by drug-policy-reform advocates Alternative Georgia, a mere 5 percent of the country’s approximate 45,000 drug addicts have access to treatment. The country’s sole detoxification center - a one-month, free program located in the capital, Tbilisi -- can only accommodate 23 patients.

A methadone-substitution therapy program covers 1,300 patients in eight towns nationwide, and the government now pays for monthly treatment (110 laris or $62.14) for a quarter of the patients. But beyond that, the options are few. And the government’s effort insufficient, drug-reform advocates say.

“There is no huge investment in treatment,” said Levan Baramidze, a former director of the Ministry of Health’s drug addiction center who assisted initial planning for reforms to bring Georgia’s drug laws into compliance with EU standards.  Baramidze attributes the shortfall in funding to a lack of understanding about why treatment should be increased.

Punishment, on the other hand, appears to be a moneymaker for the government. Under current laws, using any narcotic without a doctor’s prescription is punishable by a first-time fine of 500 lari ($280), nearly half of the average per-capita monthly income in Georgia. The penalty for being convicted more than once within the same year is 2,000 lari, ($1,125) or one-year in jail.

In 2007, the latest year for which data is available, drug-related fines generated 30 million lari ($16.9 million) for the state budget, according to a report by the Beckley Foundation Drug Policy Programme, a United-Kingdom-based research center.

Court judgments for drug-use offenses mostly rely on urine tests administered by the Ministry of Internal Affairs. “Police can detain anybody and force them to take a urine test. It’s a tool that terrorizes the population,” claimed Paata Sabelshvili, a programs manager at the Tbilisi-based Harm Reduction Network, a group of non-governmental organizations that advocate the use of public-health policies to reduce drug abuse.

Several grams of marijuana can put a person in Georgia behind bars from seven to 14 years, while a convicted rapist only faces a maximum of six years. No distinction is made between possession of drugs for personal use and for trafficking.

Supporters of these zero-tolerance measures, introduced under former President Mikheil Saakashvili, argue that they have reduced drug use. Imports of heroin, opium and Subutex largely have stopped.

But the Curatio International Foundation, an international NGO specializing in health-system reform, estimates that the number of problematic drug users actually has increased -- by 12.5 percent between 2009 and 2012 to 45,000 individuals.

Simultaneously, reports indicate that use of Krokodil, a vicious, injectable cocktail of readily available products such as gasoline, drain-cleaner and over-the-counter codeine medicines, has increased.

No measures exist to tackle such trends. The government in December 2013 adopted recommendations from an intra-ministerial council chaired by Justice Minister Tsulukiani to address illegal drug-use via prevention and treatment, as well as punishment. For now, those recommendations remain only on paper.

The proposed changes, contained in a National Drug Strategy and a two-year National Action Plan on Drugs, include making the use of illegal drugs an administrative, rather than a criminal offense; increasing funding for drug-addiction treatment and conducting public information campaigns. No legislation has been passed, however, to turn these proposals into reality.

Some critics put that inactivity down to a lack of interest among officials. The government’s recommendations came at the behest of the EU before it would liberalize visa requirements for Georgian citizens. Deputy Justice Minister Gocha Lordkipanidze stressed that the recommendations have nothing to do with “getting a ticket to the EU.”  The government is advising changes in drug policy “to respond to the needs of the country.”

Implementation of a more integrated response to illegal drug use cannot occur overnight, he continued. “It’s not moving as fast as people would expect, but we must make these steps gradually to forge a consistent drug policy,” Lordkipanidze said.

He acknowledged that without political will, "any policy paper or strategy will remain on paper.”

One long-term opiate user on a three-month waiting list to get into Georgia’s lone detox program, hopes that the country’s leaders can muster the necessary political will soon. “I want to live,” he said. “I’m afraid to die.”

**An earlier version of this story identified Harm Reduction Network Programs Manager Paata Sabelshvili as Paata Subelashvili. His last name has been changed.