Georgian citizens seeking to join Islamic State tend to use Turkey as a transit country to reach Syria. 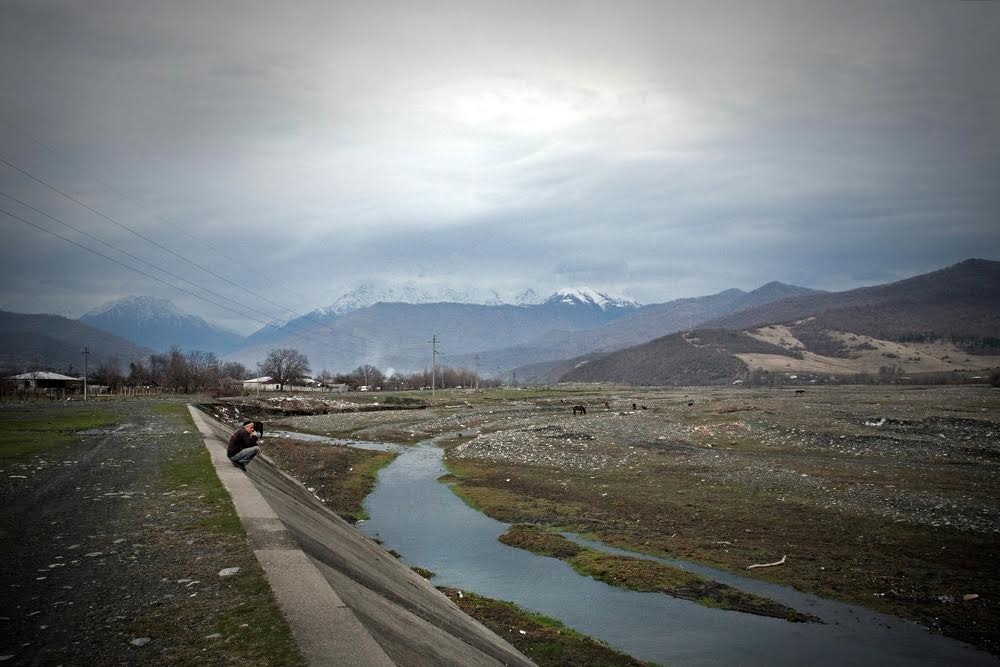 Between 50 to 200 residents of Georgia’s Pankisi Gorge, which borders Russia’s North Caucasus region of Chechnya, are suspected of joining ISIS in Syria. In addition to Pankisi, Georgia’s other Muslim-populated regions of Achara and Kvemo Kartli have also contributed fighters. (Photo: Justyna Mielnikiewicz)

Legislators in Georgia are amending laws designed to hinder Georgian citizens from joining militant groups fighting in Syria. Despite the recent step, some critics contend the government could do more to address the issue.

Georgian citizens seeking to join Islamic State tend to use Turkey as a transit country to reach Syria. No one can say for sure how many Georgians are actively engaged in Syria’s four-year-long civil war, but with Georgia expected to open a training center for the North Atlantic Treaty Organization by this fall, the issue of border security is taking on an increasingly high profile.

To date, an estimated 12 Georgians have died fighting for ISIS in Syria; the latest, 33-year-old Ibrahim Tsatiashvili, was reportedly killed in action in May. Meanwhile, media reports of women allegedly traveling to marry fighters or live in ISIS-controlled territory have surfaced in recent weeks.

The Pankisi Gorge – a poverty-stricken region of Georgia that is home to Kists, a Muslim minority – is widely believed to be the chief source of recruits. (A leading ISIS commander, Tarkhan Batirashvili, also known as Omar al-Shishani and Omar the Chechen, is a Pankisi native). But ISIS volunteers are also believed to be drawn from small Muslim communities in Achara and Kvemo Kartli, predominantly rural regions bordering Turkey and Azerbaijan, respectively.

Striving to stop the outflow of militants, Georgian lawmakers on May 29 made joining “illegal armed groups” and traveling abroad to participate in “terrorism” a criminal offense punishable by up to nine years in jail. But some officials acknowledge that such punitive measures alone will not be sufficient to prevent Georgians from going to Syria to join ISIS.

Some Georgian legislators had proposed criminalizing calls for terrorism or voicing public support for terrorism, but that provision was pulled from the anti-terrorism bill after local civil rights groups expressed concern about the consequences for freedom of speech. Deputy Interior Minister Archil Talakvadze said the government is implementing a multi-faceted policy designed to discourage potential fighters from going to Syria.

An Interior Ministry representative did not deny militant recruiters were operating in Pankisi, but noted that successful recruitment does not depend on recruiters being “on the spot.” Georgia faces “the same global challenge as other developed countries” and Georgian youngsters are “as vulnerable as the rest of Europe’s,” the Interior Ministry official wrote in an email response to questions posed by EurasiaNet.org.

Former Defense Minister Irakli Alasania, who worked in Pankisi during the 1990s for the state security service, stressed that Georgia needs to implement a comprehensive policy that diminishes ISIS’ appeal for youngsters in underdeveloped areas. “First of all, there is a social problem you have to take care of. The youth are trapped, there are no opportunities. Local and central government [bodies] should be active and I don’t see that happening,” said Alasania, who now leads the opposition Free Democrats.

Shota Utiashvili, the former head of the Interior Ministry’s analytical department under ex-President Mikheil Saakashvili, agreed. Now a senior fellow at the Tbilisi Center for Policy Analysis, Utiashvili asserted that the government “shuts its eyes” to the ISIS recruiter issue. “They think it’s not their problem,” he alleged.

The Interior Ministry official said the government is conducting “evidence-based research and analysis of intelligence data” to understand the motivations for Georgians signing on with ISIS. The official indicated that further measures are being planned to prevent “jihad travel,” including the “elaboration” of additional legislation and the “introduction of innovative technologies at border crossing points.”

Nika Samkharadze, country manager for the United Nations Development Program’s Integrated Border Management Project in Tbilisi, noted that Georgia can do little to prevent a Georgian citizen not facing criminal charges from leaving the country without violating his or her rights.

Georgians do not require visas for Turkey. “The only legal tool is preventing a minor from crossing,” Samkharadze said.

The rules already on the books are not always effective. For example, in April, two Pankisi teenagers, 16-year-old Muslim Kushtanashvili and 18-year-old Ramzan Baghakashvili, disappeared from their high school and made it to Syria to join the Islamic State. Their departure sparked outrage among Pankisi residents, who dispatched a group of elders to complain to the government.

Deputy Interior Minister Talakvadze expressed regret to EurasiaNet.org over the incident, adding that the border officer who allowed Kushtanashvili to leave has “received a stern reprimand.” An investigation is continuing, he said. Officials in Tbilisi are also wrestling with how to address risks posed by the probable return of some militants from Syria to Georgia.

Georgia has received extensive assistance from the United States and European Union on border management, and received relatively positive assessments of its procedures. But Alasania contended that while Georgia has the tools needed to prevent an outflow of Syria-bound fighters, a lack of coordination exists among law enforcement and counter terrorism agencies.