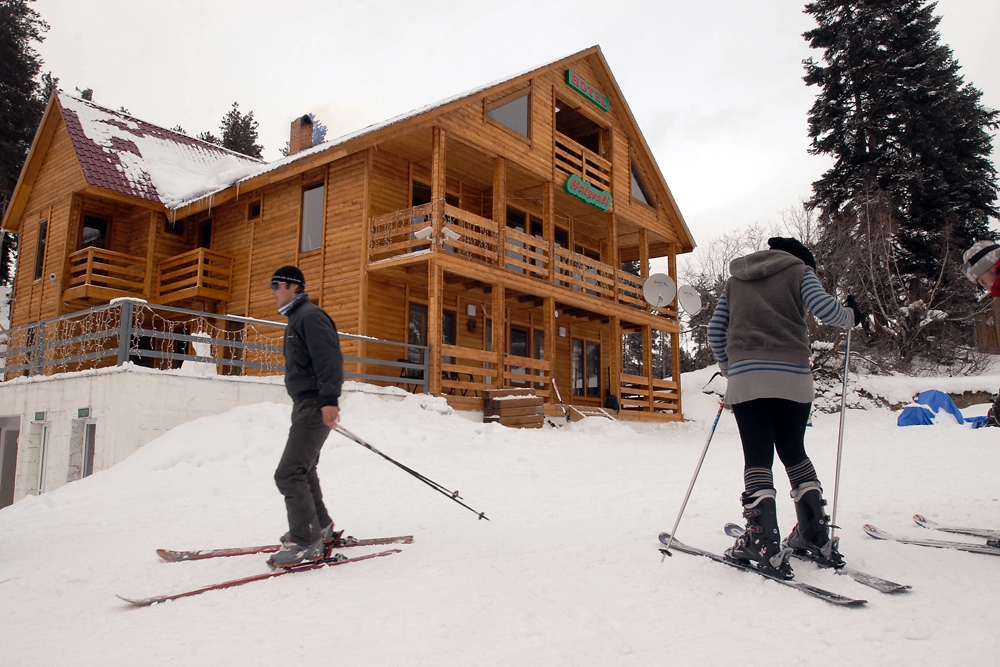 The ski run in Mestia, Hatsvali-Zuruldi, is the first of a multi-phase plan to turn the town into a summer-winter ski resort. 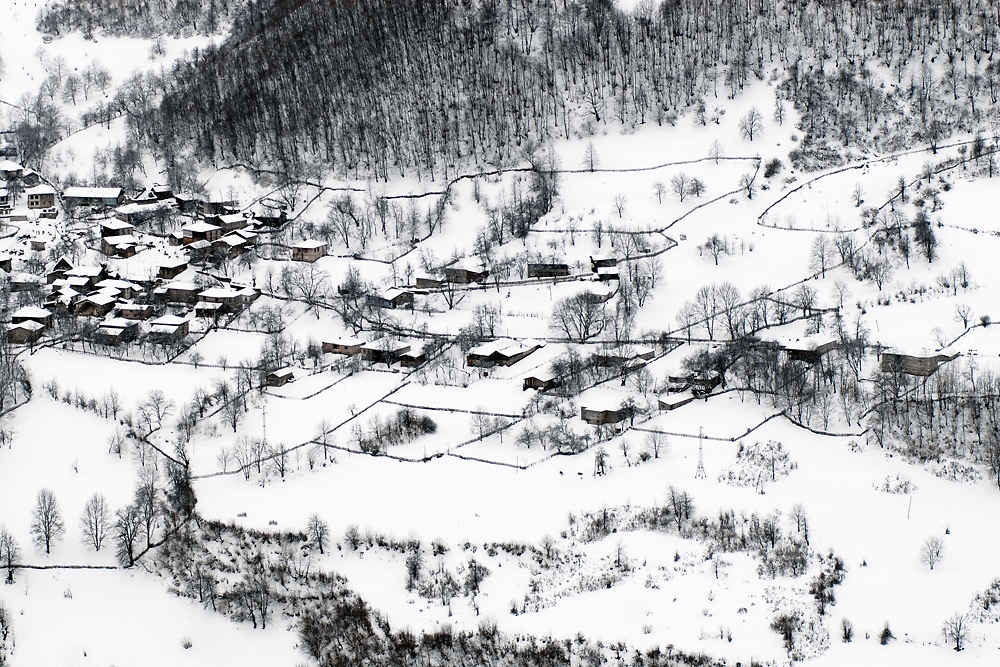 Mestia, a small, quiet village, has experienced a mini construction boom, with new hotels, guest houses and an airport. 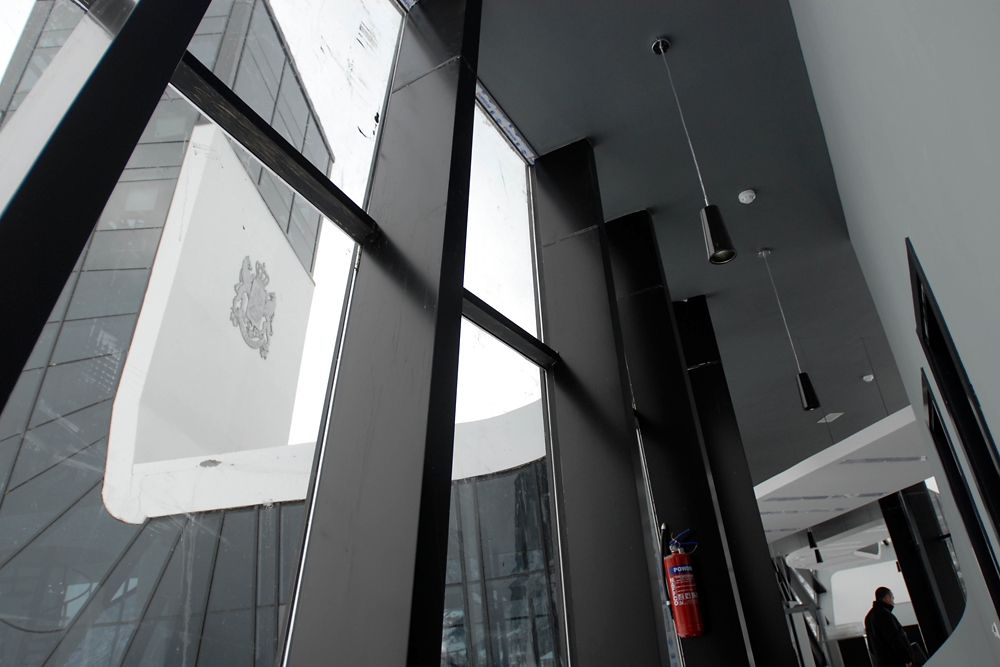 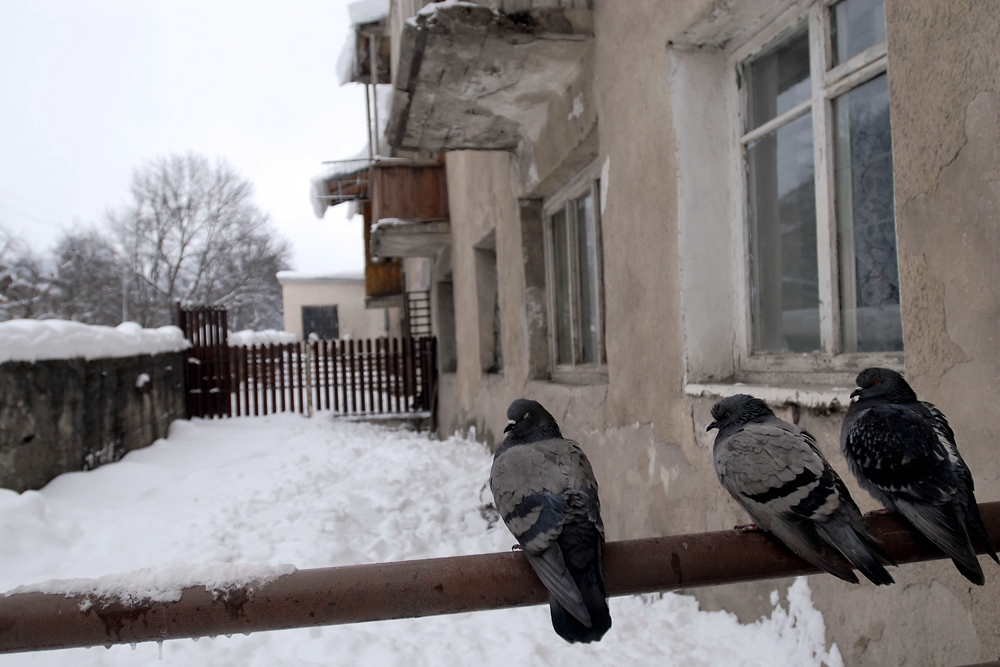 Locals are generally supportive of the resort plans. But some say attention needs to be given to the village's historic center. 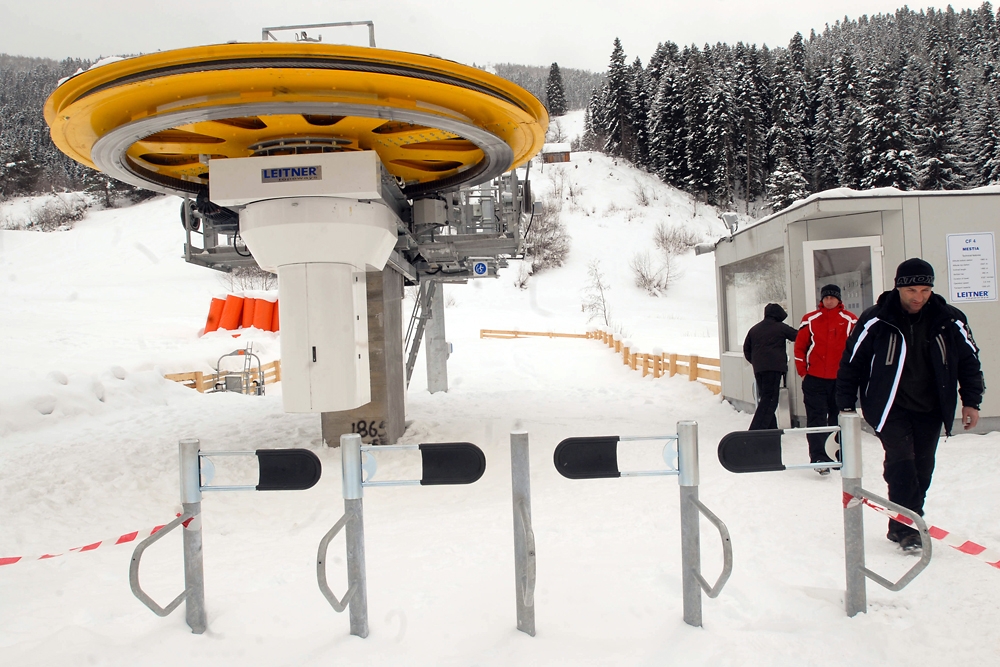 A modern ski lift, built by the Italian company Leitner-Poma, takes skiers to the top of the run. 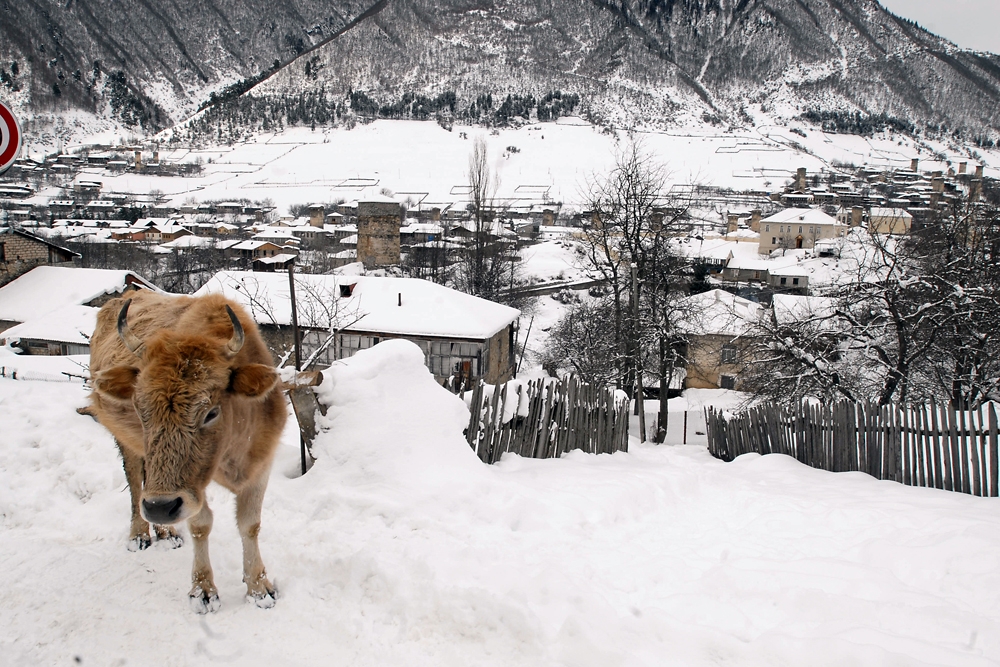 Cows outnumber tourists in Svaneti due to late snows and bad flying conditions. 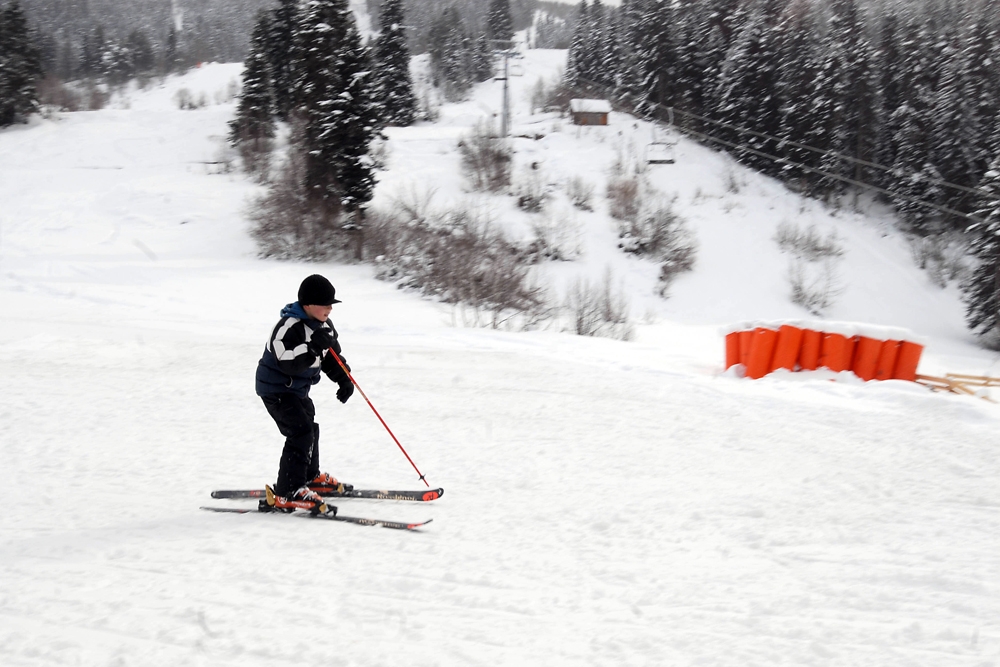 Skiers try out the new run in Mestia, called Hatsvali-Zuruldi. More runs are planned for the future. 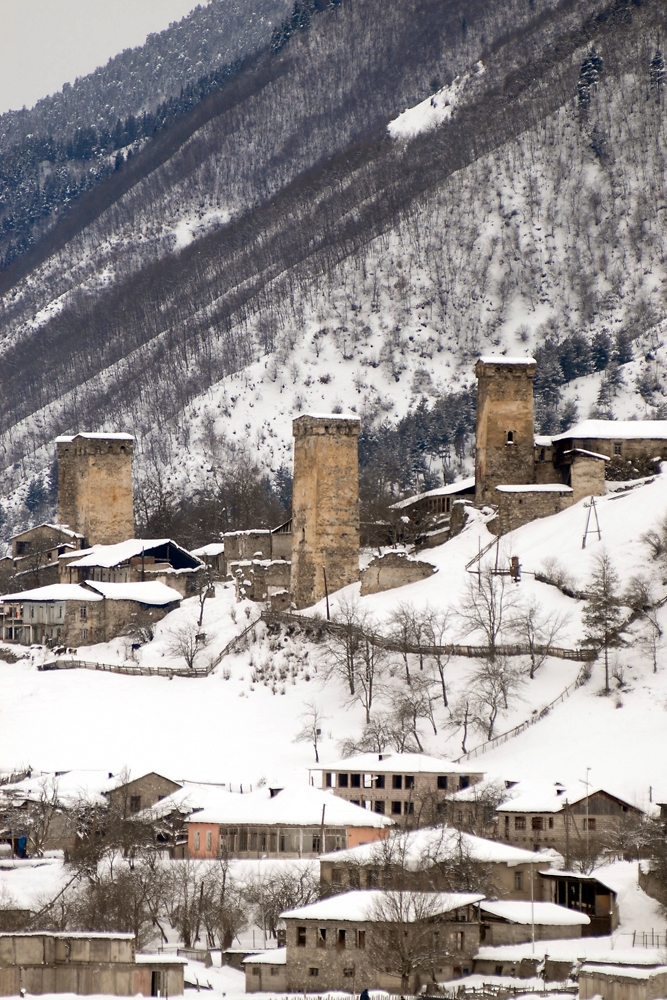 Financing from the state budget and foreign donors is being used to repair the region's famous Svan towers. 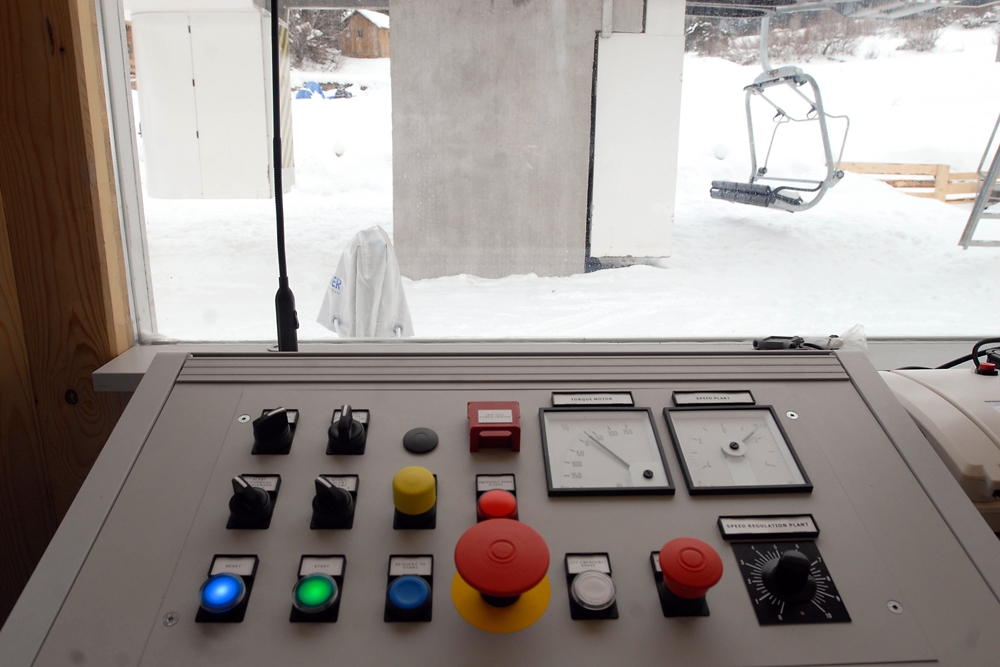 Late snow falls have tempered interest in the new run. 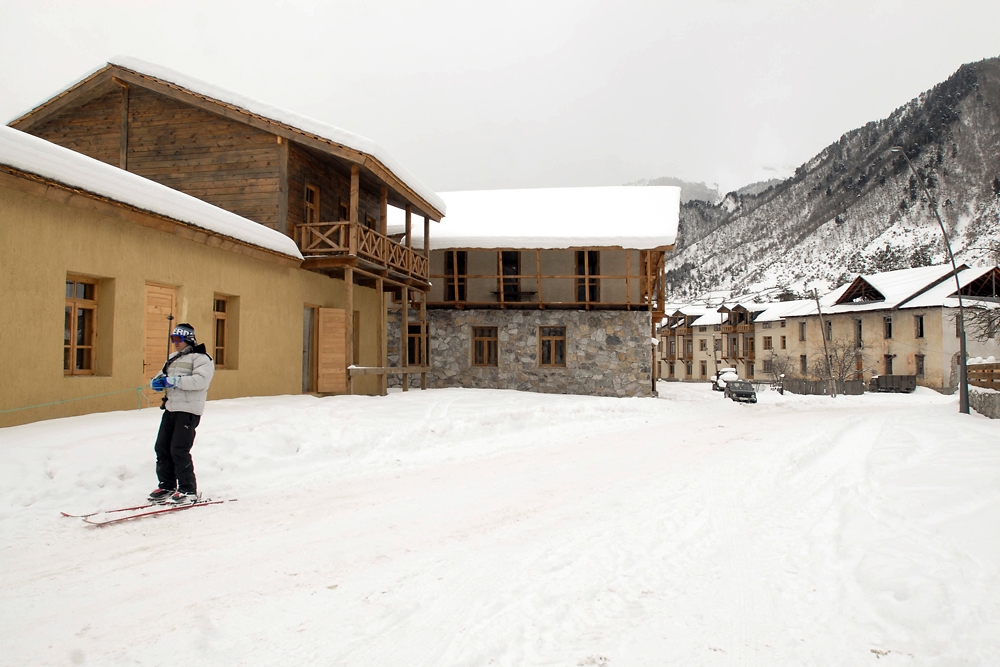 A significant effort is being made to upgrade infrastructure, such as roads, water and sewage systems and buildings. 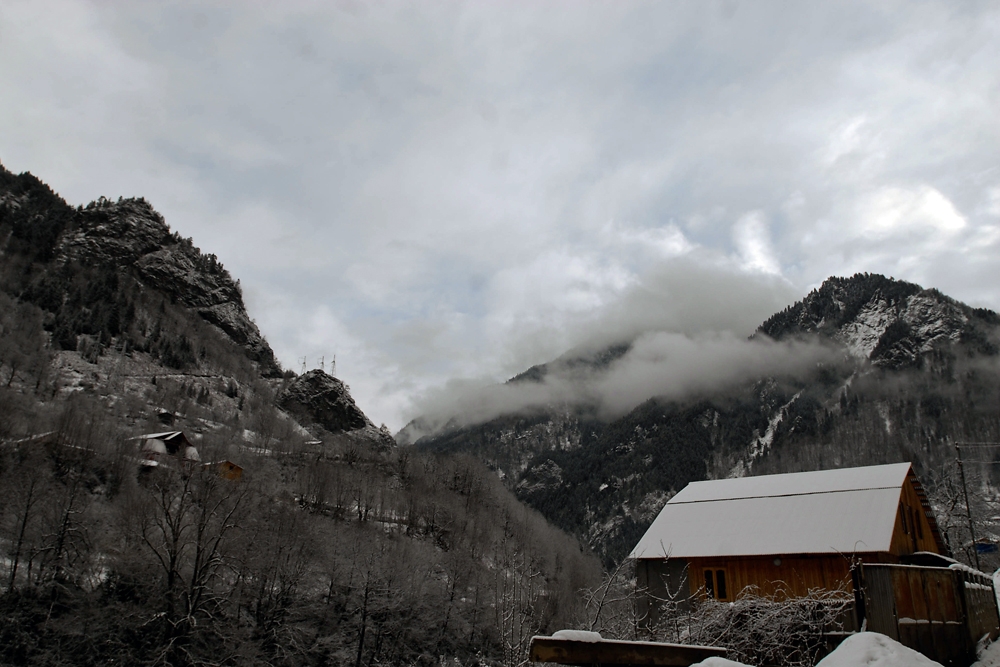 Spending on the crown jewel of the presidential ski project, Mestia, will total $145 million over 2010-2011. 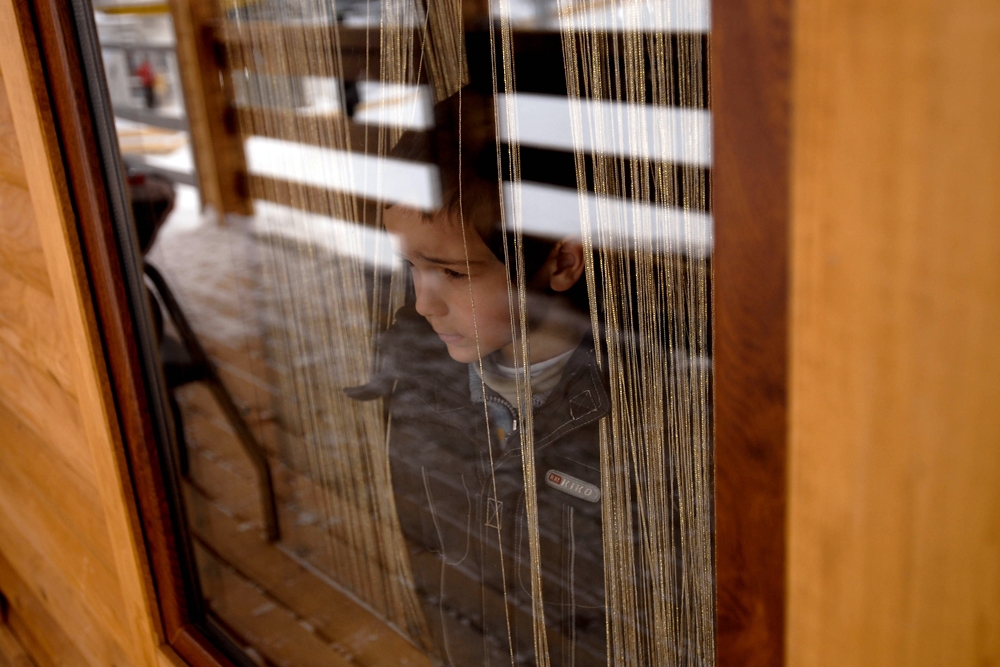 So far, a mere 200 visitors have traveled to Mestia since the beginning of the ski season in December.
prev
next

President Mikheil Saakashvili wants to turn Georgia into a skier’s paradise. For a leader who has presided over a cabinet meeting in neon green ski pants, the idea seems natural enough. But the plan’s high price tag is raising concerns that this dream is more of a vanity project than part of a sound blueprint for economic growth.

The campaign kicked off last fall in the remote high-mountain town of Mestia, the picturesque seat of the Svaneti Region that officials hope will become a year-round resort that rivals Swiss ski areas as a tourist destination.

Then, in January, with no snow on the ground in Mestia, and still no reports on sales revenue for the town’s first official ski season, plans to build a second ski resort were announced – this time, in the remote mountains of Achara, a Black Sea region south of Svaneti. In addition, officials expressed the intention to build a factory to manufacture Georgian skis.

A few weeks later, Tbilisi Mayor Givi Ugulava, a Saakashvili confidante, showed that he, too, had caught the ski bug. Work is now underway on a ski resort about 15 minutes outside of Tbilisi.

Tbilisi State University sociologist Iago Kachkachishvili, who runs regular surveys on public support for Georgian political parties, sees the government’s sudden urge to build ski resorts as the kind of big idea – like electricity, the traffic police or road construction -- that has served Saakashvili politically well in the past.

To promote his dream of economic-growth-through-skiing, the 43-year-old president has taken to holding government meetings and press briefings on the slopes, sometimes exhibiting his own downhill skills for Georgia’s ever-attendant national TV stations. Georgians “want to have more money, more goods,” Kachkachishvili said. “And Saakashvili wants, with this modernization strategy, to somehow recruit the majority of society to his side. … He wants to stay in power on the basis of his modernization activities.”

Officials maintain, though, that the ski resort campaign is based on sound public policy, not on personal preferences or politics.

In Achara, the autonomous region’s government hired the Austrian company Klenkhart and Partners to carry out a preliminary feasibility study. A similar study was ordered from a Georgian-Canadian partnership for Mestia.

Cost remains the major source of debate. Spending on the crown jewel of the presidential ski project, Mestia, will total 254 million lari ($145 million) over 2010-2011, drawn from state budgetary funds and international credits. That is more than the government plans to spend on the Ministry of Environmental Protection and the Ministry of Culture combined over the same period. Whether or not Mestia can draw the visitors needed to justify that expense remains an unanswered question.

The Georgian National Tourism Agency (GNTA) reports that a total of 56,000 skiers visited Georgia’s Soviet-era Gudauri and Bakuriani ski resorts in 2010. The agency estimates that 85 to 90 percent of the resorts’ visitors were domestic travelers. Just 8 percent of 1,730 foreign tourists polled by the GNTA in 2010 said that they had visited one of the two resorts.

Those numbers raise questions about the market size for the president’s plans. With fewer than 60,000 people visiting Georgia’s ski resorts last year, attendance might be too small to sustain the new resorts, commented Geneva-based ski industry and tourism consultant Laurent Vanat.

Ski resorts that make the international grade tend to average around 300,000 visitors per year, Vanat noted, adding that the number varies from country to country. To maintain a resort’s commercial viability, generally a minimum of half of those visitors should be from abroad, he said.

So far, a mere 200 visitors have traveled to Mestia since the beginning of the ski season in December, according to the local Tourism Information Center. A lack of snow this season has helped depress the numbers.

GNTA Deputy Chairman Beka Jakeli maintains that the agency is planning to build attendance at Georgia’s ski resorts “in balance” with capacity. “We are at the initial stage of development. I think a lot of activities should be undertaken; this is a long-term project,” said Jakeli, noting that the agency is working to make sure marketing efforts do not overtake on-the-ground capacity.

Accomplishing that objective might depend on visitors’ demands. Mestia, for instance, includes new roads, hotels, an airport and an Italian ski lift, but no official ski rental center.

So far, the low number of visitors does nothing to deflate Mestia shopkeeper Tamila Chartuliani’s optimism about the president’s ski dream. “I personally am very content that Georgians are interested in Svaneti,” Chartuliani said.  “Now everyone wants to see Svaneti and that makes me very happy.”

That, no doubt, will make Georgia’s skier-in-chief happy, too. As he instructed local officials in Achara in January; “[t]here is no reason why we cannot transform Georgia into a center of tourism, renowned throughout the world.”