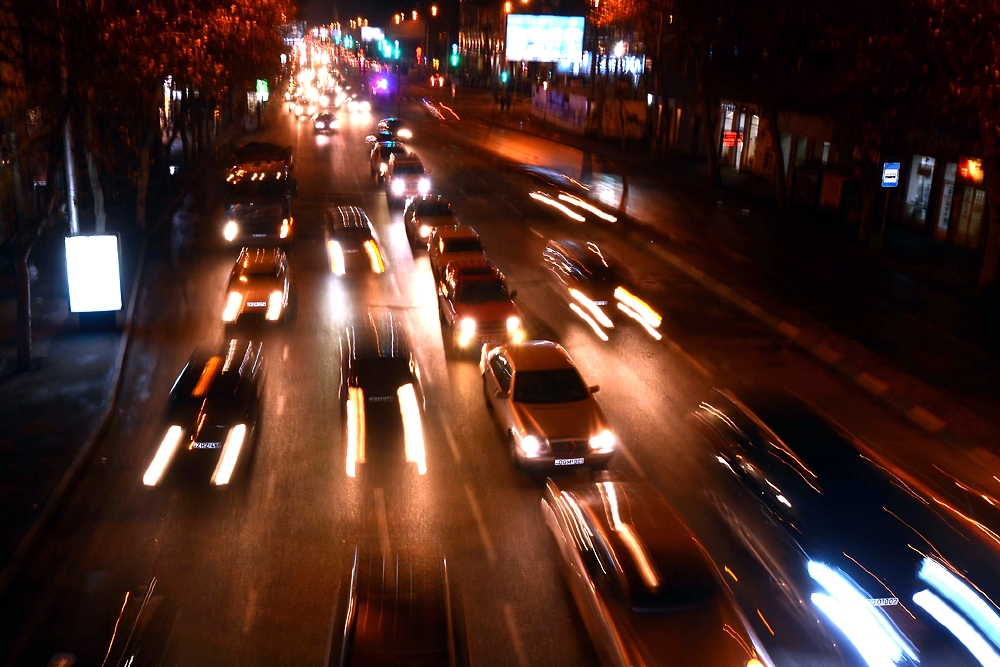 Georgia’s continued integration with the EU will require a serious overhaul of the country’s traffic rules and regulations. (Photo: Molly Corso)

Driving in Georgia can seem like something right out of a Mad Max movie. But after decades of a free-for-all road culture, Georgian motorists are being asked to discover their brakes and remember the difference between red and green.

The government’s European Union integration ambitions are acting as a catalyst for change. Strengthening road safety and driving standards are among the hundreds of EU requirements with which Tbilisi must comply once it signs an EU Association Agreement.  Georgia last November signaled its readiness to sign an association agreement, and the pact is expected to be finalized later this year.

Compliance with the EU auto safety provisions represents a particular challenge for generally lead-footed Georgians. In the country’s capital, Tbilisi, a city of just under 1.2 million people, speeding vehicles routinely careen through red lights, jockey for position against oncoming traffic, cut in lines at stoplights and straddle lanes. To cross a street, pedestrians often have to dodge traffic. Drivers park where fancy strikes.

Vehicle ownership in Georgia has exploded in the past decade. From 2006-2012, as the country’s retail economy grew and consumers’ access to credit expanded, the number of registered cars increased by a whopping 104 percent (from 415,291 to 848,956), according to official figures.

Part of the challenge is that many car owners don’t have a lot of experience behind the wheel. Machismo and a national penchant for risk-taking are additional factors contributing to the general disregard for safety regulations, commented Elene Margvelashvili, the director of “Iarit Pekhit'” [Go by Foot], a grassroots movement advocating safer road conditions for Georgian drivers and pedestrians.

Many Georgians tend to attribute car crashes to fate, rather than traffic-law lapses. “This kind of attitude is the biggest problem," said Gela Kvashilava, chairperson for The Partnership for Road Safety, a non-governmental organization that lobbies for stricter regulation of driving.

Georgia’s standard urban speed limit of 60 kilometers per hour (37 mph) is, on average, 10-20 kph (six to 12 mph) faster than in most EU cities. Unlike in the EU, seat belts are not required for passengers, and, in many cases, only exist for the driver. In 2012, speeding ranked as the number-one cause of the country’s 5,319 car accidents, according to official data. For Georgians between the ages of 15 and 29 years old, car crashes were the number-one cause of death.

Interior Ministry representatives did not respond to questions from EurasiaNet.org about how officials in Tbilisi intend to comply with EU regulations by the end of 2015, when the Association Agreement is slated to go into effect.

Prime Minister Irakli Gharibashvili, a former head of the Interior Ministry, which oversees Georgia’s traffic police, is stressing road safety these days. A law adopted in December 2013 cracked down on motorists who ignore pedestrian crossings, as well as strengthened penalties for drunk driving (mandating the suspension of a driver’s license from six months to a year, depending on the driver’s age). It also mandated that technical inspections begin for privately owned cars in 2015.

Gharibashvili has claimed that the police have installed scores of fresh radar systems and hundreds of new speed zones. As a result, fatal car crashes have decreased by 60 percent since 2012, when 605 deaths were recorded.

While strengthening punishments in most areas, the 2013 law decreased speeding fines from 100 lari (about $56) to 50 lari (about $28). Interior Ministry representatives did not provide a rationale for the decrease. One Tbilisi taxi driver commented (while breaking the speed limit) that the lower fines are, “of course,” better for drivers. But he went on to suggest that people were apt to be more attentive behind the wheel “when the fines were higher because they were afraid."

Despite its reputation for crazed driving, a 2010 World Health Organization study showed that Georgia was a safer place to drive than in fellow former Soviet republics Armenia, Kazakhstan, Kyrgyzstan, Russia and Tajikistan, based on the number of fatalities (15.7) per 100,000 accidents

Safety advocates, such as Kvashilava, believe that Georgian motorists are capable of changing their chaotic ways – with the help of tougher law enforcement and a proper public information campaign. “Georgians can be perfect drivers, and they can follow the rules,” Kvashilava said.