Georgia: Trying to Get a Handle on Public Works 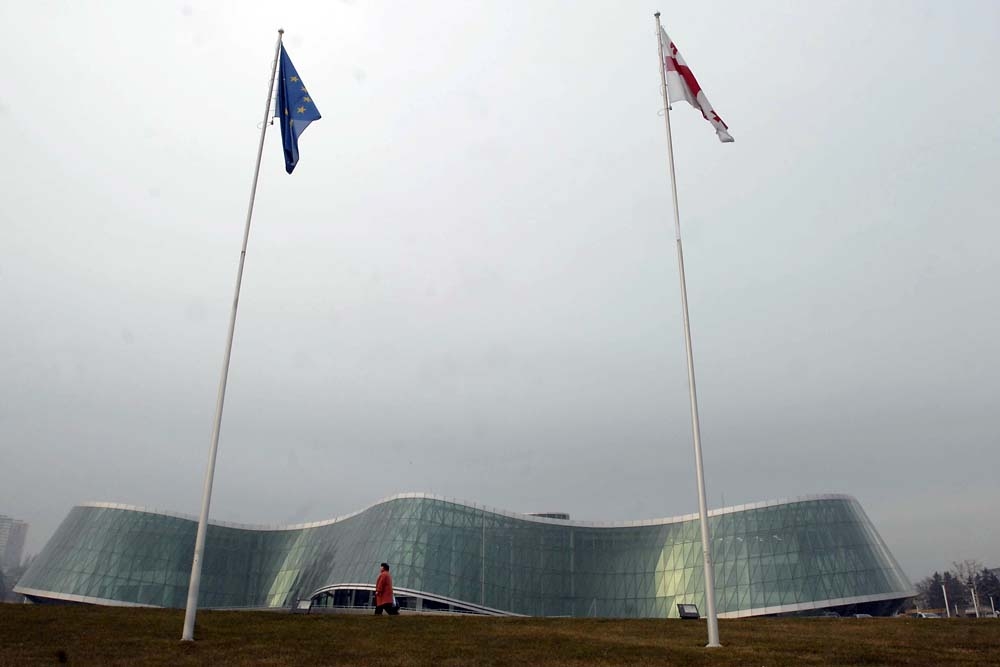 The Ministry of Interior Affairs in Tbilisi is one of the capital's showcase buildings constructed after the Rose Revolution. 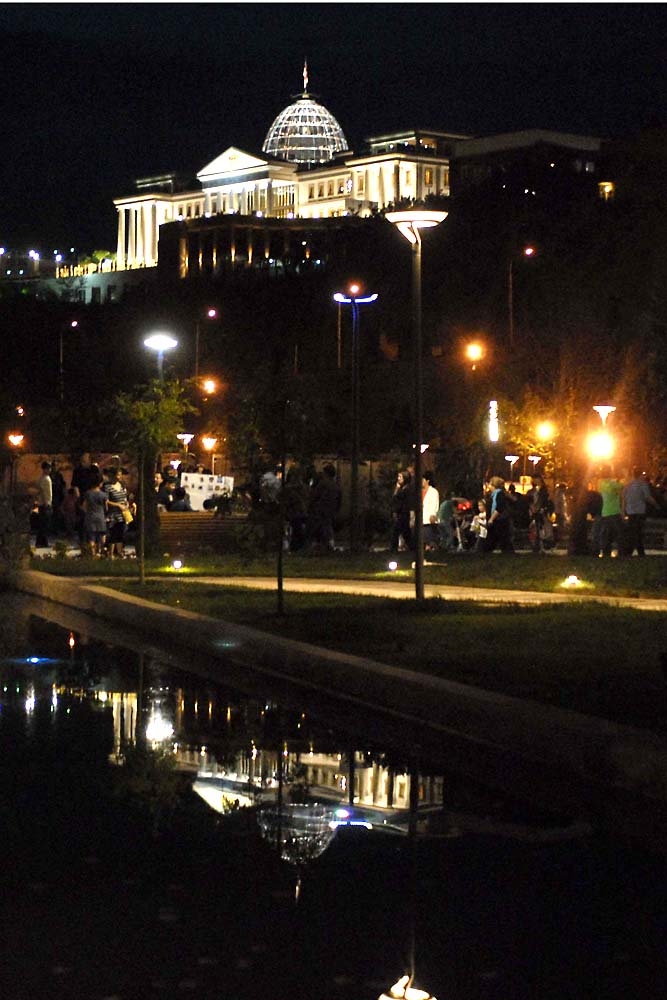 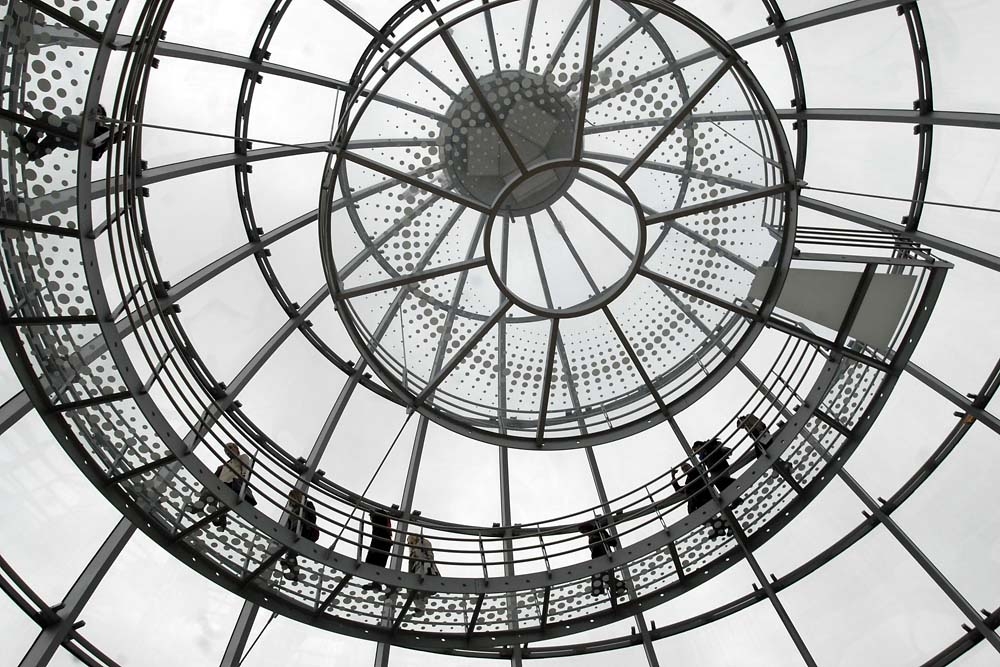 The Presidential Palace has a glass dome similar to that on the German Reichstag building in Berlin. 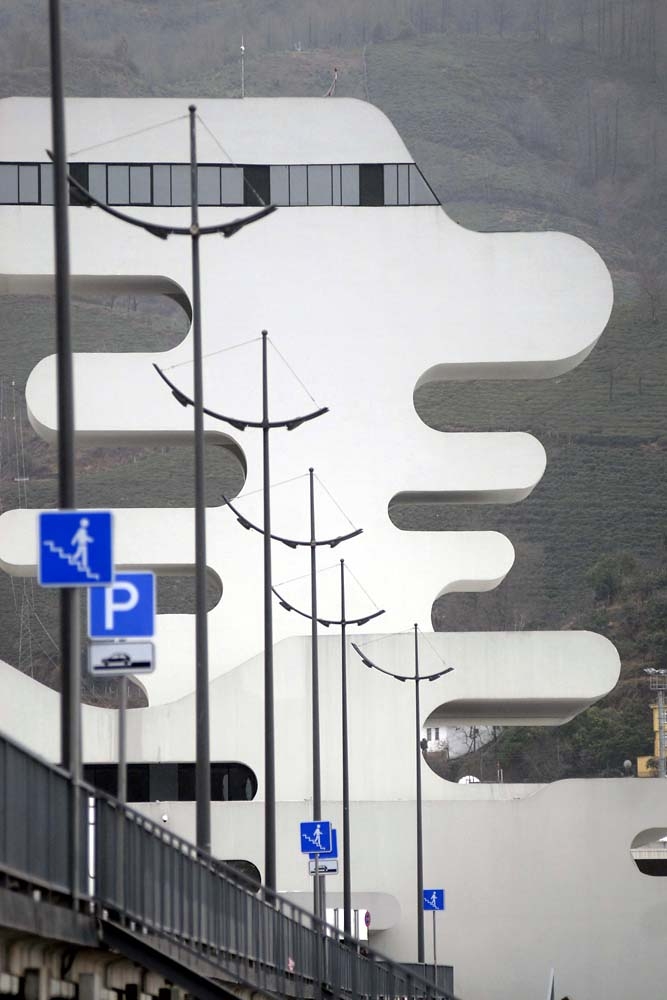 The Sarpi border checkpoint stands in stark contrast to the bare Turkish border on the Black Sea coast. 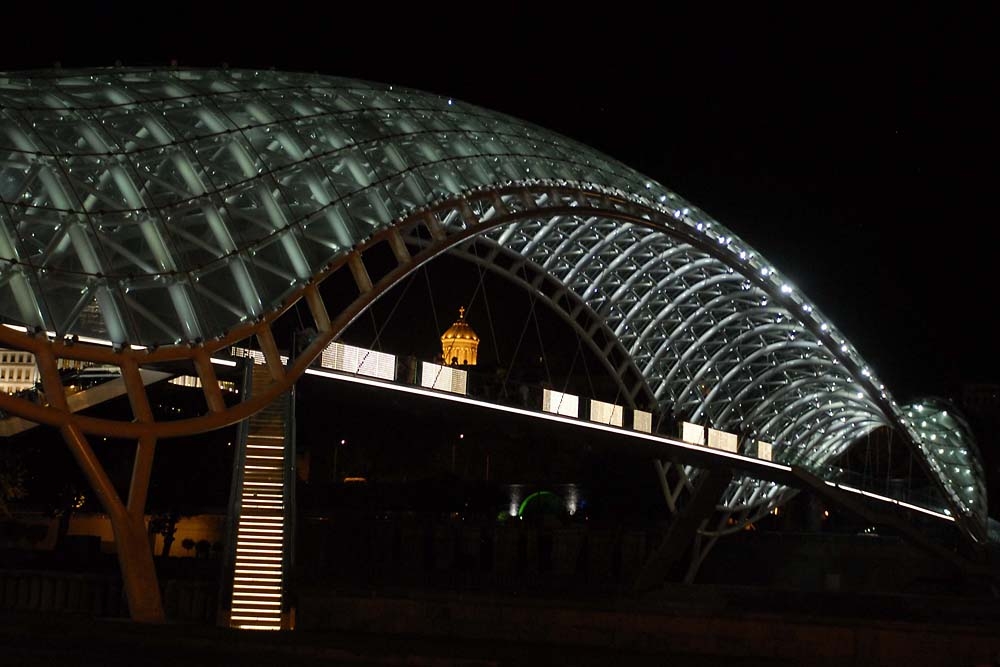 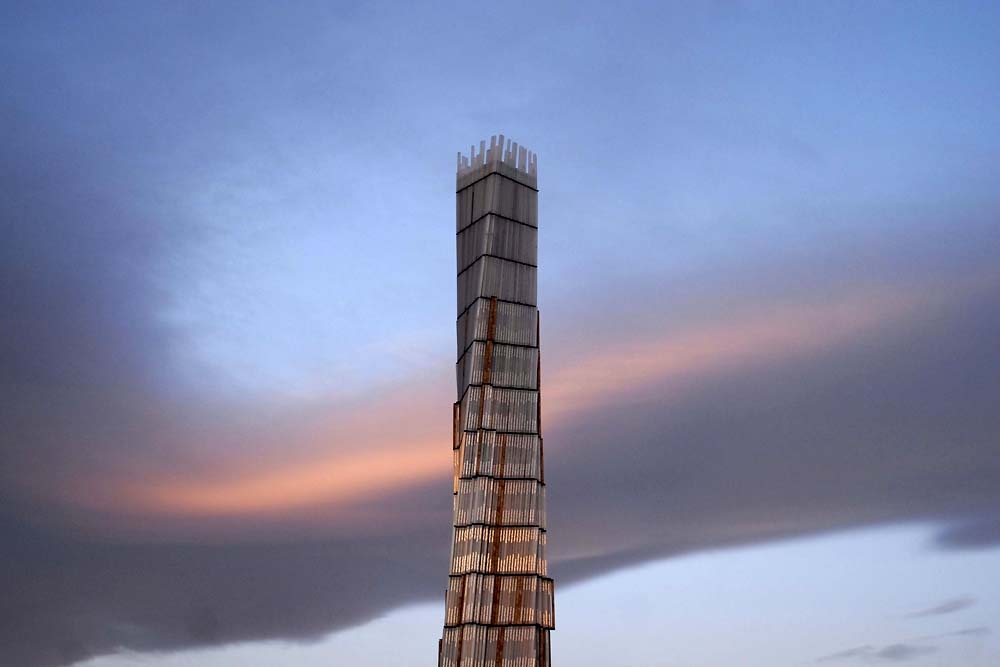 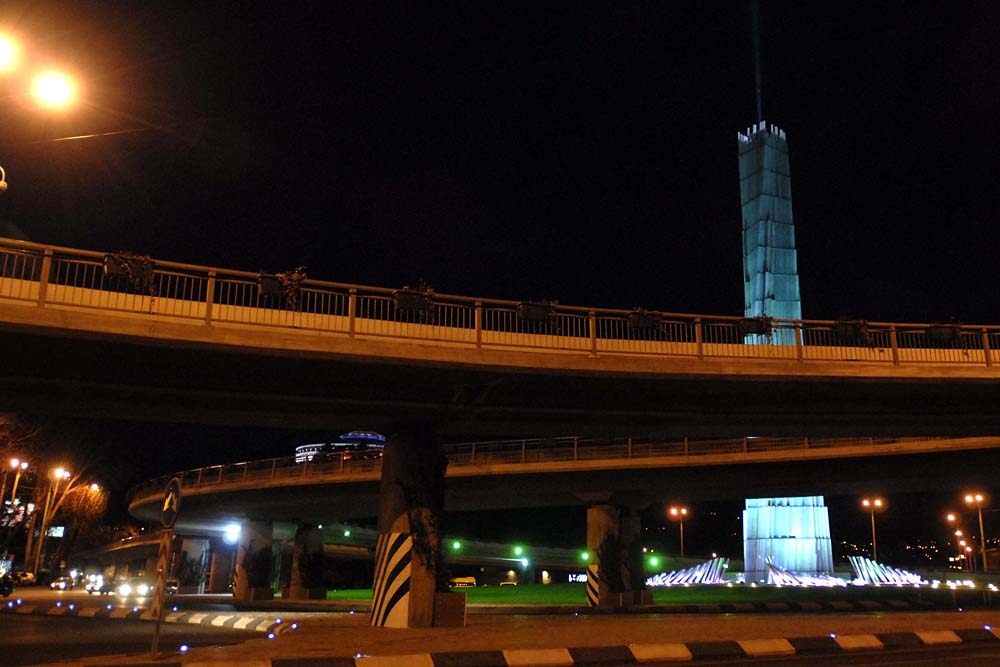 The 48-meter-high sculpture dedicated to Georgians who died fighting for independence changes color constantly at night. 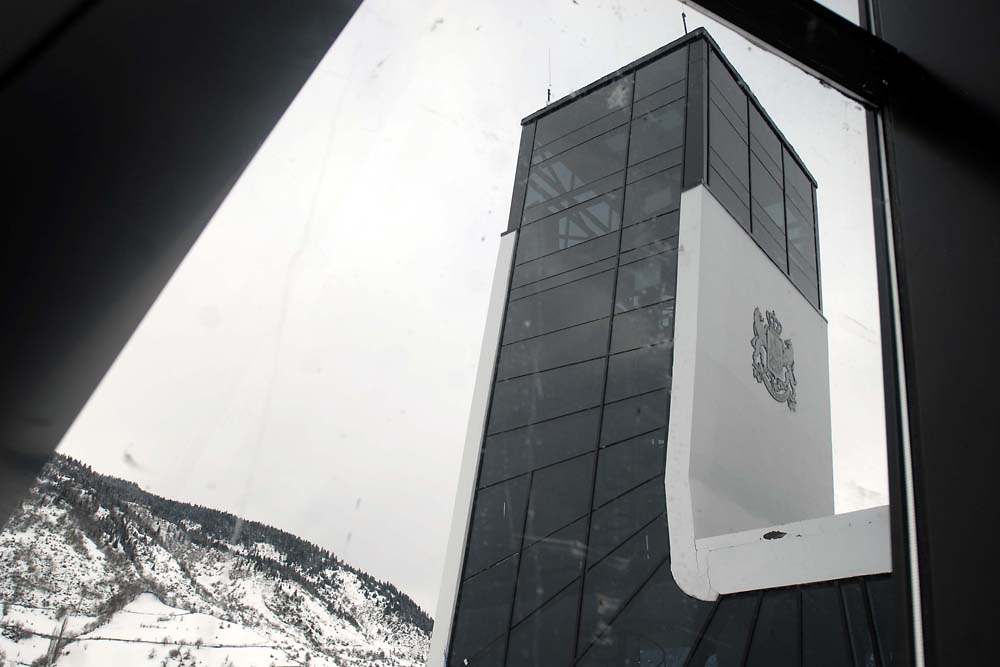 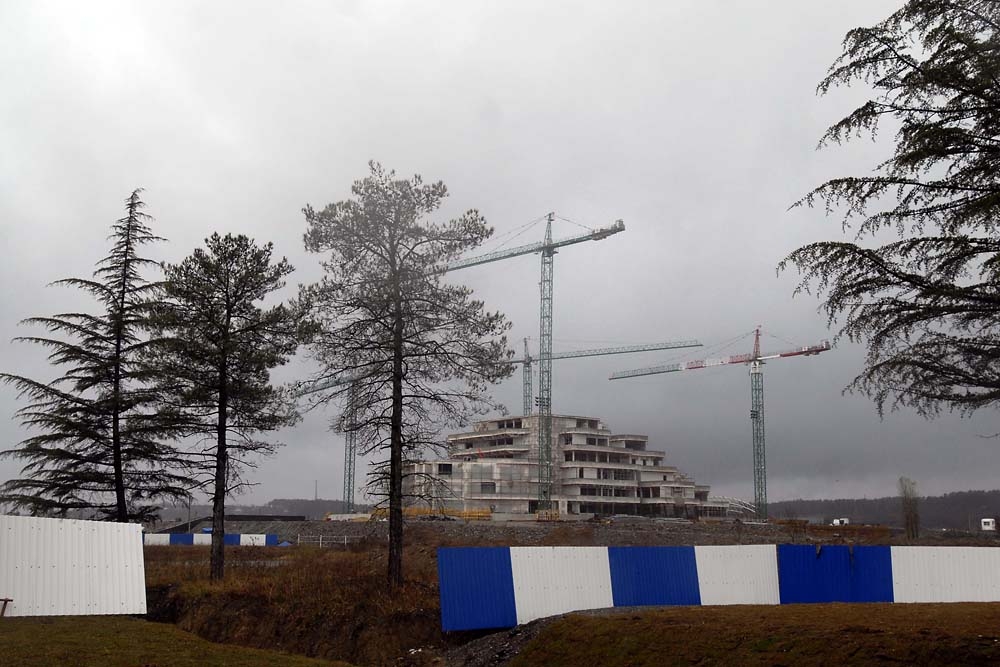 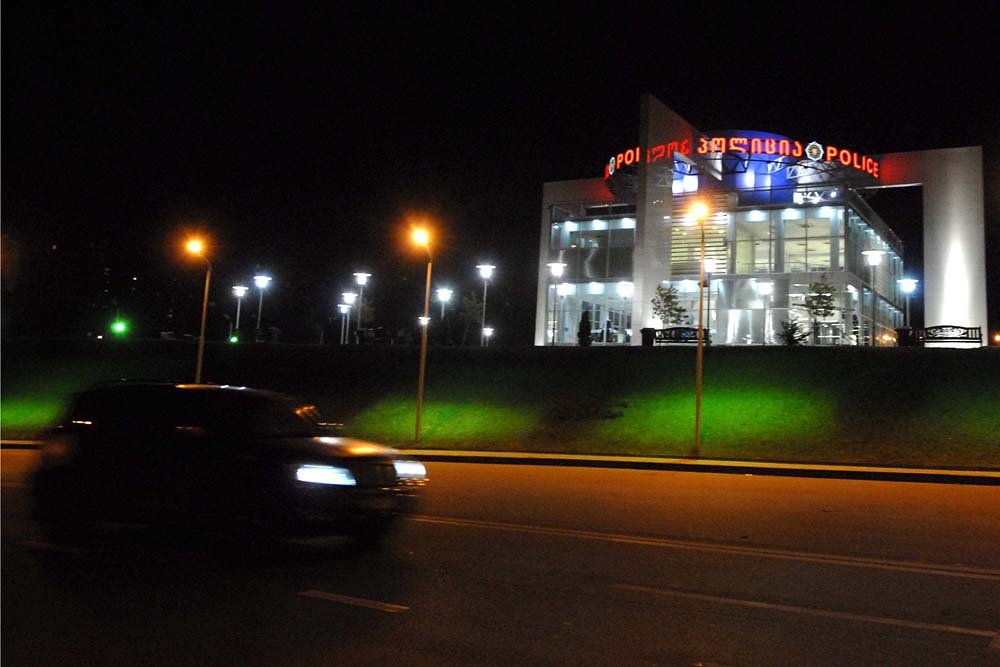 Modern police stations that have popped up around the country are bright and colorful glass buildings. 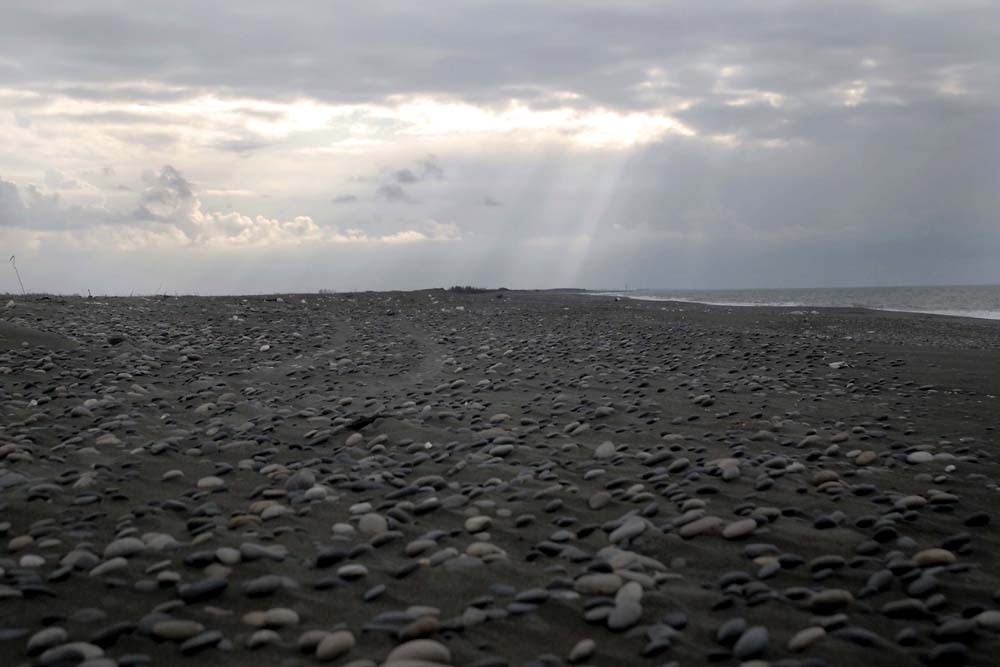 The site of Georgia's future city is a strip of Black Sea property between the budding resort of Anaklia and an oil terminal.
prev
next

One can imagine that if Mikheil Saakashvili had never become the chief executive of Georgia, he would have excelled as a Donald Trump-style real estate developer.

Throughout his presidency, Saakashvili has devoted abundant time and precious resources to public works and infrastructure development. And in encouraging a makeover of sorts for Georgia, he has exhibited a flair for the cutting edge in civic architecture. He has presided over the openings of a wide array of buildings that double as artworks, ranging from a white, futuristic customs terminal to Lite-bright style police stations all across the nation.

With evident pride, Saakashvili noted during his New Year’s address that his administration has been responsible for building more over the past seven years than the country has constructed “in the past eight centuries.”

While his devotion to bolstering the country’s image through architecture is commendable, his methods for getting things done leave something to be desired, critics say. There is a lack of public discussion about designs for public works, and, even more disturbing, a deficit of accountability concerning expenditures.

One project that seeks to transform Lazika, a city on Georgia’s Black Sea coast, highlights the transparency issue surrounding Georgia’s public works sphere. The overall cost of Lazika’s development is projected at 900 million lari ($543 million). But little beyond that is known, in particular the taxpayer-funded amount of construction costs. No official design or funding information has been released; the president’s administration referred questions to the regional governor, who did not respond to requests for an interview. Neither Parliament Speaker Davit Bakradze nor the head of parliament’s Finance Committee responded to repeated requests for information about budget financing for the project in 2012.

A few cost estimates for Lazika have surfaced in local media that indicate the state will assume about 200 million lari ($120 million) of Lazika’s construction costs, with the remaining $423 million or so coming from unnamed investors.

Giorgi Kldiashvili, the director of Institute for Development of Freedom of Information (IDFI), noted that Saakashvili has a history of announcing projects like Lazika without public discussion or follow up. “It is the taxpayers’ money,” Kldiashvili said. “I would like to have the cities like Las Vegas in Georgia, but we should know how it should be done, with what money, [and] where [the money is] from,” Kldiashvili said.
“Why don’t they ask us whether we want Lazika or we want to build nuclear stations or if we want our pensioners to be taken care of by the state?” he added.

Lazika’s estimated price tag barely scratches the surface of Georgia’s 6.8 billion lari ($4.1 billion) budget but it raises uncomfortable questions about the government’s priorities: Lazika will cost the state 66 percent more than the 119 million lari allocated to the Ministry of Agriculture in 2012 – an economic sector responsible for generating 9.3 percent of the country’s GDP in the third quarter. The agricultural sector is also a major employer in Georgia.

While Saakashvili has promoted the Lazika project as a vehicle to increase tourism and industry in the region, critics have decried it as a misplaced priority at a time when the unemployment and poverty rates are rising. Officially 15.5 percent of the Georgian population is jobless, roughly 3 percent higher than when Saakashvili’s presidency began in early 2004.

In Samegrelo, the region tapped to host Lazika, small farms once dependent on trade with Russia have fallen into decline since the Kremlin imposed an economic embargo on many Georgian products in 2006. On the winding road leading to the project site, there were few signs that wealth from Saakashvili’s near-by Anaklia resort – a pet project that cost a reported $60 million - has fostered prosperity among local inhabitants.

Georgia’s new parliament building in the central Georgian city of Kutaisi, reported to have cost 55 million lari ($33 million), is another project that has generated lots of discussion, both about its appearance and the construction process itself. The building’s design, including a moat surrounding the structure, has generated some favorable reviews. The same cannot be said about the transparency of its construction costs, said Keti Khutsishvili, the executive director of Open Society Georgia Foundation (OSGF).

“Despite a number of requests from our grantees [about the new parliament building], we couldn’t receive information on which budget – whether the national or the Kutaisi city budget [funded] it,” Khutsishvili said. “[I]n spite of a number of reforms that were made in public spending – and more are expected in 2012 – unfortunately infrastructure projects in the country and budget spending turned out to be the least transparent.”

Despite the questions concerning expenditures, the new parliament building and other public works nevertheless are seen by authorities as tangible symbols of Tbilisi’s commitment to reform in Georgia.

Critics, however, contend that the lack of information surrounding public works raises questions about democratization. “We do not know what is done with our money - taxes we pay, and what is done on donations, grants, etc. from United States, European Union, World Bank, etc.,” said Marina Muskhelishvili, the head of the Centre for Social Studies.