Georgia turns down 75 million euros from the EU

EU officials responded by saying that Tbilisi hadn’t fulfilled the conditions to get the loan. “You can't decline what you were not eligible for,” one said. 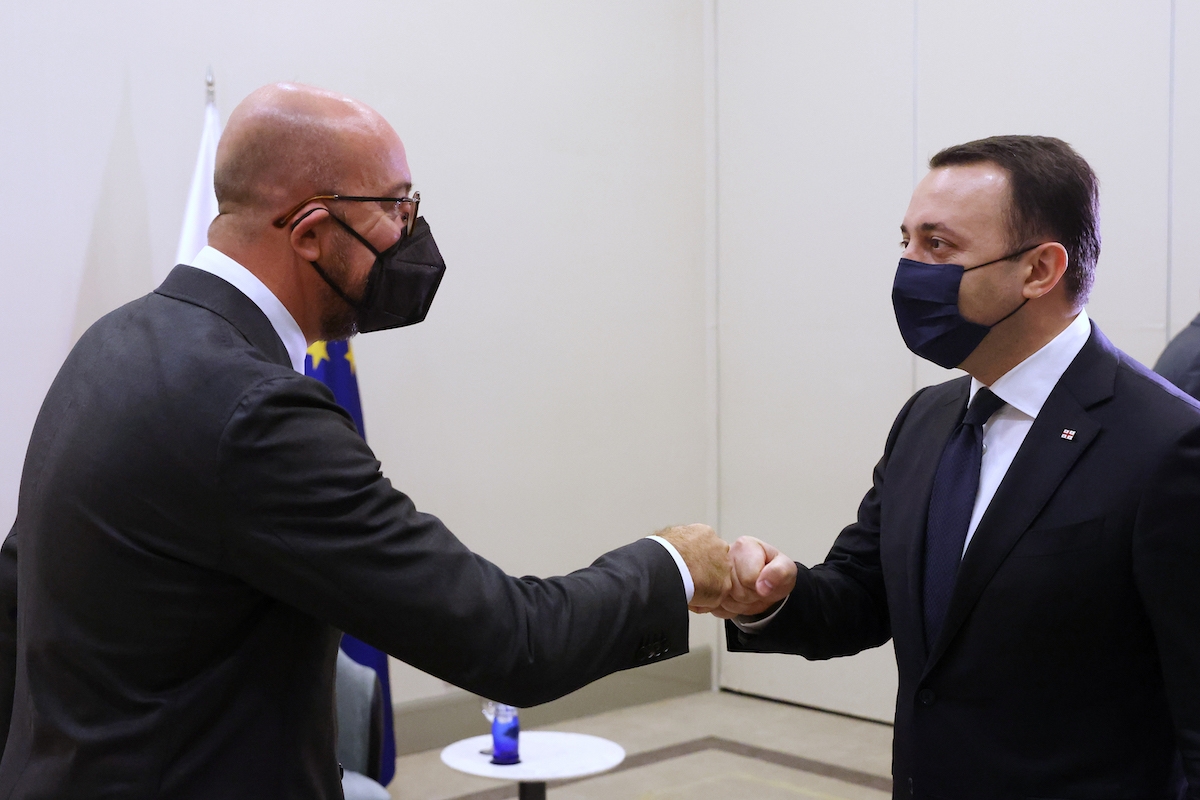 The Georgian government has decided to turn down a 75-million-euro loan from the European Union following an EU threat to cut financial assistance in response to Tbilisi’s failure to implement reforms.

Prime Minister Irakli Garibashvili announced the refusal of the loan on August 31, and government officials have justified the move by a desire to reduce foreign debt and “high economic growth” that Tbilisi claims has obviated the need for the loan.

The 150-million-euro loan was offered to Georgia last year to help the country manage the COVID-19 pandemic. Half had already been disbursed, and the other half was conditioned on Georgia meeting certain political obligations, most notably judicial reforms aimed at reducing the control of the ruling party over the court system.

In a press conference, Garibashvili thanked the EU “for all the help” during the pandemic and "in general,” adding “this is a loan… not a grant or aid.” But he also argued that the loan had become the subject of “political insinuations,” blaming the opposition for using it against the ruling party.

In response, the EU issued a statement saying that the Georgian government in any case had not fulfilled the conditions of getting the loan. In particular, the EU said the process of the recent selection of judges for the Supreme Court had not followed the principles recommended by the Council of Europe’s Venice Commission.

“While we respect the decision of Georgian authorities, at the same time, we note that Georgia failed to sufficiently address the condition for this macro-financial assistance, and notably, to increase the independence, accountability and quality of the judicial system,” the EU’s interim charge d’affaires in Tbilisi, Julien Crampes, said in the statement.

Viola von Cramon, a member of the EU parliament, was more blunt, tweeting: “You can't decline what you were not eligible for.”

Georgia’s economy declined by 6.2 percent in 2020, while its external public debt hit an all-time high of $8 billion. In the first seven months of 2021 the economy has bounced back, growing by 12.2 percent year-on-year, while unemployment has continued to rise, now exceeding 22 percent, according to official Georgian government data.

With pivotal local elections set for October, Garibashvili has been campaigning on the message that the economy is “booming” and that “Georgia has the opportunity to become the Luxembourg of the East.”

Officials say that Georgia’s coffers have about 1 billion more euros than projected, thanks to loans from other international financial institutions and greater-than-expected economic growth.

“So we have an internal resource that we can use for many programs. And the foreign debt, which has already grown quite a bit due to the pandemic, should not be increased any more,” Economy Minister Natia Turnava told journalists on August 31.

Analysts, though, suggest that the refusal of the loan was a clearly political move.

“Seventy-five million euros can’t make or break the country, but Georgia has made commitments to judicial and electoral reforms, which would provide financial aid,” Giorgi Kepuladze, the founder of the Tbilisi-based NGO Society and Banks, told Eurasianet. “When the government does not meet the EU’s conditions, this could ruin the case for loans or grants in the future.”

The refusal of the loan shows that the ruling Georgian Dream party is “not interested in the financial support of the European Union and the political significance of whether they support or reject it,” Tamta Mikeladze of another Tbilisi NGO, Social Justice Center, wrote on Facebook.

While the 150-million-euro loan was originally part of a COVID relief package, it also got bundled into the EU’s agreement that it brokered earlier this year between Georgian Dream and the political opposition. Under that agreement, the government was supposed to implement a number of reforms, and also agreed to hold new national elections if the ruling party got less than 43 percent of the vote in the upcoming local elections. In return, the opposition agreed to end their boycott of the parliament, which they undertook in protest of what they said were flaws in the last national elections, in the fall of 2020.

At the end of July, however, Georgian Dream announced that it was “annulling” the EU-brokered deal, claiming that “one-sided loyalty… is insulting for our party, and our voters will not forgive us this.” GD said they would still pursue “most” of the reforms, but dropped the promise to hold new national elections based on the local vote results.

The EU responded by publicly suggesting that the disbursement of the loan was in danger as a result. EU President Charles Michel, following a meeting with Garibashvili in Kyiv on August 24, tweeted that “The deadline for disbursement of macro financial assistance is looming and it is time for the Georgian government to demonstrate its commitment to the agreements and notably the reform agenda.”

In its statement, the EU still said that it “calls on the Georgian authorities to uphold their reform commitments, including in the justice sector, in the interest of Georgian citizens and of the future of EU-Georgia relations.”