The plan targets the tourism sector but leaves others wondering what they will do as coronavirus ravages the global economy. 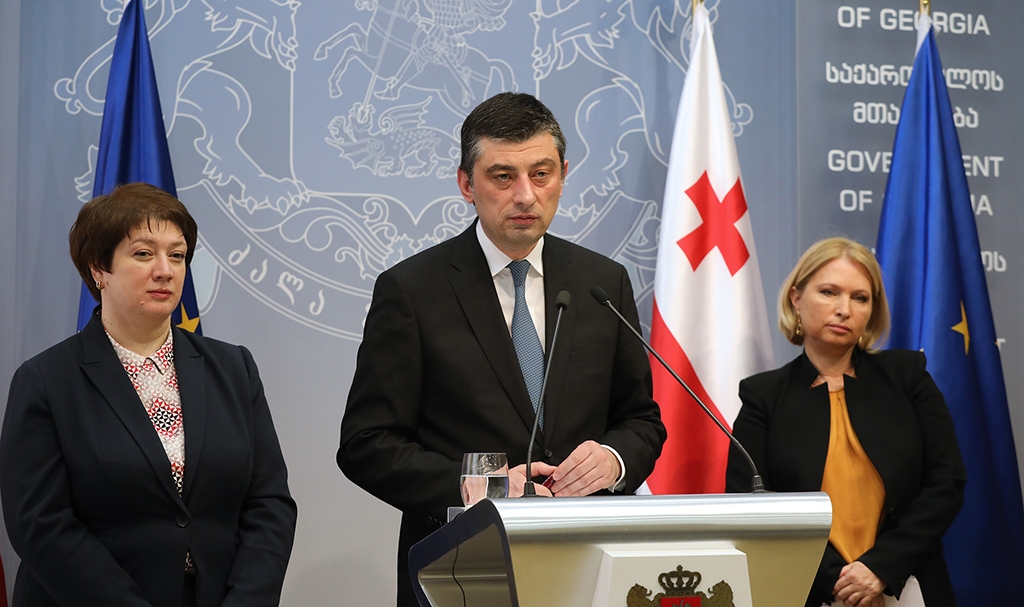 The package is worth some 1 billion lari (about $360 million).

Tourism-related businesses “will be exempt from property and income taxes” through the summer season, Gakharia said on March 13. The tax break “applies to 18,000 companies presently operating in Georgia, and more than 50,000 employees,” and will be worth about 100 million lari ($36 million), he added.

He also promised to spend an additional 300 million lari on tourism-related infrastructure projects this year as well as to restructure VAT returns.

During a diplomatic spat last year, Moscow banned flights to Georgia, bruising the tourism industry, which had relied heavily on Russian visitors. At the time, the Georgian government stepped in to help 166 small and medium-size hotels repay loans that these companies said they could not cover due to a drop in visitors.

This time around, major banks have also said they’ll postpone some interest payments.

One of those banks is run by the family of former Prime Minister Bidzina Ivanishvili, Georgia’s richest man, who is also the head of Gakharia’s party, Georgian Dream.

In late 2018 Ivanishvili used his charitable Cartu Foundation to bailout voters’ delinquent loans ahead of a bitterly contested presidential election. Critics said he was buying votes.

During his March 13 press conference, the prime minister singled out the Cartu Foundation, suggesting his government may again tap Ivanishvili’s largess. “If we’re going to need more resources, of course, I’ll appeal … first of all to the Cartu Foundation,” Gakharia said in comments carried by OC-Media.

Around 90 percent of tourist reservations for April have been cancelled, a travel agent told the news website Caucasian Knot. Business groups had turned to the government to request a tax delay or exemption.

The lari fell to an all-time low last week of roughly three to the dollar.

A weak lari could cause a shortage of imports, including medicine, economist Mikhail Tokmazishvili told Caucasian Knot.

While one business analyst told Ekho Kavkaza, RFE/RL’s Caucasus service, that he hopes the stimulus will shore up the currency, an economist bemoaned the limited impact assistance to the tourism industry will have for the population at large.

“The measures are designed to soften the blow for certain businesses and their employees, but it is not clear what everyone else should do,” said Iosif Archvadze of Tbilisi State University.

Georgia had registered 30 cases of COVID-19, the illness caused by the novel coronavirus, as of March 14. The country has shut its borders to regular travel, closed schools and postponed spring conscription.