Residents call the moving border a “creeping occupation” because the Russian military has pushed deeper into Georgian territory since the war. 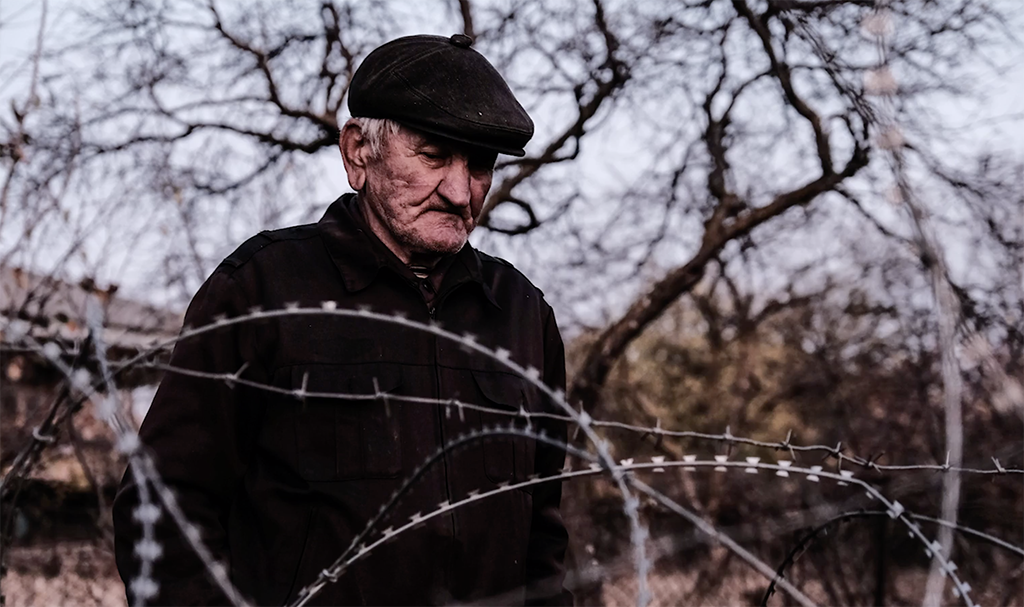 Since June, young people in the country of Georgia have been protesting on the streets of the capital, Tbilisi. Anti-government protests erupted when a legislator from Russia was invited inside the Georgian parliament, where he briefly sat down in the speaker’s chair. For many, this was seen as an affront to Georgian sovereignty and a symbol of their government’s accommodation to Russian power and influence.

Many of the protestors have worn t-shirts and wave banners that read: “20% of my country is occupied by Russia.”

In a five-day war in 2008 between Russia and Georgia, Russia took control of South Ossetia, a Georgian province in the country’s north.

Photographer Tako Robakidze has spent more than a year with families who live along the South Ossetia line of control, a moving border that Georgians call a “creeping occupation” because the Russian military has continually pushed deeper into Georgian territory. What is it like to live under creeping occupation? This is the question Robakidze explores in “Creeping Borders.”