Georgia’s huge contributions to the U.S. military mission in Afghanistan were a key part of its strategy to join the West. Now there are fears about an isolationist turn from Washington. 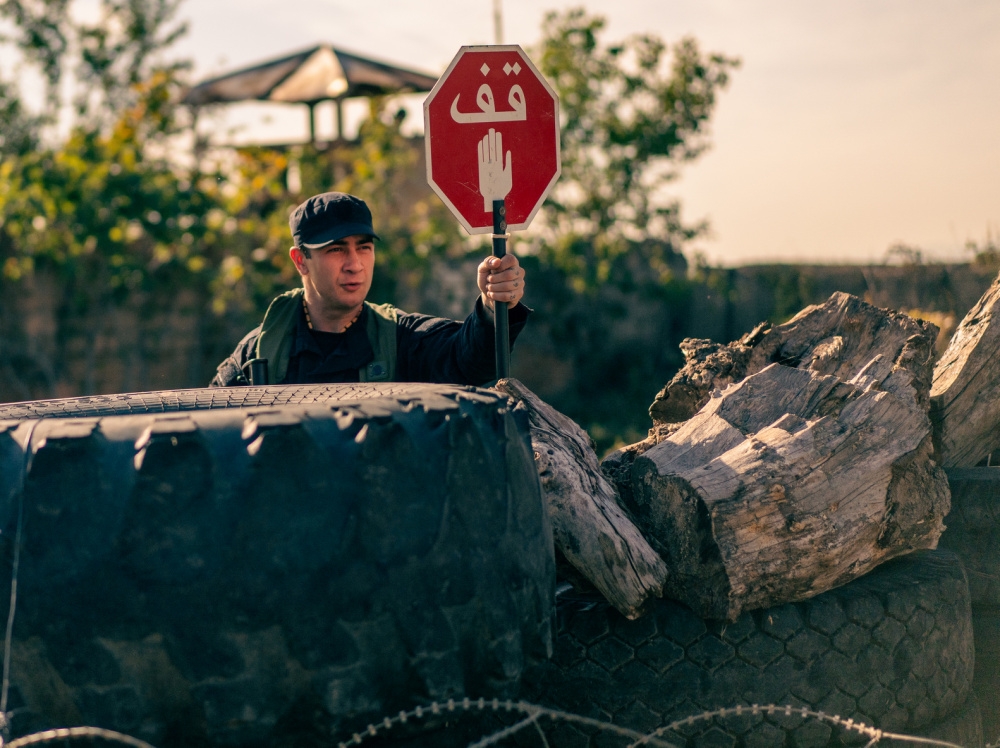 A Georgian soldier takes part in an exercise ahead of his deployment to Afghanistan. (photo: U.S. Marine Corps Sgt. Devin J. Andrews)

For years, Georgia was the largest per-capita contributor of soldiers to the United States-led mission in Afghanistan, and the single largest non-NATO provider of manpower. Now, as the 20-year mission collapses, Georgia is watching the chaos with particular concern.

Georgia’s military was in Afghanistan for more than a decade and a half, with 1,500 soldiers there at the peak of the deployment. For Tbilisi, the mission was seen primarily as a springboard to NATO membership and a means of cementing its alliance with the U.S. “By taking part in the Afghanistan mission, the Georgian military has demonstrated that on the way to NATO membership it can handle matters of collective defense and security in a successful and responsible fashion,” President Salome Zourabishvili said in April.

Georgia pulled out the last of its forces in June, following the NATO decision to wrap up the International Security Assistance Force mission. In total, 20,000 Georgian troops have served in Afghanistan since 2004 and 32 died there, according to official figures.

Many of those veterans later found employment as private security contractors in Afghanistan, and it is the fate of 22 such ex-soldiers that is Tbilisi’s primary concern at the moment. The contractors are currently stuck at a base in Kabul and have been unable to make their way to the airport to get evacuated.

Troops from the Taliban now “guard the entrance to our base, but there are plenty of armed people – looters and what not – across the city. Everyone is holding guns,” one Georgian contractor, Levan Jangirashvili, told Imedi TV. He said that it is unsafe for him and other Georgians to make it to the airport.

The Georgians said that they had been contracted to provide security for several American projects in Afghanistan. “We worked as personal bodyguards, also provided transportation security and security of the base,” another contractor, Temo Elikashvili of the Montreal-based security corporation GardaWorld, said in an interview with RFE/RL.

With all of the active-duty Georgian troops already pulled out, the presence of Georgian contractors in Kabul caught Georgia’s Foreign Ministry unawares. “Unfortunately, we did not know that they were there,” Deputy Foreign Minister Alexandre Khvtisiashvili said at a press conference on August 16. “They called us yesterday and asked for help returning to Georgia."

After a failed attempt that day to put the Georgians on a Ukrainian plane, Tbilisi said that it would send its own plane to extract the contractors, but that they would still have to make to the airport on their own. “The Turkish side agreed to transport them to the airport in armored vehicles,” Khvtisiashvili said.

Beyond the fate of those 22 men, however, the collapse of the U.S. mission raises bigger strategic questions for Georgia.

The deployments to Afghanistan helped improve the Georgians’ combat skills and interoperability with their would-be NATO allies. They also curried favor in Western capitals, where Georgia’s large troop contribution was regularly praised. “In this sense, Georgia is an example for all,” then U.S. Defense Secretary James Mattis said in 2017.

But there were concerns that the Afghanistan mission, which entailed guarding bases and patrolling villages, had little relevance to Georgia’s primary military concern: Russia. Late in the Obama administration, the U.S. began to transition to a training program more directly targeted at preparing Georgian soldiers to defend their territory against a potential Russian attack.

Now, as the U.S. and other Western allies have been increasingly airing their dissatisfaction with Georgia’s internal politics, the American disengagement from Afghanistan has sparked concerns about the future of U.S. support for its other far-off allies.

“From the perspective of American politicians and voters, the fiasco in Afghanistan and, generally, in the Middle East provides an incentive to move toward isolationism and place far less emphasis on democratization in the Eastern world,” historian Beka Kobakhidze told RFE/RL.

“The Americans are weighing how effectively their assistance had been used” in Georgia, as well, Kobakhidze continued. “In a situation where fundamentalist ideas are getting stronger in Georgia and even the government supports these ideas with its narratives … of course all this creates skepticism in the West.”

While Georgia is no Afghanistan, support and involvement from the Western allies is still seen as the primary catalyst for democratic reform in Georgia. That has some worrying about how the U.S. might be re-evaluating its support for countries with questionable democratic records.

“Afghanistan is a lesson that countries like us should take seriously,” political analyst Zurab Batiashvili told IPN newswire. “You can’t claim that you are pro-Western and not have working state institutions, not be protecting freedom of speech, not have an independent court, and also be attacking independent media,” said Batiashvili, listing a few of the issues Georgia is grappling with today. “If you are not being honest [about being democratic], it shows.”