Georgia: What’s the Definition of Tolerance? 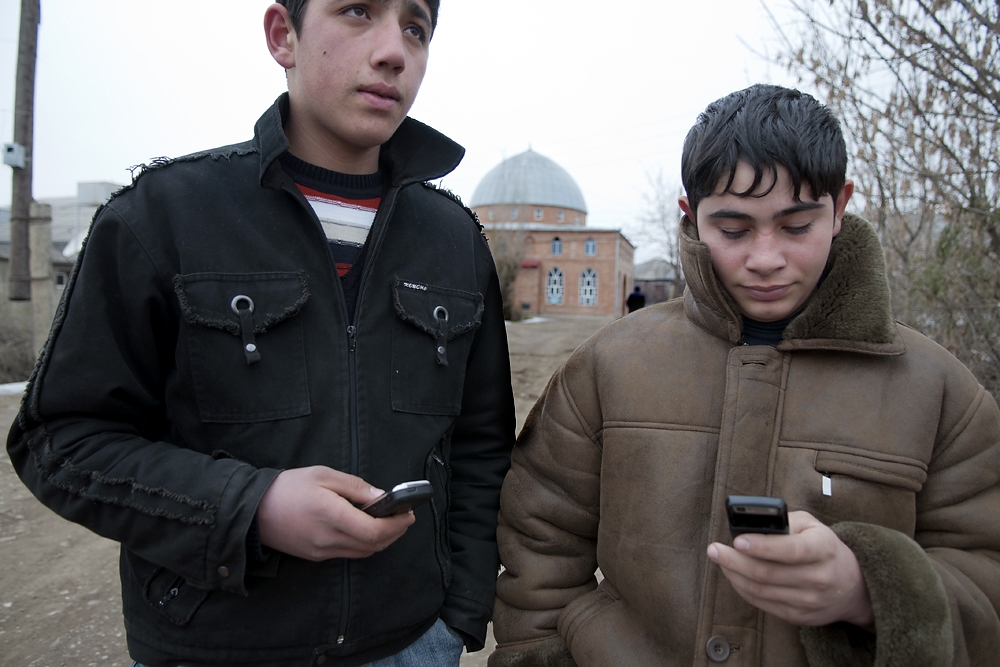 Is Islam under threat in Georgia? (Photo: Dean C.K. Cox)

A revival of the Orthodox faith in Georgia appears to be coinciding with an uptick in discrimination against the country’s Muslim population.

For centuries, Georgians have defined their existence in ‘us-versus-them’ terms, as a struggle to survive as a tiny Orthodox Christian nation in a predominantly Muslim neighborhood. This concept has been shaped in part by the Ottoman and Persian Empires’ past control of parts of Georgia. But this definition of national identity now seems to leave little room for Georgia’s estimated 433,784 Muslim citizens, roughly 9.9 percent of Georgia’s overall population.

“The attitude which is somehow really dominant in Georgian society is that being Georgian means being Orthodox,” said sociologist Iago Kachkachishvili. “The meaning of being Orthodox is not the pure religious meaning. It is very close to a national identity as well.”

“Non-Orthodox Georgians are considered as not proper Georgians, Georgians who are kind of deviants,” continued Kachkachishvili, who chairs Tbilisi State University’s Sociology Department. If an individual wishes to be perceived as a “real Georgian,” he or she has “to be baptized in the Georgian [Orthodox] way.”

Efforts to convert local Muslim populations are now especially strong in Achara, an autonomous region of western Georgia that was part of the Ottoman Empire for 300 years. The Georgian Orthodox Church has spent millions in state funds building churches and seminaries in villages there; local priests actively encourage their congregations to convert Muslim neighbors to Orthodoxy.

For most Muslim Georgians, however, the expectation that they have to convert to be really Georgian is unacceptable. Although for generations their faith was dormant, today Muslims are also experiencing a religious revival, noted Giorgi Sanikidze, director of the G. Tsereteli Institute of Oriental Studies at Ilia State University in Tbilisi.

Yet where local Muslims have tried to build mosques or publicly express their faith, Sanikidze said, tension often has flared with local Georgian Orthodox believers.

This May and June, angry crowds in the eastern village of Samtatskaro succeeded in shutting down Friday services at the local mosque. The services resumed only after intervention by police and officials.

Last October and November, similar outbursts occurred in the western village of Nigvziani in response to rumors about alleged plans to build a local mosque. The hubbub quieted after a senior cleric denied the rumors, and police cautioned locals against harassing Muslim villagers.

But last month, an event raised questions about what, if anything, the government had learned from these episodes.

On August 26, special forces barred entrance to the southern village of Chela after the Revenue Service (RS) opted to remove the local mosque’s minaret for allegedly unpaid import duties. The action sparked sharp protests nationwide. RS officials issued a statement that the agency had tried to contact the minaret’s owner five days before closing the village and removing the minaret for “analysis.”

The minaret currently is sitting in “storage” at a nearby site under police guard.

The incident has aggravated fears about discrimination against Muslims. By comparison, the Georgian Orthodox Church is not required to pay taxes and duties on goods.

RS representatives did not respond to requests from EurasiaNet.org for additional information about its minaret investigation.

Prime Minister Bidzina Ivanishvili has sought to ease concerns that Georgian ethnic and religious minorities face discrimination. In a September 2 speech to the country’s diplomatic corps, Ivanishvili reassured Georgian Muslims that Georgia is a tolerant country. “Religious tolerance … is not only our tradition, but it is also one of the fundamental principles of the Georgian constitution,” Ivanishvili said.

What happened in Chela has “nothing to do with religious intolerance,” he claimed, without elaborating. His comments were interpreted by some political analysts in Tbilisi as a reference to a possible ‘dirty tricks’ campaign against the governing Georgian Dream coalition during the run-up to October’s presidential election.

But sociologist Kachkachishvili cautioned that the concept of tolerance as defined by many ordinary Georgians strongly differs from the common understanding in the West. In Georgia, it is seen as more of a willingness to forgive those who accept Georgian Orthodoxy. “This is a kind of quasi-tolerance, I would say,” Kachkachishvili added.

Ivanishvili has pledged that “an appropriate response” will occur for any violations of the law in taking down the minaret or for “excessive force” against villagers protesting its removal. How far that response will go could be open to debate, however. While underlining that the minaret’s forcible removal was “unacceptable,” Justice Minister Tea Tsulukiani -- whose ministry oversees the General Prosecutor’s Office, the government agency responsible for investigating the minaret removal -- termed the structure “illegal,” and asserted that Georgia will have to discuss whether or not the country should contain minarets.

In comments to EurasiaNet.org, Tariel Nakaidze, head of the Georgian Muslims’ Union, welcomed the investigation into the minaret’s “unprecedented” confiscation, but expressed caution. He claimed that the government has not yet properly investigated other past abuses against Muslims. Government officials could not be reached to respond to the allegation.

“This is not just about minarets and mosques,” Nakaidze said. “This is about our country. Our democracy will have a problem and we should not allow that to happen.”