Georgia: What’s Worth More – Gold or Knowledge about Human Origins? 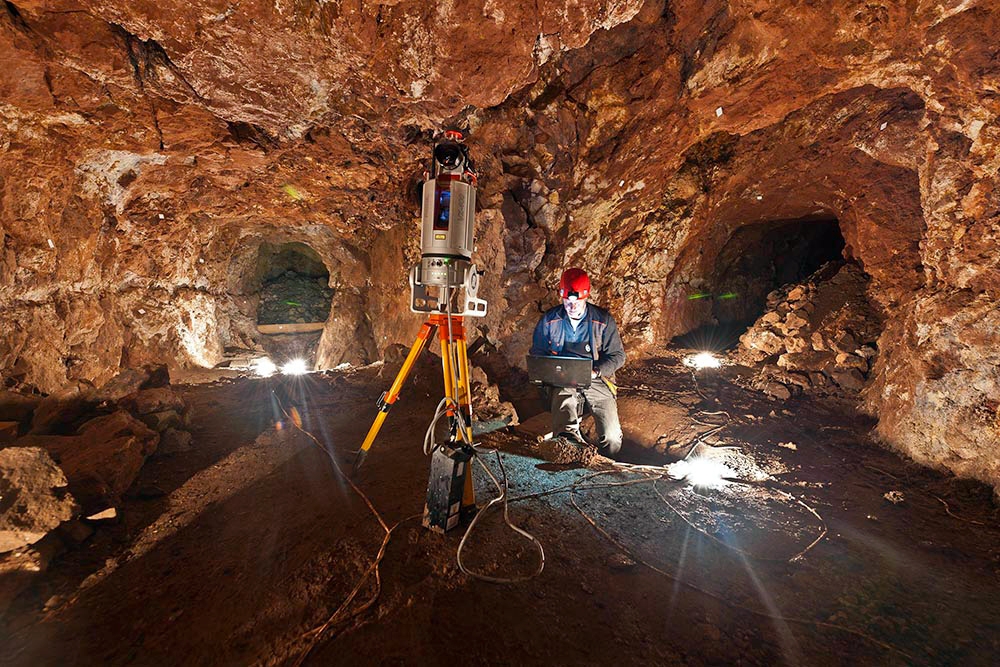 A classic conflict is building in Georgia that pits matters of general interest against private gain, revolving around what many archeologists contend is the world’s oldest gold mine. Scientists and others want to preserve the area for further excavation and study. But the company that holds the mining rights to the site is more interested in seeing its investment pay off.

The nine-hectare site, called Sakdrisi-Kachagiani, lies several kilometers from Dmanisi, a tiny village in the Kvemo Kartli region about 95 kilometers southwest of Tbilisi, the Georgian capital. In 2004, archeologists from the National Museum of Georgia and the German Mining Museum unearthed caves and mining tools at Sakdrisi that are believed to date to the third millennium, BC - a find that predates Egyptian mining artifacts. More broadly, the area around Dmanisi is perhaps the most significant archeological site outside of Africa when it comes to studying early species of humans. A skull discovered at Dmanisi, for example, has prompted scientists to hypothesize that all Homo species had a single, shared lineage.

The archeological significance of Sakdrisi, however, means little to the Russian-owned mining company, RMG Gold, which holds the lease to excavate the site. For RMG, Sakdrisi’s chief value is in the estimated 20 tons of gold that lie under earth’s surface in and around the area. The company, owned by Russian billionaire businessmen Dmitri Troitsky and Dmitri Kozhrev, has petitioned Prime Minister Irakli Gharibashvili’s office, seeking to revoke Sakdrisi’s status as an archeological site, a designation that prevents its exploitation for gold.

Gold ranks as one of Georgia’s top 10 exports, bringing in $35.52 million in 2013, or 2.9 percent of the country’s total export earnings. That financial power has made for chummy, and often murky ties among mining executives and Georgian government officials. An earlier tussle over Sakdrisi’s status is fueling worries among opponents that the government will approve RMG’s petition.

In July 2013, the Culture Ministry abolished Sakdrisi’s seven-year-old status as a permanently protected historical site after an 11-member commission ruled that no grounds exist to justify the “illegal” title. The commission, which took a month to reach its finding, was formed after RMG Supervisory Board Chairperson Zurab Kutelia wrote then-President Mikheil Saakashvili to argue that the economic interests of the state and of investors outweigh Sakdrisi’s historical significance. In 1994, Kutelia, then a government official, issued the original mining permit for Sakdrisi.

The decision to lift permanent protection for Sakdrisi prompted a sharp reaction from local civil society activists, as well as academics in both Georgia and Europe. The Open Society Georgia Foundation (OSGF) is among local non-governmental organizations that are petitioning to preserve Skadrisi’s protected status. [Editor’s note: OSGF and EurasiaNet are separate entities operating in the Soros Foundations Network.]

The president of the German Association of Archaeology, Dr. Hermann Parzinger, alleged the 2013 Culture Ministry decision violated Georgia’s ratification of the Council of Europe’s Valetta Convention on the Protection of Cultural Heritage. The Ministry of Culture, citing the commission’s finding, rejects the claim. It cannot, however, find the 2006 documents that “supposedly” granted Sakdrisi permanent protection.

Former Deputy Culture Minister Marine Mizandari suspects the ministry was under pressure from both RMG and the government to change Sakdrisi’s classification. “People who worked on the issue for many years weren’t invited to sit on the commission,” asserted Mizandari, who was dismissed earlier this month as a result of an internal spat that she claims is tied to Sakdrisi. “They concluded everything should be done to support economic interests.”

In a recent interview with the Rezonansi daily, Culture Minister Guram Odisharia denied that the Sakdrisi matter is related to Mizandari’s dismissal, and expressed sympathy for preserving the site. Yet, with gold prices at $1,320.38 per ounce, RMG’s economic interests do carry weight. Commission member and geologist Aleksandre Tvalcheridze estimates that Sakdrisi-Kachagiani could contain 75 percent of the 20 tons of estimated gold in the RMG plot. The company, it’s worth noting, is believed to be one of Georgia’s largest taxpayers and provides the economic ballast in Kvemo Kartli.

Commercial Director Solomon Tsabadze, a onetime Environment Ministry official, claimed that the inability to mine at Sakdrisi already has cost the jobs of roughly 200 of RMG’s 3,000 workers. “We provide 85 percent of the local budget through licensing fees. The region depends on the company,” he asserted.

Two members of the commission that revoked Sakdrisi’s permanent protection may have had a conflict of interest. An investigation by the environmental group Green Alternative revealed that geologist Omar Kutsnashvili and Vakhtang Licheli, an archeologist, were previous contractors for RMG.

Tvalcheridze, the commission member, questions the archeological significance of the Sakdrisi site, dismissing claims that gold was mined there 5,400 years ago as “scientific nonsense.” Knowledge of gold extraction from local ores did not exist at the time, and no evidence has been found to prove that gold was extracted at the site, he said.

He puts Sakdrisi’s former protected status down to national and professional pride. “It’s very attractive to be the discoverers of the most ancient gold mine in the world,” he said. The German Association of Archaeology’s Dr. Parzinger has accused the commission of not following scientific protocol and failing to ask archeologists who had worked on the site for their findings. Tvalchrelidze said he did not recall if that was the case.

Returning for more information could prove a challenge. Although Sakdrisi still ranks as an official archeological site, RMG now does not allow archaeologists to visit the area. Tsabadze says their work could ruin the site.

An archeologist from the Georgian National Museum, Goderdzi Narimanishvili, who visited Sakdrisi in early January, told EurasiaNet.org that much of the site has been covered in earth. RMG denies any responsibility, but also refuses to allow journalists to enter the territory. Little chance exists that this will change in the near future.

Ultimately, said Nikoloz Antidze, general director of the National Agency for Cultural Heritage and Preservation of Georgia, the decision about whether or not to revoke Sakdrisi’s remaining protection is all about gold. “If it’s just another old mine; we have another attitude called ‘state interests,’” Antidze commented drily. “You’ll find they override archeological [interests] all over the world.”