Georgia: Will Moving Parliament Out of Tbilisi Pay Off? 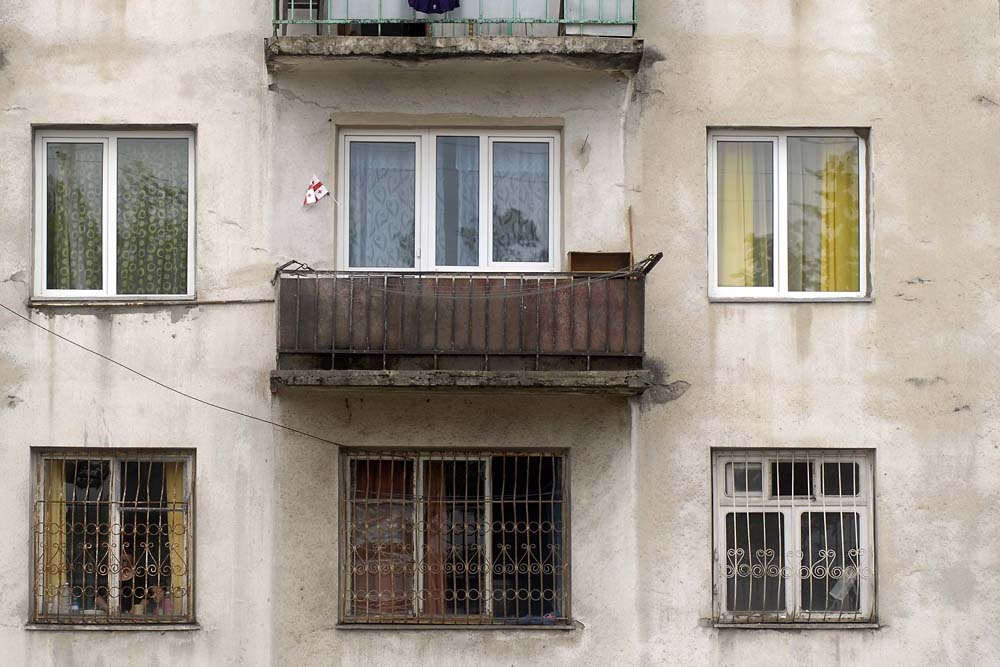 During the past 20 years Kutaisi has fallen into disrepair, its graceful buildings showing the strain of widespread poverty. 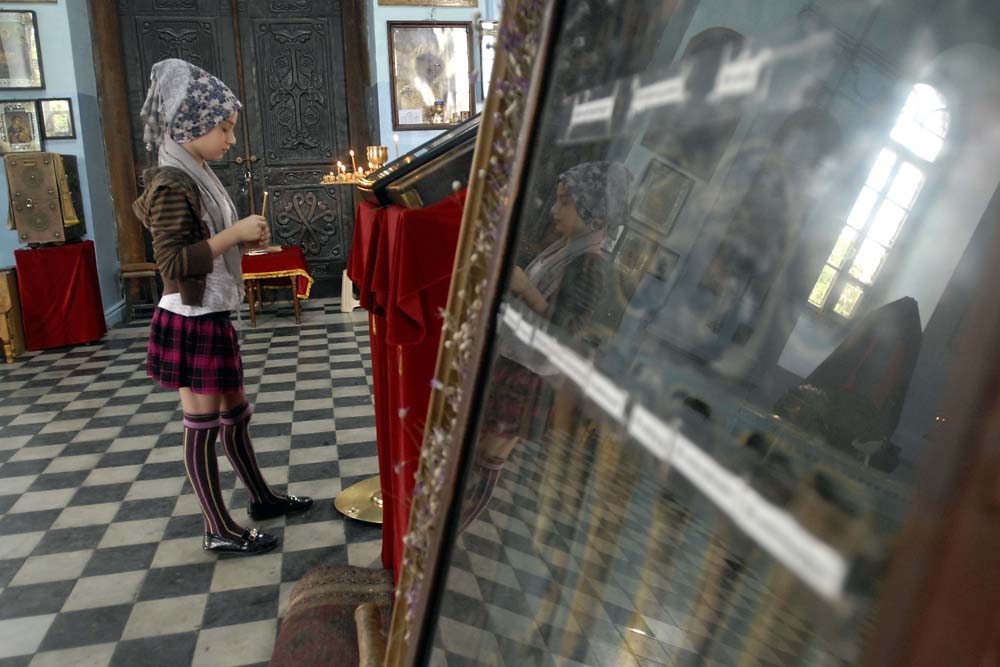 A girl lights a candle in St. Peter and St. Paul Church in Kutaisi, which has been rebranded as a cultural capital in Georgia. 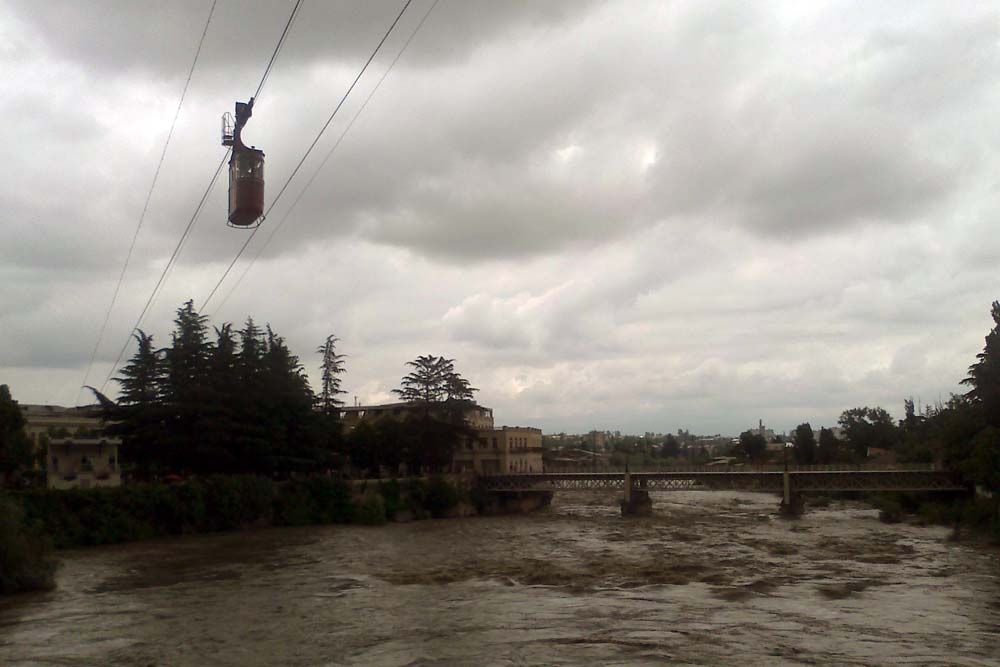 The Kutaisi Funicular takes passengers across the Rioni River, which runs through the city. 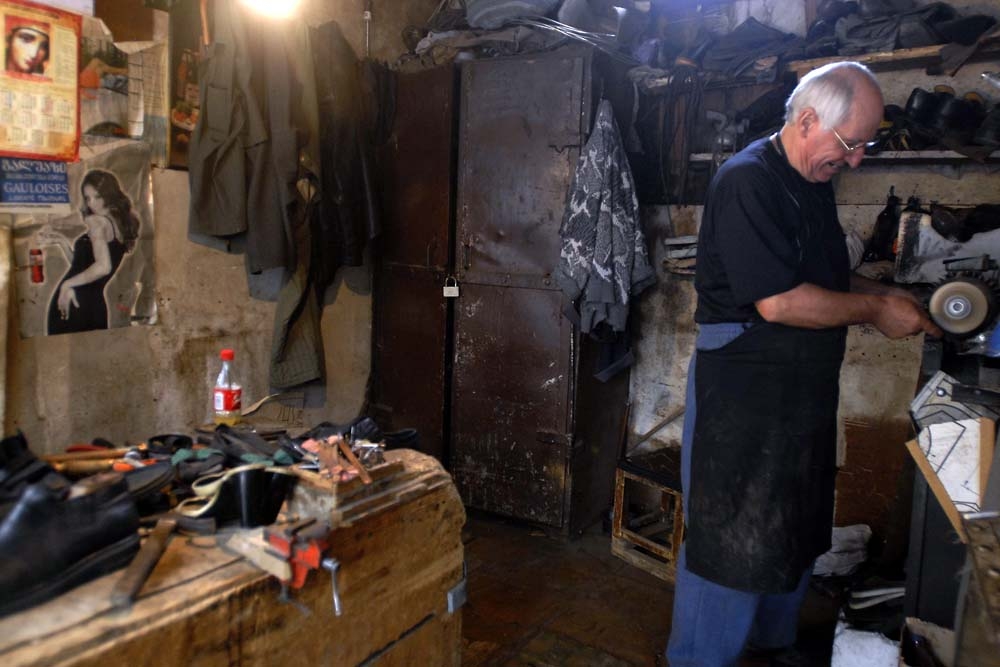 During the Soviet Union, Kutaisi was a regional capital for industry, home to dozens of factories and manufacturing plants. 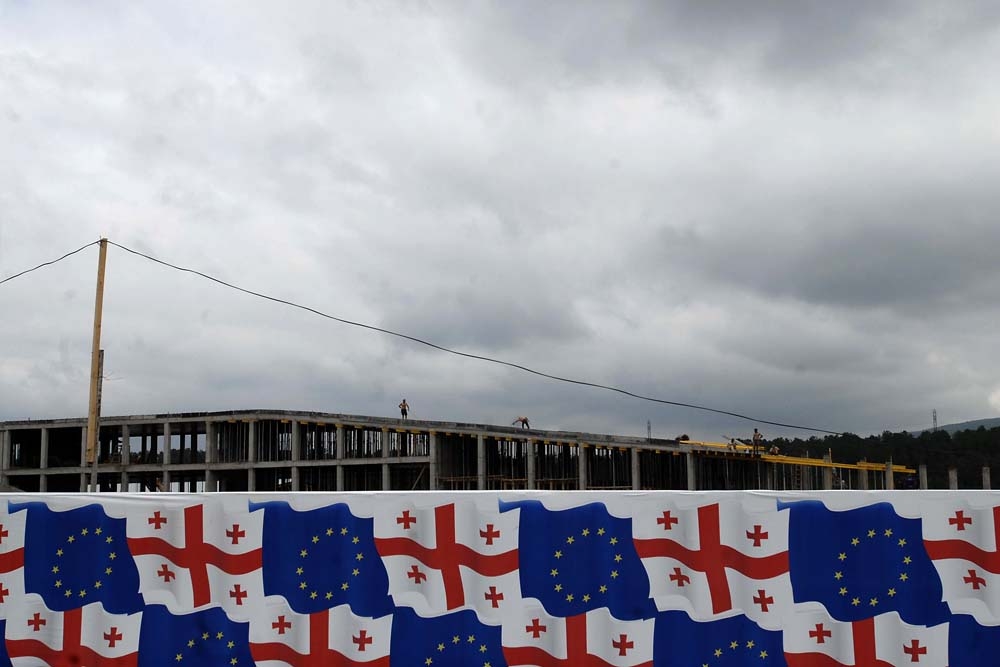 Kutaisi served as the capital of the united kingdom of Georgia from 978 to 1122. 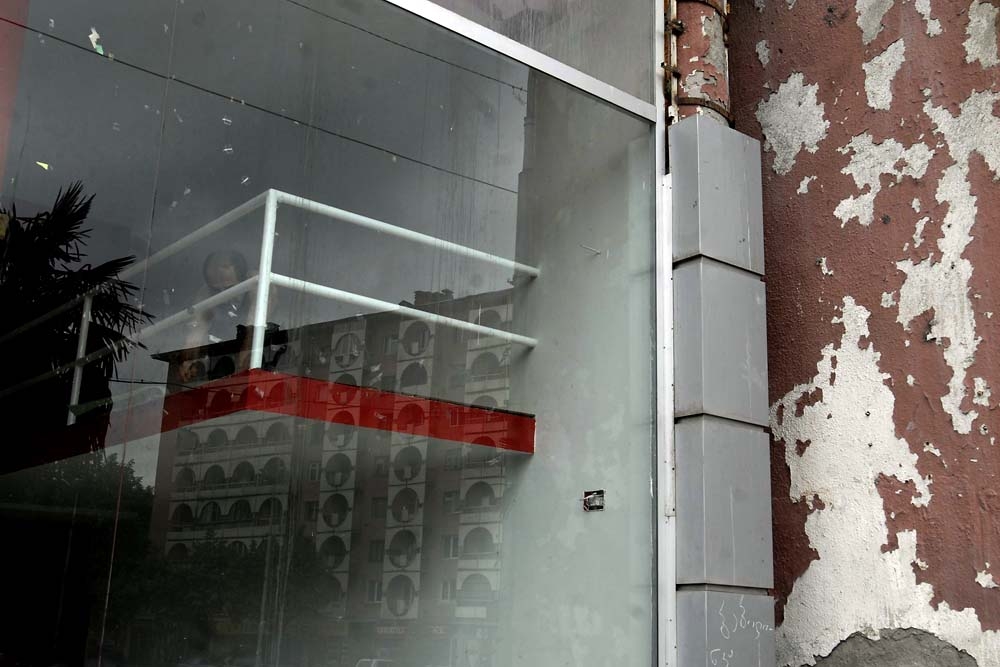 While buildings near the new parliament have received facelifts, most neighborhoods in the center appear to be in slow decay. 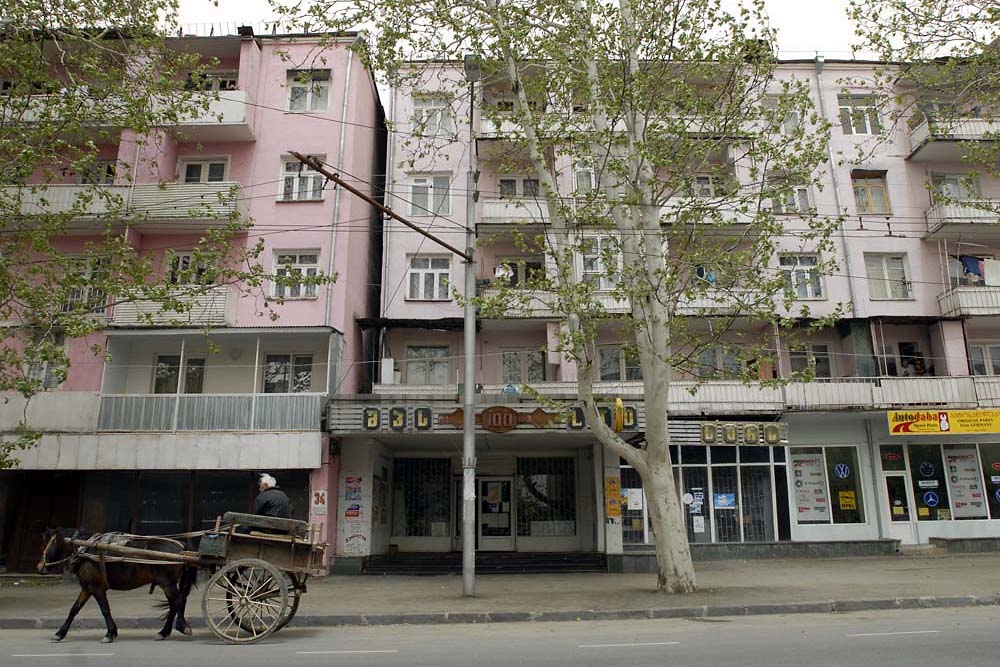 Without funds for infrastructure projects and agriculture development, local NGOs don't expect the economy to improve. 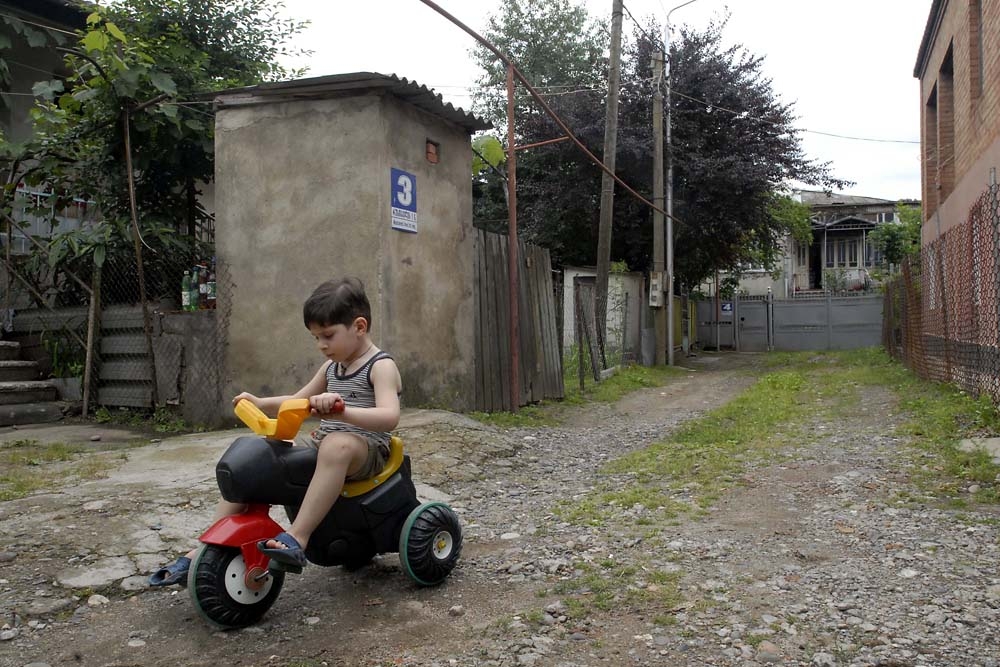 Giorgi, 4, plays in his yard on one of the quiet streets that branch off from Rustaveli Avenue, the main street. 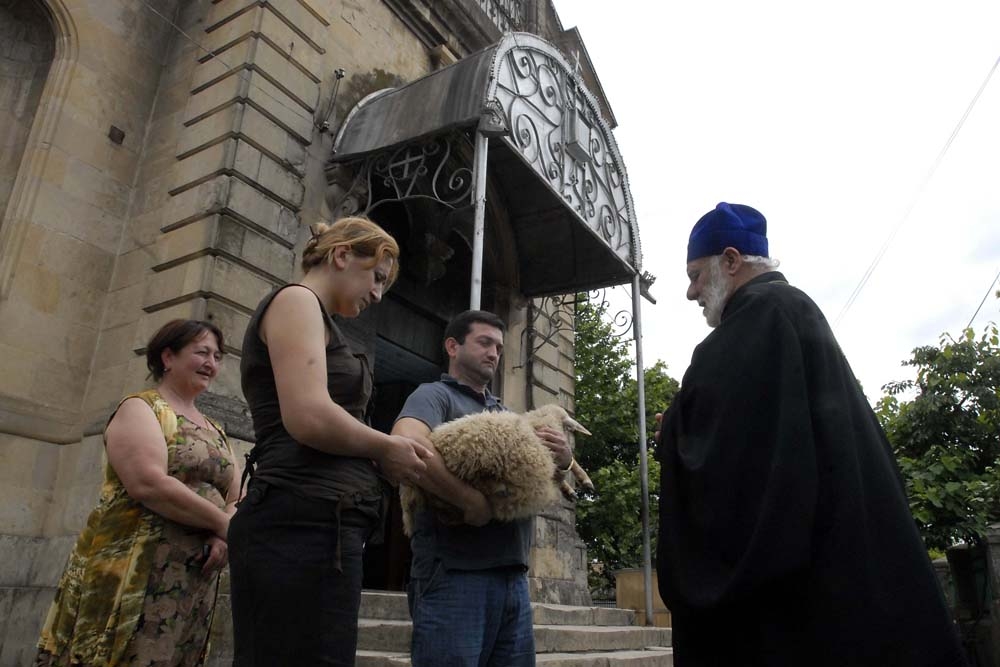 A family brings a lamb for sacrifice on Ninoba (St. Nino's Day) to a church in Kutaisi. 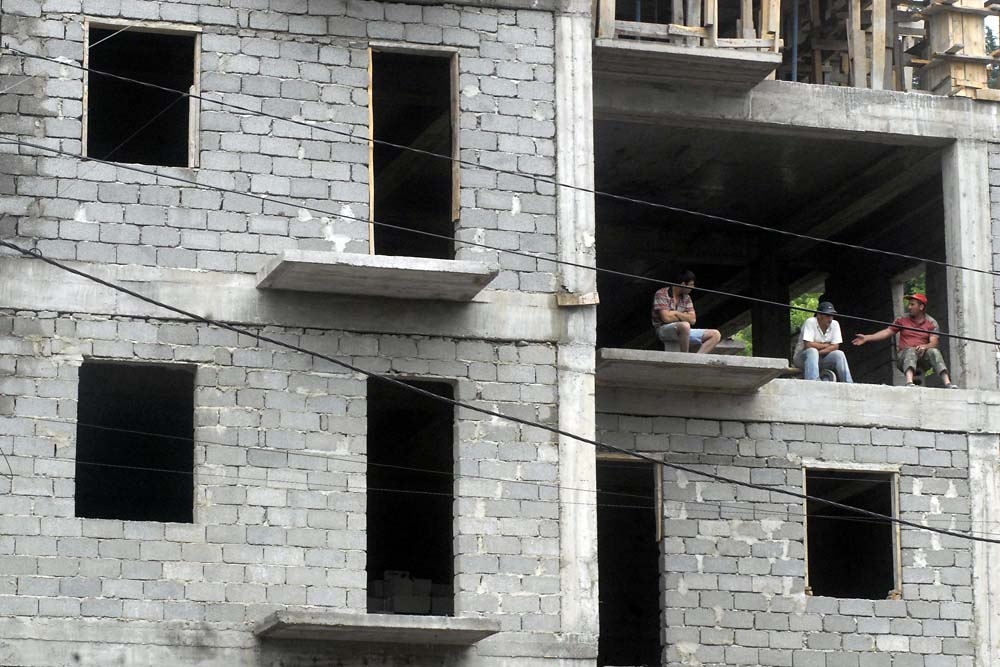 Because unemployment is so high, Kutaisi has had a rough transition from its Soviet-era role as an industrial capital. 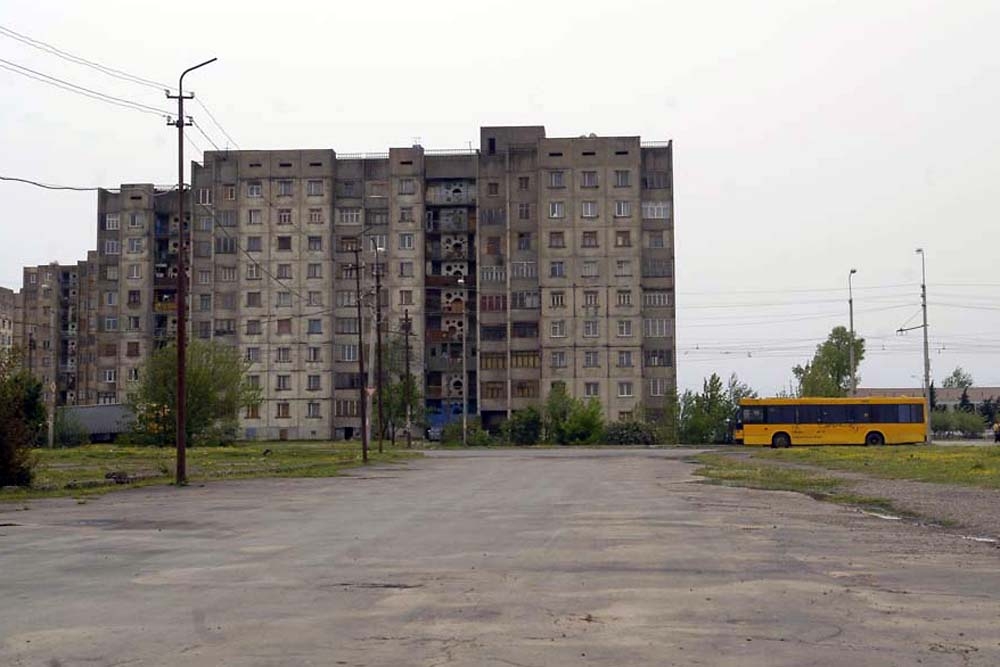 Two years ago, the Georgian government decided to move the parliament to Kutaisi. 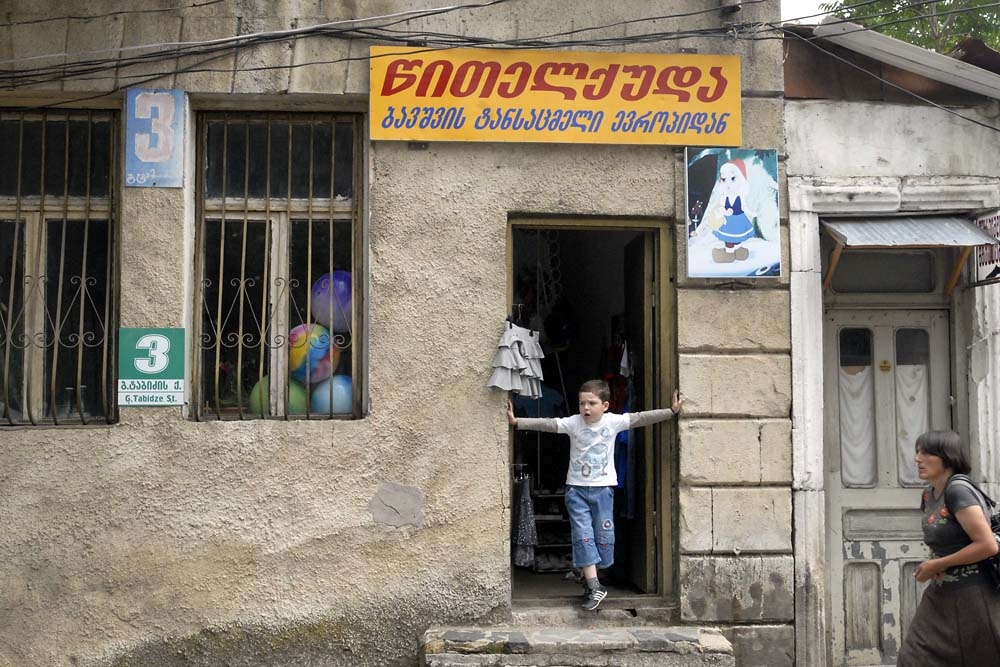 A new park and fountains have also been built, as the city gears up for its new role. 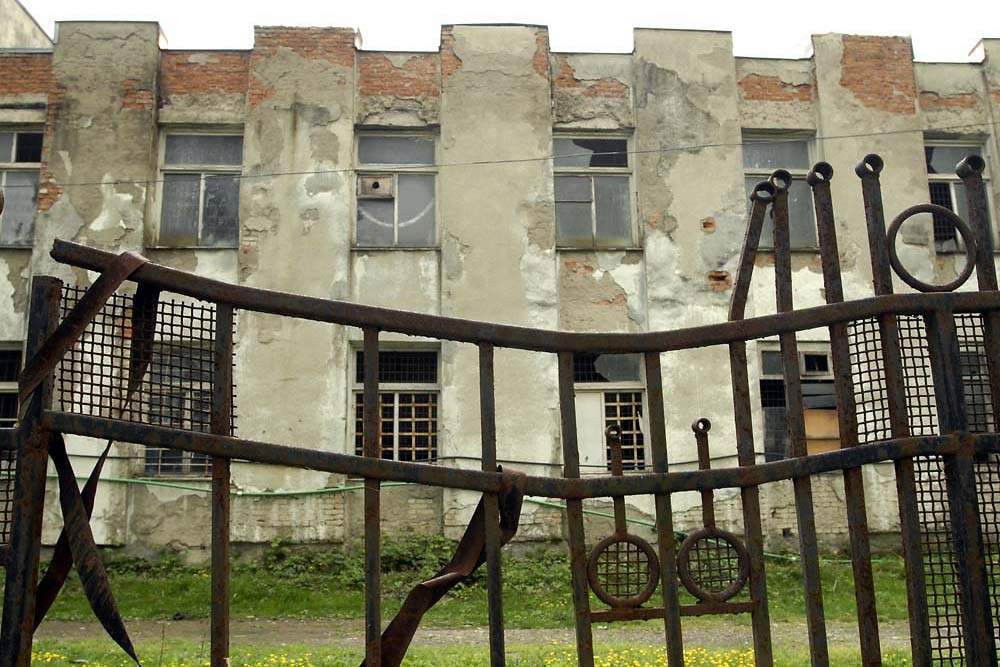 The government is funneling in money as part of its plans to transform the city into the country's new political capital. 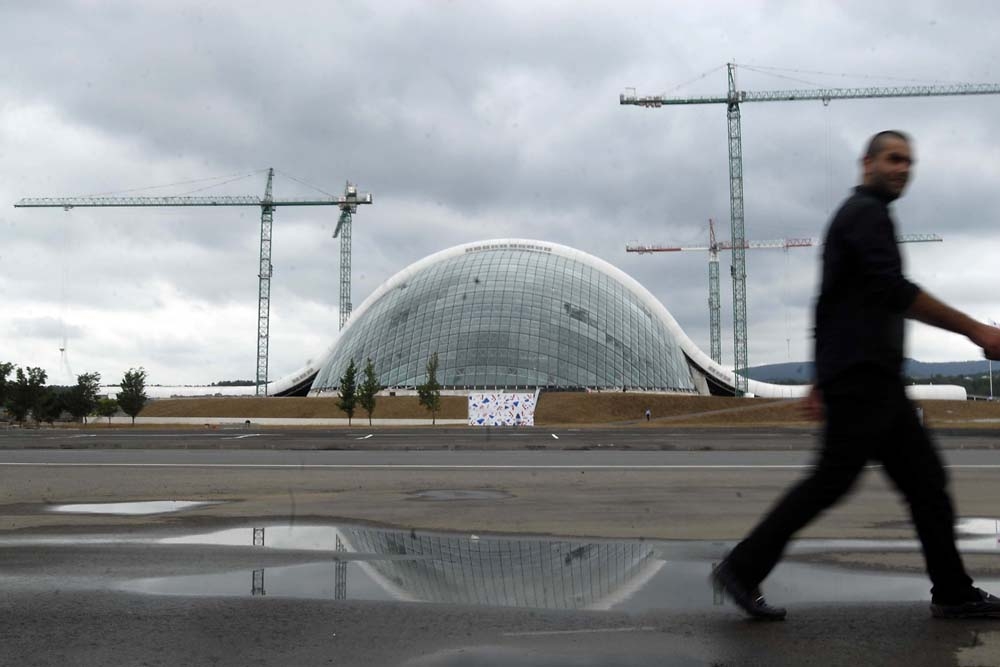 Designed by Spanish architect Alberto Domingo Kabo, the new parliament uses a mixture of glass and steel.
prev
next

When it comes to public works, there can be a fine line between stately and profligate. A case in point is Georgia’s new parliament building, which is under construction in Kutaisi, a former industrial center that is hoping to shake off its rust.

Officials see the new parliament building as a modernist masterpiece that will drive the redevelopment of an economically depressed region. Once completed, the glass-sided structure, designed by Spain’s CMD Ingenieros, will offer legislators plenty of elbowroom, with 4,200-square meters of space.

Georgian President Mikheil Saakashvili, who has prioritized giving municipal buildings across Georgia a new look, says that the Kutaisi project embodies the essence of the Westward-focused country’s future. “The new Georgia [is] modern, impressive and transparent,” he told attendees at the building’s presentation on May 26, Georgian Independence Day.

Critics, meanwhile, see the parliament as something right out of the classic science fiction series Star Trek, a misplaced monument of an overactive imagination. Beyond questioning the building’s aesthetic qualities, they say it is emblematic of the closed-door nature of the Saakshvili administration’s budgeting process. And ultimately, they worry that moving parliament out of Tbilisi will turn out to be nothing more than a colossal waste of money.

Chiding the government for what it termed a “total” lack of transparency about the new parliament’s cost, development and construction, the Georgian Young Lawyers Association (GYLA) noted that it took two years to track down how much the government was spending on the parliament, and the source of the funds. The overall construction cost is now estimated at $82.5 million (133.7 million lari). Nino Tvaltvadze, GYLA’s development manager in Kutaisi, claimed that the government still has not responded to the group’s queries about which government agency is responsible for oversight of the project.

The new parliament will not open officially until after the October parliamentary elections. The old, 540-room Soviet-era parliament in Tbilisi will be privatized. Only time will tell whether or not the Kutaisi structure lives up to the government’s stated expectations. But the debate over the merits of the project seems set to intensify in the coming weeks, spurred in part by a job-site tragedy.

A 30-year-old construction worker was killed on June 7 when scaffolding collapsed at the parliament site. It was the third work-related death for the project since construction began; in 2009, two people died when a Soviet war memorial was blown up to clear the site. The construction company has denied local reports that 20 people were injured in the June 7 incident. Declaring himself “very angry” about the mishap, Saakashvili, in televised remarks, implied that inattention to proper work procedures was the cause, and recommended a criminal investigation.

For Kutaisi, a city of 196,800 about a two hours’ drive west from Tbilisi, the parliament project represents a potential foundation for the restoration of its faded glory. Though often sneered upon these days as a provincial backwater, Kutaisi was Georgia’s capital from 978 until 1122, and contains two UNESCO World Heritage sites – the Bagrati Cathedral and, in the outskirts, the Gelati monastery – both built during the city’s heyday.

The pending shift of the parliament from Tbilisi to Kutaisi has spurred not just the construction of the parliament building, but also a new airport featuring a 55-meter-high air traffic control tower that pulsates a rainbow of colors. In addition, a portion of the city center, including the opera house, has been refurbished, and three new glass-sided municipal office buildings, including a futuristic “shopping-mall”-style administrative center, have been built.
Accustomed to living in the shadow of Tbilisi, as well as that of the Black Sea port city of Batumi, Kutaisi residents generally welcome the influx of attention and resources. “Of course, we hope things will be better --that business will be better and people will be employed,” said grocery-store manager Fati Gogatishvili. Currently, the official local unemployment rate runs at 9.3 percent.

Many of the hoped-for economic benefits are predicated on parliament’s 150 members and their families moving to the Kutaisi area from Tbilisi. To encourage them, the government plans to build – at a cost that is not easy to determine -- living quarters for parliamentarians in the nearby Soviet-era spa town of Tsqaltubo. Deputies not from the region will receive travel stipends to commute to Kutaisi, according to parliament’s Procedures Committee. MPs contacted by EurasiaNet.org said it is “too early” to comment about whether they will actually make the move.

Once the legislative move is complete, services, driven mainly by the expected presence of MPs, could create jobs. So far, though, locals say they have noticed no new shops, law offices or restaurants. At the same time, prices for retail goods and real estate reportedly have risen.

Misha Tigashvili, the general director of the Kutaisi Free Zone, a tax-free investment area, maintained, that investment and jobs will come once Kutaisi’s new “brand” name gains traction. Tigashvili, who brought the Egyptian manufacturing company Fresh to Kutaisi in 2009, told EurasiaNet.org that his Egyptian partners plan to invest up to $10 million in a hotel near the new parliament complex.

Such signs of investment and economic activity could prove a key test for “the validity of the regional economic argument” used to justify the parliament’s move, commented Lawrence J. Vale, a professor of urban design and planning at the Massachusetts Institute of Technology. “Because such moves can harbor a variety of motives -- and can be both productive and nefarious -- they are important things to watch closely as a way to diagnose larger political trends,” Vale said.