The meeting to which Tbilisi would have been obligated to invite the Russian foreign minister has been moved to Strasbourg. 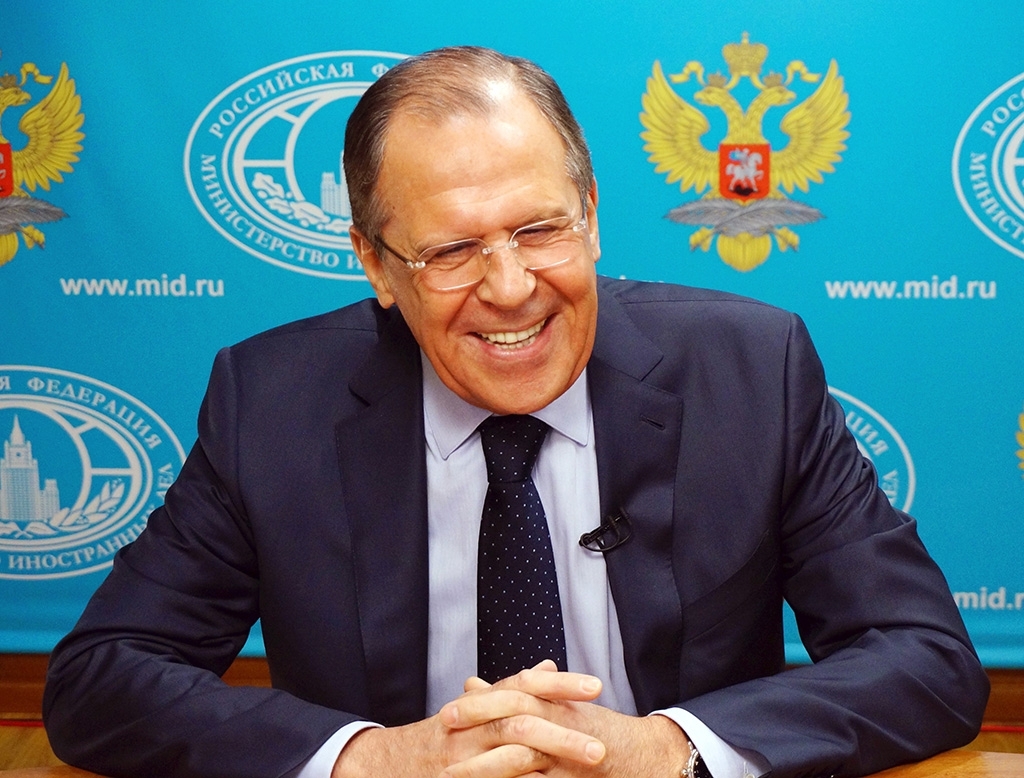 Russian Foreign Minister Sergey Lavrov won't be coming to Tbilisi after a controversy about his potential visit resulted in the meeting being moved to France. (photo: mid.ru)

Georgia has escaped a looming scandal over a potential official visit by Russian diplomats to Tbilisi, as a Europe-wide gathering of foreign ministers has been moved from the Georgian capital to Strasbourg, France.

The Strasbourg-based Council of Europe made the decision to change the meeting’s venue on February 26 following a festering controversy in Georgia. Tbilisi currently holds the rotating presidency of the Council, and is thus obligated to welcome delegations from all of the organization's member states, including Russia, at the annual ministerial meeting.

But in Georgia, Russia is regarded as an enemy state, and Foreign Minister Sergey Lavrov – who would normally be the official to attend such a gathering – is second only to President Vladimir Putin as the embodiment of the Kremlin’s aggressive posture toward Georgia.

The volatility of the issue was illustrated the day before by an incident between Lavrov and a gaggle of Georgian women journalists who doorstepped him at the UN headquarters in Geneva, asking him about his plans to visit Tbilisi. Lavrov didn’t respond to the question except to call them “sick.” The reporters persisted, and a minor contretemps followed.

Video shot of the incident showed barely any physical contact, but Maria Zakharova, the Russian foreign ministry spokeswoman, posted a picture of injuries – barely-there marks on her wrist and leg – that she supposedly sustained during the incident. “We had to push out of our way the women, who lost all dignity,” Zakharova wrote on Facebook. “My colleague and I got hit, but the boss got off without injuries,” she added half-jokingly, adding that it was “pathetic” to make such fuss about a visit of a foreign official.

Georgians and others responded witheringly to her demonstration of the minor wounds.

“You should seek immediate emergency care for your gruesome injuries,” replied one Georgian social media user. “It’s like the history of Archduke Franz Ferdinand repeating itself,” wrote another. A third posted a gruesome photo of a woman wounded in the 2008 war between the two states.

Blown out of proportion as it may have been, the incident offered a potential preview of what could have happened in Georgia, where Russia is widely seen as an occupying force and bully, should Lavrov or his deputies have chosen to come. An official visit to Tbilisi by a far-less-important Russian politician sparked a national crisis last year.

Georgian Foreign Minister Davit Zalkaliani, who announced the Council's decision, expressed regret that the meeting will not be held in Georgia. But he also noted that a visit by Lavrov or other Russian delegates would breach Georgia’s “law on occupied territories,” which criminalizes entry to Abkhazia and South Ossetia – two breakaway regions of Georgia with de facto governments heavily backed by Russia – except via Georgia proper.