Is the government trying to seize a port on China’s Belt and Road? 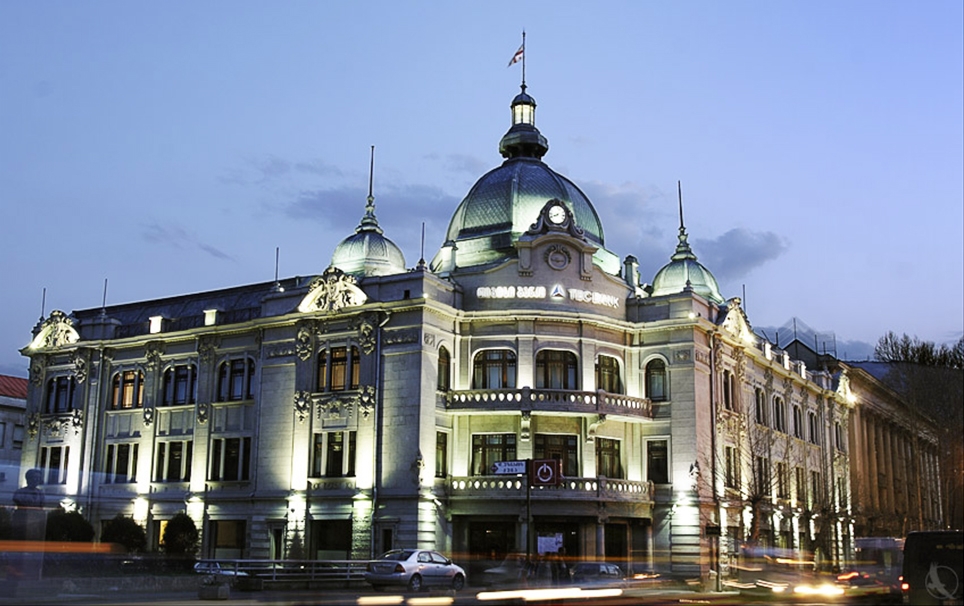 A fast-escalating fight between the Georgian government and a leading Georgian bank is casting a pall on the nation’s largest economic project, the internationally backed port of Anaklia.

When Georgia’s best-known banker Mamuka Khazaradze went to parliament on March 4, he stepped out of his habitual taciturn character and delivered a thundering indictment of the government and its ruling party. In his lengthy, often short-tempered responses to lawmakers’ questions, Khazaradze described the ongoing investigation into his bank, TBC, as a deliberate campaign of harassment and political vengeance.

“We are facing an attack the likes of which we have not seen for 27 years [since the bank’s founding],” said Khazaradze, the founder of TBC Bank, one of Georgia’s two largest private banks. His testimony was carried live on television.

What Khazaradze called “an orchestrated attack” began last June when four government regulators launched synchronized inspections of a 2008 transaction at TBC. The following month, the Prosecutor’s Office launched a criminal investigation into an alleged money-laundering scheme at the bank.

From the outset, the investigations were dogged by suspicions that authorities were orchestrating them to settle old scores. In his testimony, Khazaradze linked the bank’s problems with the government to the development of the Anaklia Black Sea Deep Water Port, Georgia's bid to become a key link in China's sprawling Belt and Road Initiative.

TBC Holding, an affiliate of TBC Bank, leads the international consortium involved in the $600 million project. “If you don’t want us to be in the Anaklia project, then man up and tell us directly,” Khazaradze said during the hearings.

Government critics believe that the investigations are part of a wider attempt to torpedo the project or at least to snatch it away from TBC Holding. But the bank’s troubles could also be rooted in domestic politics.

Khazaradze dropped a bombshell during the testimony alleging that he was blackmailed by Interior Minister Giorgi Gakharia. The banker claimed that the minister conveyed several requests to him in a letter sent at the height of last year’s presidential campaign. Should he fail to comply, “they threatened that they would destroy the reputation of TBC Bank both locally and internationally,” Khazaradze said.

The day after testifying, Khazaradze submitted a copy of the letter to the Prosecutor’s Office. Telegraphing little trust in the government’s investigation, Khazaradze said that he had sent the original to London for forensic examination.

The Prosecutor’s Office made public the copy of the letter, which demands that TBC Bank publicly condemn Georgia’s largest opposition party, United National Movement, during its attempt to win the presidency. The letter also requests that Khazaradze use his influence to secure favorable television coverage of the ruling Georgian Dream party.

Minister Gakharia dismissed the accusations, suggesting the letter was a forgery. “I’m not in business of writing letters. I say what needs to be said directly, in person,” he told journalists on March 5. He described Khazaradze’s testimony as “one privileged businessman’s attempt to attain immunity by spreading rumors.”

Khazaradze said that he was also blackmailed by the National Bank of Georgia. With the inquiry pending, the state financial regular banned TBC from providing credit to Khazaradze and demanded that he leave the bank’s the supervisory board. Khazaradze stepped down as a board chairman last month to — in his words — spare TBC further trouble.

He claimed that the National Bank and the Prosecutor’s Office intentionally made public their investigations to hurt the bank, which saw its shares slide on the London Stock Exchange in the wake of the probe.